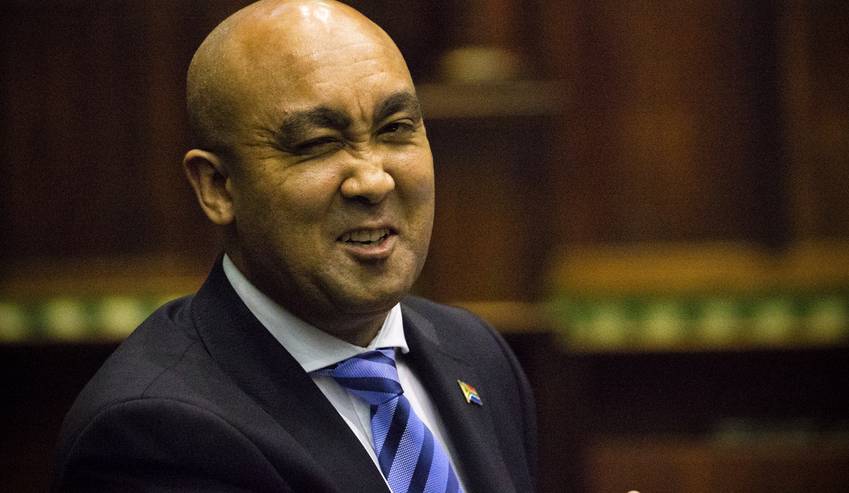 The Asset Forfeiture Unit seems to be on a roll. The unit’s head of operations, Advocate Knorx Molelle, during a live television interview on Tuesday afternoon, confirmed that the preservation order obtained against global consulting firm McKinsey and Gupta-linked Trillian is but the first of several in the state capture investigation. By JESSICA BEZUIDENHOUT.

The AFU’s head of operations, Advocate Knorx Molelle told news channel, eNCA, that there are about six other such applications linked to the units state capture investigations, but would not provide detail until such time as they are concluded.

In addition, a joint team of investigators are busy consolidating 17 matters that involve about R50-billion, suspected to be the proceeds of crime, which is being sought to be returned to state coffers. “Our priority is to secure the funds,” Molelle said.

Molelle and colleague, Advocate Malini Govender of the Specialised Commercial Crimes unit, provided the first official insight into the scale of the state capture investigation although they were not keen to share the particulars thereof during the live interview.

The overall investigation has experts from National Treasury, the Financial Intelligence Centre (FIC) and CIPC, the registrar of companies and intellectual property.

The AFU, a unit of the National Prosecuting Authority, opted for the civil forfeiture order against McKinsey and Trillian as those are not necessarily dependent on criminal prosecutions, which if and when initiated, may take an extended period of time, Molelle said.

She cited the prosecutions of former ANC parliamentary chief whip, Tony Yengeni and businessman Schabir Shaik, both of whom were prosecuted and convicted several years after the cases against them were initiated.

The AFU has won much praise for moving swiftly to secure the preservation order against McKinsey and Trillian – they were only assembled by NPA head, Shaun Abrahams in September last year. A joint investigation by the NPA and the Hawks kicked off in March 2016.

Molelle and Govender told eNCA that contrary to public perception, their boss, Abrahams had fully supported their work, insisting on timeframes at times and also checking and ensuring that the team had the resources they needed for the state capture investigation.

“The work done, has been under his stewardship,” Molelle said.

The AFU obtained a High Court order on December 14 to seize and preserve assets worth R1.6-billion from McKinsey and Trillian as a result of a controversial deal involving state owned power company, Eskom. The order is scheduled to be served on the two companies today.

McKinsey told Daily Maverick that the cash being sought from it in respect of the controversial Eskom deal had been ring-fenced in a separate account and is ready to repaid to the South African public.

“We have written to Eskom five times since October 2017 asking them to instigate the required High Court proceedings. They have taken no action.”

“We have been taking legal advice and will find another way to give this money to the people of South Africa in case Eskom decides not to pursue the matter in an appropriate legal forum.”

“We are returning this money not because we have done anything wrong but because Eskom has told us they did not follow the appropriate process. Eskom had informed us, in February 2016, that it had secured the necessary approval from the National Treasury (documents provided by Eskom’s lawyers confirm this). However, Eskom subsequently informed us, in October 2017, they had not done so,” McKinsey said in a statement in response to questions from Daily Maverick. DM