Scorpio: Gupta-linked Trillian and McKinsey’s assets to be frozen by order of High Court 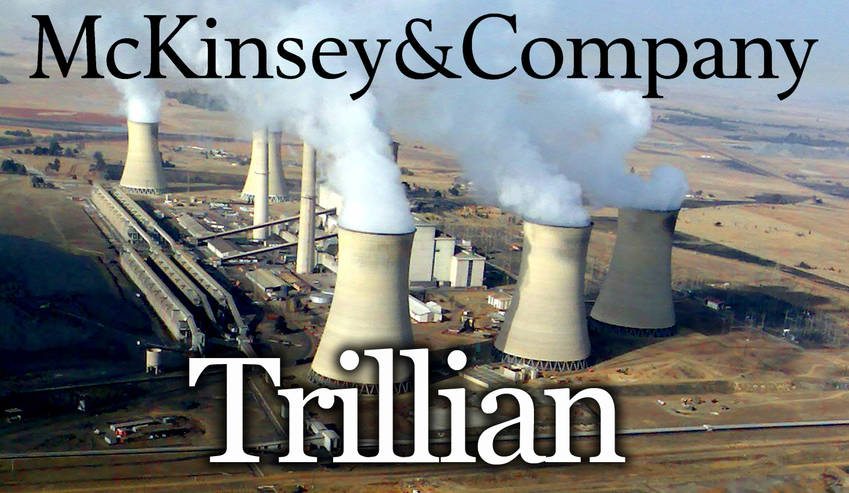 In one of the most significant moves in the anti-State Capture drive, South Africa’s Asset Forfeiture Unit obtained an urgent High Court order to seize and preserve assets belonging to the Gupta-linked Trillian and global consulting firm McKinsey just days before Christmas. By JESSICA BEZUIDENHOUT for SCORPIO.

Consulting firm McKinsey & Co is scheduled to be formally served with a copy of a preservation order obtained against it by the Asset Forfeiture Unit on December 14.

The Asset Forfeiture Unit went to court for an order against the global company as well as the Gupta-linked Trillian Capital Partners for the nearly R1.6-billion they scored from the country’s state-owned power utility without a valid contract.

The application was brought under section 38 of the Prevention of Organised Crime Act, a move usually linked to a criminal investigation and/or prosecution.

NPA spokesman Luvuyo Mfaku would not be drawn on this, but confirmed that the order was obtained following an ex parte application on December 14.

He said it could not be served on the parties at the time due to the impending festive season.

Responding to a question from Daily Maverick, Mfaku said the NPA had no reason to be concerned about the dissipation of assets as a result of the delay in serving the order on the two companies.

He emphasised that the Asset Forfeiture Unit obtained one single order relating to the R1.6-billion being sought from both McKinsey and Trillian.

The NPA will release a full statement on the case on Tuesday and it would release a copy of the order thereafter, Mfaku said.

The High Court order presents a fresh crisis for McKinsey in view of the AFU’s mandate of seizing assets suspected of being the proceeds of crime.

In a statement, Mckinsey said it had not received any formal communication.

“As we have said before, including before the Parliamentary Inquiry, we will return the fee we earned from the Eskom turnaround programme (R1.028bn) no matter what. We welcome any efforts to help us pay back the money. The R1.028bn is in a ring-fenced account, held separately, and is ready to be paid. It has been there for over two months,” the company said.

The company said it had written to Eskom five times since October 2017 asking them to instigate the required High Court proceedings but no action from the parastatal was forthcoming.

“We have been taking legal advice and will find another way to give this money to the people of South Africa in case Eskom decides not to pursue the matter in an appropriate legal forum,” it said, adding that the money was being returned “not because we have done anything wrong but because Eskom has told us they did not follow the appropriate process.”

“We welcome all actions to resolve this issue and will continue to cooperate with the South African authorities and official investigations into these matters.”

Attempts to reach Trillian were unsuccessful.

Labour federation SAFTU, in a strongly-worded statement issued on Monday afternoon, said its legal team had actively worked with the AFU since opening a criminal case against Trillian and its shareholders in October.

“The South African Federation of Trade Unions (SAFTU) applauds the Asset Forfeiture Unit (AFU) team, under advocate Knorx Molelle, for obtaining an order under section 38 of the Proceeds of Crime Act against the companies that stole money from Eskom, Trillian and McKinsey and Co.”

The federation says it wants the millions allegedly looted through Trillian and diverted to Gupta bank accounts to be returned to state coffers with interest and penalties.

It said McKinsey’s claim of being governance experts stands exposed as the company has shown itself to have been party to looting, the statement issued on behalf of SAFTU’s general secretary, Zwelinzima Vavi, said.

“In October, SAFTU laid criminal charges against Trillian and its shareholders. Since then we have actively engaged with the AFU team through our lawyers to provide whatever assistance they needed to bring this order to pass. We were pleased to find other organisations such as OUTA and PPLAAF doing the same work alongside us,” Vavi said.

SAFTU was fully aware of of the AFU order, but agreed not to communicate details until such time as it had been served on the two companies and in order to allow for the tracing of assets to take place effectively.

While urging the court-appointed curator to move with haste now to secure the assets, especially those held by Trillian which is a shell of its former self, Vavi said alleged culprits such as the Guptas, their right-hand man, Salim Essa and Trillian’s CEO, Eric Wood, could long have been in the dock by now.

“We are outraged that the NPA and Hawks have still made no progress with the criminal prosecutions.

“The order granted against McKinsey and Trillian is the result of constant pressure by SAFTU and the good work of honest AFU lawyers and investigators. It is the beginning of the closing of the net, but it is not evidence of Shaun Abrahams’ work. It occurred despite him.” DM