Analysis: The shaking of South Africa’s political equilibrium, still a work in progress 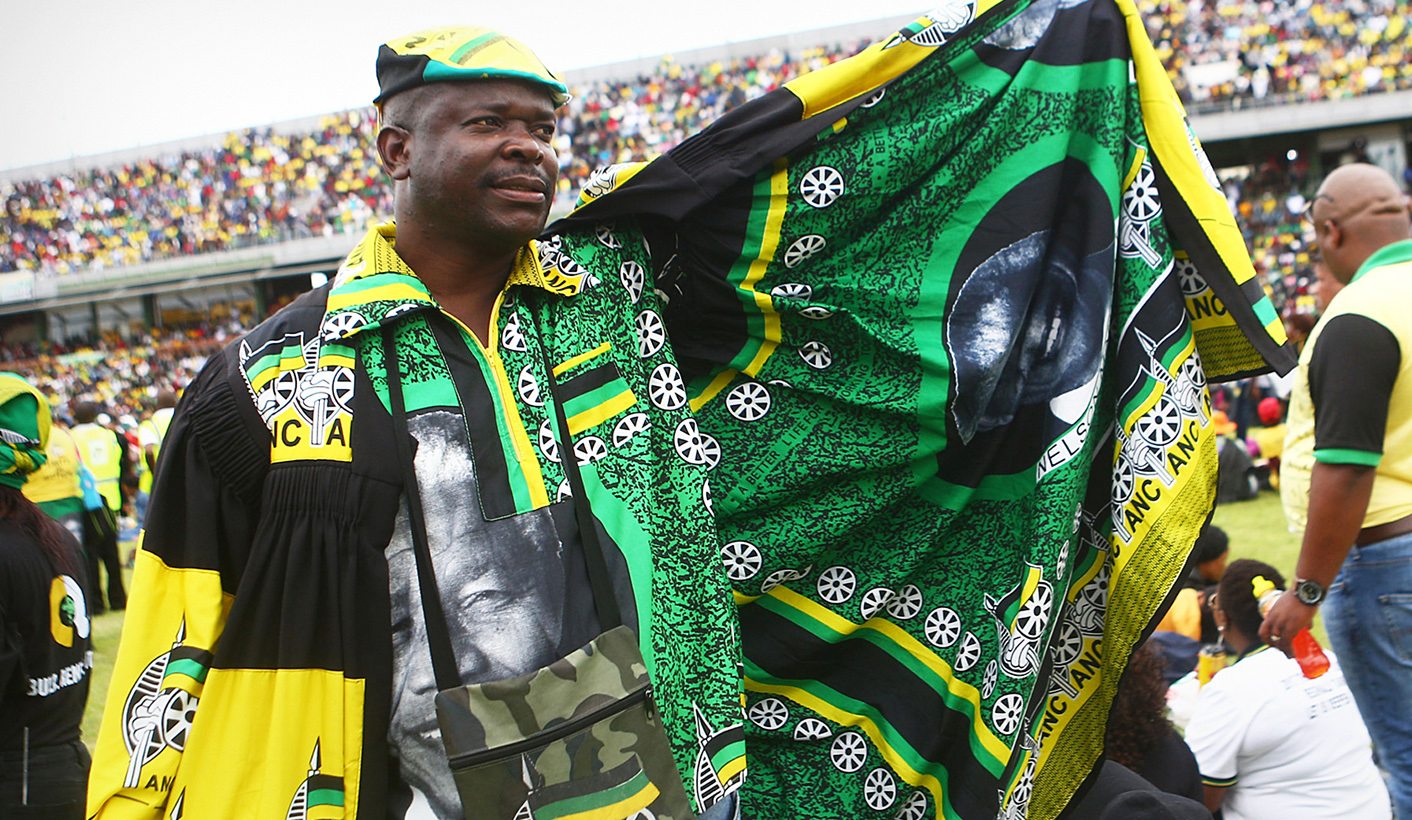 The first few days of 2018 have led some people to be tempted into believing that the political dynamics in the country have changed overnight. Up until 19 December 2017 it was firmly believed the ANC was on a downward trend, that its time in power was limited. As a result of that, the opposition parties were on the up, they were growing in support. Now, just a few weeks later, goes the argument, things look very different. By STEPHEN GROOTES.

The DA has serious problems in Cape Town and Joburg. The Economic Freedom Fighters (EFF) appear to be desperate, attempting to grab back public attention by any means necessary. There are many reasons to believe this analysis is correct, but it is also important not to overdo it. Things have changed over the last 20 years, and it is unlikely that the ANC could ever have the kind of dominance it had before Jacob Zuma became president.

The ANC’s January 8th Statement delivered by its new leader, Cyril Ramaphosa, has led many to start the year with a renewed sense of optimism. The claims of ANC meetings and events starting on time, the actual attention paid to the economy, the renewed promise that corruption will finally end and that the intelligence, police and prosecutorial services will actually serve the people rather than individuals, have led many to believe the Zuma years are over. Certainly it must be that the worst of those days are indeed behind us.

At the same time, Cape Town mayor Patrica de Lille’s very public fight with the DA, and her refusal to leave office amid claims that the party is not able to deal with the drought crisis there, has led to suggestions that it’s unable to govern effectively. Then, in Joburg, the DA mayor there, Herman Mashaba, has suspended and effectively removed his finance head, Dr Rabelani Dagada, amid claims of nepotism, conflict of interest and price-fixing.

All of this is exactly the kind of thing the DA enjoys accusing the ANC of.

Meanwhile, the EFF is now the object of more ire from the chattering classes over its trashing of H&M stores over the weekend, following the publication of an advert that was seen by many as racist. This has led to claims that the EFF is desperate and its leadership concerned that without Zuma as bogeymanPresident it will lose its relevance.

All of this, taken together, has led to some hoping that in fact the ANC will now reclaim its “glory days”, that it will again be almost completely dominant in our politics, that it could even reclaim its two-thirds majority in the National Assembly. Certainly, its prospects are higher than they have been at any time since Zuma became its leader. It appears to have passed the lowest part of its dip, and is now on the up.

But at the same time, much has changed fundamentally in our politics.

First, it is no longer true that the ANC has a lock on the voters to whom its message is that it liberated them from apartheid. While most of the economic situation in which the majority of black people still live could, and should, be blamed on apartheid (and our history before that), the ANC is vulnerable to the claim that it has been unable to grow the economy enough to change this terrible inequity. Many people who previously voted ANC may feel that actually it no longer deserves their vote only for reasons of history, but must now convince them that it will improve their future. It will have to actually work for their vote.

This may seem relatively easy considering that an urban polyglot, Ramaphosa, is likely to bring back voters who have previously just abandoned voting. But Ramaphosa is not the entirety of the party, just as Zuma is not the entirety of its corruption. To put it bluntly, the corruption stories involving senior party leaders are going to keep coming. It is obvious that both deputy leader David Mabuza and Secretary-General Ace Magashule have major skeletons in their closets, and which are unlikely to remain there. Both investigative journalists based in the urban centres, and the enemies they’ve made in their provincial capitals, now have a great interest in uncovering and releasing damaging information. This is likely to keep the party in the headlines for all the wrong reasons. (Never mind that, occasionally, an ANC MP could find themselves arrested for stock theft.)

Then there is the actual problem with the management of the party. Magashule has not yet shown that he will be able to manage the ANC in the way that Gwede Mantashe has. Mantashe faced much criticism over the years, but he understood that constituencies need to be managed, and that your enemies need to be kept close. Magashule has tended to remove and isolate his opponents rather than embrace them. This could lead to serious problems in the party down the time line. Political blow-ups happen – his role will be in trying to limit them, which is difficult at the best of times. Especially when the make-up of the national executive committee is such that the spontaneous combustion of the ANC is not entirely and completely off the table.

Then there are the complicated and difficult problems on the campaign trail.

KwaZulu-Natal has the second highest population in the country. Yet no one from that province managed to get into the Top Six of the national leadership. During his final press conference as secretary-general, Mantashe was asked what contribution Zuma had made to the party. Yes, it was obviously a barbed question. Mantashe suggested that Zuma had a certain connection to the people that the party was going to miss. He was probably referring to Zuma’s well-proven ability to connect with a crowd, to speak to their minds and their hearts, and to their core identity. This was particularly effective in KZN, where the ANC’s share of the vote jumped when he first campaigned there as ANC leader in the 2009 elections. There appears to be no one who can perform that role in the top leadership at the moment.

At the same time, there are small indications that the IFP may be getting back on track in KZN. It is also a province that was once run by the IFP, which means voters were open to changing their minds in the recent past, unlike people in say, Mpumalanga. As a result, the ANC may be vulnerable to losing votes in KZN. This doesn’t mean it will lose control of the province, but it does mean it could lose votes that are important to its national total.

At the same time the opposition parties, despite their immediate issues, are far from losing their agency. It’s entirely possible that the claims against De Lille and Dagada may turn out to be true, and the DA is able to remove them both. This would allow it to claim that it has proof that it acts against corruption while the ANC does not. What is a bad story for the DA this week could turn into a good story in two months’ time. All of it, of course, in case Cape Town avoids running out of water, which could be a genuine game changer.

Then there is the EFF. It may be that Julius Malema’s actual goal in the H&M protests is to claim that his party is the group that will actually fight racism effectively. It could try to say that it is in fact the leader in the fight against racism. That would surely be an effective claim to make, in a country with as many racist incidents as this one. His message then would be that Ramaphosa is still a tool of whites while his party is the only “legitimately black” party, or the only one that will actually take on white racism that is protected by its economic power.

The Business Day writer (and former DA official) Gareth van Onselen has suggested that the DA’s real problem is that it needs to manage the inherent tension between being an opposition party nationally, while in power in several big cities and the Western Cape. To a large extent this must be true. It is entirely possible that it somehow resolves that problem, and is able to once again claim that it simply governs with less corruption than the ANC.

It is obviously foolish to make predictions about what will happen in next year’s elections at this stage. This shows how much has changed. In 2014 it was possible to make predictions a full six months before the polls and be just one percentage point out. That simply cannot be done now. Which shows how unpredictable everything still is. DM