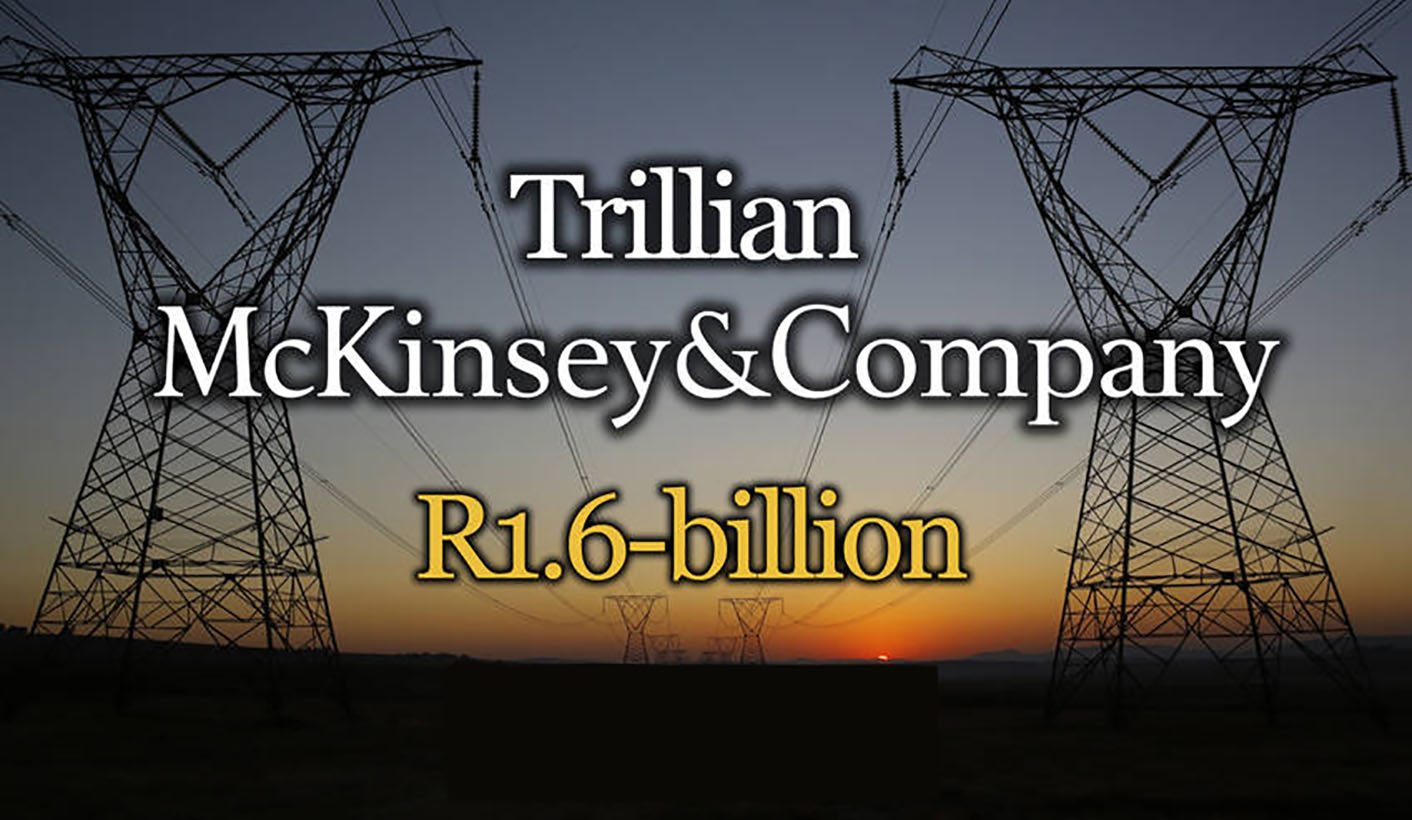 “Without detracting from Trillian’s complicity in what is essentially theft of funds from Eskom, I submit that McKinsey played an instrumental role in siphoning the R1.6bn out of Eskom,” reads the statement in support of an application for a preservation order of the two companies assets. By JESSICA BEZUIDENHOUT for SCORPIO.

“Collusive and patently corrupt.” This is how a senior investigator of South Africa’s Asset Forfeiture Unit has described the conduct of global consulting firm McKinsey & Co and the Gupta-linked Trillian.

The statement by Samson John Schalkwyk formed part of the December ex parte application brought by the National Prosecuting Authority to preserve nearly R1.6-billion in assets belonging to McKinsey and Trillian.

The application and court order, the first of its kind since the State capture scandal erupted in South Africa in early 2016, is aimed at prohibiting the companies or their representatives from dealing in the assets pending an application for a forfeiture order to be made by the AFU in terms of the Prevention of Organised Crime Act.

Evidence collected by the AFU team was seemingly enough to convince a High Court judge to issue the order on the grounds that the R1.6-billion paid by Eskom to the two companies were the proceeds of unlawful activities – fraud, theft, corruption and money laundering.

Among the individuals whose voluntary testimony in respect of the Eskom contract formed part of the AFU application are Nenegate whistle-blower Mosilo Mothepu, a former Trillian executive who became the first to spill the beans on the alleged dodgy dealings of the Gupta-linked company, and her former colleague, Bianca Goodson.

The NPA on Tuesday afternoon confirmed that this case is among a total of 17 in terms of which it has identified an approximate R50-billion in recoverable assets linked to State Capture investigations.

Court papers state that Schalkwyk, during the course of investigating the controversial deal between state power company, Eskom, and McKinsey, had concluded that:

It was on this basis that investigators concluded that Eskom had unlawfully paid the money.

“Amongst some of the glaring gross irregularities and acts of criminality,” Schalkwyk said in his statement submitted to court, was that there had been no competitive bidding process in the appointment of McKinsey and Trillian nor approval from National Treasury for Eskom to have deviated from procurement processes.

In the absence of a valid contract, Schalkwyk said, there was “no legal obligation, none whatsoever” for Eskom to have paid them.

Said Schalkwyk: “Payments were made out of fraudulently generated invoices and in circumstances where services were not rendered. None whatsoever.

“The payment by Eskom to Trillian was induced by McKinsey which fraudulent instructed Eskom to pay Trillian when both McKinsey and Trillian knew the company had not rendered any services and as such was not entitled to the money.”

By 17:00 on Tuesday McKinsey said it had not received a copy of the AFU order and could not comment. In response to questions from Daily Maverick on Monday morning, the company said the cash being sought from it in respect of the controversial Eskom deal had been ring-fenced in a separate account and is ready to be repaid to the South African public.

“We have written to Eskom five times since October 2017 asking them to instigate the required High Court proceedings. They have taken no action.

“We have been taking legal advice and will find another way to give this money to the people of South Africa in case Eskom decides not to pursue the matter in an appropriate legal forum.

“We are returning this money not because we have done anything wrong but because Eskom has told us they did not follow the appropriate process. Eskom had informed us, in February 2016, that it had secured the necessary approval from the National Treasury (documents provided by Eskom’s lawyers confirm this). However, Eskom subsequently informed us, in October 2017, they had not done so,” the McKinsey statement said.

Repeated attempts to obtain comment from Trillian on this order were unsuccessful and the company also failed to respond to detailed questions sent by Daily Maverick on Monday morning.

It is unclear whether the NPA has severed the order on the company or any of the directors named in the court papers, including CEO Eric Wood and former director Tebogo Leballo.

Schalkwyk’s affidavit further alleges that Eskom officials had colluded with McKinsey in fraudulently circumventing supply chain process to their benefit and the detriment of Eskom.

He referred to a now well-publicised letter that a former McKinsey director had provided to enable Eskom to pay the Gupta-linked company despite no formal contract being in place.

“I submit that it is evident that the McKinsey letter to Eskom played an instrumental role in creating a veil of legitimacy to what was otherwise a non-existent unlawful arrangement, essentially a sham,” Schalkwyk said.

He continued: “Without detracting from Trillian’s complicity in what is essentially theft of funds from Eskom, I submit that McKinsey played an instrumental role in siphoning the R1.6bn out of Eskom.

“McKinsey appeared to have abused its pre-existing relationship as an Eskom service provider to unlawfully position Trillian and to create a veil of legitimacy.”

Both companies, the court papers state, were allegedly “willing participants” and had colluded in the scheme designed to milk Eskom.

McKinsey, in view of its international position and expertise and the very nature of its services, ought to have known better and should have been much more vigilant to prevent and avoid committing Eskom to such losses, Schalkwyk said.

The court-appointed curator, Medwin Madoda Sifiso Nxumalo of TKN Incorporated, has in terms of the Prevention of Organised Crime Act been authorised to take possession and control of the assets in question – whether inside South Africa or outside the country’s borders.

In addition, the curator may deal with any funds in any banking accounts forming part of the property seized and to instruct banking institutions regarding funds in affected bank accounts.

This suggests the hunt for assets is on – moneys flowing from Eskom to Trillian and onwards is now likely to be zoomed in on – even if some of it ended up with the Guptas in Dubai. DM