Analysis: Patricia de Lille and the battle for the hear...

Analysis: Patricia de Lille and the battle for the heart and soul of the (factionalised) DA 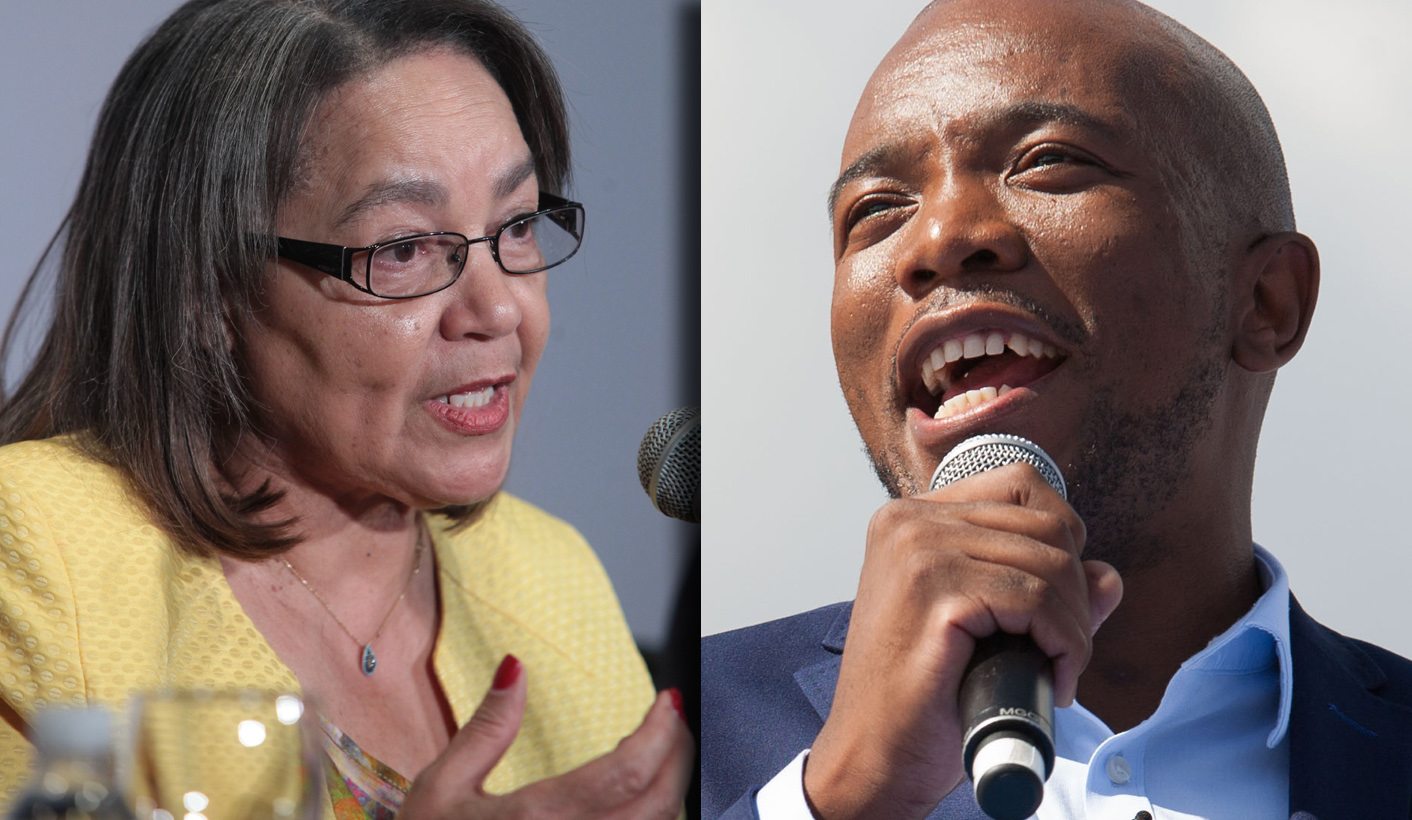 Cape Town Mayor Patricia de Lille effectively has little left but the mayoral chain. There’s a lot of spin but the bottom line is the deeply factionalised DA caucus in Cape Town, the city which the DA freely and frequently cites as proof of its governance track record when criticising the ANC. By MARIANNE MERTEN.

Patricia de Lille remains in her job as mayor of Cape Town, but is stripped of key powers and functions, while the DA federal legal commission investigates disciplinary charges against her of bringing the party into disrepute, failing to fulfil her duties and acting unreasonably. There is a tentative two-month deadline to complete this process.

Meanwhile, Sunday’s DA federal executive meeting directed the party’s Cape Town caucus to “formally bring a resolution to council that removes the mayor from any role in managing and directing the City’s response to the prolonged drought”, and to review the 2017 restructuring of the mayoral committee, De Lille’s top team, to “restore the proper decision-making authority”. This is expected to happen sooner than later.

The decision by the DA federal executive, its highest decision-making body, is a peculiar mish-mash couched in political spin of due process, “acting in the best interests of all the people of Cape Town” and the DA’s “deep and abiding commitment to delivering clean, accountable and transparent government”.

The reality is that Sunday’s outcome could have been different: the DA’s party constitution allows the sacking of its public representatives, who have lost the party’s confidence. That it did not come to this highlights the acute political calculations with a firm eye on the 2019 elections – and one that goes to the heart and soul of the DA and its fit into South Africa’s broader body politic.

Dropping De Lille, who won a two-thirds majority for the DA in the 2016 local government elections in Cape Town, at most 18 months before the 2019 poll simply is not feasible without the very real prospect of seriously damaging the DA’s prospects. The election of Cyril Ramaphosa as ANC president in December has shifted the party into a hopeful upswing, and has effectively shifted the political sands as the exit of President Jacob Zuma from the Union Buildings – the target of much of the DA’s political energy – appears to be a matter of when, not if, dependent on the necessary face saving measures. Locally, the ANC is already making political hay.

Dropping De Lille would also not necessarily address the problems of a highly factionalised state of the DA in Cape Town, which themselves are reflective of a broader battle in the party that is the biggest opposition nationally.

While the political realignment project Helen Zille kick-started on assuming the national leadership in 2007 has successfully reached out to black South Africans – the DA’s increasing voting support from 2009 provides evidence of that – it has sparked tensions and contestation within the party.

A core of true blue, white and influential liberals have struggled with the policy and personality changes that needed to happen as part of this project to broaden the DA’s appeal beyond getting voting support to substantive meaningful political repositioning. A younger, and increasingly black, contingent in the party has pushed back within the party structures to redefine the heart and soul of the DA. It has been a slow and often difficult battle to clinch concessions. Only in November 2013 did the DA accept race as a “legitimate proxy” for redressing the persistent apartheid legacy of inequality. It was a hard-fought-for allowance made in the DA’s process of policy formulation which, however, continued to include flippant proposals such as “opportunity vouchers” to school pupils to access better education prospects.

It’s a battle which has continued at a roiling simmer, usually away from the public eye, as the DA is quite good at managing its internal fractures. But the De Lille saga, for want of a better expression, has tested the party.

The first ructions emerged about two years ago and led to De Lille resigning as DA Western Cape leader in late January 2017 without completing her term. Styled as her focusing on the mayor’s job, the resignation as party provincial leader instead seems to have emboldened the other factions. Politically, the temperature stepped up in late 2017 when DA mayoral committee member JP Smith, who in many ways represents the DA old guard, became deputy in the Cape Town caucus at the metro congress in September where De Lille’s ally Shaun August lost to Grant Twigg.

It should not have been a surprise there would be problems. Smith, who holds the safety and security mayoral committee portfolio, has pursued a hardcore municipal by-law enforcement attitude without an eye on the bigger socio-economic issues that trigger, for example, homelessness. It has won him support among the more traditional DA supporters, and those who prefer the Not In My Backyard approach in the posh seaside and leafy suburbs. De Lille has a grassroots charm; she can talk with, not down to, people, whether they live in shacks, RDP homes or the houses of the working and chattering classes and is not intimidated when talking to those occupying mansions. And De Lille is keenly aware of the spatial distortions and inequalities that leave Cape Town open to criticism of being a racially divided, and racist, city.

It didn’t take long for temperatures to reach boiling point amid the factional jockeying on how the City of Cape Town should do its job, and for whom. The toxic factionalism criss-crossed local and provincial government, while the Western Cape DA leadership structures jockeyed as De Lille no longer held a party political post. In October 2017, DA national leadership stepped in, and suspended both De Lille and Smith from party activities while establishing an inquiry into the party’s council caucus.

That the issue is political and not necessarily about governance emerged clearly on Sunday in the official DA federal executive statement that talks of the inquiry as “a process of exercising political judgement, in response to political problems and issues, rather than seeking to approach the matter as though it were a narrow legal question or issue”.

But the governance stuff, particularly around R36-million related to the MyCiTi bus tender and the Foreshore Freeway Project, has come in handy at this stage to shift the focus from internal factionalism to the DA’s publicly proclaimed drive for good governance. It’s not the officials and what they may or may not have done that appears to be under tight scrutiny by the party, but De Lille’s failure to act against at least two, alongside what the DA federal executive statement describes as her “unnecessarily autocratic” and “divisive” management style.

There is the spin, including the veneer that De Lille’s sacking, if it comes to that, would be a blow for good governance. Then there is the harsh reality of how access to power, and the perceived exclusion from power, engenders toxic divisions that undermine locally what nationally is held up as a success story.

This is the lesson for the DA. Whichever way it goes, the resolution of the De Lille debacle, representing as it does the DA internal factions amid the contested character of the party, will mark its place in South Africa’s body politic. DM