Op-Ed: Everything’s not hunky-dory in education, but there are positive trends 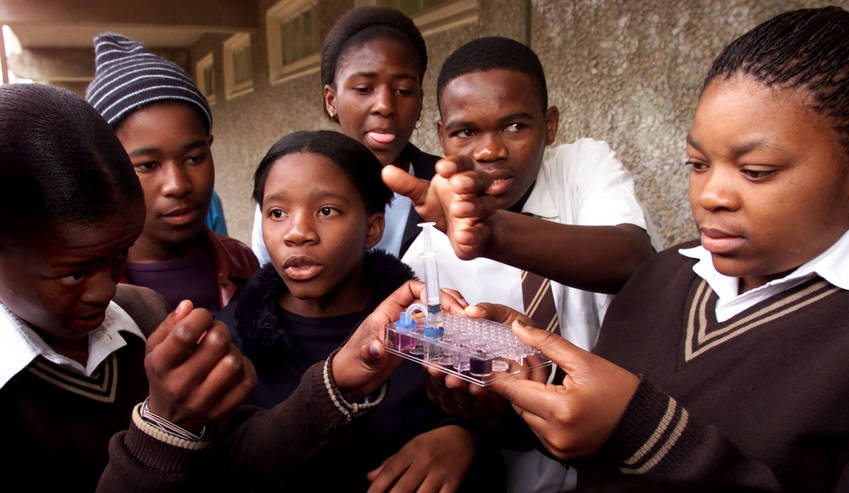 Readers should know that almost all of our education data shows that we are on an improvement trajectory. By NICKY ROBERTS.

Every January we have a media frenzy on our matric results. Journalists try to make sense of speeches, awards ceremonies and media briefings about the National Senior Certificate (NSC) results. Most attention is focused on pass rates, and the related provincial pecking order of them.

Congratulations for individuals leaving the schooling system are marred by lamentation on the state of our education system. This usually lasts about a week. Soon thereafter teachers, education officials and academics get back to start a new school year. After another beating, they have to dust themselves off and start over again. They are expected to do this with discipline and commitment, being open, receptive and willing to engage with children, the curriculum and their own professional development.

The media spotlight on education is to be welcomed. But when the same song is played each year, it is no wonder that citizens and education experts alike disengage. The annual hysteria on matric Grade 12 results has several downsides.

Media analysis tends to focus attention on very short-term losses or gains. Most analysis compares one year to the next (or perhaps the last three years, at a stretch). But education is a long haul. Change is incremental and notoriously slow. Preparation for Matric starts at conception. You may be surprised to know that “the class of 2017” ranged in age from 17 to 28 years for full-time students. Many students repeat grades. Some young adults opt to return to school after a break. Considering this long journey (of a minimum of 18 years), our analysis should be in relation to decades, not years.

The focus on NSC high-stakes results places significant pressure on all in basic education to show improvement at this end point. As a result the learning attainment improvement strategies of each province invest disproportionately in Grade 12 extra cramming classes. In some cases, role players find ways to manipulate the system to show short-term gains in matric results. It is good that such practices are now being called out.

The annual matric media story omits the detail of any progress made over longer time periods and earlier in the schooling system. The same melancholy tune of weak educational outcomes is sung. The disaster of our education system is confirmed annually.

In my view, there are several positive points to take from the release of the Class of 2017 NSC results:

There are three detailed reports which were all issued by the Department of Basic Education (DBE) soon after the glitz and glamour TV announcements: NSC Examination Report; NSC Examination School Subject Report; NSC School Performance Report. Don’t panic, I don’t expect you to read them. I just want you to know that they exist. They were created over December by hard-working DBE officials and Umalusi colleagues. Not many other middle or low income countries (or other countries in Africa) produce the same and publish them publicly.

2. We have better data to report on an age cohort, and this allows us to measure what is happening both in and outside school.

We now give more attention to how many youths in a province are outside of school. We are able to compare data from the general household survey (which reflects the whole age cohort) to the data collected in schools. This is complex as there is much grade repetition, and later re-entry into secondary school. Several publicly available reports provide a detailed picture of the evidence relating to long-term trends in education:

They give the detailed data and longer-term trends necessary to make sense of particular NSC results.

3. Enrolment in Early Childhood Development (ECD) is improving, and the quality of these opportunities is now getting more attention.

Source: DBE 2016, Report on Report on progress in the schooling sector against key learner performance and attainment indicators.

4. While we now have a progression policy, it will take time to deal with our problem of a “blockage” at the Grade 10-12 level and “over-age” learners in full-time schooling.

The policy on learner progression (designed to motivate more youth to stay in school, able to exit with an NSC) was introduced late in the schooling journey for the Class of 2017. This is why we see learners ranging in age from 16-27 years old in the full-time Class of 2017. Prior to the progression policy, it was possible for a child to fail repeatedly in any three-year phase, giving rise to significantly overage learners in secondary school. There was a “blockage” at Grade 10/11. In future, as our progression policy takes effect, we should see more of our Grade 12 full-time classes being in the 17 to 21 age bracket, and less overcrowding in Grades 10 to 12 at schools.

Source: DBE 2016, Report on progress in the schooling sector against key learner performance and attainment indicators.

5. We are providing more flexible opportunities to obtain, and improve results in, an NSC.

By the time they were in Grade 12, there were 629,000 full-time learners in the Class of 2017. Another 173,000 learners were enrolled part-time. Of these part-time learners, 115,000 were repeating the NSC, made possible in part by the with the DBE’s “second chance” programme. The investments in part-time options give greater flexibility for how the NSC is accessed.

Having the NSC as something which can be attained, without wearing a school uniform, as an adult, is an important part of open access to life-long learning. Currently we focus most attention on the full-time aspect of the NSC results. In future our analysis should shift to include a focus on full-time, part-time and the combined attainment in NSC. This is appropriate for the further education band which includes technical and vocational routes for the 16 years and older age bracket. Compulsory schooling in South Africa ends at the age of 15.

6. We have a clear improvement trajectory in terms of the number of NSC and quality NSC passes from a wider range of schools.

The NSC 2017 report gives the following analysis of the number of NSC passes over more than two decades:

Of course we should also be concerned about quality passes. The number of NSC bachelors-level attainment – which meets the minimum requirement for admission into a bachelors degree programme at a university – shows similar improvements:

It is also encouraging that we have seen increases in the proportions of quality matric passes from a wider spread of schools. It is only in the last few years that most NSC passes and bachelors-level passes have come from no-fee schools. The Class of 2017 produced 76,000 bachelors-level passes from no-fee schools, compared to 68,000 from fee-paying schools.

When interpreting the above we should naturally consider the quality of the curriculum and standards of the examination papers. In 2016 Martin Gustafsson analysed NSC mathematics examinations, benchmarking the difficulty of NSC matriculation examinations from 2008 to 2015. This research found that “in mathematics, the figures suggest that there has been a general shift towards more demanding examinations, meaning it has become increasingly difficult for learners to obtain specific marks.” More such analysis is required if the exam standards are a recurrent concern.

These positive points are not intended to give a message of “everything is hunky-dory in education”. Nor are they intended to shift our focus away from education as a national priority. They are intended to provide a longer-term perspective to our annual lament. Readers should know that almost all of our education data shows that we are on an improvement trajectory. Yes, we should be concerned about lack of progress in international assessments of Grade 4 reading. Our lack of focus on African languages and bilingual teaching must be corrected. Research and intervention in early grades and in ECD must be prioritised. But no, our education tune is not the same as it was 10, or 20, or 30 years ago. DM