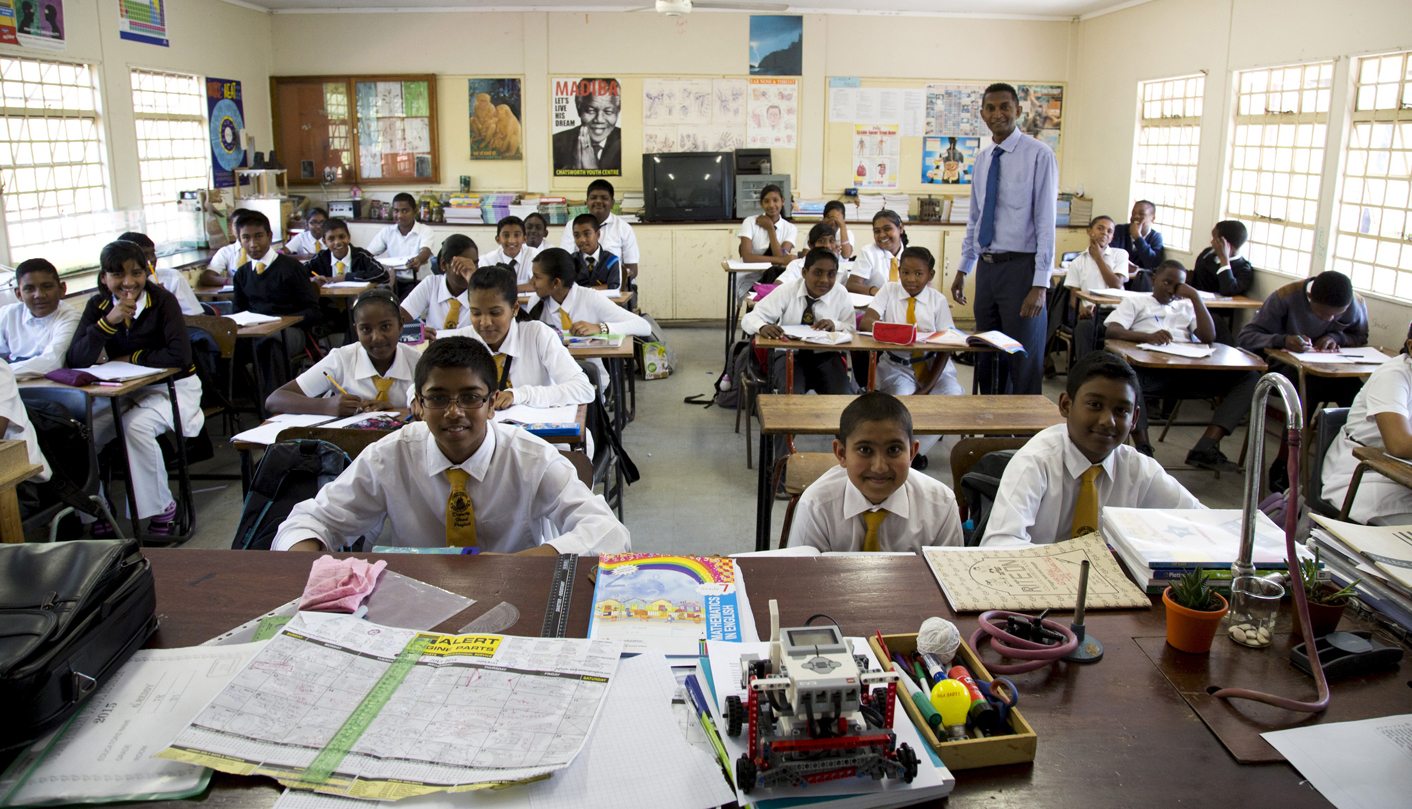 Mathematics education is a long haul. The mathematics needle is not yet turning at NSC level. This is not cause for shock or dismay or for changing course. Our investments made much earlier in the 18 year and 9 month journey to this exit point, will show impact in the coming decades. By NICKY ROBERTS.

Having welcomed in 2017 with open arms, South Africans (and the matric Class of 2016 in particular) now await the announcement of the matric results (National Senior Certificate or NSC).

We will once again be shocked and appalled at our dismal mathematics performance and single out mathematics as our problem child. Many will repeat Prof Volmink’s observation that:

‘While there are many subjects where the learner performance fluctuates from year to year, we have to single out MATHEMATICS as one of the key gateway subjects where the needle has not moved significantly over the years in this country. In fact what is alarming is that since 2014 Mathematical Literacy has also joined Mathematics as an learning area where the learner performance is critically low.’ (Umalusi statement, 29 Dec 2016)

We will revisit the debates on 20% as a condoned mathematics pass mark. A dysfunctional state education system will be blamed. With only slightly more nuance the mathematics teachers in these public schools will be paraded as lacking in mathematical content knowledge, professionalism and accountability; effectively labelling them as South Africa’s basket of deplorables.

21 years of investment in education, with mathematics as a priority subject and nothing to show for it. Why can’t we fix this problem? We know education takes time, but really… 21 years and no change? How is this possible? What are the mathematics teachers and those who work in mathematics education doing?

I however will be neither shocked nor appalled. I expect that the overall matric results will be slightly better than in 2015 but in the same ballpark as what we saw in 2013 and 2014. Performance in mathematics and mathematics literary will be worse than before. This is based on both hard evidence and reason.

The first set of evidence is based on knowledge of the standardisation process. Each year Umalusi standardises the examination results and ensures that there is comparability from one year to the next. Major shifts are therefore avoided, and faith is placed in the quality assurance system of the massive undertaking of administering high stakes exit level examinations across the school system. Data comparing provinces, quality of passes and differences between subjects, are all that should be of interest.

This year (as for last year) there are two significant policy changes: the Introduction of CAPS (first examined at Grade 12 level in 2014) and the Progression Policy. Both will be used as a basis for the bulk of our analysis of the Class of 2016 NSC.

The second set of evidence is the scientific knowledge that growing a matric mathematics pass takes 18 years and 9 months: preparation for matric starts at conception. Expecting shifts and improvements in a timescales of years, or even the four years of particular political administration, is therefore foolhardy. Mathematics education investments made now bare fruit in decades, not years.

With this knowledge we need to reflect – not on our apparent dogged inability to move the ‘mathematics needle’ from one year to the next – but rather on our collective actions and investments which we have taken in order effect changes in the next decade. Our most consistent finding – and one shared with others around the world – is that our mathematics results correlate most strongly with socio-economic status. It is for this reason that Western Cape and Gauteng will perform better than Limpopo and KZN. It is for this reason that we will see fee paying (quintiles 4 & 5) schools performing far better than no fee schools (quintile 1-3). Another is the robust evidence relating to the long term educational and economic impact of early investment in women’s health, childcare and early childhood development.

Who is our Class of 2016, and what can we feasibly expect from them in terms of mathematics?

Our Class of 2016 were conceived in 1997/1998. Their pregnant mothers did not qualify for anti-retroviral treatment (which was only introduced in 2001). The notions of ‘baby boxes’, ‘nurturing care’ and ‘parent support programmes’ were not yet known for parents of young children. The Class of 2016 did however qualify for Child Support Grants (introduced in 1998 to children under 7 years of age).

Entering public schools at Grade 1 in 2005, they did have the benefit of the Revised National Curriculum Framework (RNCF) which ‘simplified and clarified Curriculum 2005, and it attempted to shift from a skills based and context-dependent body of knowledge towards a more coherent, explicit and systematic body of knowledge’ (Umalusi Statement, 28 December 2016).

The Class of 2016 did not write Annual National Assessments in Grade 3 or in Grade 6 level so we have little prior attainment data on them. Nor did they receive full-colour individual learner workbooks in which they could each write for mathematics, home-language or first additional language. Their primary school teachers were not supported with mathematics teacher training, nor did they participate in voluntary assessments of their mathematics knowledge.

We get our first benchmark of learner performance from the Class of 2016 when they are Grade 9 level and write an Annual National Assessment (ANA). Here we see that their mathematics is extremely weak. The Class of 2016 obtained 11% as its average result for this mathematics test. Amongst the 1,031,942 Class of 2016 learners who wrote the Grade 9 ANA, only 2 percent of them (20,638 learners) obtained more than 50% – a level considered by the Department of Basic Education to be an ‘acceptable achievement’.

At Grade 10 level, learners in the Class of 2016 were offered a choice between mathematics and mathematics literacy. They were also subject to the Progression Policy, a response to an observed log-jam in Grade 10-12 level, where learners were getting stuck in these grades. As a result the Progression Policy offered condoned passes to learners who did not meet the curriculum standards if they have already repeated one year in a phase. In 2015 we saw that there were 65,671 learners in this ‘progressed learner’ category (35% of whom passed). The Class of 2016 was expanded to include an additional 109,400 progressed learners (who were born prior to 1998). This has been considered by Umalusi, when standardising the NSC outcomes, and will therefore not impact negatively on the cohort. Adjustments will have been made to ensure a reasonable pass rate which is comparable to the other years for the same CAPS curriculum. So an overall pass rate of 72-74% is expected.

Making this adjustment for mathematics is however more difficult. Mathematics is a hierarchical subject where not mastering the content of one grade has a compounding effect in future grades. This holds for both mathematics and mathematics literacy.

Mathematics education is a long haul. The mathematics needle is not yet turning at NSC level. This is not cause for shock or dismay or for changing course. Our investments made much earlier in the 18 year and 9 month journey to this exit point, will show impact in the coming decades. To move the mathematics needle more we need to: