Removing Zuma? Crucially important, but not easy, or simple 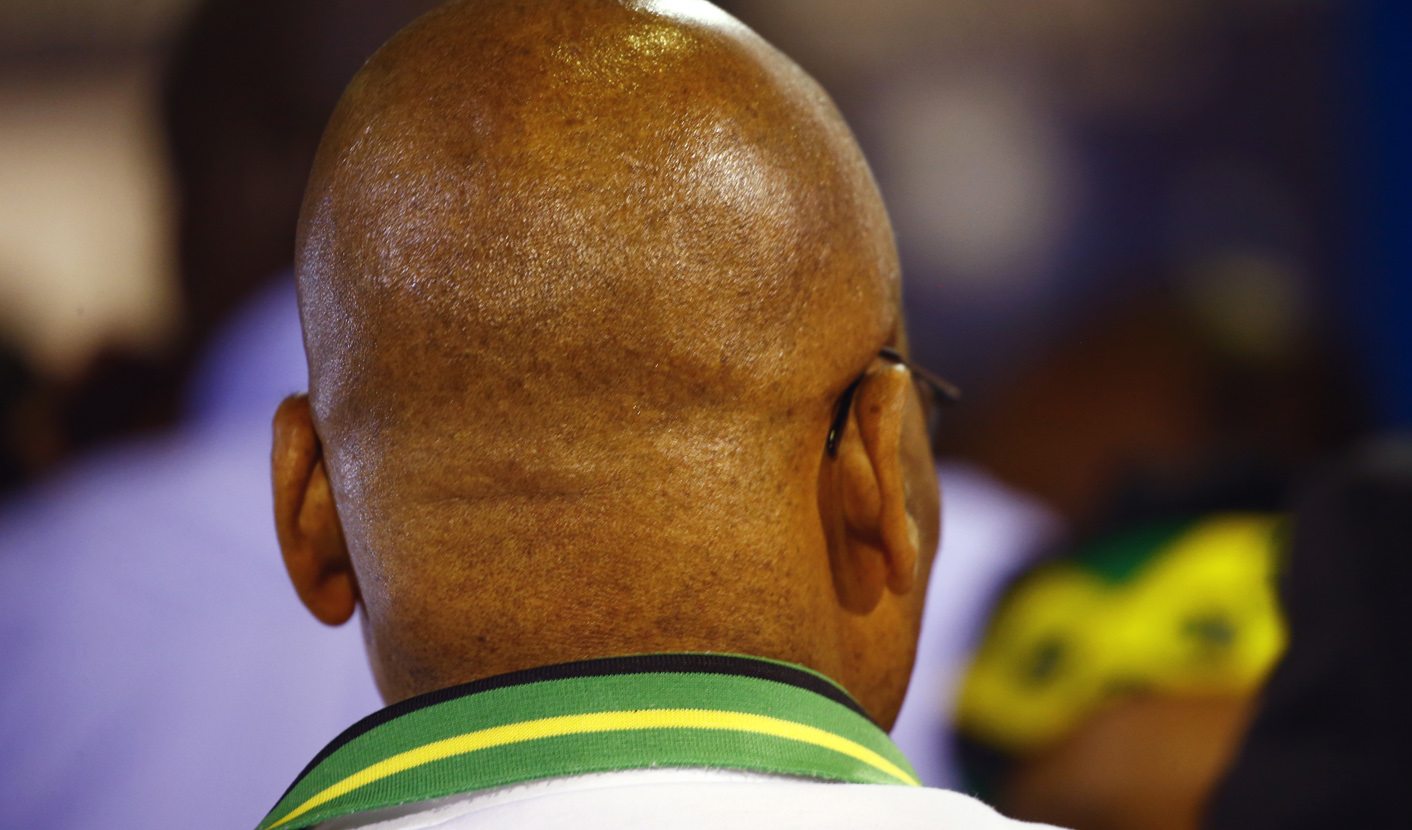 The moment it was announced that the then-ANC Deputy President Cyril Ramaphosa had won the race to be the new leader, it was obvious that pressure would soon mount for removal of Jacob Zuma as SA President. Despite the narrowness of his victory, and the fact that both the top six National Leaders and the NEC are narrowly divided, there is a growing expectation that Zuma will go, and go soon. And while it is obviously unsustainable for him to stay in office for long with Ramaphosa as ANC leader, there are also reasons to believe that this may not be a quick and easy victory for Ramaphosa, but in fact this could turn out to be a long, drawn-out process. By STEPHEN GROOTES.

It is well-known that many people in urban areas would celebrate more if Zuma were to get fired, than they did when Nkosazana Dlamini Zuma lost the ANC leadership election. Polling data shows that Zuma has become both the face and symbol of corruption; many people see him as the reason their lives have not improved over the last decade. While Zuma is not entirely to blame, such has been his own behaviour, the scandals around him, and his disdain for Parliament, that millions simply can’t wait to see the back of him. It is this emotion that may be feeding the expectation that he could be removed as early as this Wednesday, when the new ANC NEC meets for the first time.

There has also been pressure pent up in some parts of our society, that is only being released now. In other words, the expectation was that if Ramaphosa won, he would have to fire Zuma, if only because his own constituency would demand it. A vote for him in the ANC election was a vote to remove Zuma, or so some of his proxies appeared to suggest.

However, the closeness of the election, and the apparent sharing of power in the top structures has surely made this a much more complicated problem. Much has been said by the urban commentariat about how people like Ace Magashule and David Mabuza, who are now secretary general and deputy leader, are going to jump ship. The analysis is often that these are people who surely can see that Zuma is no longer a viable long-term bet, and that they need to hitch their horse to the new wagon in town.

While there is much in that analysis, it is possible to look back and see how people who should have known better, such as the SACP, Cosatu and others in the ANC backed Zuma in 2007, and are now Ramaphosa’s biggest supporters. But in some cases, both in the top six and in the NEC, there are people who are there simply for reasons of patronage. Faith Muthambi, Mosebenzi Zwane, Bathabile Dlamini are just some examples; there are, of course, many others. These are people who Ramaphosa would never want to do business with; they are surely unable to switch their wagons easily. In other words, should it ever come to a vote in the NEC (and decisions are generally supposed to be made “by consensus”), most of them would surely not agree to remove Zuma.

The same might be said for Magashule. His problem is that there are strong indications he has a close relationship with the Gupta family, as #Guptaleaks have proven; his sons were also given what should now be called the “Duduzane treatment” at one point. For people like him, Muthambi and Zwane, they surely have much to fear the moment when the moment of accountability for the skeletons in their closets finally arrives. They surely have everything to gain from keeping Zuma in power, and in charge of the National Prosecuting Authority, for as long as possible.

Of course, the situation around Mabuza may be more complicated. He appears to oppose the Guptas, perhaps because they were muscling in on his own patronage network. This means he may have plenty to gain from getting rid of anyone associated with them. Therefore he may support a move against Zuma, particularly if he is worried about the ANC losing the next election.

Another factor in the possible delayed action over Zuma: procedure.

It should be remembered that the recall of Mbeki in 2008 happened a full eight months after he lost to Zuma at Polokwane. It was also a much more comprehensive victory for Zuma than 2017 election was for Ramaphosa. But perhaps more fundamentally than all of that, Mbeki gave the ANC’s NEC (as it then was considered) a reason. He was found, in a judgment that was eventually overturned, to have been using the NPA against Zuma. Mbeki had also been typically aloof Mbeki, refusing to attend meetings to which he was invited and so on. This made the case against him, that he had been ignoring the ANC, much stronger. There were many in the NEC who had also been wounded by him. It was reported at the time that one of the strongest voices urging his recall was Ramaphosa, who had left front-line politics after claims he had been involved in a plot to remove Mbeki back in 2001.

Zuma could try to do a much more complicated dance. Already he has met with Ramaphosa, and images were circulated of them appearing relaxed. He could diligently attend every meeting to which he is invited, and give every impression of doing the “new” ANC’s bidding. At the same time, he still holds state power, and could try to use some of those levers carefully. This would not take the form of releasing secrets, but rather informing those on whom he has dirt that he has that dirt.

Zuma also has no track-record of resigning, it has simply not been in his grain so far. Imagine a meeting in which he said to Ramaphosa that he wanted another three months in office, and that he would do everything he could to cause chaos if he were forced out earlier. As an example, he could claim to be confident enough of the ANC’s caucus that he would win a no-confidence vote, that pushing things that far would obviously destroy the ANC’s chances of winning in 2019 (and thus preventing Ramaphosa’s own ascension to the Presidency) and that he only wanted another three months. And, of course, he would promise to go quietly then. And Ramaphosa might be wise to accept that offer. But what does he do when Zuma reneges on it? What can he do?

And of course, those three months would be used to great effect, with a large amount of paper going up in smoke in the meantime.

All of that being said, there are strong reasons to believe that Zuma could be recalled, or resign, or simply leave office, sooner rather than that later.

For a start, he appears to be on the verge of giving the ANC a reason to remove him, because of his refusal to institute the inquiry into State Capture. The conference itself, in other words, branch delegates, resolved that such an inquiry should start as soon as possible. Just two days later, the Presidency said it would appeal an earlier court decision that this inquiry be held, which is surely an indication that Zuma is likely to refuse to implement this resolution. More bluntly, it looks like Zuma deliberately and directly taking on a decision of an ANC conference, the party’s highest body.

Unless he handles this issue very carefully, he could find this a reason for his eventual removal. For the ANC, to be the party in government but unable to enforce a resolution like this would be a huge indication that it is weak, and more confirmation, if it were needed, that it’s lost control of Zuma.

All of this means that it is still entirely possible that Zuma, in fact, delivers the State of the Nation Address in February. However, this would be a wonderful opportunity for the opposition parties. You can imagine the chirps “that even the ANC doesn’t want you” or the question from Julius Malema, “Who are you, why are you here?” All of that without the support from the ANC’s benches that kept him smiling, and giggling. The experience could well serve Ramaphosa’s interests quite well, and be a useful humiliation for Zuma. Zuma would have a difficult day, Baleka Mbete would have a complex day, and Ramaphosa could enjoy it all quite nicely.

But it obvious that the long Zuma stays in power, the worse it will for the ANC in the longer term. His polling numbers are awful, and unless Ramaphosa is seen to act against him soon, he could almost be tainted by his own inaction. This means that the next few weeks and months could turn out to be more exciting than the previous six months. Really. DM