Op-Ed: South Africa could inspire reform of the International Criminal Court – but chooses to be an outlier in the global justice system instead 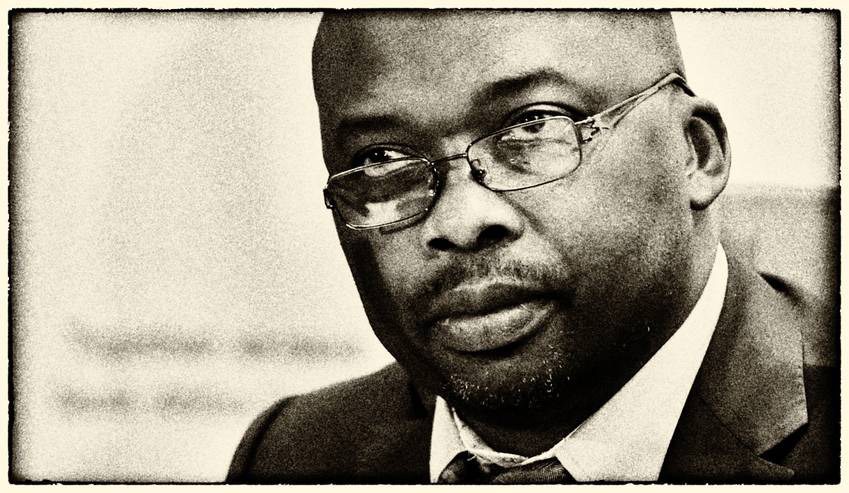 South Africa has on several occasions made its intentions to leave the Rome Statute very clear. Grandstanding and choosing to reiterate what has already been made crystal clear – at the biggest gathering of signatory states, the 16th International Criminal Court Assembly of States Parties in New York – is nothing short of embarrassing. By ANGELA MUDUKUTI.

The international criminal justice world is buzzing with activity. South Africa chose to make a spectacle of itself by reminding the world that it intends to leave the Rome Statute and ICC judges referred Jordan to the United Nations Security Council for failure to arrest Sudan’s President Omar al-Bashir, a consequence that South Africa escaped despite being guilty of the same conduct.

Yet they chose to steal the show, “embarrass” the court, and make a splash by announcing this yet again. Grandstanding and choosing to reiterate what has already been made crystal clear at the biggest gathering of signatory states is nothing short of embarrassing. It sadly had the desired effect as it drastically changed the atmosphere in the room and became the talk of the day.

The South African government’s failure to arrest al-Bashir in 2015 was the catalyst for withdrawal from the Rome Statute. The High Court and the Supreme Court of Appeal ruled this failure to be unlawful and, not long after that, South Africa announced its intention to withdraw from the Rome Statute. An unconstitutional notice of withdrawal was sent to the United Nations Secretary-General on 19 October 2016.

The notice of withdrawal was subsequently withdrawn after domestic litigation by parliamentarians and civil society as the government had failed to follow constitutionally mandated procedure. A notice of withdrawal can only be sent once the Implementation of the Rome Statute of the Act 27 of 2002, the act which domesticates the Rome Statute in South Africa, has been repealed. Repealing this Act requires public consultation and parliamentary participation. While the litigation embarked upon temporarily prevented the nation from leaving the Rome Statute (purely on procedural grounds), it did not make the ruling party change its mind.

After withdrawing the notice of withdrawal in March 2017, as per the High Court’s order, the government indicated that it still intended to leave the ICC and to follow correct parliamentary and constitutional procedure to achieve this. The ANC’s Edna Molewa even issued an opinion piece on the matter on 10 July 2017, published in the Cape Times, belabouring the point. Therefore there was no doubt that the ANC’s resolve to withdraw remained intact.

Despite this clarity in intent and the unchanged government stance, the South African government saw fit to send Minister Masutha to make an announcement that would serve only to dominate headlines and show South Africa “striking back” in a petulant and unnecessary manner.

In addition to the domestic legal finding that failure to arrest al-Bashir was unlawful, the ICC also rightly found South Africa guilty of non-compliance on 6 July 2017 for its failure to apprehend a wanted fugitive. In most cases, nations found to have been non-compliant in this respect have been referred to the UN Security Council for further action. However, in South Africa’s case, no referral was forthcoming. Some suggest that this was the court’s attempt to placate South Africa and prevent it from leaving the ICC, but this backfired. In any case, it is not for ICC judges to dabble in politics, but to render judgments that are sound in law.

To make matters more complicated and blatantly inconsistent, on 11 December 2017 the ICC judges referred Jordan, the latest member state to welcome al-Bashir, to the UN Security Council for non-compliance. South Africa was erroneously spared the same fate, as I have written previously.

It is clear that the ICC is far from perfect and the inconsistency in the court’s jurisprudence is but one example. However, that does not warrant abandoning the only permanent international criminal court. Many of the challenges faced by the ICC are inextricably linked to the political machinations and games at play within the Security Council. This includes the fact that permanent Security Council members have the power to veto referrals to the ICC, yet three of the five members refuse to join the Rome Statute.

South Africa has an opportunity to lead engagement efforts that could inspire much needed ICC reform. This an area that needs vigorous and determined engagement. However, once South Africa has left the system, it is rendered powerless and an outlier in the global justice system.

South Africa was at the forefront of the creation of the ICC and played a key role as a leading African voice, thus making its current stance all the more lamentable. Leaving the Rome Statute is a wasted opportunity and, as poignantly expressed by Advocate Max du Plessis, it is an example of “how to squander leadership”. DM

A version of this article first appeared in The Star.

Angela Mudukuti is an international criminal justice lawyer at the Wayamo Foundation, formerly with the South Africa Litigation centre and the International Criminal Court