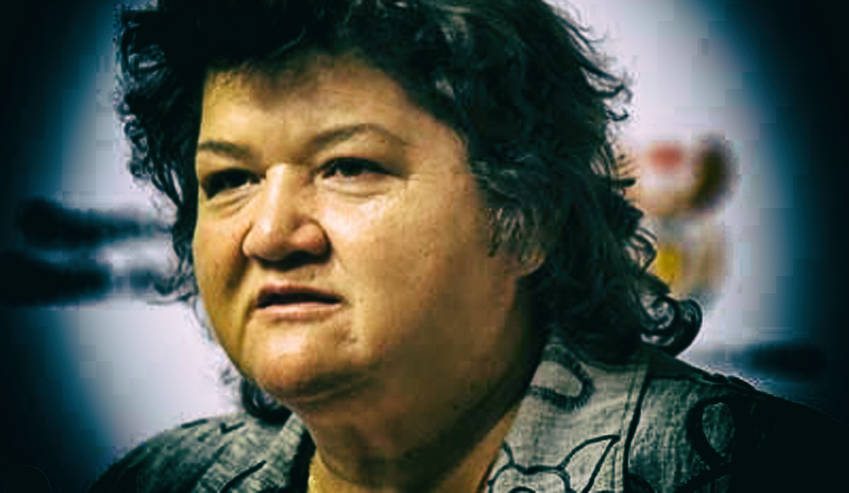 Minister of Public Enterprises Lynne Brown addressed the media on Friday at an Eskom general meeting, shortly after an announcement that suspended acting CEO, Matshela Koko, had been cleared on six charges at a disciplinary hearing. Meanwhile, energy regulator NERSA also announced on Friday that it had turned down Eskom's request for a 19.9 percent tariff increase. It approved a 5.23 percent hike amounting to R190.348 billion. By MARIANNE THAMM.

Before Brown’s scheduled address at Eskom’s headquarters in Johannesburg on Friday, rumours circulated that suspended acting CEO, Matshela Koko, who had just been cleared in a disciplinary hearing, would be joining the minister at a press conference and that he would be put forward as her choice for new CEO.

Instead current acting CEO, Sean Maritz, accompanied Brown, who said she had not yet been informed of the decision by Advocate Mzungulu Mthombeni, who chaired Koko’s disciplinary hearing. Eskom Chair, Zethembe Khoza, also said the decision on Koko would still have to make its way through a board process before an outcome would be announced.

Koko was cleared on six charges related to the awarding of a tender, by a division he headed, to a business in which his step-daughter owned shares. Allegations that Koko had played a pivotal role in awarding a R1.6 billion contract to McKinsey and the Gupta-linked Trillian were not part of this specific disciplinary. These are issues being probed in a separate investigation.

Meanwhile the National Energy Regulator of South Africa (NERSA) on Friday announced that it had approved Eskom’s allowable revenue of R190.348 billion for the 2018/19 financial year.

“The approved reliable revenue of R190.348bn will result in an average percentage price increase of 5.23 percent. Eskom had applied for a total allowable revenue of R219.514 billion which translated in to a 19.9 percent average increase.”

The energy regulator said it had followed due regulatory processes in considering Eskom’s revenue application. A total of 23,000 written comments had been received from stakeholders, consisting of comments from private individuals, small users, intensive energy users, non-governmental organisations and environmental activists. NERSA also conducted public hearings in eight provinces and a total of 96 oral presentations were made.

On Friday, Brown warned board members that they, unlike those who served on the boards of private companies, would be regarded with “suspicion and mistrust”.

“They make accounting mistakes while you are susceptible to corruption, capture, greed, and malice. Who they associate with is inconsequential. They call it lobbying. You must be careful who you play golf with because it will be used as evidence against you,” said Brown.

She added that several strong candidates had been identified to join the board and that these individuals “with appropriate expertise from the business sector” would join the board shortly.

“By the time we convene Eskom’s annual AGM in June 2018, we will have ensured that investigative and disciplinary processes into alleged malfeasance involving some of Eskom’s senior members have been completed, and the company will be fully equipped to execute its mandate under a new chairperson,” said Brown.