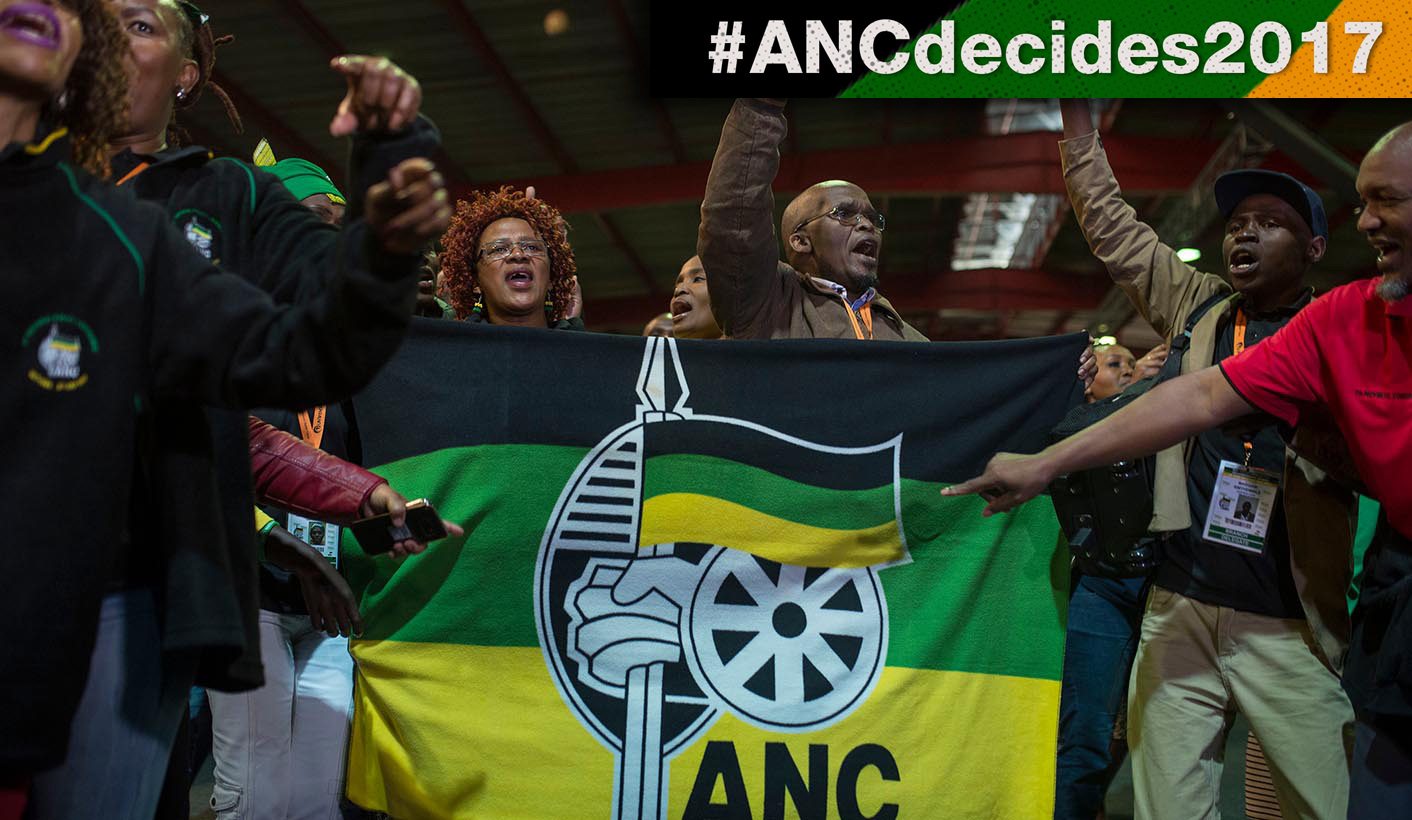 The ANC’s 54th national conference took forever to arrive, but at last it’s upon us. If you were lucky enough to be elected a delegate to the conference, and if faction-fighting in your province didn’t see you removed and replaced by a more favourable delegate, you’ll find yourself in the Nasrec Expo Centre for the conference opening on Saturday morning. CARIEN DU PLESSIS compiled a few tips to help see you through the conference.

This year, accreditation will be done in the provinces to avoid two-day long queues in flight hangars, as happened in 2007. If you are planning to go to any pre-parties, such as the Progressive Business Forum dinner or “Oros’s jol” (the ANC Youth League has denied they are the organisers of the Cubana party), surgically attach the accreditation tag to your body in case you stumble straight from the piss-up into the conference opening on Saturday morning without having a chance to go to your hotel room to pick it up first. Without the tag, you might be mistaken for a disgruntled branch delegate who didn’t make the cut, a foreign intelligence service agent, or worse, a journalist.

Spot breathalyser tests will be done on delegates to ensure nobody makes less-than-sober decisions in the voting booth. If you need medicinal sips of Johnny Walker to get you through the day, save it for after the voting. Whether the spot tests will root out power-drunk leaders is still unclear. PS: Bathabile Dlamini, since you don’t know alcohol, you’ll be perfectly safe.

There will be more than 5,000 delegates at this conference and the Nasrec Expo Centre plenary hall is huge. Strict discipline will be enforced by provincial leaders, so you want to ensure that you can see your leaders so that the hand signals you follow during sing-offs, shout-offs and chair-throwing are the right ones. PS: Chairs may be cable-tied together, but a small pair of scissors or clever chair manoeuvring will have you on your way to getting your big ideas to fly around the place, literally.

4. Pack strepsils or other throat-soothing substances.

Support among delegates for Deputy President Cyril Ramaphosa and ANC MP Nkosazana Dlamini Zuma is very close, so the faction that sings the loudest during the announcement of the number of delegates from each province will be the winners. You don’t want to lose the conference even before it’s started, now, do you?

This conference is about a battle of ideas, and not just about leadership elections, remember. Party leaders have strongly discouraged vote-buying. Police Minister Fikile Mbalula recently tweeted a picture of a bunch of captured R200 notes he claimed was bribe money. The picture was old, but never mind. He would no doubt be walking around with his smartphone camera looking for new money to snap. If you store your money in a policy document or even in a well-read copy of Das Kapital or The President’s Keepers, the police minister might overlook it completely.

6. If you’re a raunchy comrade, do like a soldier and take a daily dose of potassium bromide.

Best stay away from WhatsApp, video calls and the opposite (or same) sex in general, especially if you’re in the Ramaphosa camp. It’s likely that some hot shot muckraker from Weekly Xposé will be sniffing around in hotel rooms to get the latest news from the conference, like on Secretary-General Gwede Mantashe’s sexting or Ramaphosa’s latest love.

7. Be wise and use some of the bribe money you got to buy a good smartphone and some airtime

This is so you can gatecrash caucus meetings from opposite factions and upload the stealthily filmed gathering onto your Facebook page to help provide bored journos (they will be hanging around outside the fence that will be erected around delegates and conference proceedings in general), who will be more hungry than Khulubuse for any scrap of inside information. It will also gain you brownie points with your handlers, who will feel their vote-buying budget was well-spent. Just make sure you don’t take that phone into the voting booth with you, because it will be confiscated. DM