ANC Leadership Race: What goes on behind the scenes ---...

ANC Leadership Race: What goes on behind the scenes — breathalyser tests and confiscated cellphones 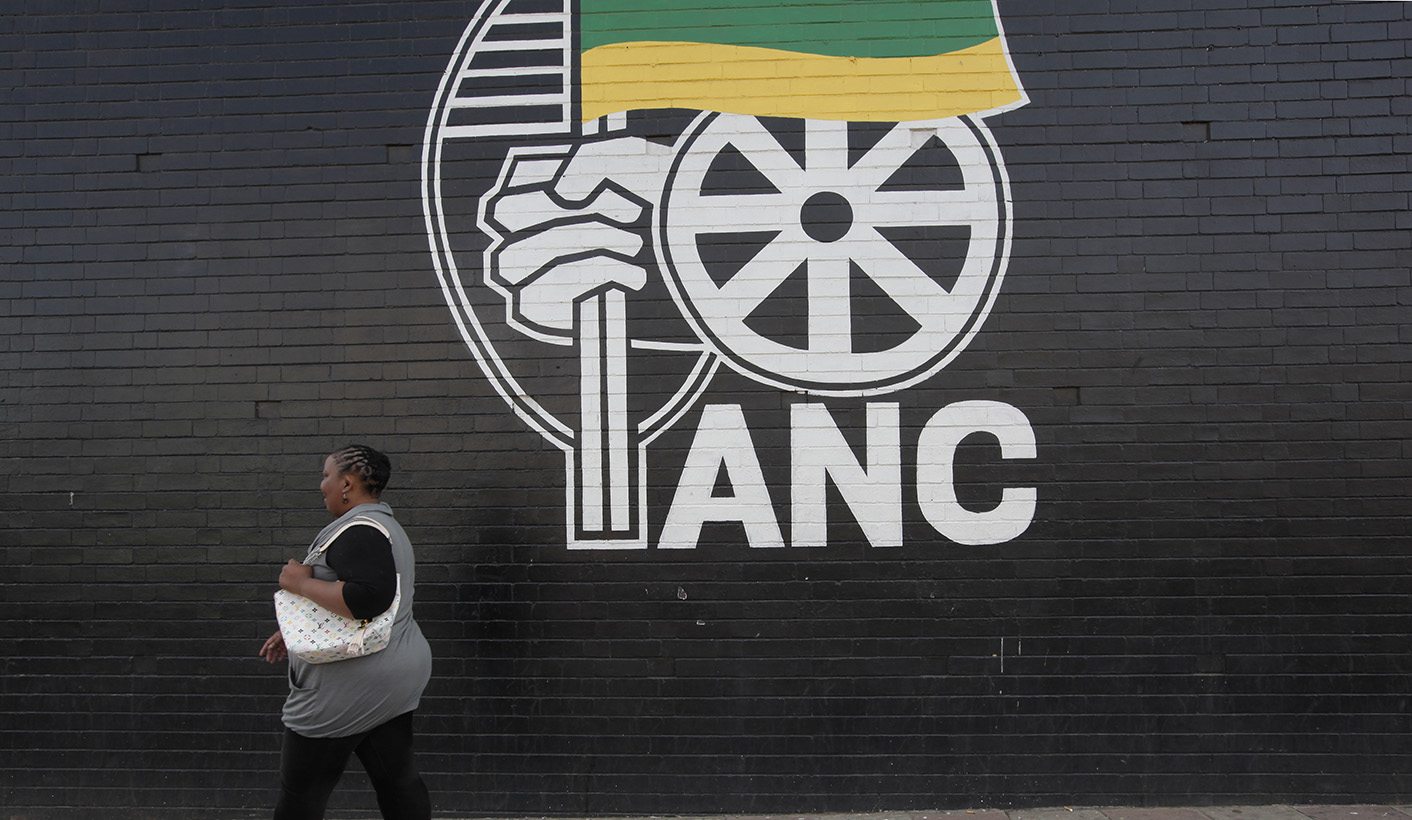 Voting for new ANC leaders this weekend is set to be a sober process, with conference organisers planning to conduct spot breathalyser tests. Also, no selfies with ballot papers will be allowed in a bid to stamp out vote-buying. Ultimately, much of the conference’s success will hinge on how 15 “very senior” ANC members and one agency conduct the party’s leadership election. By CARIEN DU PLESSIS.

They will be the most important officials at the ANC’s five-day 54th national conference that starts at the Nasrec Expo Centre in Johannesburg on Saturday, but to the outside world they’ll also be among the least well known.

Approaches to the ANC’s Electoral Commission or its contractor, the EleXions Agency, for an interview all led to ANC Deputy Secretary-General Jessie Duarte with explanations varying from the fact that these “are old people” to much hingeing on their credibility and that things they say in public about voting could be held against them. Or something like that.

In a leadership race as tight as the one expected this weekend, every bit counts.

Most of the almost 5,000 branch delegates attending the conference will have encountered some of these officials at their provincial general councils in recent weeks, when they conducted the branch nominations process. For the first time these were done via direct nominations by branches on forms sealed in envelopes and counted by the electoral commissions just before the provincial general councils.

To be extra sure, cellphone pictures of the filled-in forms were taken and collated by campaigners themselves and by party officials, to ensure the results are watertight.

Gauteng ANC’s provincial council earlier in December, for one, went off without incident, mostly because the province isn’t that divided. More than 80% of the branches ended up nominating Deputy President Cyril Ramaphosa. The cheers when this was announced by an EleXions Agency official were, however, even louder when it was announced that Gauteng provincial chairperson, Paul Mashatile, had been nominated for the position of treasurer-general.

In fiercely contested KwaZulu-Natal things went less smoothly, but the 20 branches that went missing among ANC MP Nkosazana Dlamini Zuma’s nominations – apparently the fault of a regional chair not understanding the triplicate nominations forms so well – left a gap for ANC branches to criticise the party’s electoral commission. It’s minor, but at this point it’s a glitch they and the party can ill afford.

Who is the ANC’s electoral commission?

Duarte, on behalf of the electoral commission, explained that the commission consisted of 15 “very senior members of the ANC who will be at the conference to oversee all the processes”. This will involve both the nominations as well as the voting and the vote counting processes. “They will be working with our provincial secretaries, who will work almost like party agents do [during national elections], observing the elections.” The main thing is that this process is free and fair.

The seniors on this electoral commission who attended the Gauteng nominations process include Sindiso Mfenyana, who was in the news during the party’s policy conference six months earlier.

Mfenyana, who is also a member of the party’s Integrity Commission, at the time said the commission had recommended that President Jacob Zuma step down, and that their findings be cemented into the ANC constitution so that they could be enforceable.

Another senior is the party’s in-house chaplain-general, Reverend Vukile Mehana, who is likely also to be part of the opening prayers as he usually is at the ANC’s big events.

Mehana in 2011 famously issued an elaborate interpretation of heaven and hell after Zuma condemned non-ANC voters to hell.

Another, Makhulu Ledwaba, was elected first president of the Commercial Catering and Allied Workers’ Union with Emma Mashinini in 1989 and he’s on the governing body of the Commission for Conciliation, Mediation and Arbitration, while yet another, Super Moloi, was one of the key participants in the 1976 Soweto youth uprising.

Who or what is the EleXions Agency?

The EleXions Agency, on the other hand, is a contractor. They are elections professionals and do this for a living. Unlike ANC cadres, they have no direct interest in the outcome – and they have been running the ANC’s elections for most of the past decade.

“The decision to establish the agency came after the founding members were contracted to manage the ANC’s 52nd National Conference elections in Polokwane during December 2007. At this stage, the founding members shared a wealth of over 30 years’ experience in the field and were therefore poised to take full advantage of this opportunity.

“Seizing the opportunity to become a preferred provider for independent democracy and governance consulting, management and advisory services, The EleXions Agency has grown from strength to strength. Now the group is able to boast a broad service offering which covers every conceivable aspect of the elections process.”

Ncedisa Mthenjwa is the office and project manager, and she was one of those in charge at the Gauteng nominations.

Dren Nupen is another EleXions Agency official, and well remembered by those who covered the ANC’s Polokwane conference as being the petite woman who repeatedly tried to calm down over-excited comrades just before Zuma was announced the winner.

There was also a pretty colourful, more recent description of her in action at Mpumalanga’s nomination process in the Financial Mail: Nupen “stands near the stage, microphone in hand. Her hair is bundled in a loose, silvery knot on top of her head. She is wearing a white and blue EleXions Agency bib over her dress. ‘Quiet comrades, you need to hear these nominations,’ she shouts into the microphone over the din in the dimly lit marquee.”

It must have been a bit of a déjà vu for her.

The publication further reported that the agency is said to be effective and fair, but an ex-agency staffer reckoned “systems are only as good as the people implementing them”. Manipulation, if any, would come from the party itself.

Duarte said the agency’s role was “purely technical”, and it was important that the elections were run by an independent organisation that has no interest in the outcome.

Risks for the ANC’s elections

Duarte said the party had contemplated a few possible risks. One is disruption of the electoral commission’s work, and the second is ill-preparedness. “We are doing everything we can to ensure that credentials are sorted out at a provincial level before people arrive,” she said. “Usually the most difficult moment [at the start of conference] is the acceptance of credentials.”

These will be done at the start of the conference and, if all goes well, nominations could start as early as Saturday night. If not, the process could well drag into Sunday.

Special steps could be taken to ensure voting goes smoothly. ANC Secretary-General Gwede Mantashe recently announced that the top six (or seven, or eight) officials would be elected and announced one by one, but that might take “an awful lot of time” and might need more conference days than the ANC had at its disposal, Duarte said.

“The objective that we want is that anybody who didn’t make it in the presidential race could stand as deputy [president], and anyone who doesn’t make it as secretary can stand as deputy secretary,” she said. The chairperson and the treasurer-general are elected without deputies, however, and their election might happen together.

She said it would be a close race with heightened emotions, and “ANC marshals and security have been well briefed in how to manage disruptions”.

Provincial leaders have been tasked to deal with disruptors.

As for the election, “people under the influence of alcohol are not allowed to vote”, she said, and there would be sporadic breathalyser tests to ensure this did not happen.

Also, nobody would be allowed to take pictures of their marked ballot papers, to prevent votes being cast in exchange for cash or material gain. “All phones will be switched off completely, and people will be asked to separate the batteries if they can from their phones,” Duarte said. “There will also not be any signal in the booth, so you can’t take a photograph and there will be voting monitors, and if people do take photos, their phones will be confiscated.”

Free and fair is, however, most often easier said than done. DM

Photo: A woman walks past a poster in Mangaung on 15 December 2012, ahead of the 53nd ANC National Conference in Mangaung. EPA/KIM