Analysis: Why are South Africa’s securocrats so jumpy over Jacques Pauw & Ronnie Kasrils? 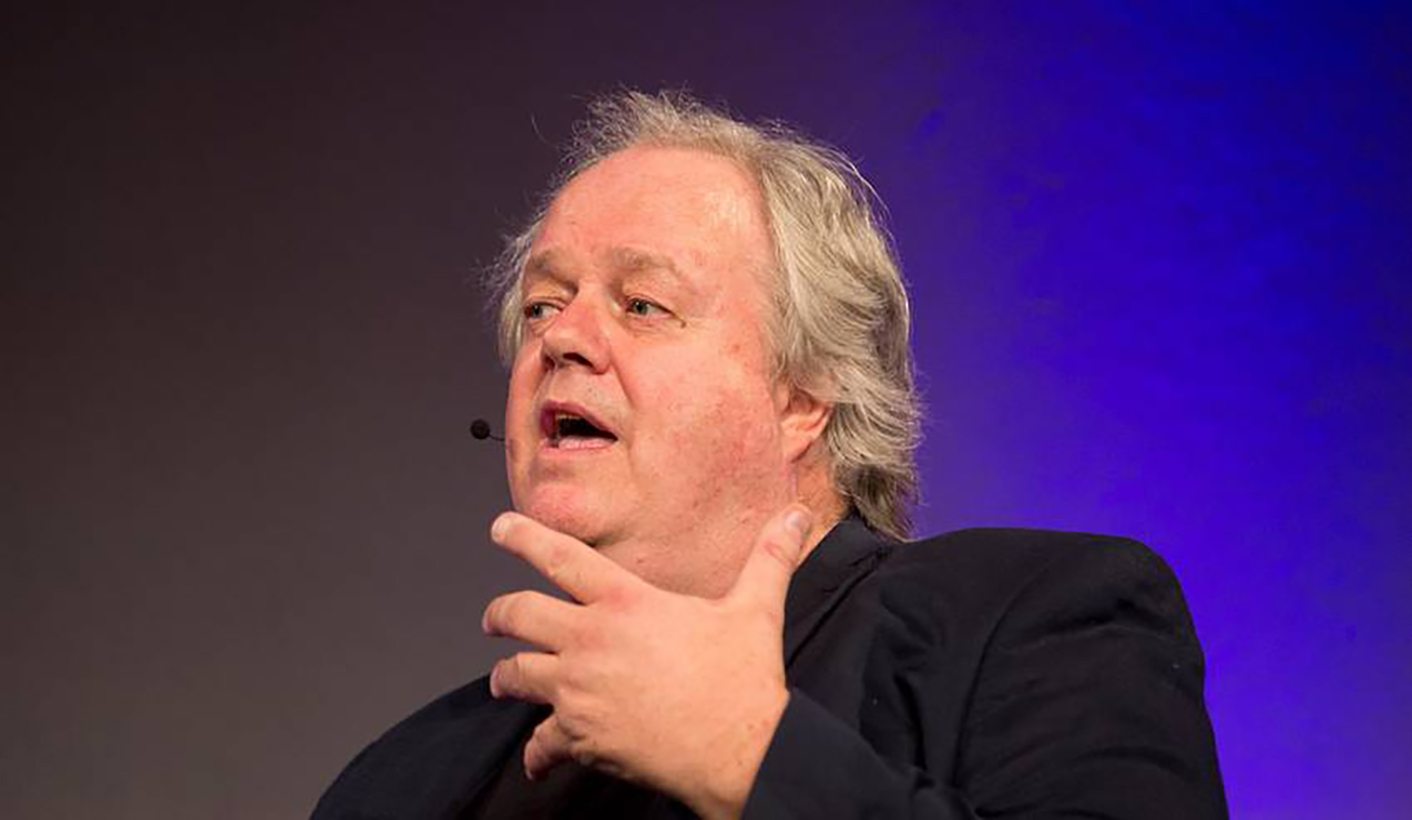 There’s every indication that South Africa’s security establishment has a bad case of the jitters. We’re seeing attempts to indict published books, journalists being harassed, and controversial new plans for a state of emergency being drawn up. Paranoia is in the air – and has been for some time. But if things are seeming spooky now, they’re likely to get ever more so as the 2019 general elections draw closer. By REBECCA DAVIS.

If the State Security Agency (SSA) had succeeded in its ham-fisted attempt to block the sale of Jacques Pauw’s book The President’s Keepers, it would have been the first book banned in a democratic South Africa. Instead, all the SSA managed to do was fuel public interest in the book, which has sold 80,000 copies and rising.

But the country’s spooks show no signs of letting this particular matter go. Pauw and fellow journalist Pieter-Louis Myburgh, who recently released the book The Republic of Gupta, are still facing police investigations amid ongoing confusion about what charge could be laid against them.

“Unfortunately, due to your conduct, this matter has to be dealt with formally,” Govender wrote, instructing De Klerk’s clients to “present themselves” to SAPS in Durban on Wednesday or Thursday.

De Klerk responded that there was a concern that the demand for Myburgh and Pauw to present themselves at the Durban North police station was in order to arrest them. He wrote that “reliable evidence” had been received that Govender has “already applied for warrants of arrest against both of our clients and that such warrants may have been issued”.

De Klerk demanded that Govender disclose the nature of the investigation against Myburgh and Pauw and the charges being considered by the National Prosecuting Authority (NPA). He also asked the police officer to provide a written undertaking that the two journalists would not be arrested.

The deadline given to Govender for a response was noon on Tuesday, after which, said De Klerk, his clients would “seek appropriate legal remedies”. On Tuesday evening, however, News24 revealed that Govender had been removed from the case and Pauw and Myburgh would no longer have to report to the Durban North police station.

That does not mean that the matter is over, however; merely that it increasingly resembles a comedy of errors. News24 reported that the case has been assigned a new investigating officer, with the relevant police docket moved to the provincial head office.

The nature of the case against the two journalists is still unknown. When 702 asked Pauw on Tuesday what the status of police investigations into him was, he replied: “I wish I knew.” He said he was aware of at least two ongoing investigations: one by the Hawks and one by the Durban police. Pauw believes that Roy Moodley was the complainant in the latter matter. Moodley is the KwaZulu-Natal businessman who Pauw named in The President’s Keepers as one of President Jacob Zuma’s benefactors.

While formal police processes are ongoing, it appears that a parallel process is under way to bring pressure against Pauw to name the sources who provided him with information from SARS and the State Security Agency for his book. This seems to be being undertaken with the co-operation of Sunday Independent editor Steven Motale, who last weekend ran a story which purported to expose Pauw’s sources as including former Finance Minister Pravin Gordhan.

“There was absolutely nothing in Motale’s expose which was true,” Pauw told 702 on Tuesday.

SARS and the State Security Agency’s major beef with Pauw – in addition to disputing the veracity of some of his claims – seems to be that he revealed classified information, in violation of 1982’s Protection of Information Act. But as media lawyer Dario Milo explained to Daily Maverick, that act does permit the disclosure of classified information if it does not compromise national security.

Milo also says that it is unlikely that Pauw or Myburgh could be legally compelled to reveal their sources.

“There is an agreement between SANEF [South African National Editors’ Forum] and the NPA dating back to 1999, but still in force, which ensures that a mediation process is followed before any subpoena is issued calling on journalist to reveal a source,” Milo explains. “This provides additional procedural protection.”

Pauw and Myburgh are just two of the bees which the State Security Agency has in its bonnet at the moment. Former intelligence minister Ronnie Kasrils has also been on the receiving end of SSA intimidation attempts. In Kasrils’ case it seems his sin was announcing that he was reserving his legal rights following revelations in Pauw’s book that state security deputy director general Arthur Fraser forged Kasril’s signature to purchase spy equipment.

Kasrils subsequently received a letter from the SSA which sought to “remind” him that as a former intelligence minister he was still bound by secrecy. Kasrils was informed that if he did not “desist from ventilating matters in the media”, the SSA would “seek redress in the appropriate legal forum”.

All of this might seem no more significant than an indication that the SSA has poor legal advice, and that its deputy director general Fraser was personally affronted at the way he was portrayed in Pauw’s book in particular.

Seen against the broader backdrop of events, however, the SSA’s trigger-happiness when it comes to cracking down on media criticism begins to take on a more sinister hue.

“There is a definite sense of greater unease, distrust, and secrecy in South Africa’s security agencies of late,” confirms Darren Olivier, senior correspondent of the African Defence Review.

“We think this is driven by fear in some quarters that legitimate protests and political movements like #FeesMustFall and the Economic Freedom Fighters represent existential threats to the state.”

Olivier told Daily Maverick that there is evidence of “ever-decreasing transparency and growing hostility towards the public and media within the SSA, SAPS and SANDF” [South African National Defence Force], with “reports that used to be released as a matter of routine now held back for security reasons”.

None of this will come as a surprise to the activists at lobby group R2K, who have been warning South Africa for years about its slide towards a securocratic state. A wake-up call, however, was the release this week of draft regulations for a State of Emergency signed by a defence official.

Olivier calls the draft regulations “not only overly broad and non-specific, but unnecessary” – given that current legislation allows Parliament to approve State of Emergency regulations as and when an emergency situation arises, in order to allow the regulations to match the situation in question.

“It makes no sense to require powers to shut down cellphone networks and the internet if the state of emergency is a massive flood or other natural disaster,” Olivier points out. “It’s therefore concerning that the country’s security agencies were directed to prepare a set of catch-all regulations that would apply the same wide powers to any declaration.”

Olivier also says that there has been more evidence of late that the defence force is being prepared to be deployed internally – including to provide “election support”.

In Olivier’s view: “This might mean that the South African government fears and expects the possibility of large-scale political unrest leading up to and surrounding the 2019 elections.” DM