ANC Leadership Race: Divisions rule on the way to Unity 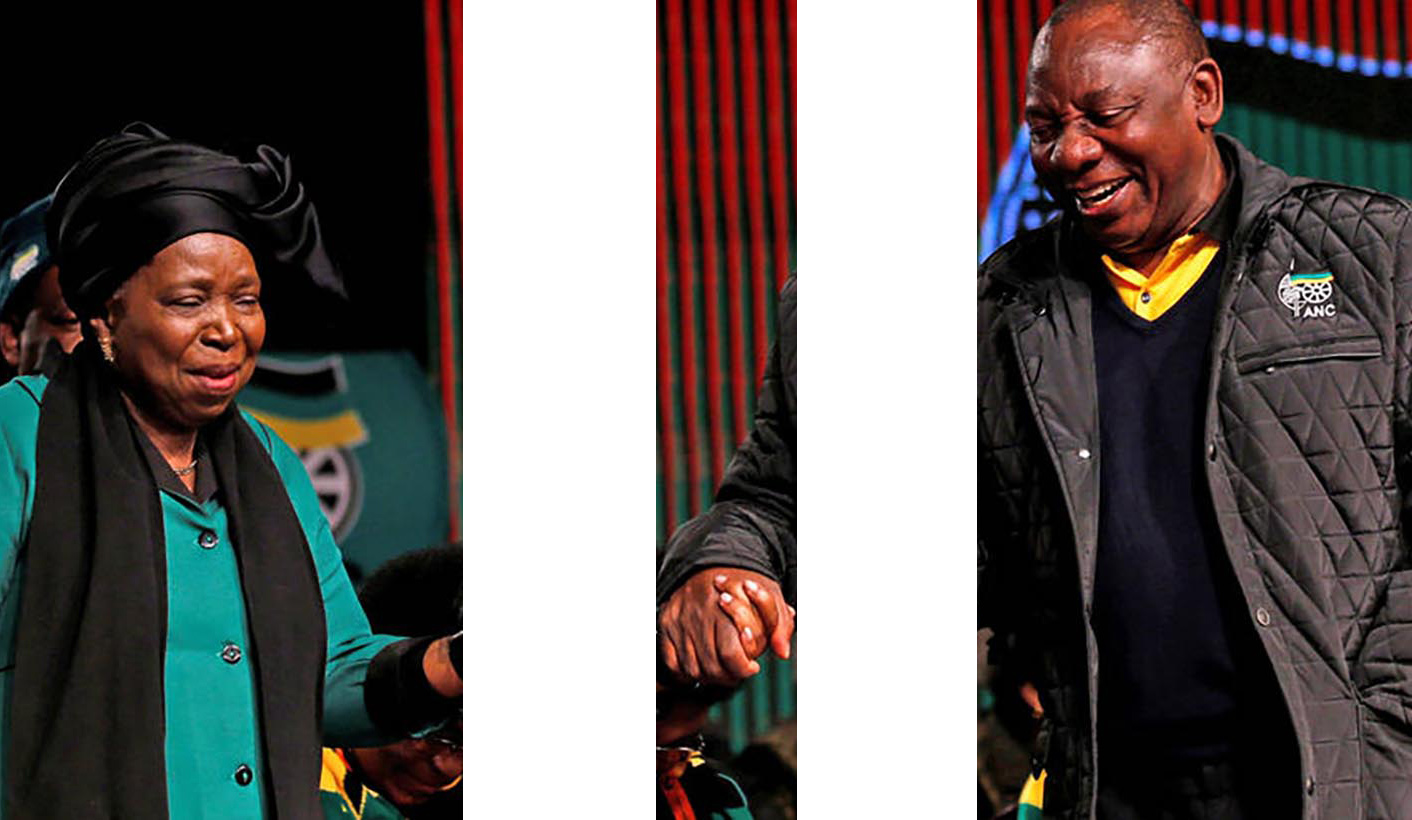 The ANC’s race is now simply too close to call. Statistically, politically, and in all other senses, it is now surely impossible to predict who will win. This means that both sides now need to adopt different tactics, while also accepting certain limitations on what they can do. They are both boxed in, in some ways. At the same time, tensions between the two camps are also likely to rise, as are their legal bills. It seems that the chances of the ANC splitting, or moving into some kind of paralysis, are growing. By STEPHEN GROOTES.

In many democracies, the drama of a political party conference where people don’t know at the beginning how it will end is something of the past. It does not really happen any more – in the age of ever-present media, most parties prefer to use the spotlight to present a unified picture of the strong organisation.

It is one of the peculiarities of this current ANC contest that it is as close as it is. Considering that while it appears to be a contest for the hearts and minds of branch members and their delegates, it is actually a contest of control of party machinery, it is quite incredible that it is in fact this close. It is surely testament to the resources that have been poured into the various campaigns. One of the richest men in the country against a member of a political unit headed by a sitting president, who himself stands accused of grand corruption.

The numbers, as you will hear often over the next few days, are fairly complicated. They can also depend on who you trust as to who you believe. The branch nominations, officially, now appear to stand at 1,864 for Deputy President Cyril Ramaphosa, and 1,551 for Nkosazana Dlamini Zuma. While that figure reflects the single branch nominations, some of them, thanks to their size, will send more delegates than others. Then there are the votes from the sitting national executive committee, the leagues and the provincial executive committees. To put all of this together requires predictions. And thus some calculations put Ramaphosa ahead by just a handful of votes, while still others seem to put Dlamini Zuma ahead. To get an accurate tally is, for anyone right now, probably impossible.

It is important at this stage to make a few obvious points. The first is that with the numbers so finely balanced, tensions are likely to rise. Imagine the scene: a conference hall with over 5,000 delegates being informed that the winning margin is in single, or double, digits. Considering that claims are mounting of branch general meetings being disrupted, it would be prudent to predict that many people wouldn’t accept the result. There would be calls for a recount, then for another vote, with claims of rigging being made in the background.

This tight situation increases the scope for a legal challenge. A few are already sprouting in the space. Mathews Phosa is currently preparing a challenge to the outcome of the Mpumalanga Provincial General Council that saw Comrade Unity doing so well. If he successfully overturns it, the balance of power could shift dramatically. Other challenges are under way in the Eastern Cape (which backed Ramaphosa), North West and the Free State (which back Dlamini Zuma) and there is still a small chance the KwaZulu-Natal numbers would be disputed. The tighter this gets, the more the incentive for a challenge, or a multitude of them. This increases the chances of the outcome being settled by a judge. The fact that the KZN ANC suddenly changed the outcome of its PGC, giving Dlamini Zuma more nominations, can surely already be challenged. And it won’t be lost on Ramaphosa’s side that the provinces seeing legal applications are mainly those that backed Dlamini Zuma.

This means that the use of any tactic by a faction has to ensure that it does not ultimately lose that camp the race through a legal process, and does not inspire that application in the first place. In other words, one side can’t pass cash around in the voting queues, because of the risk of being caught out.

Then there are the tactics that suddenly cannot be used. If one candidate goes in with a slight numerical advantage, that can be used to convince other people to come on board. If Ramaphosa is ahead, he could convince Mpumalanga’s David Mabuza to back him. If neither side can claim victory, this tactic is off the table. Which makes it harder to change minds. It also makes it harder to wave the flag of patronage around, if you are not sure that you will be in charge of the taps when the music stops.

It should also not be forgotten what this race is about.

One of the reasons that tensions are already so high is that there is the belief that one side simply cannot afford to lose, because it is looting the state and the loss would not have been limited to party function. The desire to continue the flow of patronage should not be underestimated, as is the desire to stay out of jail.

But neither should the desire of those who claim they want to reclaim the ANC.

Both sides believe they are in the fight of, and for, their lives, which raises the stakes even more.

This is important because it makes a compromise so difficult. One of the biggest questions facing the ANC’s conference is likely to be whether Jacob Zuma should be allowed to finish his second term as president of South Africa. This is not something that one can compromise on. The same pretty much goes for any other kind of compromise on the slate. What would Ramaphosa gain from being Dlamini Zuma’s vice-president that he doesn’t currently have at the moment? And why would she be a part of his slate for him to relegate her to whatever he felt was most pressing, such as South Sudan or another task team on Eskom?

This then gets to the heart of what might turn about to be the biggest problems facing the ANC. While the tensions and the tightness of the race may raise the chances of a split, it also raises the chances of an awful paralysis.

If some kind of compromise were to be reached, it would still be difficult for any one faction to exert their will. The new NEC would be split from the start, unlike the heavy dominance that Zuma enjoyed for the first few years in the NEC which was elected along with him in Polokwane. The provinces would be split four to five (five backing Ramaphosa, four supporting Dlamini Zuma) in a way so strong that we have never seen it before.

Accordingly, it is obvious that the current caucus of the ANC in the National Assembly has deep divisions. Just last week one ANC MP appeared to try to physically attack another. That caucus cannot be changed easily or quickly. This means that should Dlamini Zuma win, and opposition parties call another confidence vote in February (and of course they would!), Chief Whip Jackson Mthembu could, as a parting shot, lead his caucus in voting Zuma out. And there is no way that caucus could agree on who the new president should be. But that goes the other way too. If Ramaphosa were somehow to be elected president immediately after winning in the ANC, he could also be vulnerable to such a vote.

The levels of division within the ANC, the depth of the divisions, and the tightness of this race, could all lead to disaster. For the ANC itself in 2019, for the country, and for everyone, particularly the poor. It is obvious to everyone that we need action on the economy. If paralysis were to set in, no action would be taken, downgrade would follow downgrade, and poverty would become more entrenched. Worse, the current levels of corruption that we see would continue with no prospect of it ending before 2019.

But if the opposite happens, if the ANC splits now, in just two weeks’ time, there is no easy path either. Even an early election (surely unlikely at this stage) would not necessarily lead to a clear mandate for anyone, with the same results for the economy.

Our future is on the line. The numbers are contested. Tensions are rising. The next two weeks will settle a large part of our future. We are a democracy that is now 23 years old. No one said this adult thing was going to be easy, but no one would have predicted this chaos either. DM