Have SITA and SAPS been captured? Scopa to ask question...

Have SITA and SAPS been captured? Scopa to ask questions about R6.1bn expenditure 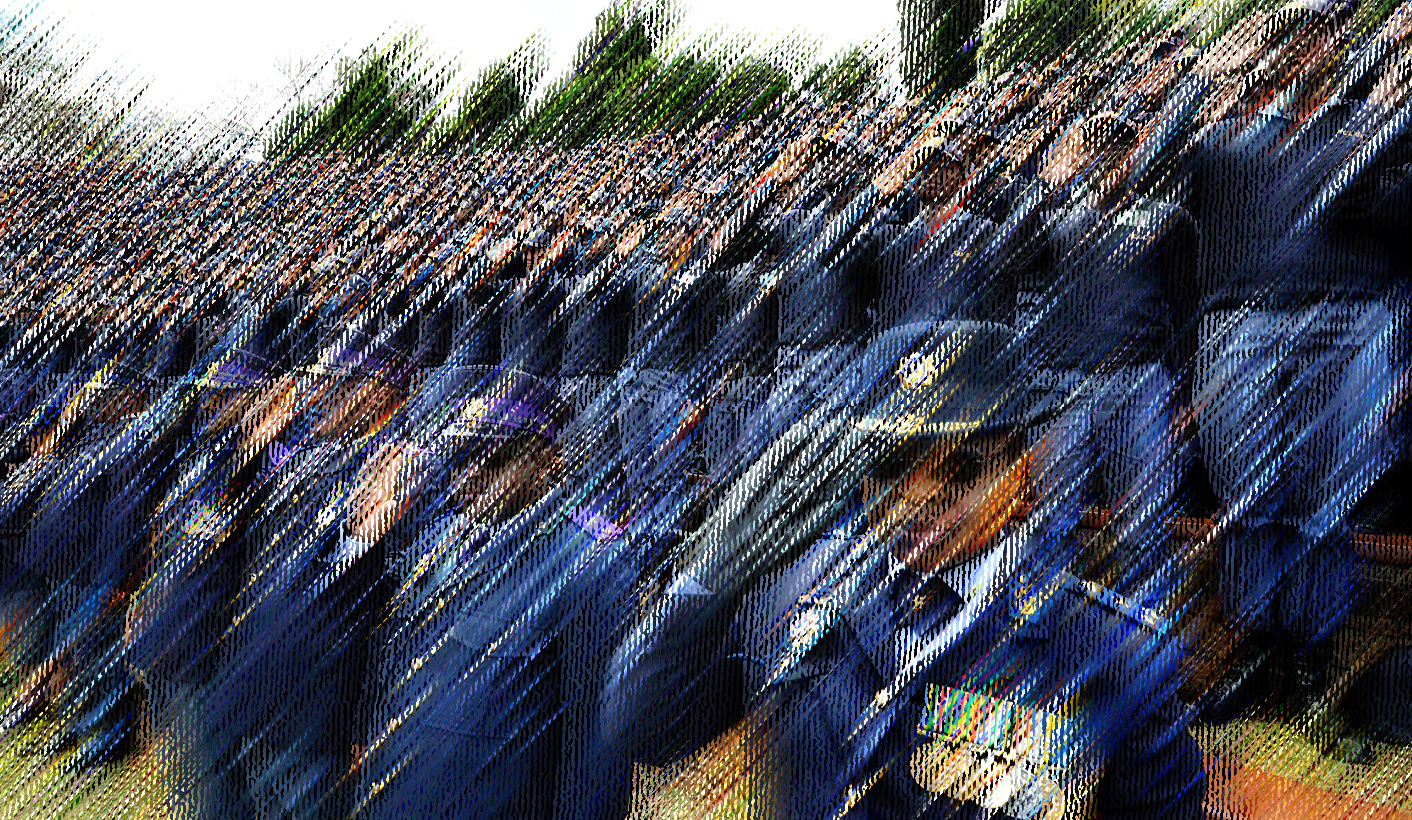 The State Information and Technology Agency (SITA) appears to have become a site of capture by private interests, two investigations – by IPID and SITA itself – have revealed. The relationship between SAPS, the agency and Keith Keating, director of FDA and two other companies, Investigative Software Solutions and Risk Diversion Digital, also owned by Keating, and which have collectively, since 2010, raked in around R6.1-BILLION in evergreen procurement deals, will be the focus of a Scopa hearing on Wednesday. Keating was most recently linked to an alleged kickback scandal involving former acting National Commissioner, Khomotso Phahlane, who was previously SAPS Divisional Commissioner of Forensics. By MARIANNE THAMM.

Considering the staggering cost and quantities of forensic material including case management software, IT hardware, consumables, specialist cameras, high-tech Rofin light sources procured and maintained for around R1-billion – all of this spent by SAPS and SITA between 2010 and 2017 – one would expect the best-equipped and most efficient forensic detectives on the continent.

Yet not once during the lengthy court cases regarding two recent high-profile murder cases – that of British tourist Anni Dewani in Cape Town in 2010 and the killing of Reeva Steenkamp by Oscar Pistorius in 2013 – was there any evidence that any of this State of the Art crime scene equipment had been used by detectives investigating these cases.

In the Dewani matter, the forensic investigation was so poor that a UK expert warned it would not stand up in court. And so it proved to be. In the end Anni’s husband, Shrien Dewani, accused with three South Africans of conspiring to murder her, walked away a free man.

The same applies to the still mysterious and unsolved murder of Bafana Bafana and Orlando Pirates soccer star, Senzo Meyiwa, who was shot dead during an alleged robbery at the Vosloorus home of songstress Kelly Khumalo in 2014. Police have no evidence and no one has been apprehended for the crime.

On Wednesday officials from SAPS and SITA will face Scopa committee members who are hoping to get to the bottom of allegations of widescale procurement irregularities and alleged corruption involving Keating’s companies and that has been highlighted in two investigations, one by IPID and another by SITA itself.

SITA, since its establishment in 1999 to provide a secure, cost-effective and integrated ICT technology service to the public sector, has been plagued by massive and ongoing corruption, fraud and mismanagement scandals amounting to billions. The agency was tasked with catapulting South Africa through the so-called Third and Fourth Industrial Revolutions; today, its incompetence has damaged South Africa’s capacity to compete in a 21st Century technology driven economy.

Strangely, the Scopa, SAPS/SITA committee meeting was not advertised on the usually efficient parliamentary website, which is updated weekly. Be that as it may, officials will find themselves in the hot seats in committee room V454 come Wednesday 09:00.

Keating, a former Warrant Officer in the SAPS, is a director of 23 companies in total. He registered FDA in 1999 and fellow directors are Vhonani Mufamadi, John William King and Adri Els. FDA is classified as providing “financial inter-mediation, insurance, real estate and business services”.

In 2006 Keating registered Investigative Software Solutions (ISS) with Mufamadi, King and Els as directors. ISS is classified as rendering “computer and related activities”. In 2008 Keating registered Risk Diversion Digital (RDD) which provides computer, cellphone, solid state and network forensic investigations. Keating is also a director of Grid Control Technologies which he registered in 2010 along with Mufumadi, King, Els and Desmond van Rooyen as directors.

Keating and his companies have been the focus of two investigations. IPID is investigating, among other probes, alleged kickbacks by Keating in an alleged money laundering scam implicating former acting National Commissioner Khomotso Phahlane, his wife Brigadier Beauty Phahlane, who is attached to SAPS Technology Management Services (TMS), Phahlane’s sister Josephine and Colonel Johan Potgieter via a Pretoria car dealership owned by Durant Snyman.

In that instance, IPID investigator Matthews Sesoko, writing on 25 October 2017 to then acting National Commissioner Lesetja Mothiba, alerted him to one specific transaction involving an order for 169 forensic lights by SAPS Information Technology Services (a division of TMS) dated 31 March 2016 at the cost of R52-million.

FDA, on the same day, submitted an invoice for R52,942,653.66 to TMS which was paid almost immediately, prompting Sesoko to suggest the transaction amounted to corruption through “fiscal dumping”.

In the meantime, Keating and three of his companies, FDA, ISS and RDD, have also been the focus of a SITA-initiated investigation which has uncovered a total of R6.1-billon worth of transactions by Keating’s companies through SAPS and SITA between 2010 and 2017.

Sita spokesperson Lucky Mochalibane confirmed to News24 that the agency had initiated its own internal investigation on supply chain processes in general in February 2017 in an attempt to deal with corruption.

Mochalibane said this had resulted in (at least 54) terminations, suspensions and ongoing disciplinary hearings and criminal actions being pursued “where appropriate and further investigations being initiated”.

He added that while the SITA investigation did not focus on “a single entity” it did indicate “that the procurement of specialised forensic goods and services, inter alia, forensic light sources by the SAPS, facilitated and maintained by SITA, was irregular and has possibly resulted in large-scale irregular and/or fruitless and wasteful expenditure”.

The grand total for these payments is R5.1-billion.

The order states that the products were “delivered to SAPS by Keith Keating of FDA on behalf of Unisys Africa”.

The direct payments to Keating’s companies and Unisys total R6.1-billion.

An invoice from Unisys, dated 26 March 2011 and attached to the IPID letter to former acting National Commissioner Mothiba, and totalling R23.622.699.51 for the same amount of equipment, appears to be related to the FDA letter also dated 26 March, 2011.

SITA has confirmed that in the past two years it conducted two forensic investigations in an attempt to clean up the agency. The first was into SITA’s Human Captial Management and the second into the agency’s Supply Chain Management. This internal and external audit has picked up “a number of large” and “significant procurement irregularities”.

In November 2015, EOH Abantu, “Africa’s largest technology service provider”, acquired Keating’s Grid Control Technologies, FDA and ISS, for about R870-million. However, according to Keating, the relationship with EOH Abantu “became over time commercially unviable” and was bought out “privately” this year.

An EOH spokesperson told Daily Maverick that a decision had been taken to dispose of Grid Control Technologies, FDA and ISS in October this year when it was discovered that Keating’s companies were not “meeting targets”. Daily Maverick has been unable to obtain a coherent explanation as to why Keating’s companies, which appeared to be raking in billions, were not meeting EOH Africa’s targets.

Be that as it may, Daily Maverick has seen two letters from FDA confirming as late as October 18 2017 to SITA that FDA is the Original Software Manufacturer (OSM) and only supplier for the SAPS Firearm Permit System (FPS) which it developed for SAPS.

Daily Maverick sent questions to Keating with regard to his use of the EOH logo on an FDA letterhead with regard to the quotation. Keating had not replied at the time of writing.

Keating has previously denied any wrongdoing and earlier told Daily Maverick that all FDA contracts worked on in relation to SAPS had been through an open tender process and had been subjected to “all procurement regulations”.

“The details of these contracts are a matter of public record,” said Keating.

On Wednesday Scopa committee members are expected to quiz SITA and SAPS officials on these matters as well as ask specific questions with regard to the procurement of the expensive Rofin forensic light sources and their costly annual maintenance contracts without any apparent attempt at finding cheaper alternatives.

Questions also remain as to why SITA pays massive amounts to maintain equipment procured by SAPS.