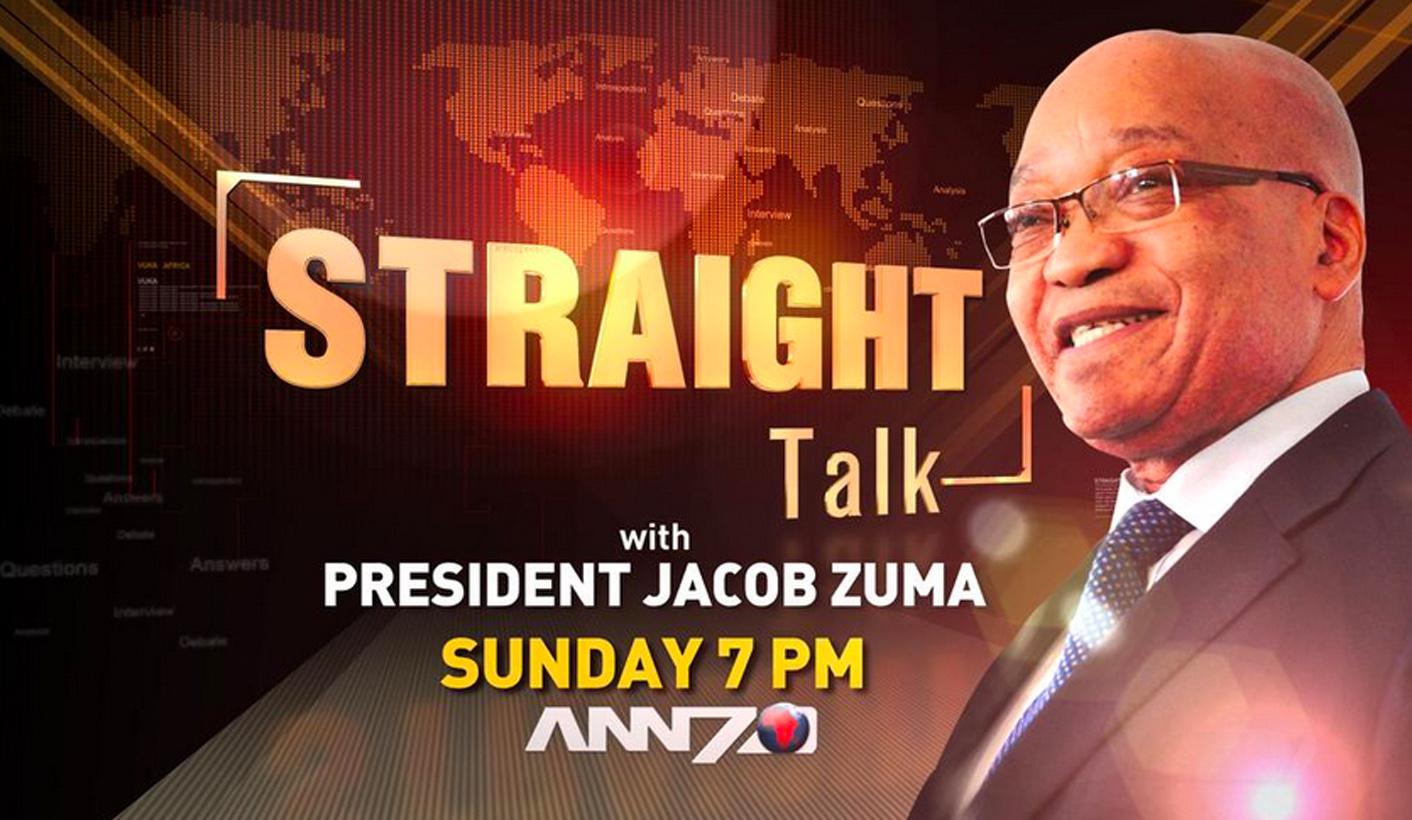 President Jacob Zuma opened up about his legacy and future in a rare interview on Tuesday night. He also used the friendly ANN7 platform to send a message to those who want to see him gone after the ANC’s national conference in December when, he said, he would “still be president of the country”. By CARIEN DU PLESSIS.

Once upon a time, before Nkandla and before the Guptas, President Jacob Zuma still made an effort to endear himself to the chattering classes. He even gave interviews to newspapers.

In his exclusive interview with ANN7 on Tuesday night, however, some of those issues that formed the watershed between that time and now came up in a safe space where he faced no criticism: Nkandla (“there were three investigations that found nothing, absolutely nothing”) and, not by name though, the Guptas (“one thing [the judicial commission of inquiry] must establish is what is State Capture? What is this phrase?”).

Watching ANN7 group political editor Sifiso Mahlangu do his best to put words in the president’s mouth felt like watching a parody of real journalism in some parallel universe – and it’s all as rosy and rich and paranoid as the parallel budgeting process Zuma is accused of trying to introduce in National Treasury to help effect free universal education.

The upside is that it gave some direct insight into the president’s view of the world.

Wearing a royal purple shirt, reflected in the purple dashes on Mahlangu’s striped bow tie and matching pocket handkerchief, Zuma said South Africans themselves should decide what he’s achieved in government, and what his legacy should be.

“South Africans will themselves look at what happened since I became president. I don’t think I can choose on their behalf. As a cadre, when the organisation gave me this responsibility, I did everything I could within my power and capacity to help implement the policies of the ANC, to help bring the things that I thought needed to be brought.” (And he made the pots do what?)

He elaborated on introducing new departments, bringing in rural development, and the department of performance monitoring and evaluation. He said quarterly evaluations of ministers were done. His responses didn’t much concentrate on any actual output, such as economic growth or jobs created, and amounted to an official to-do list from which he had to tick items. He doesn’t seem to take much responsibility for the results.

Mahlangu also helpfully asked about the “foreigners” who tried to poison him (reports that his wife Nompumelelo Ntuli-Zuma is being probed as a suspect have apparently gone unread in this parallel universe). Zuma said he was almost dead, and hinted that indeed there were foreign forces that wanted him gone.

On a previous occasion, in front of his home crowd in the friendly Durban, he said he was poisoned and almost died because South Africa joined Brics, before doing an about-turn in response to a written parliamentary question two months later, saying: “I am not aware of a conspiracy to poison me because of the decision of South Africa to join Brics or because of the radical economic transformation policy of government.”

Perhaps, in the friendly space of the ANN7 cameras, Zuma could open up. He said coups d’état and elections in Africa were influenced by former colonial powers that still had an interest in their former colonies. The ANC, with him at the helm, stood strong.

“I don’t think you can say South Africa has been affected by that. I think what’s a difficulty for many of them is that the ANC is too strong. In fact they have been wishing that the ANC should disappear.”

He went further to suggest, however, that these outside forces did manage to create “disagreement, to create factions” within the ANC. The party itself could never create such a monster, obviously.

Zuma’s press office has been busy issuing many “clarifications” to stories in the past few weeks, not least about the latest free education budget controversy – which wasn’t interrogated in the interview, because, in ANN7’s parallel universe, one should know to trust the prez on this one.

On top of this, his slumbering state security apparatus suddenly sprung into action again when Jacques Pauw’s exposé The President’s Keepers suddenly appeared on the shelves, making it a best-seller.

Zuma had to take charge again, and used the interview to show who’s boss.

For instance, he laid down the law on white monopoly capital, against what his party decided after key discussions at its policy conference just over three months ago. “I don’t know why there is a debate, in fact, because there is monopoly capital and it is white,” he declared.

There were also his views on land reform, radical economic transformation, and the small matter of “State Capture” which he believed was being used as a mere political tool. Judging from his response, he really sees it as a conspiracy.

In recent years, Zuma’s only granted the odd broadcast interview because he can’t be quoted out of context on air, one of his people once explained to this reporter.

Tuesday’s ANN7 interview followed on another exclusive last week with Zuma’s preferred successor, Nkosazana Dlamini Zuma. She appeared in front of the ANN7 cameras beaming ambitiously at Mahlangu’s mention of her possible presidency.

Of course, the skilful Mahlangu managed to conduct the entire interview with Zuma in ANN7’s safe bubble without mentioning her name once, even though Zuma has publicly endorsed her on previous occasions, including shortly after her return from the African Union. Perhaps it was just one of those unspoken things, like a wink and nod, that everyone understands in parallel universes – a bit like when you name-drop Number One. DM