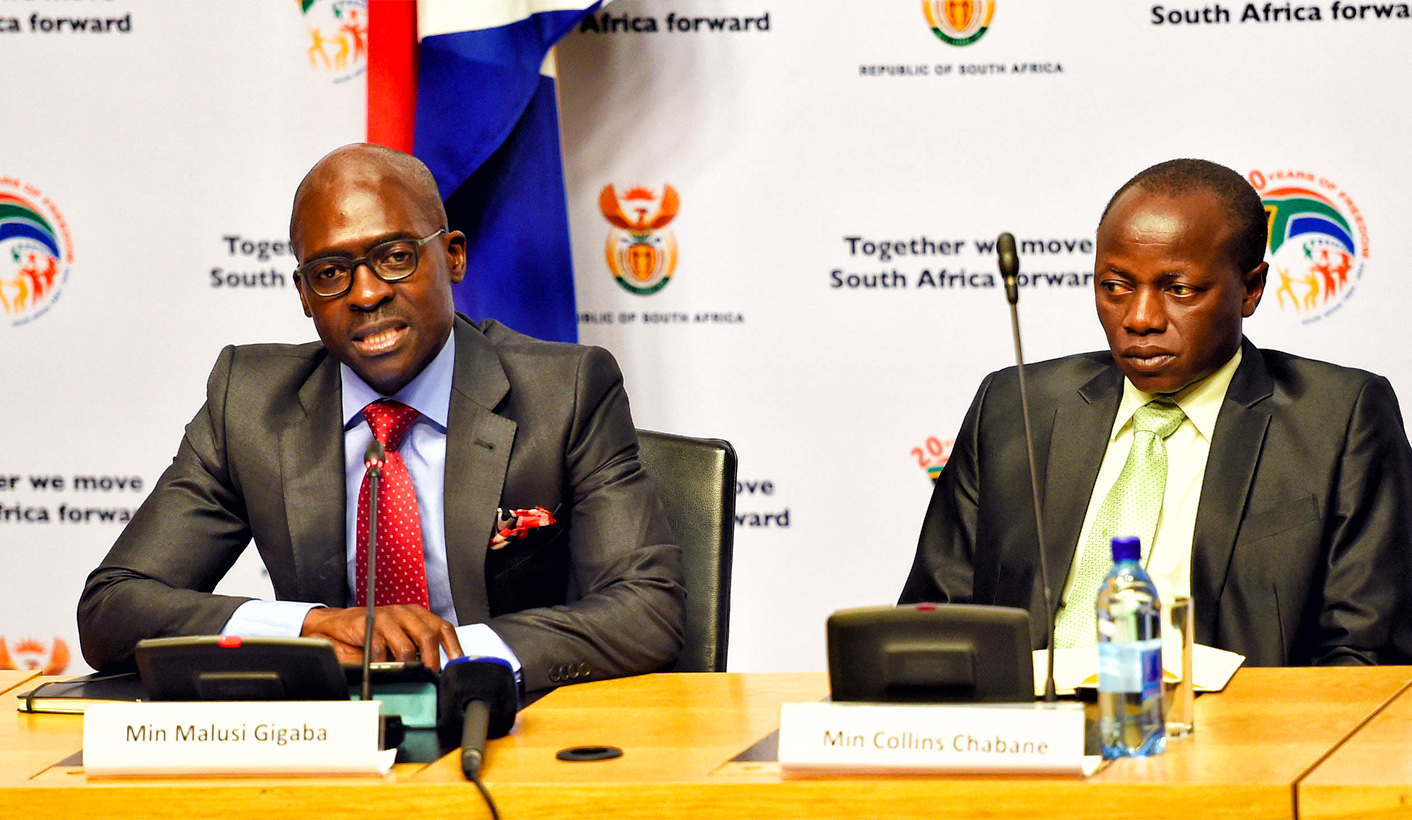 R50-billion. That’s how much the government is currently missing in taxes. Announcing the establishment of an urgent inquiry into the cause of the hole in SARS’ revenue on Tuesday, Finance Minister Malusi Gigaba suggested that one of the drivers may be “weakening tax morality”. Many would say that the problems lie more within SARS and the economy than the tax base, but there have been rumblings for some years about a possible tax revolt by South Africa’s increasingly disenchanted taxpayers. Does the shortfall in SARS’ collection suggest that some form of tax-based mutiny may indeed be on the go? By REBECCA DAVIS.

“We the people of South Africa have had enough of wasteful government expenditure and corruption and we will hold the government to ransom to enforce change,” declares the mission statement of a Facebook group called “Tax Revolt South Africa”, which has just over 20,000 followers.

Such talk is not new.

“There are people in South Africa who are organising a tax revolt, and make no mistake, it takes one single action and the entire system will collapse,” the late Inkatha Freedom Party MP Mario Oriani-Ambrosini warned Parliament’s Department of Justice budget vote debate in July 2014. “We, the people, the taxpayers, still have the final say on whether or not this society can operate. The money wasted is not government’s, it’s our money given to the government”.

With recent evidence pointing to the fact that figures like the Gupta brothers and President Jacob Zuma have at points paid minimal income tax or failed to submit tax returns altogether, it’s not hard to see how ordinarily law-abiding taxpayers might be progressively more frustrated at the hits to their pocket.

When it comes to a tax revolt, however, the idea is easier said than done.

The question of how a tax revolt would work has been exhaustively discussed in forums like the Tax Revolt Facebook group. Two obvious obstacles would be that individual employees have no ability to withhold PAYE from the taxman, and individual consumers no ability to avoid VAT. One suggestion has been the withholding of municipal rates and taxes, and the refusal to pay small levies like e-tolls and TV licences.

Some South Africans claim to be trying other methods. One Facebook commentator wrote that she had been “bartering as much as we can with our other businesses. We stop working when our income gets over the tax bracket”.

“I make a point of supporting the informal sector, where I know they don’t pay taxes,” another commented.

But this is small-fry stuff, and unlikely to keep SARS officials up at night. It cannot possibly account for the current R50-billion hole in SARS’ revenue collection.

Yet it is also the case that it is overwhelmingly personal income taxpayers who are not coughing up as expected. This is demonstrated by the fact that the largest part of the current SARS deficit – almost R21-billion – is from individuals. By comparison, companies have failed to pay R4.8-billion of what was expected.

Finance Minister Malusi Gigaba’s suggestion this week that “weakening tax morality” might be driving lower revenue collection was interpreted in many quarters as a fig leaf for the establishment of a tax inquiry. Freedom Front Plus leader Pieter Mulder suggested that the investigation into SARS may be “nothing but a witch hunt to determine who leaked information and documents to the author Jacques Pauw for his book entitled The President’s Keepers”.

Whatever Gigaba’s underlying reasons for the establishment of an urgent inquiry into SARS, his ostensible concerns about “tax morality” are worth examining.

Is there any validity to the idea that fed-up South Africans are finding ways to pay less tax?

The view from all tax experts canvassed by Daily Maverick on Wednesday was unanimous: yes.

“Taxpayers are rapidly taking the view that tax is not a moral obligation,” says Keith Engel, CEO of the South African Institute of Tax Professionals. “Much of the money is being misused for government bloat, patronage and corrupt projects.”

Among high net-worth individuals, Engel says he is seeing more and more taxpayers shifting money offshore. When it comes to these individuals, there is not just concern about current, but future taxation – given recommendations for increased estate duty and a potential wealth tax.

“I have had personal experience with taxpayers who were the victims of the recent delayed tax refunds who started changing the way in which they do business in order to be less dependent upon SARS,” Williams says. In situations where taxpayers do cross-border business, “it is often easier for the taxpayer […] to rather operate wholly or partly from a different country”.

Williams says she has also recently witnessed South African farmers shifting part of their operations to countries like Australia and Mozambique: setting up new operations as subsidiaries of offshore trusts with a view to future immigration.

For those still taxed solely in South Africa, other methods are being employed to reduce payments to SARS.

“I have heard of several people reducing the personal salaries drawn from their companies, as well as reducing dividends from these companies, following the substantial increase in the individual tax rate and the dividends tax rate this year,” Williams says. “For example, for profits that are intended to be invested, investments can be made in the name of the relevant company, instead of in the individual’s hands, and in that way the 20% dividends tax for making the distribution to the individual would not be triggered.”

Charitable donations, which are tax-deductible, represent another means of reducing income tax liability.

“The dissatisfaction with SARS specifically, and the use of funds by government and parastatals more generally, is such that many taxpayers would rather have less cash in their pockets and more in the hands of their favourite charities, if this means less taxes being collected by the fiscus,” says Williams.

It’s worth noting that these are just the legal methods of reducing one’s tax bill. Other less lawful means are undoubtedly being employed too.

Anyone attempting such techniques should be aware of the revenue collector’s extensive powers, warns the South African Institute of Professional Accountants’ tax chair Ettiene Retief.

“Let’s not forget that SARS has significant powers in terms of the law, including for instance taking money from bank accounts if you refuse to pay, and issuing estimate assessments if you fail to file a return. There are significant penalty provisions,” Retief says.

While the country’s weak economic performance and rampant unemployment has probably the biggest effect on reduced tax revenue, Gigaba may also be right to suspect a “weakened tax morality” among South Africans at present. But some feel that the concept of “tax morality” is deeply problematic as it is.

“In the current political and economic climate, taxpayers may well feel that paying their taxes is not the moral thing to do,” says Williams.

“As an attorney, I feel very strongly that I must behave legally, and comply with the tax laws. However, I feel terribly guilty, from a moral perspective, for the fact that I pay so much tax.” DM