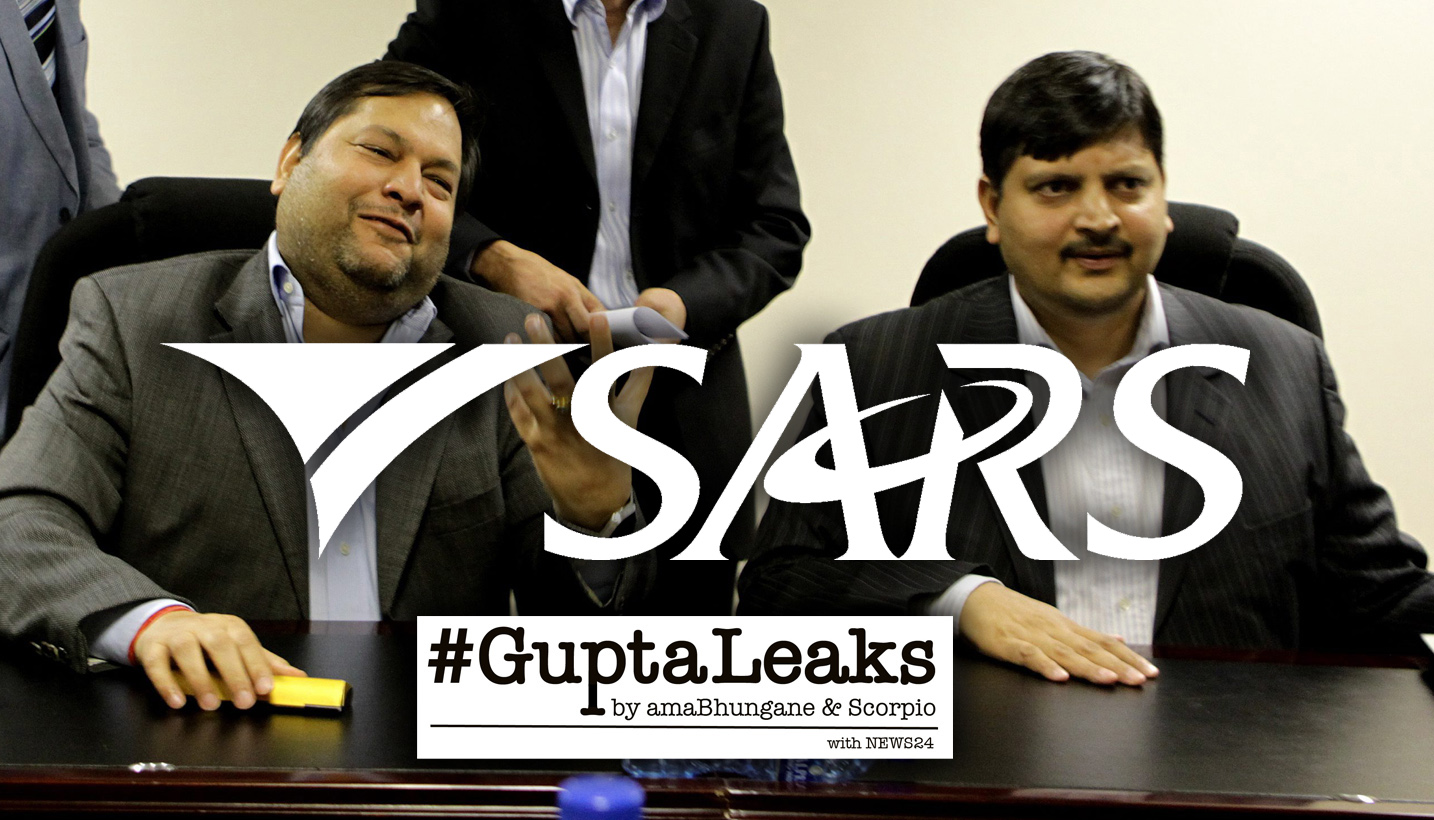 For the past few years, there has been no family in South Africa more famous for their lavish personal lifestyles than the Guptas. Yet evidence from the #GuptaLeaks email trove shows that between 2011 and 2013, SARS accepted declarations from the three Gupta brothers to the effect that they earned R1-million or less each per year – and paid personal income tax accordingly. That’s a pretty sweet deal, given that the Guptas’ ostentatious way of life was well known. By SCORPIO and AMABHUNGANE.

Private jets, sprawling mansions and eye-wateringly expensive weddings are lifestyle features associated only with those who possess vast personal wealth.

Yet for three years in a row, 2011, 2012 and 2013, the Gupta brothers appear to have convinced the South African Revenue Service (SARS) that they were taking home less than R1-million in personal income annually.

SARS documents from the #GuptaLeaks email trove show that for 2011 to 2013, Ajay, Atul and Rajesh (Tony) Gupta declared taxable income which rarely exceeded R1-million per year, on which they paid PAYE and nothing further.

A tax expert who spoke to Scorpio on condition of anonymity said that the relatively small amounts of declared personal income were impossible to square with media reports of the Guptas’ lifestyles.

From at least 2010, the Guptas were attracting media attention for both their close ties to President Jacob Zuma and their apparent taste for the high life.

It is well known, for instance, that the Saxonwold mansion which the Guptas call home in South Africa is a sprawling property: a three-storey building with a kitchen on each floor. It was previously described by Saxonwold and Parkwood Residents’ Association urban planner Craig Pretorius as “a kind of a large guesthouse – a private hotel… with a cinema and spa”. It also features a helipad and cricket pitch, and has previously been valued at over R16-million.

The 2013 Sun City wedding of the Guptas’ niece Vega, meanwhile, attracted a flurry of headlines for its opulent flavour. A typical report from the Sunday World at the time, for instance, quoted a Sun City insider as saying: “They are spending millions.” TV programme Top Billing subsequently devoted a full episode to footage from the wedding:

We now know from the #GuptaLeaks emails that much of the cost of the Gupta wedding was classed as a business expense through the Gupta-owned company Linkway Trading. Evidence from the email trove suggests that it was standard practice for the Guptas’ personal expenses to be funded through their companies. This is in itself highly irregular.

“You are not allowed to put personal expenses through a company, finish en klaar,” the tax expert told Scorpio. “Every expense a company deducts must be shown to be in the production of that company’s income. If it cannot [be shown], then a fringe benefit tax is applicable.”

The expert explained, for instance, that even if a Gupta-owned company were paying the monthly bond on the Saxonwold property, the employees who were benefiting from this system – in this case, the Guptas themselves – would have to pay fringe benefit tax. There is no evidence of this happening from the Guptas’ tax returns.

Given the volume of highly public information available about the Guptas, red flags should have been raised at SARS about the amounts they were declaring in taxable income. “ SARS gleans its information from the press,” the tax expert said – and there has been no shortage of Gupta-related press in South Africa over the past seven years or so.

Asked by Scorpio if the Guptas were ever subjected to a lifestyle audit by SARS, the revenue service’s spokesperson Sandile Memela responded via email: “In line with the spirit and letter of the tax legislation… SARS cannot divulge specific information and details on the affairs of taxpayers.”

The tax expert explained that what generally happens when SARS “feels like something’s not right”, in terms of a discrepancy between lifestyle and declared income, is that SARS will send the individual in question a request for a basic statement of assets and liabilities. If that fails to assuage doubts, SARS will proceed with a lifestyle audit, in the course of which one is required to fill out a multipage questionnaire dealing with the minutiae of your income, assets and expenses.

The Prevention and Combating of Corrupt Activities Act, promulgated in 2004, allows for investigation into individuals who appear to own property disproportionate to their income. It states that such an investigation may be ordered if a person “maintains a standard of living above that which is commensurate with his or her present or past known sources of income or assets”.

In 2012, a SARS compliance programme document stated that it was focusing on high net worth individuals.

“Our preliminary sampling exercise has shown that under-declaration of income is an area of concern, where an individual’s declared income is not consistent with their asset base,” that document stated.

“To date, 467 potential wealthy individuals have been identified where there are discrepancies between their asset base and declared income, and they can expect much closer scrutiny from SARS.”

The Guptas had become a household name in South Africa by 2013. Important questions thus remain about how the brothers were permitted to pay such a relatively low level of tax for multiple years concurrently.

“Tax morality is critical for the country,” SARS’ Memela told Scorpio in a statement. “It is therefore critical for all South Africans to be law-abiding citizens who are seized with ensuring and promoting compliance to the tax laws of the country.”

All South Africans – but not the Guptas? DM