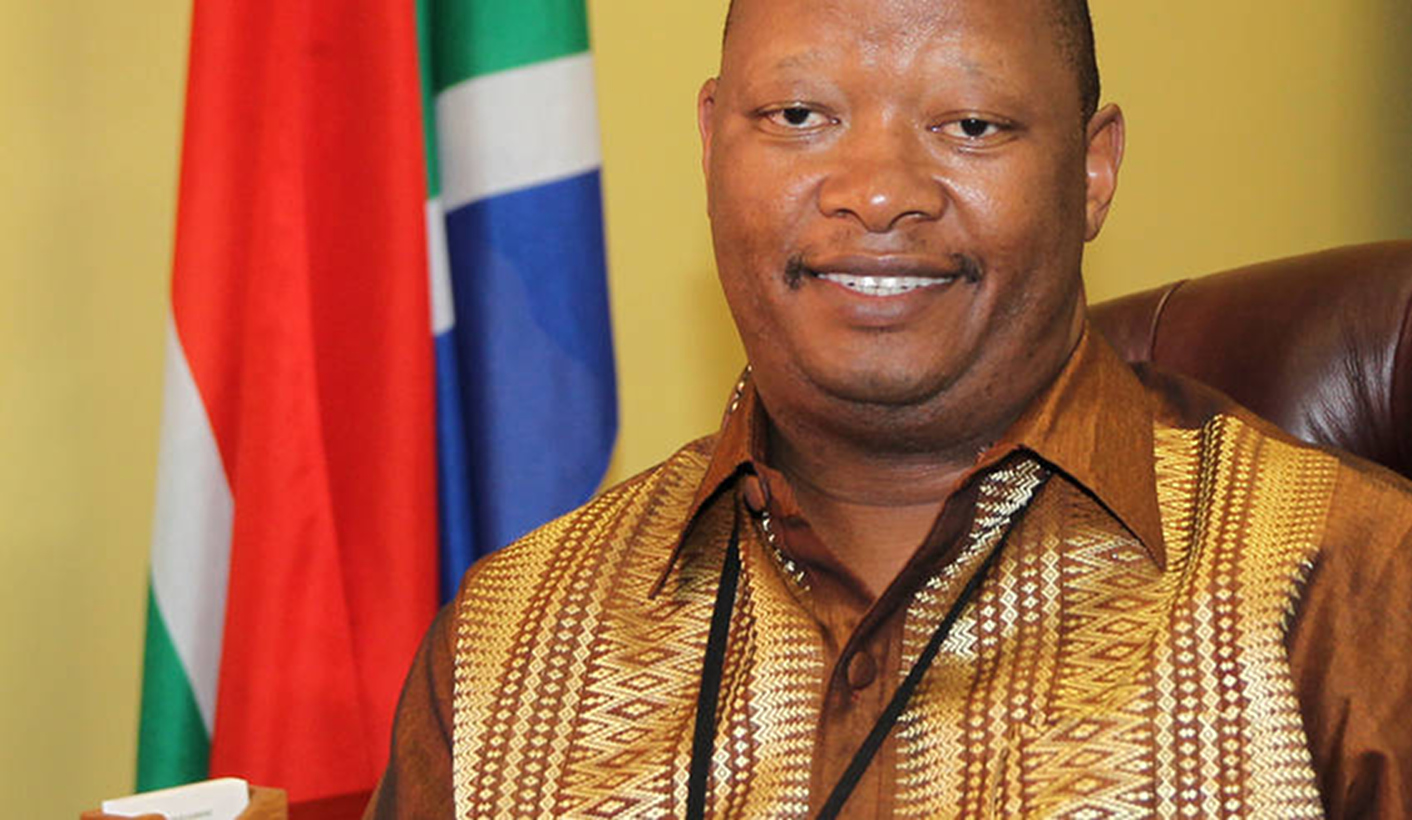 Secretary to Parliament Gengezi Mgidlana will face disciplinary proceedings over claims of maladministration and abuse of power, Parliament officially confirmed on Wednesday. The decision by National Assembly Speaker Baleka Mbete and National Council of Provinces (NCOP) Chairperson Thandi Modise followed an investigation by the institution’s audit committee, which the presiding officers instituted some five months ago. By MARIANNE MERTEN.

Secretary to Parliament Gengezi Mgidlana now has seven days to make representations at to why he should not be placed on precautionary suspension pending the finalisation of disciplinary proceedings. He has been on special leave since 9 June after the parliamentary branch of the National Education, Health and Allied Workers’ Union (Nehawu) lodged an official complaint with the presiding officers.

“Consistent with the principles of natural justice, the Secretary to Parliament remains innocent until proven otherwise by a due process – which the presiding officers hope will be conducted and concluded without delay,” Parliament said in a statement.

“The allegations investigated by the (audit) committee included Mr Mgidlana’s receipt of an ex-gratia payment of R71,000, improper allocation of a study bursary, improper travel management and irregular procurement of services,” said Parliament. “After applying their minds to the report, the Presiding Officers have decided that the recommendations and allegations made are serious and warrant that Parliament institutes a disciplinary process against Mr Mgidlana.”

A few hours after Parliament’s announcement, Mgidlana issued a media statement through Kevin Kiewitz, a director at the law firm Abrahams Kiewitz Inc.

“My client has noted the statement by Parliament and calls on all to allow due process to unfold and produce an outcome. My client is confident that he will be cleared and exonerated of all the allegations of wrong doing,” said the statement. “My client is already not at work on special leave for 5 months now something that he requested and was granted. He requested special leave in order to ensure that the process of an inquiry takes place without any undue influence and in the interest of good governance. We look forward to a fair process that will allow my client to clear his name,” the statement read.

Mbete and Modise had received the report of the audit committee’s investigation last month. They confirmed this to the Joint Standing Committee on the Financial Management of Parliament when they briefed MPs two weeks ago. Afterwards the committee said in a statement it was “satisfied with the nature and spirit of the engagement with the top management of Parliament and the presence and participation of the presiding officers”.

Word of disciplinary action against Mgidlana emerged in the parliamentary precinct on Friday — Daily Maverick learnt of this independently from three insiders – however a request for official comment proved unsuccessful. The disciplinary proceedings against Mgidlana were officially communicated on Thursday.

Nehawu parliamentary branch chairperson Stembiso Tembe welcomed the announcement on Thursday.  “We have been vindicated as a union, that’s what we have been calling for,” he said, adding the processes now needed to unfold.

Daily Maverick has previously reported on reasons for the audit committee investigation. However, Mgidlana took issue and exercised his right to reply.

Thursday’s official announcement of Mgidlana’s disciplinary proceedings comes after almost two years of simmering tensions, which erupted sporadically over other matters like the bursary award and travel that were by June this year referred to the audit committee for investigation.

It started in late 2015 when Nehawu embarked on a wildcat strike over conditions of employment and bonuses. Tensions over salaries emerged again earlier this year amid communication from top managers there was no money for increases. This played itself out during Parliament’s Budget vote debate in May when Nehawu picketed in the public gallery as opposition MPs raised this salary freeze alongside the controversies around Mgidlana, from his travels, bursary and ex-gratia payment just a few months into the job.

In closing the debate Mbete moved to rebut the criticism, saying these matters had been referred to Parliament’s internal audit committee for independent investigations. “Around all the allegations and grievances against the secretary to Parliament, the matters raised, in fact, by various members of Nehawu in particular… we have been interacting with the internal audit committee since last year,” she said.

Nehawu in mid-2016 also laid complaints against Mgidlana with the Public Protector, as did former Parliamentary Protection Services (PPS) deputy Motlatsi Mokgatla, whose contract expired after he was placed on precautionary suspension alongside his boss Zelda Holtzman in late July 2015. Last month Holtzman was dismissed following the recommendation of an independent disciplinary process that had found her guilty of, among others, gross insubordination, failure to submit a business plan and failing to resolve divisions in the PPS. It is understood the Public Protector probe has not yet been finalised.

Details of Mgidlana’s disciplinary process, its start date and whether it would be conducted by an independent chairperson would still have to be finalised by the presiding officers, said Parliament spokesperson Moloto Mothapo. DM