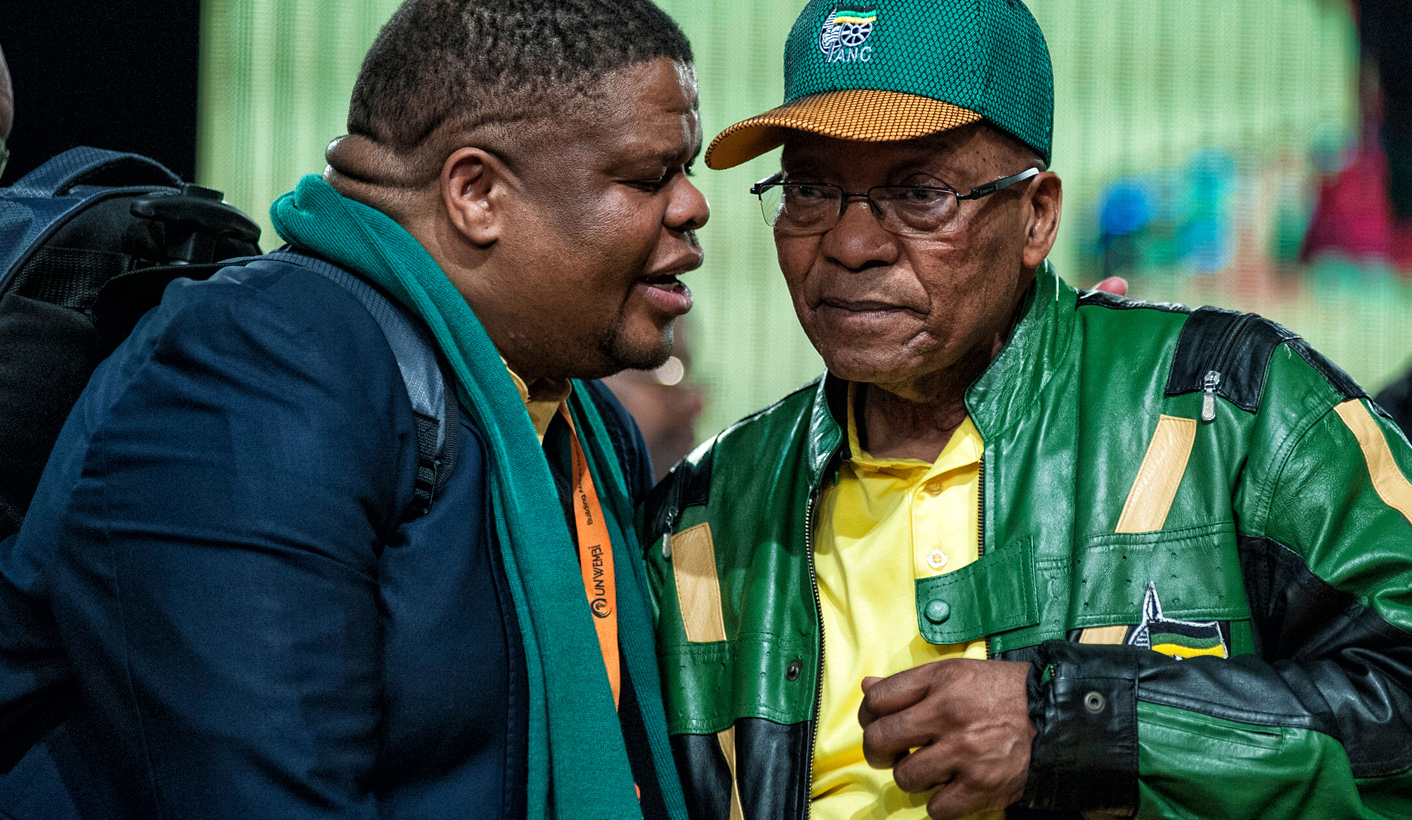 From the moment it became clear the ANC’s leadership race was going to be between Nkosazana Dlamini Zuma and Deputy President Cyril Ramphosa, it was known that the intelligence services would play an oversized role. They were present in Polokwane and Mangaung – and now they are even more firmly under the thumb of President Jacob Zuma. On Friday, the SARS threat of action against Jacques Pauw was quickly followed by the State Security Agency’s demand that the The President’s Keepers be withdrawn. The first obvious impact was to push up book sales immeasurably, the second was to make it the most pirated book in South African history. This action would appear to reveal the hand of those running the government these days. But it could also signal the depth of Zuma’s own analysis of the current situation. By STEPHEN GROOTES.

It was a publisher’s dream come true – the legal letter from the State Security Agency (SSA), making threatening noises towards Jacques Pauw and his book, and demanding that it be retracted. Twitter lit up, with complaints that book shops had run out of copies, while Amazon must have noticed a noticeable spike in traffic from South Africa’s urban areas. Exclusive Books couldn’t resist getting in on the act, releasing their own statement, promising to continue stocking the book and standing by Pauw and his publishers. Then, electronic copies of the book in PDF format started doing the rounds, leading to a plea from the publishers for people to either wait or buy it, but not to “steal it”.

Thanks to the SSA, there was no quicker way to make sure that those with the means knew all about the book and its contents.

But it goes further than that. Last Sunday the Presidency quickly issued a statement in response to the Sunday Times’ publication of extracts from the book, denying that Zuma had not submitted tax returns in time. On Friday, SARS said that it would take action against Pauw:

“SARS views the publication of confidential taxpayer information through Mr Pauw’s book and the Sunday Times as unlawful and a criminal offence in terms of Section 236 of the TAA.”

This surely has the consequence of proving that Pauw’s claims are correct. Either Pauw published information which is true, and thus broke the law around taxpayer confidentiality, or he published information that is false. If it is false, that is not really SARS’s problem, it is Zuma’s. But now, by taking this action, SARS has confirmed that the information is possibly true, which in turn must surely also mean that Zuma has lied.

What is odd is that none of the players involved could have determined the possible reaction of the chattering classes to the SSA’s actions, and would have worked out how the action by SARS would confirm the original story. So then, why do it?

It is tempting to suggest, in conspiratorial tones, that there is a bigger plan, that at some point the other shoe is going to drop and Pauw, and those who have bought and read the book, are going to be on the losing side. But, considering the past conduct of our spooks (their lack of ability to act to prevent, well, anything really, in places like Vuwani, the fact their own foreign currency was stolen right under their nose) suggests otherwise.

And of course, Pauw is probably relatively unconcerned about a possible court process. The country’s top lawyers are likely to queue up to represent him, there would be a huge public interest argument, and the punishment is unlikely. As is so often the case, it is not the law that is important, but the politics that drives the situation. In this case, the politics is against Zuma, because any forthcoming case would just continue to confirm the veracity of Pauw’s reporting.

Then there is the conduct and choice of the person who is now the official political head of our spies, Bongani Bongo, who was appointed Minister of State Security just last month. On Friday he first claimed to know nothing of the agency’s action in trying to block the book, then later he nevertheless defended the action. That alone suggests incompetence, or that the person who actually took the decision was either the head of the SSA, Arthur Fraser, or former State Security Minister, David Mahlobo. On Sunday, both City Press and the Sunday Times reported that Bongo is being investigated by the Hawks for allegedly receiving kickbacks – including a car – while in the Mpumalanga administration. This may be another indication that Zuma is running out of people who can do jobs for him. Bongo is not someone who is competent and compliant, so Zuma has just gone for compliant. Considering Zuma has also recently appeared to go from the Guptas to Kenny Kunene, it may be that he is running out of allies.

However, there must have been a reason for these agencies to move against a book the contents of which are already public knowledge. Zuma can probably live with the historical claims against him, it appears unlikely that anyone is going to move against him right now. What he can’t live with is anything that moves the dial towards a Ramaphosa victory at the ANC’s conference. And the claim that Dlamini Zuma’s campaign is being financed by a self-confessed tobacco smuggler may well be doing some damage. (Of course, one shouldn’t forget that this contest is about control of branches, not persuading hearts and minds.) But for the claim, backed up by photographs, to appear on the front page of the Sunday Times for a second consecutive week surely can’t be helping. Perhaps it is this seemingly continuous stream that the spooks are trying to stop?

It has often been assumed that the political decisions of people in urban areas and rural areas are different. It is likely that far more people in urban areas will have seen the contents of this book, either in print or through rogue PDF copies, or heard about it in the media, than people in rural areas. This could mean that these people are making decisions based on different data. However, the argument against that is the polling figures, which show that even in the more rural provinces, such as Mpumalanga, Ramaphosa is much more popular than Dlamini Zuma.

If that is the case, it may be an indication that Dlamini Zuma is not currently in a position of unassailable strength in the ANC’s contest. Another indicator of this may be the speed with which the nuclear power deal is progressing. City Press also reported on Sunday that Mahlobo, now Energy Minister, is trying to get the integrated energy plan passed within the next two weeks. If Zuma was so confident that he is likely to enjoy a close relationship with the next leader of the ANC, there would no need for this incredible haste.

As the calendar flicks ever closer to the start of the ANC’s conference, the smell of desperation from all sides is likely to get stronger. People will use whatever means they have, even if they have not thought everything through. The actions of the SSA and SARS may be a further sign of this desperation. They are also a clear sign that Zuma still has control of the state, as incompetent as it is. Ramaphosa may find that difficult to counter. DM

Photo: State Security Minister David Mahlobo is seen in conversation with President Jacob Zuma at the final session of the ANC’s National Policy Conference which was held at the Nasrec Expo Centre in Johannesburg, 5 July 2o17. Picture: IHSAAN HAFFEJEE.