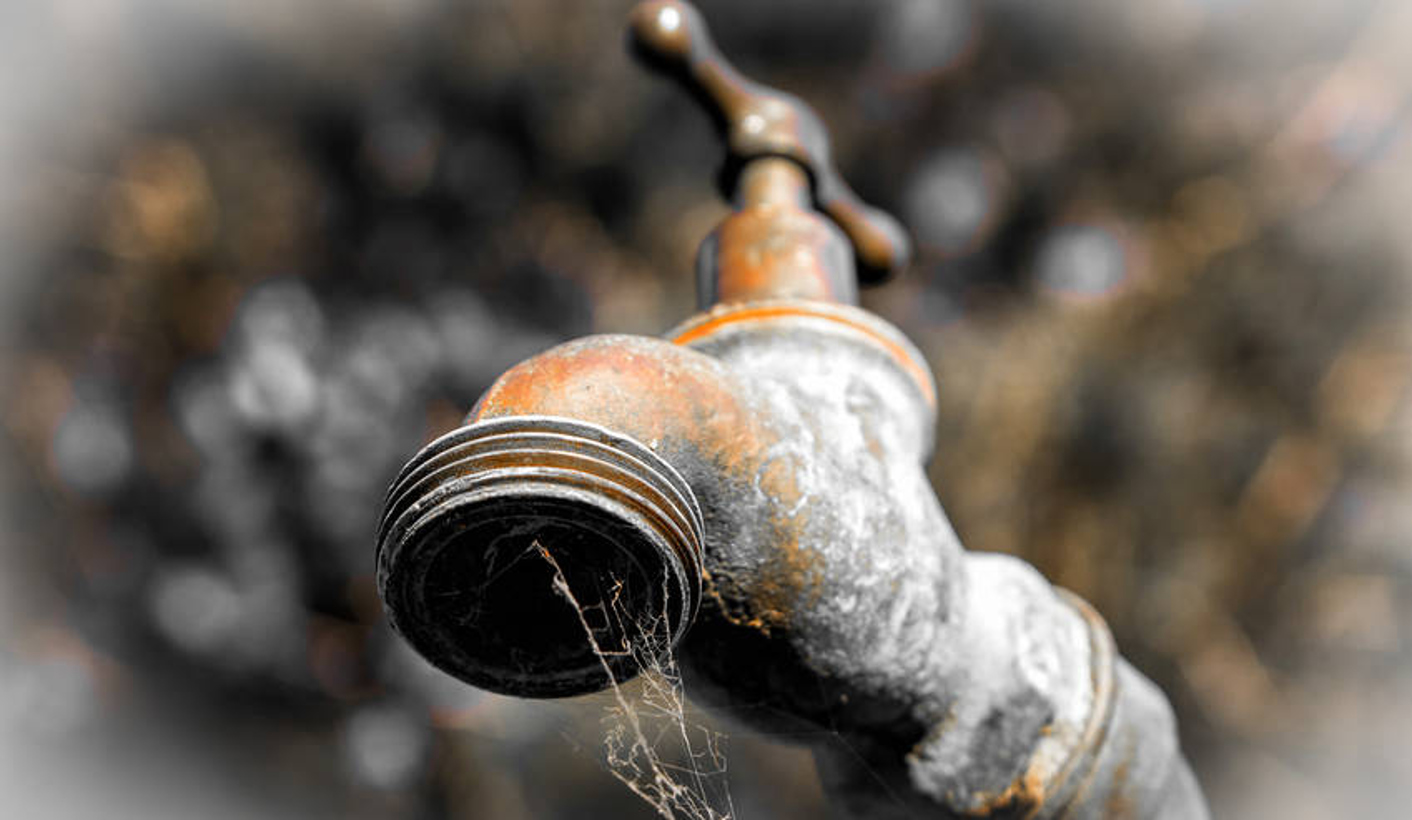 When water is scarce, the industry hardest hit is agriculture, where job losses are already projected to reach tens of thousands. As the Western Cape is discovering, however, there are other businesses that are heavily water-dependent – from the obvious (swimming pool installers) to the less obvious (abattoirs) – and taking serious strain in the water crisis. On the flip side, the amount of water dedicated for industrial use is also under scrutiny. By REBECCA DAVIS.

“Big business should be held to harsher water restrictions than individual consumers,” wrote academic Nick Malherbe in a column for Business Day in February.

It’s a view that’s probably shared by many as the Cape water crisis intensifies. To give one example, social media is full of rumblings as to how Cape Town’s water-heavy construction industry is seemingly continuing work unabated while individual consumers are asked to conserve every drop of water.

The lion’s share of water – 64.5% – is used by the residents of houses, flats and complexes. Retail and offices consume 12.8%, which Limberg says the City is still not happy about. The latest Level 5 water restrictions, Limberg says, were imposed “to focus strongly on the commercial sector which was the only sector which did not show a decline in water usage”.

The water restrictions have had specific implications for the construction industry. In September, the Master Builders and Allied Trades Association of the Western Cape reminded its members that potable water could not be used for washing down hard surfaces, dampening sand, cleaning building sites and plant equipment, or suppressing dust.

But the builders’ association warned its members that using effluent water as a substitute carries its own challenges – presenting environmental risks, the possibility of workplace infection, and the potential for sub-standard effects when mixed with concrete, mortar and paint.

Thus far there have been reports of at least one construction company – Calgro M3 – downscaling planned projects as a result of the water restrictions.

Yet Wesgro – the Western Cape government’s trade and investment arm – remains bullish about the outlook for business and investment during the water crisis.

“Although investors are cautious regarding the water crisis, they have confidence that the local and provincial government will be able to deliver a response that ensures limited impact on the day-to-day running of their operations,” Wesgro CEO Tim Harris told Daily Maverick.

“At this stage, Wesgro is not aware of any potential investors that have specifically changed their investment plans as a direct result of the water shortages.”

Harris acknowledged, however, that it was not yet possible to quantify the negative impact of the water shortages on investment in the Western Cape.

“If government was unable to guarantee water supply for business there would be a considerable negative impact on the business environment and investment climate,” he says.

One industry in which the impact of water shortages has already had a measurable effect, however, is agriculture.

Water restrictions for the Western Cape agricultural sector are hitting hard. Western Cape government spokesperson Bronwynne Jooste told Daily Maverick that farmers who “receive their water from the same resources as the City of Cape Town” are currently allowed to use only 50% of the amount of water they used in 2015/16.

When it comes to livestock, for instance, Opperman says: “There is zero grazing in the West Coast, Central Karoo and Eden districts and producers are totally dependent on drought assistance. No roughage is available in the Western Cape and feed has to be transported to the disaster areas from the northern parts of the country at huge costs. Some herds have been slaughtered totally and others have been reduced drastically.”

Job losses will be felt most severely in the fruit sector, Opperman said, as a result of reduced crops.

“We estimate that 50,000 seasonal labourers will not have a normal income, or any income at all, due to this.”

Opperman told Daily Maverick that the sentiment among farmers is that it is only the Western Cape Department of Agriculture which appears to comprehend the full extent of the crisis.

“The [national] Department of Water and Sanitation is mismanaging South Africa’s water totally,” he said. “Local government also seems not to understand the severity of the crisis.”

Two farmers who declined to be directly quoted by Daily Maverick said that there was considerable resentment among Western Cape farmers due to the notion that urban water needs were being prioritised over the agricultural sector. They suggested that the impact of insufficient water for farmers was not being taken into account seriously enough in terms of the consequences for jobs, food security and food prices.

Xanthea Limberg points out, however, that other than the urban sector, the agricultural sector is the largest water user in the Western Cape.

It is not just farmers who feel hard done by when it comes to the impact of water restrictions on livelihood. The tourism sector, which is also under siege to some degree, will be covered specifically in a forthcoming Daily Maverick article in this series.

Plant nurseries contacted by Daily Maverick said that horticultural sales have taken a nosedive, though a representative from the Starke Ayres Garden Centre said that there was a corresponding uptick in sales of items such as containers “because everyone is trying to work in limited areas close to potable water”.

Abattoirs, which use considerable amounts of water, are also feeling the pinch. “We have been hit hard,” the Blaauwberg Group’s Jason Cerff told Daily Maverick, adding that the company had needed to drill a borehole. (Borehole installation – the subject of a recent Daily Maverick piece – is of course one industry where business is booming.)

“The water crisis has made us redesign our soon-to-be-opened Sun Diner,” Ikhaya le Langa director Tony Elvin told Daily Maverick. “We have had a rethink in terms of drainage and we are no longer connecting to the sewer. We are sinking a water storage tank and will re-use grey water for our food garden.”

For Cape Town’s swimming pool suppliers, the situation is bleak. Two companies told us that business had dropped by just over 50% compared with last year.

“It’s a nightmare,” Sundance Pools’ Kurt Mealing said. “I have 120 people working for us. I understand pools are a luxury, but builders are using twice as much water as us.”

People seeking to fill up swimming pools in a drought are unlikely to win much public sympathy – as was evidenced recently by the outcry when a truck in Southfield was spotted delivering swimming pool water.

Tygerberg Pools’ Jan Mostert says that authorities do not consider the “ripple effect” of resulting job losses in industries around swimming pools, however.

Mostert blames local government for instructing the public that swimming pool maintenance is impossible at the current time.

“There are ways to manage your pool with backwashed water, to maintain your pool with occasional rainfall. But government does not support us. Three years ago the weather people said we’re going to have tough times, and government didn’t do anything about it.”

Mealing voices very similar thoughts. “If [government] would just sit down with us and talk to us,” he says. “Otherwise we’ve got to fight, like those guys fight for toilets by burning tyres on the roads.” DM