Analysis: ANC’s ‘tradition’ vs reality of the brave new world 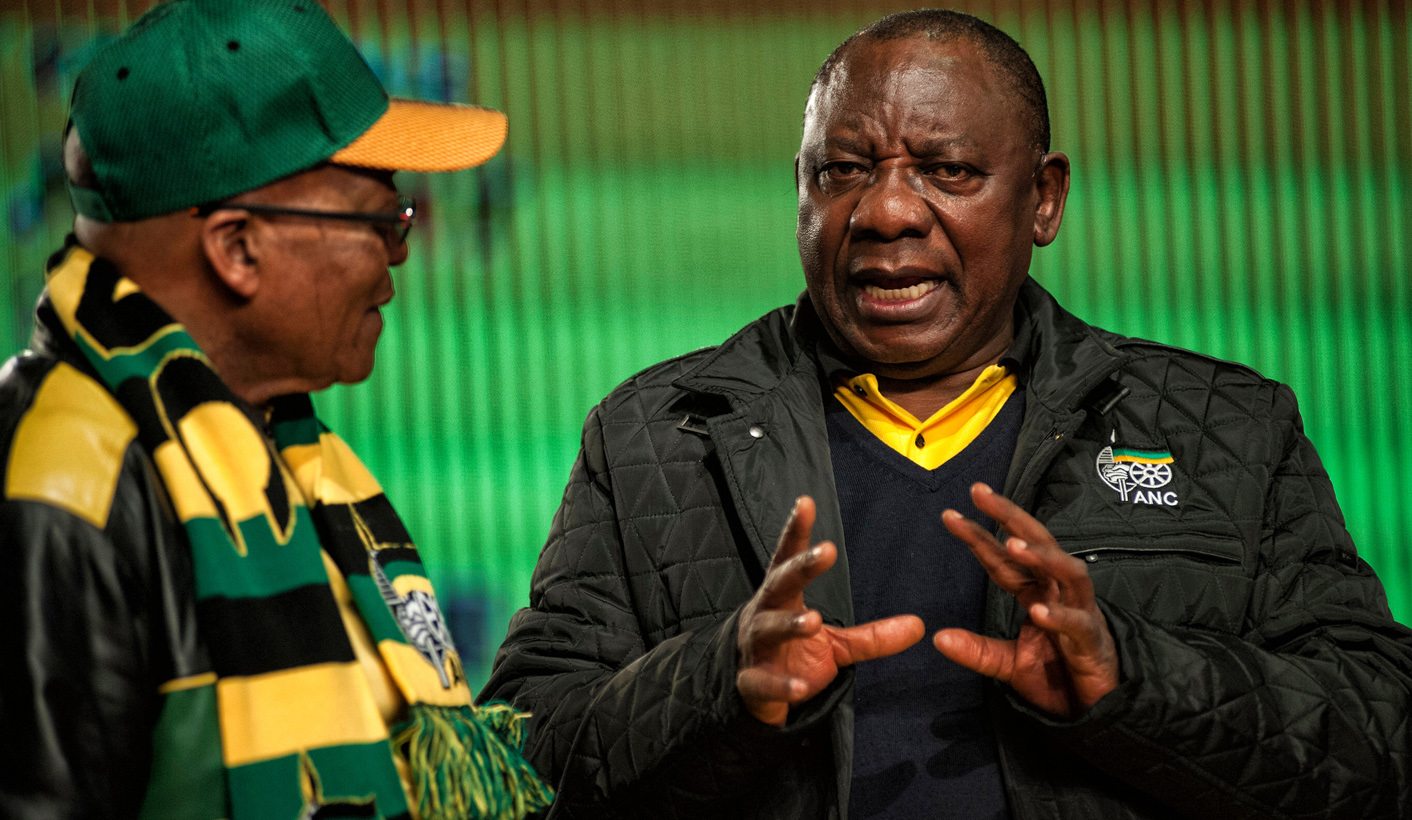 South Africa has been avidly watching one of the world’s strangest political campaigns ever to grip a democratic country. People have been criss-crossing the land, making strange claims and suggesting that the sky will fall in (or worse … remain as it is) should someone else get elected. And yet some of the arguments advanced are specious. One of the most heard is that Deputy President Cyril Ramaphosa must become the new leader of the ANC “because it is ANC tradition” that the deputy becomes the leader. In a campaign of weak arguments, this is surely one of the weakest. Yet, that it is made at all illustrates the strange world inhabited by the ANC’s candidates. By STEPHEN GROOTES.

If there is one thing that unites those who support Cyril Ramaphosa it is the claim that he should be leader of the ANC because it is ANC “tradition”. On Wednesday morning the leader of the ANC in the Northern Cape, Zamani Saul, was telling 702 that he believed Ramaphosa should win in December, simply because of this tradition. On Tuesday night, ANC Secretary-General Gwede Mantashe was again telling an audience that there would be a “crisis” if President Jacob Zuma refused to hand over to his deputy, Cyril Ramaphosa.

If Pres Zuma, with experience, refuses to handover to DP, we will be in a crisis. Let us find a woman to be DP, for succession to be managed

Coming from the personage of the secretary-general, this could easily be seen as some kind of threat, a suggestion that should Ramaphosa not win, then the ANC will split; that the “crisis”, if not responded to properly, will be the end of the ANC as we know it.

Those who argue for this “tradition” point to the history of the ANC. Saul suggested that over the last five decades, the deputy leader has always become leader. It is true that in that time all of the leaders were first deputy leaders. But not all of the deputy leaders became leader. Kgalema Motlanthe certainly did not in 2012. Walter Sisulu also did not take the baton, though it must be noted he was elderly and ill at the time. But those who look back through those years also miss the point of what really happened back then. OR Tambo was leader for nearly half of that 50-year period. Surely that removes a major plank of this argument?

And of course, all of this fails to take into account just how much the ANC has changed. It is probably trite to say again that the ANC is a political party in government in a free country, and has political control of the police and defence force. The traditions that are now trotted in as though they are the eternal truth were formed mostly out of practical concerns. It was nigh impossible to conduct any normal “campaign” when its enemy had control of the security forces; when the streets were patrolled by police, and the security police had their fingers everywhere; when the leaders were in exile, when any half reliable communication could take months; when secrecy was paramount and safety could not be guaranteed.

Being “traditionalist” these days fails to take into account what the ANC is now. Before liberation, the party did not have provincial structures as we know them today; the provinces themselves did not exist. The entire way power works in the party has changed. One of the biggest and least analysed dynamics of the ANC since 1994 has been how power has drained away from the centre to the provinces. Hence the focus on KwaZulu-Natal and court judgments these days, on gauging just how much power Mpumalanga’s David Mabuza has or how strong really is the challenge to the Free State’s Ace Magashule.

In 201o, Daily Maverick warned about the Rise of Provinces as criminal enterprises and future political threats (in those days).

To suggest that the obvious changing structure of the party does not mean a tradition should not be followed is surely to ignore reality. The ANC is not a party in hiding any more – it has run South Africa as it deems fit for more than 23 years now. It is politically wrong, and morally indefensible, to control the country through a process that is opposite to transparency and the public contestation of ideas.

The “traditionalists” also forget that there are “bad” traditions. Think about almost every single “tradition” in a formerly white school, or hostel on a university campus, remember all the initiation “rites” in tertiary institutions around the world. Stellenbosch University used to have a “tradition” where people could get into certain residences if relatives of theirs had been there in the past. Is that a tradition anyone would seriously support today? To say that something must continue just because it is “tradition” is to fall into the same weak arguments that underpin initiation ceremonies or patriarchy.

It is also an argument to say that the ANC must remain exactly as it is. Considering that many of the party’s leaders believe it may lose the elections in 2019, is that claim in the party’s best interests?

Having said all of this, it is crucially important to understand why Ramaphosa’s supporters are relying on such a weak argument in their public expressions of support for him. They do so because it is a simple and easy way of stating their support. It is also, for the ANC, strangely uncontroversial. It means one does not have to get into the alleged corruption of those who support Nkosazana Dlamini Zuma, or discuss State Capture, or something as messy and complicated as economic growth. In other words, it’s a way of campaigning without having to state anything.

It is extremely difficult, in such conditions, to have a debate that is based on ideas and not on personalities. Hence, similarly to Ramaphosa’s, Dlamini Zuma’s supporters push the argument that we need a female president. Again, built-in qualities rather than personal qualities like vision, ability to lead, etc. They are trying to get their opponents onto the wrong side of the argument, without having to actually state why they support her. They may not want to be explicit about the detail of radical economic transformation or how land could be expropriated with no compensation without having a two-thirds majority in Parliament. In other words, it’s also just convenient shorthand for expressing their support of Dlamini Zuma.

But there’s also another big problem with the “tradition” argument: it doesn’t correspond to reality:

In Polokwane there was real contestation for the ANC as a party. Remember how that ended? It was the president against the deputy president. Then, in 2012, Motlanthe vs Zuma, president against deputy president again. Motlanthe left state office two years later and has since become a strong critic of President Zuma. Zuma’s victories in both the Polokwane and Mangaung conferences resulted in chunks of the dissatisfied cadres departing, later creating Cope (2008) and the EFF (2013), with many others leaving politics altogether.

To this reporter, that certainly doesn’t sound like a god ole’ tradition. More like a never-ending fight centred on top leaders’ personalities, doomed to burn as long as there’s fuel.

It seems entirely possible that the ANC could split after this year’s conference. It lost support after Polokwane and Mangaung precisely because of its inability to manage contests between people and ideas in a peaceful and constructive way. Without a fresh, perhaps even a radical, new look at the ways it is organised and it conducts its affairs, South Africa’s ruling party appears doomed to repeat that experience. DM