CDE’s Opportunities First: The key to urban growth is creating cities of hope for the poor 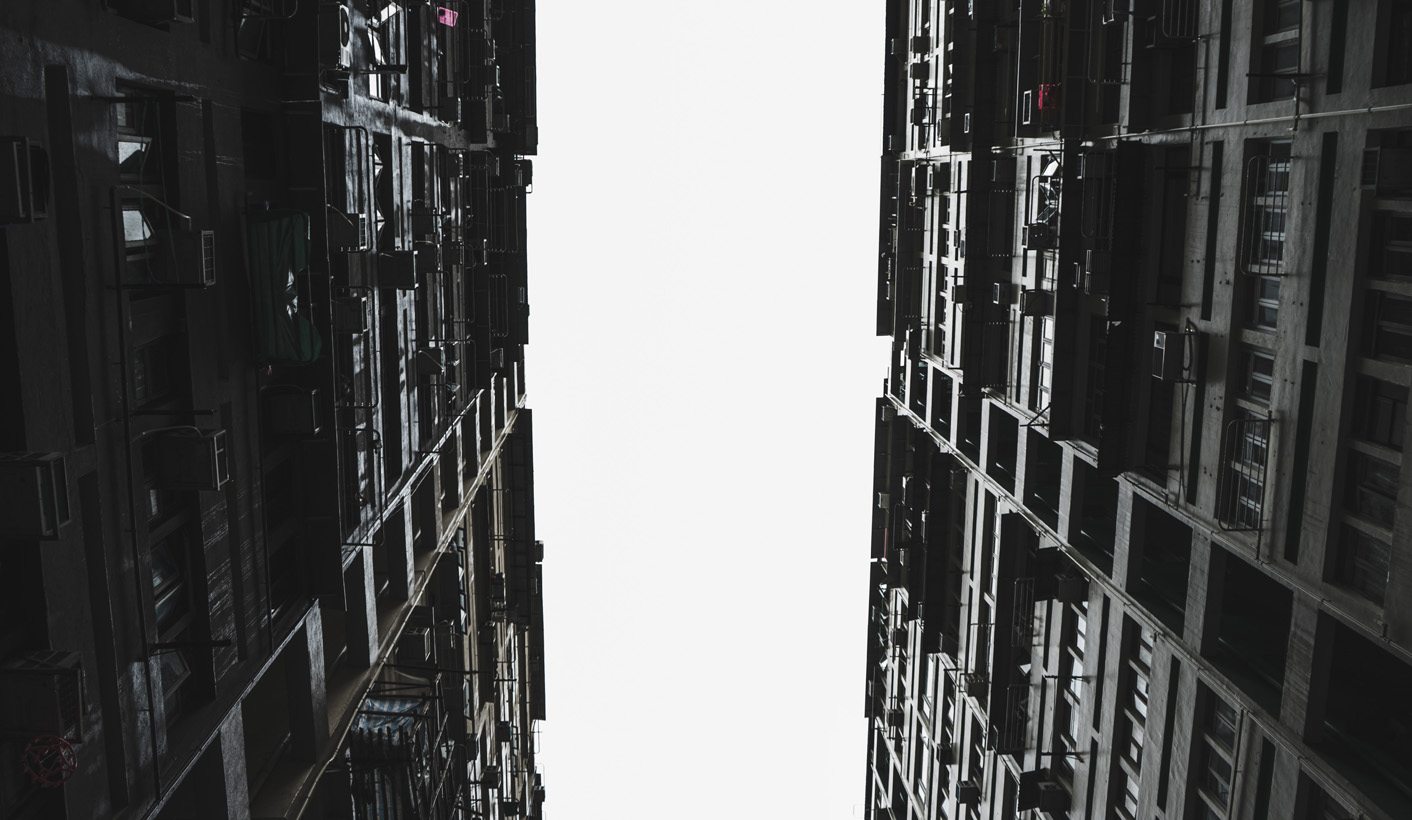 Developing countries must create cities of hope for the poor. However, many middle-income countries have seen wasteful congestion, the creation of slums, worsening air quality, floods, inadequate sanitation and joblessness. Overcoming these problems requires effective city management, and the integration of the urban agenda into national plans to promote job-rich growth, to provide safety and security, public goods and quality education. By ANN BERNSTEIN.

Read previous instalments in the Centre for Development and Enterprise series here:

Paul Romer, World Bank chief economist, argues that successful development is driven by marrying two critical phenomena: the market and the city. The city brings scale to economic activity, allows for an extensive division of labour, and enables goods, ideas and innovations to travel rapidly through networks of people. Competitive markets ensure that goods and inputs are used as efficiently as possible.

The link between prosperity and high levels of urbanisation is one of the strongest correlations in the social sciences, with the relationship rooted in the all but magical effect that dense agglomerations of firms, workers and consumers has on productivity. Historically, countries with higher levels of urbanisation have enjoyed greater prosperity. Most countries moving up the income ladder have done so in concert with the development of strong cities that generate incomes and jobs and, if well connected, these growth dynamics spread out to intermediate-sized cities and urban peripheries.

The vastly increased opportunities created by urban life enables a degree of personal freedom and empowerment that exceeds anything that went before. People are able to live more self-directed, autonomous lives. And, compared with the back-breaking work that dominates the countryside in developing countries, urban jobs generally require less physical strength and stamina, creating new possibilities for women’s liberation and empowerment.

There is, however, nothing inevitable about urbanisation and the achievement of greater prosperity. The existence and growth of poor megacities – urbanisation without industrialisation – has cast doubts on this relationship, especially for many cities in Africa. In part, this is because prevailing approaches to poverty whether in India, South Africa or many international organisations, often pay too little attention to urban development issues. There are far too many “reluctant urbanisers” – people who think that cities shouldn’t grow and that the poor should not urbanise – in developing country governments.

Increased urbanisation is inevitable across the developing world. National investment decisions need to take this process into account and national policy priorities need to catch up with the reality of increasingly urban-led societies and take advantage of the many benefits it brings. The political implications are also profound: here the debate concerns how much political power and accountability must be decentralised. Cities must be able to reap the benefits of growth as that will incentivise them to pursue it in the first place.

There is no alternative to urban-led economic growth. Rural areas are generally much deeper, more unbreakable poverty traps. Partly this is caused by the proliferation of low productivity, small-scale, usually family-based farming often coupled with landlessness in remote areas where few non-agricultural jobs are available. As many as 100-million rural households in India are landless, for example, and the average plot size of those who do have land is 1.2 hectares, which is half the size of plots in the 1970s. Across India, poverty rates are higher in rural rather than urban areas.

Danny Leipziger, of the Growth Dialogue, argues that: “Capturing the benefits of urban growth requires early action, effective coordination and political direction from the top. Many politicians ignore increasing urbanization since it requires long-term planning and multi-year expenditures, coordination between different levels of government, engagement with the private sector and significant improvements in governance.” In his view, countries that have managed urbanisation well such as Korea and Malaysia, have thought long term and have used strong political leadership to connect the growth of cities with national development plans. Seeing the rural poor become the urban poor is a bad development outcome; yet without an increased focus on the urban agenda and a change in policy direction this is quite likely.

Developing countries must create cities of hope for the poor. The potential benefits of cities are evident around the world. However, many middle-income countries have seen wasteful congestion, the creation of slums, worsening air quality, floods, inadequate sanitation and joblessness. Overcoming these problems and massively reducing urban poverty requires effective city management, and the integration of the urban agenda into national plans to promote job-rich growth, to provide safety and security, public goods and quality education.

There is a lot that middle-income countries could do to manage the process of city growth more effectively, and make opportunities more accessible for everyone, especially the poor.

Once poor people are in cities they both create and take advantage of the economic benefits that cities generate. City governments should do more to support residents’ economic initiatives and make it easier and less costly for the urban poor to access opportunities. The goal of effective planning should be to lower transport costs, shorten travel distances, reduce the cost of housing, and encourage as much market-based interaction as possible. In particular, limited spatial mobility fragments a city’s labour market, reducing the number of job opportunities that can be reached from where poorer people live.

A key principle for developing country cities is to plan for expansion. They need to accept urbanisation and plan ahead for an inevitable growth in population, most of whom will be young and poor. Cities need to ensure that land for settlement with access to basic infrastructure and services is available and affordable. In many middle-income cities poor people are priced out of formal sector housing markets because the supply of land is constrained by unnecessary rules and unsympathetic residents and administrations. As a result, they often establish themselves on land outside the city, far from economic opportunities and out of reach of public services: sewage, schools, clinics, decent roads. If these areas are unplanned, property rights are not established, tenure is insecure and the development of land and housing markets inhibited.

Dealing with this challenge does not necessarily require exhaustive prescriptions about land use and top-down urban planning schemes. By setting aside public space in advance, and formulating plans to supply services as demands for these arise, the grid that the government creates should merely establish a sensible platform on which private initiative can drive future city growth. As a result, new, more affordable settlements would reflect and adapt to the needs of individual users and, from this, produce the spatial and structural diversity that makes cities so dynamic and opportunity-rich.

In many places, it is too late for this and communities must grapple with the challenges of dealing with unplanned settlements. A supportive, incremental approach is best when seeking to manage the informal settlements that almost inevitably spring up in cities. Rather than rehousing informal settlers in formal government-provided housing that is usually located on cheap land on the outskirts of cities far from economic opportunities, tenure should be recognised in loco. Legitimisation paves the way for the city to gradually work with these communities to upgrade infrastructure, services, and housing stock.

A different challenge arises when housing standards are set too high relative to local levels of income. When this happens, formal sector housing will be out of reach for the urban poor. With limited alternatives, low-income people wishing to stay in the city end up living in precisely the sorts of informal or overcrowded settlements that housing standards are intended to prevent.

Cities should relax or remove standards that put market-rate housing out of reach to low-income people. Oxford university’s Paul Collier sees this dynamic playing out in Sub-Saharan Africa where governments either adopted or inherited housing standards from higher-income countries. As a result, he argues that in general “Africa has bifurcated urban housing. Elite homes are constructed by foreign construction companies using capital-intensive techniques and imported materials. The structures are individually designed, and adhere to OECD building standards, usually inherited from the British 1947 Town and Country Planning Act which was imposed indiscriminately in the colonies. They are financed by savings or by banks. Ordinary people live in informal housing. Their homes have usually been self-built without adherence to building standards which are unenforceable because they would impose excessive costs”.

Providing appropriate infrastructure, especially roads, water and sanitation are all necessary to enhance opportunity generation in the city. This is well known. Less readily appreciated, perhaps, is the role that effective, flexible urban planning plays in lowering the distances people have to travel and increasing the ease of interaction. In a well-planned city it is much easier and cheaper to build roads in the right places and to provide public transport where it is most needed, so that it complements private transport solutions such as mini-bus taxis.

Policy makers need to facilitate urbanisation. Compared to high-income countries, both low and middle-income countries today face much faster rates of urban population growth. The historical correlation between urbanization and economic prosperity suggests strong reasons for optimism. In coming decades, middle-income countries can leverage urbanization as an opportunity for economic growth and for the poor to improve their standards of living.  Governments should not limit the rate of urbanisation. Instead, the movement of poor people out of rural and into urban areas should be regarded as a positive dynamic and governments concerned to expand opportunities for the poor should remove barriers and artificial incentives that keep people in rural areas. DM

Ann Bernstein is executive director of the Centre for Development and Enterprise. This article, as part 4, is based on a new CDE report, OPPORTUNITIES FIRST: A new lens for tackling poverty and inequality in middle-income democracies, www.cde.org.za