CDE’s Opportunities First: How to achieve social justice through equality? 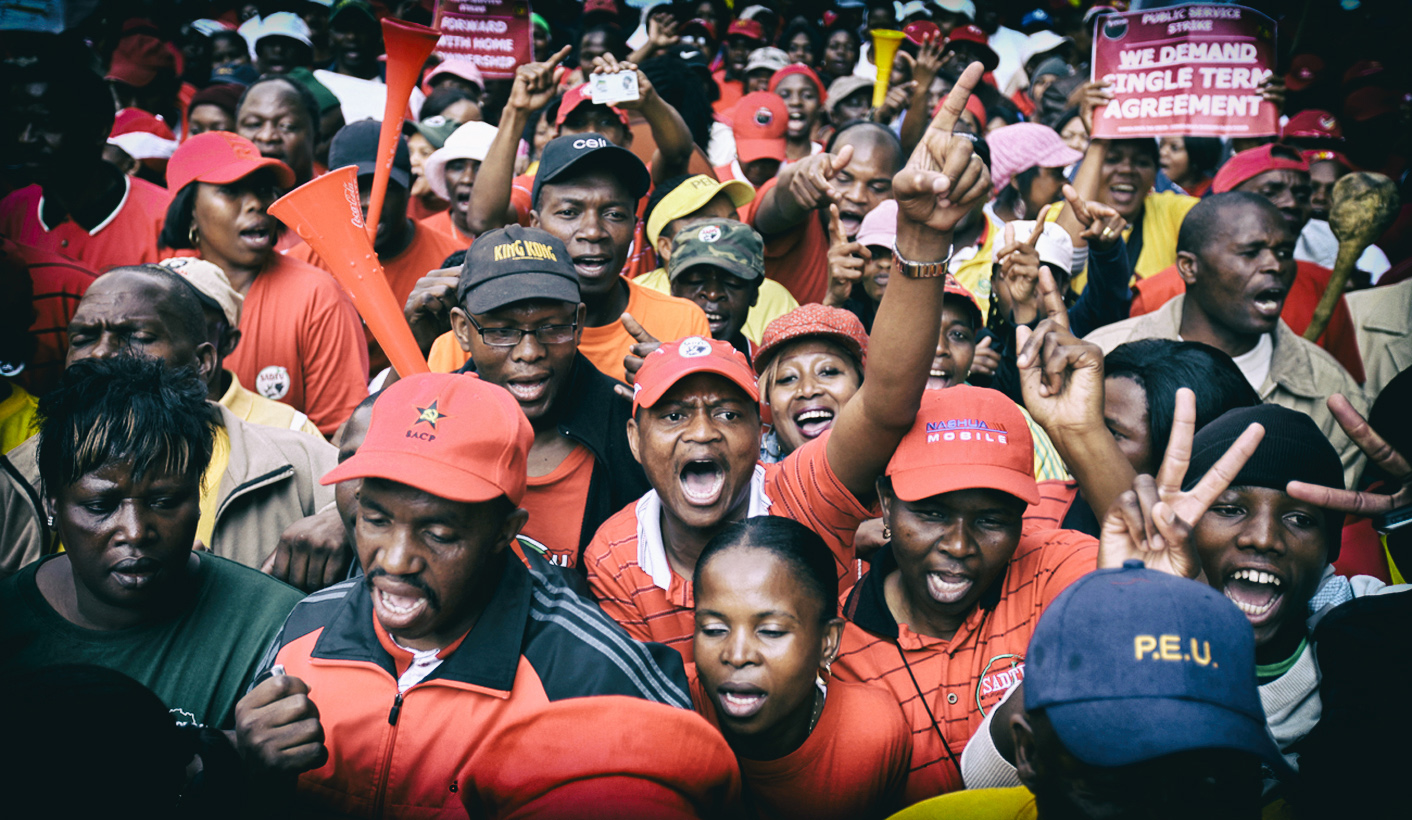 One of the most revolutionary ideas in the history of humanity is that all people are created equal. This notion of innate human equality has been interpreted in different ways with divergent implications for policy-makers. One set of ideas revolves around the gap between the vision of universal equality and the reality of vast inequalities. Attempts to achieve “equality of outcomes” have been catastrophic failures. In response, some have advocated the more modest goal of equality of opportunity. This, too, is unworkable if taken literally. While upholding the ideal of equality of opportunity, societies should emphasize a different goal: the fastest possible expansion of opportunities for the poor. By ANN BERNSTEIN.

Read the first part in the Centre for Development and Enterprise series here: Don’t compensate the poor for their exclusion – focus on inclusion

Historically, most societies have failed to offer all their members equal opportunities to live prosperous lives. It is only comparatively recently that this has even been deemed desirable. Before this, large groups of people (slaves, black people, members of lower castes, women, religious minorities) in most societies were thought to be undeserving of equal rights, dignity and opportunity.

The fact that it is now increasingly accepted that all people should have equal opportunities, and any deviation from this seen as morally and politically unjustifiable, reflects deep and hopefully irreversible changes in human society. It does not however mean that equality of opportunity has been attained. This is despite the commitment of many states to building societies in which only talent and effort determine socio-economic outcomes and where birth, nationality, race and sex play no meaningful role.

The vision of a society in which opportunities are equally distributed has often been preferred as an alternative to another vision: one in which everyone is equal and state redistributive policies ensure equal allocation of assets and opportunities. This approach envisages radical change premised on a far-reaching idea of equality in which what is prized is not just equal opportunities, but equality of outcomes. This approach takes for granted the proposition that any form of inequality, in income or wealth is illegitimate and undesirable. From this point of view, there may be many sources of inequality, but none is morally justifiable and all must be eliminated.

Popular as the vision of complete equality may be in some quarters, there is much to criticise about it. Many would argue that it is unjust for a society to reward everyone equally, irrespective of their differing abilities and skills, how hard they work, or how much risk they are prepared to take. Any society that rewarded everyone equally would confront a massive free-rider problem because it would be impossible to offer incentives for people to acquire skills, work hard, or take risks. As a result, such a society would be less prosperous and its economy less dynamic, leaving everyone worse off. Finally, achieving complete equality would require considerable violence to implement and this would need to occur at regular intervals to prevent any form of inequality re-appearing. Nonetheless, whatever its deficiencies, the call for greater equality of outcomes is often politically attractive.

The principal reason for scepticism about the attainability of equality of opportunity is that it is a never ending quest. There are near-infinite reasons why some people’s opportunities might be inhibited relative to others and addressing these inhibiting factors would take at least as much intervention by government as would ensuring equal outcomes.

Unequal access to quality education is a crucial driver of unequal opportunities. No society has ever achieved equal access to equally good education because there are so many factors at work undermining this goal, desirable as it is. Unequal access to housing, health care and electricity create unequal opportunities. Unequal inheritance of wealth affects the distribution of opportunities. Unequal intergenerational transmission of social and human capital to children (because some parents have had more or better education that others, or because they have better jobs, or spend more time reading to their children or because they are members of more extensive social networks, etc) is another important source of inequality of opportunity.

Equal outcomes and equal opportunities are both politically and morally powerful ways of conceiving social justice, but if both are equally impractical and unachievable, what is left?

CDE would argue that the practical goal to which middle-income societies should commit themselves, and to which policy-makers should apply their energies, is the maximum possible expansion of opportunities for the poor.  As professor Cowen argues, “it is not clear why equality of opportunity should be the priority, rather than raising opportunity by some absolute amount as much as possible”.

To meet the challenges they face and move beyond the limitations imposed by the politics of inequality, middle-income countries like South Africa should look at their challenges through a different policy lens. They need to focus on opportunities first. They must adopt a new policy orientation centred on the expansion of opportunities that poor people can access.

What does this mean for the way governments should think about their task?

Such an approach needs to prioritise outcomes rather than intentions or inputs. It is irrelevant whether governments or other actors intervened with good intentions and ambitious wish lists: what counts are results.  If the outcomes of such efforts only ameliorate poverty or generate opportunities only or mainly for those who are already better off, then it is fair to say that a society is not serious about steadily eliminating widespread poverty.

The orientation of policy makers must be incremental and pragmatic. Any intervention to get people onto a path out of poverty is positive, but there has to be a relentless focus on ensuring that the first step on that path is not the last, and that, instead, everyone has a chance to keep moving up the income ladder to eventually reach middle-class status.

Interventions need to focus on, and have the ability to go to scale. Experimentation is good, as are pilot projects, but interventions need to be assessed by a hard question. Can this approach work effectively and affordably for many millions in countries with limited resources and capacity? The goal needs to be mass movement out of multi-generational poverty and the progressive creation of an increasingly middle class society. Generally, this is achieved not through isolated projects – whatever their scale – but by reforms that permit and encourage millions of incremental changes across society and throughout the economy. Policy needs to facilitate this evolution, and small, ad hoc interventions and projects will seldom achieve much on their own. Well-functioning economies, the establishment of many thousands of firms and competitive markets are the only way to make this happen.

Too frequently, development agencies, governments, politicians and media who profess commitment to pro-poor policies are distrustful of the private sector. They see large companies and especially multi-nationals as operating against the interests of poor people, indeed against the national interest. This negatively affects the prospects of opening opportunities for millions of people to get out of poverty. The fact is that without growth there is no opportunity. Without markets, entrepreneurs and privately owned firms, little economic growth or employment will take place: the private sector accounts for 90% of the world’s employment, according to the World Bank.

Governments have a vital role to play by ensuring that the conditions are in place for strong enterprise led growth and by alleviating the constraints that hinder firms from creating jobs. Countries need competitive markets and businesses – large, small, domestic and international – need to be placed at the heart of the development and the anti-poverty narrative if there is to be any chance of further successes in the battle against poverty.

Increased economic freedom, the rule of law and other basic freedoms and rights are positively correlated with faster economic growth and can empower poor people in multiple and sometimes unexpected ways, so that they can find paths out of deprivation.

Societies like South Africa’s should aim to dramatically accelerate the expansion of opportunities for the poor and simultaneously increase the chances of poor people being able to take advantage of these opportunities successfully. This will require fast, labour-intensive economic growth, quality education and training, support for those moving closer to cities, and within cities, reliable, affordable transport to the hubs of economic dynamism. DM

Ann Bernstein is executive director of the Centre for Development and Enterprise. This article is based on a new CDE report, OPPORTUNITIES FIRST: A new lens for tackling poverty and inequality in middle-income democracies. http://www.cde.org.za/