Analysis: Coalition governments – nigh impossible, but may be SA’s only good option 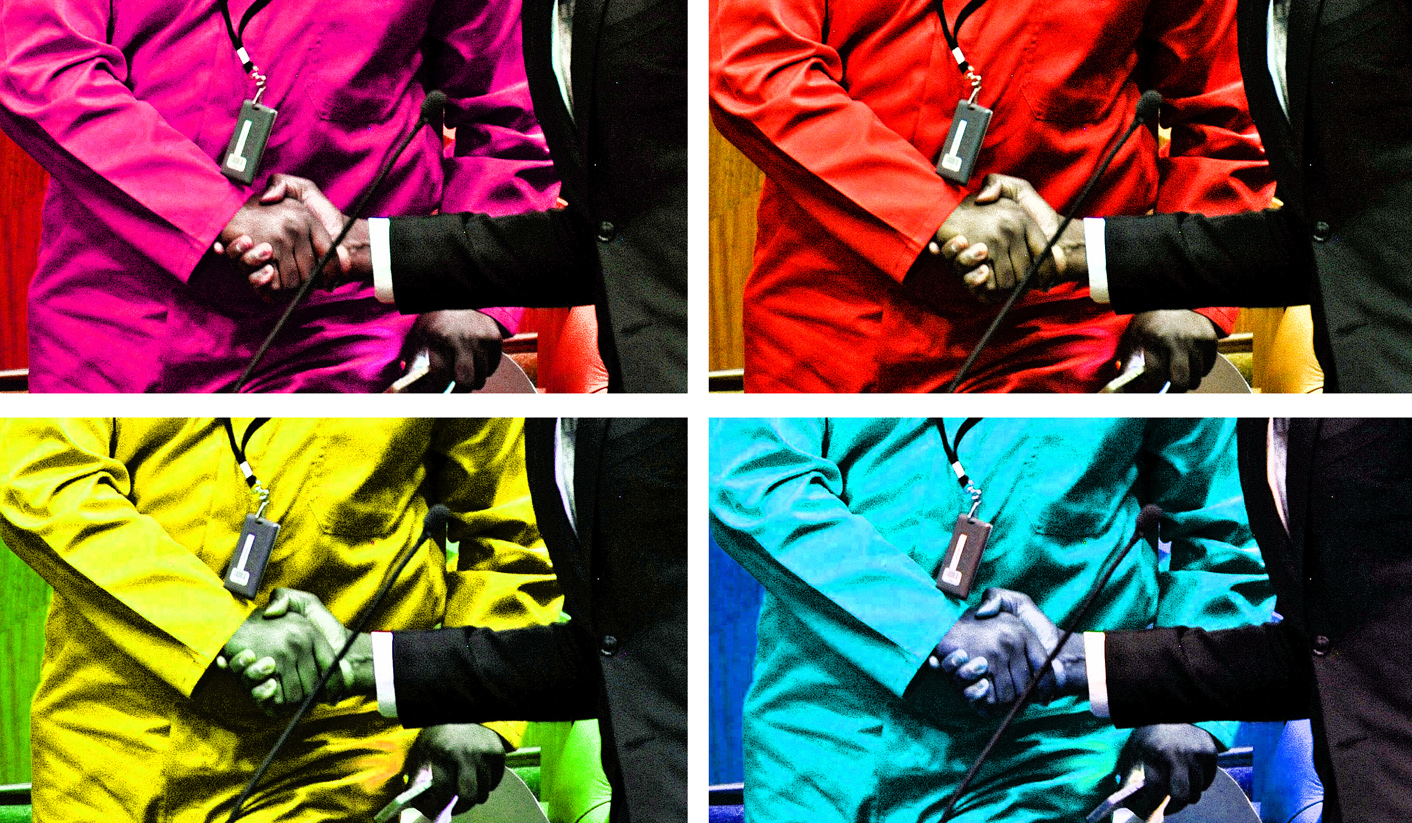 On Monday United Democratic Movement leader Bantu Holomisa is going to the High Court to try to stop the DA-led administration in Nelson Mandela Bay from removing the deputy mayor Mongameli Bobani. Last week DA mayor Athol Trollip was able to get a no-confidence motion through the council to remove Bobani from his position. On one level, this kind of incident typifies the problems of coalition governments, and illustrates their instability, and the problems they can create. But there are also lessons that can be learnt to avoid this sort of thing in the future. In a country where many people appear to believe we will be governed by a coalition after 2019, it’s worth considering now what that coalition could look like, and how it would need to operate to be successful. By STEPHEN GROOTES.

There can be no doubt that Bobani and Trollip do not get on. Tensions have been building between them for months. When Trollip appointed a City Manager for the municipality, someone he wanted in the most important job in the council, Bobani laid charges of fraud against the candidate. Bobani has been a strong critic of Trollip, despite the fact that they are a part of the same administration. Trollip has tried to remove Bobani through political means, he wrote to Holomisa asking if they would like to nominate someone else to the position, a clear sign of what he was planning. But Holomia has strongly supported Bobani, at one juncture pointing to Trollip’s race in a comment clearly designed to damage him as much as possible.

It seems clear that whatever reasons – perhaps to do with realpolitik around the UDM’s relationship with the DA and the intention of not being shoved around, or perhaps because Bobani is important to Holomisa within the UDM – The General is not backing down. Which means that the coalition government in Nelson Mandela Bay is in real danger of falling. (Although, it’s more complicated than that, the ANC would not immediately walk into office, the EFF has a presence, and could probably vote to keep the DA-led administration there if the UDM did walk out).

What is strange about this incident is that when this agreement was reached between the UDM and the DA after last year’s local elections, most predictions were that it would be the DA administrations in Joburg and Tshwane that would be the most unstable. In those cities there is no formal coalition agreement, and the EFF could, technically, replace them with the ANC whenever Julius Malema felt like it. The DA and the UDM are both part of the political establishment and more similar than the DA and the EFF. Holomisa is a political elder with all that that means, and Mmusi Maimane is someone who has grown his party’s support. They also both have a clear opponent in the ANC. In fact, this incident aside, you would be hard-pressed to find any public critique made of the DA by the UDM, or of the UDM by the DA. The same cannot be said for the DA and the EFF, who, as you would expect from political opposites, have campaigned directly against each other.

It should not be forgotten that the DA-led coalition in Nelson Mandela Bay is part of a much broader agreement, between a series of parties around the country. And it was obvious even at the formal launch of this coalition, that it was going to be difficult. Maimane’s performance at that announcement was an indication that even then he knew this was going to require careful management. That management process does exist, the DA has a rule that any change to a mayoral committee run by the party has to be approved by its Federal Council first. There is also a mechanism where disputes exactly like the one in Nelson Mandela Bay are able to be resolved by the leaders of the parties. In other words, this should have been brought all the way up the food chain to a direct discussion between Holomisa and Maimane.

That the issue not been resolved suggests there are serious problems.

It is easy to be critical of coalition governments, and suggest that they are not what we as a country need. They are obviously unwieldy, the need to get everyone involved to agree on a policy means that often the said policy is not made. When there are so many people to buy off and satisfy, leaders end up having to use more patronage through creating paid offices like “political advisors” and such like, ultimately costing citizens more. And there is the general problem that no real solutions that change anything dramatically can be agreed on, because someone will lose out, and if they are in a coalition, they will have an automatic veto.

But, it should also not be forgotten that it is thanks to a coalition that this country has actually got as far as it has. Nelson Mandela’s first government was a coalition. As part of the transition agreement the National Party was part the post-1994 government. FW de Klerk was a deputy President, the party had several people appointed Ministers. At one point, even the Democratic Party’s Tony Leon was offered a cabinet post, but, famously, he declined, saying he felt it was important to foster the idea of an opposition party (and, proving Mandela’s prediction, history is remembering him fondly for it).

What probably made that coalition work was the nature of the transition itself. But there was also a sense that there were no other options, people had to work together. It would be hard to argue that the crisis we are in now is on the same scale of the crisis of the early 1990s. While the economy is shrinking, there does not appear to be the same risk of violence that there was then. This means that one of the main drivers that could force a successful coalition is not there.

There will be those that point to successful coalitions in other parts of the world. Much of Europe is run by coalitions on an almost continuous basis. But the political parties there are much closer together than they are here. Because of our history, the lives that we live are much more diverse, which means that the constituencies that political parties represent are diverse too. DA and the EFF want radically different things, most of the time.

This gets us much closer to what South Africa’s real political problem is – in a country with so much poverty, and such riches, it is always going to be hard to find a middle ground that will actually result in our problems being solved. It could be argued that actually we have been led by a coalition government for the last twenty three years, as the ANC itself was a coalition of different forces that combined to fight apartheid. Now, because of divisions around, yes, personalities and corruption, but also the urban/rural divide and economics, that coalition can sometimes look as if it is on the verge of falling apart.

All of that said, there are also some advantages to a coalition. If you support a party that is in government, and you lose on a particular issue, you at least know that your view was represented, you were a part of the process. In other words, a broad coalition government can have real legitimacy in a way that other governments sometimes may not. Also, there is what you could call the corruption dividend. It is much harder to be corrupt in a coalition government, with someone in government with you who has all to gain from exposing your corruption, than it is in normal circumstances. In a country where arguably the biggest crisis we face is corruption, that could be the most successful way of resolving it.

It can sometimes be forgotten how difficult politics is. Coalition politics is even more difficult. Ask Helen Zille about the first vote to make her mayor in Cape Town. But it is not impossible. And in a country where so much rests on good governance and buy-in from every South African, it could again, at some point, be the only good option. DM