BS Chronicles: When facts fall by the wayside on the freeway of political spin 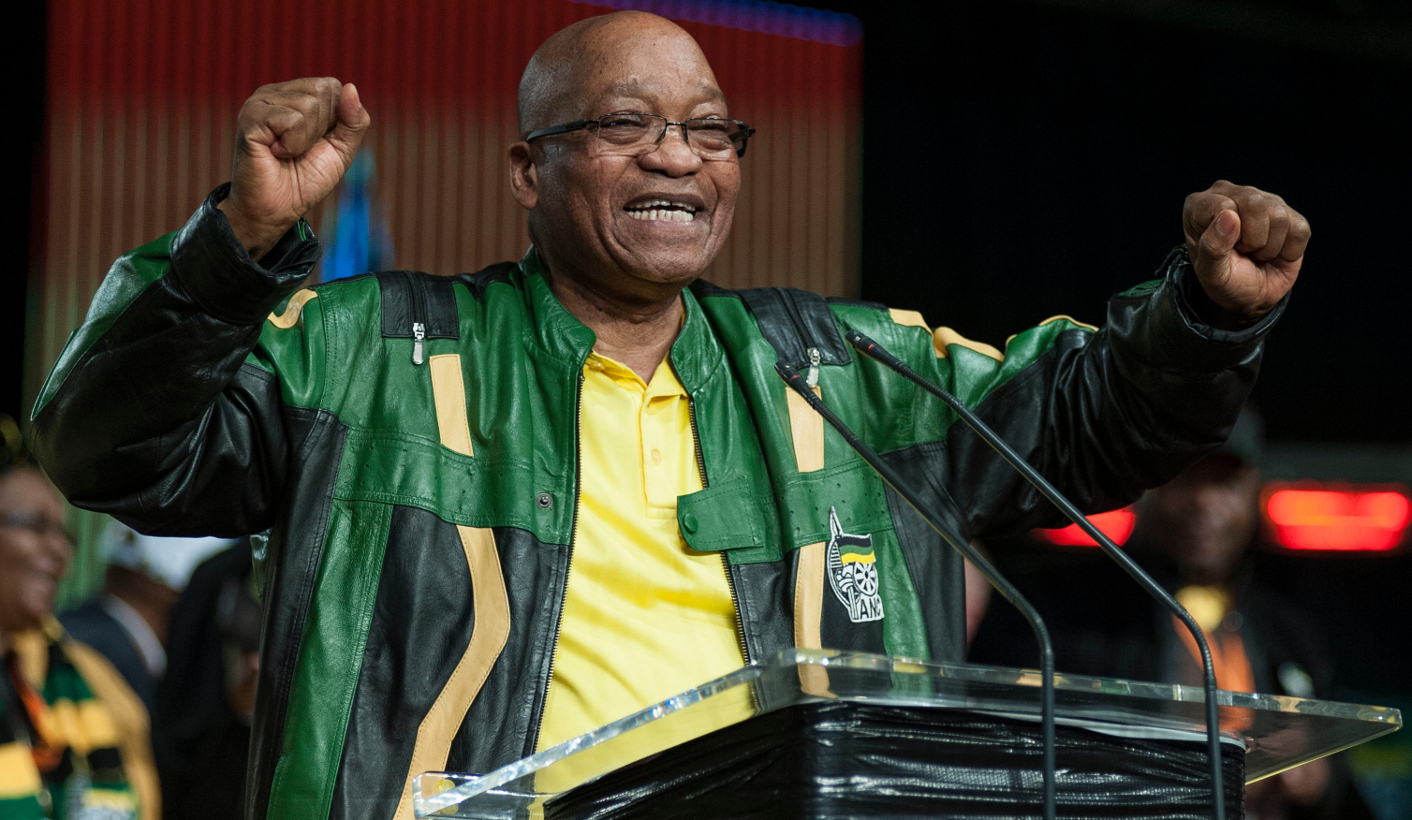 In the unrelenting twists, turns and potholes in the high-speed politics of South Africa, hyped further by factional fissures in the governing ANC months before its December national elective conference, fact frequently falls by the wayside. There’s talk about action over State Capture, women abuse and  government plans for economic growth. It’s time to cut through the BS. By MARIANNE MERTEN.

No matter how often a minister or ANC leader says there will be an urgent judicial commission of inquiry into State Capture – brought to you courtesy of the 2016 Public Protector report and #GuptaLeaks – don’t expect it to happen  anytime soon.

President Jacob Zuma, the very same politician everyone says has agreed to such an inquiry chaired by a judge, has taken the “State of Capture” report by former Public Protector Thuli Madonsela to court on review because she ruled the commission chairperson should be appointed by the Chief Justice, not the president.

The hearing is set down for late October. Depending on the court decision, there may well be appeals from one side or the other. It can be dragged out, quite easily beyond the ANC December national elective conference whose outcome may, or not, determine what happens with any possible State Capture inquiry.

While these court proceedings unfold, there cannot be a State Capture judicial inquiry. If Zuma were to establish a commission of inquiry now that would be tantamount to substituting the Public Protector’s binding remedial action with another process. Just ask Parliament how that turned out for it in the Nkandla saga, when it adopted an ad hoc committee decision to absolve Zuma of any repayment for non-security upgrades as ordered by the Public Protector. The National Assembly acted “inconsistent with the Constitution” by substituting the binding Public Protector remedial action, that only can be challenged by a court review, the Constitutional Court ruled in March 2016.

Action will be taken against State Capture wrongdoers… Not so fast.

Amid proclamations South Africa is a country of the rule of law where wrongdoers face the long arm of the law, most recently by Deputy President Cyril Ramaphosa during Wednesday’s question slot in the House, law enforcement agencies have yet to take any serious steps to tackle the flood of claims contained in the #GuptaLeaks emails. Depending on who one speaks to, the National Prosecuting Authority (NPA) is looking into the claims, or is looking into who leaked the emails and their veracity.

With regards to the State Capture claims involving the Gupta family, their companies and business associates, there are several official reports regarding dealings in state-owned entities (SOEs) already in the public domain. Parliament’s public spending watchdog Scopa earlier this year was briefed on Eskom’s coal deals with Gupta-linked businesses, and while the actual reports were not released, findings like Eskom violating its own procurement rules to allocate contracts to its chosen company have been made public.

Some appear more equal than others

In the midst of the outcry over the extension cord beating measured out to a young South African model, and the hype that police posted a red alert at all border posts – like Zimbabwe’s First Lady really would hop across Beitbridge border post, when there is the Waterkloof airforce base – political machinations unfolded in the background. Amid reports of political pressure not only from Zimbabwe, but also other countries, a diplomatic immunity instrument had to be found. It was, and five days after the assault reported to the SAPS, on August 19 International Relations Minister Maite Nkoana-Mashabane signed a minister’s minute in terms of 2001 the Diplomatic Immunities and Privileges Act to “recognise the immunities and privileges of the First Lady of the Republic of Zimbabwe, Dr Grace Mugabe, in terms of international law…” It sounds all so official and proper, but…

Laws and regulations cannot apply retrospectively. So if diplomatic immunity is granted on August 19, then that’s the date from which it applies, not five days earlier.

This Act predominately provides for immunity to persons other than heads of state, sometimes those attending special events like an international conference. The Zimbabwean First Lady was in South Africa for treatment of a foot she had unexpectedly hurt, and had arrived days before the SADC conference, which did not list her as participant – and thus a potential beneficiary of diplomatic immunity under Section 7(1) of the legislation. But the nub is in Section 7(2) of the Act which allows ministerial discretion:

Bottom line: government decided it was in its interest to confer such immunity to Zimbabwe’s First Lady.

The Constitution in Section 12(1) states: “Everyone has the right to freedom and security of the person, which includes the right – (c) to be free from all forms of violence from either public or private sources”. And in Section 7(2): “The state must respect, protect, promote and fulfil the rights in the Bill of Rights”, including that “Everyone is equal before that law and has the right to equal protection and benefit of the law”, according to Section 9(1).

But that some enjoy easier access to beneficial legal niceties than others is not necessarily new. And it’s not only the state that gets its way by ticking the boxes, political parties also do: women abuse has become the latest political sparring ground.

The DA has vocally demanded the resignation of Deputy Higher Education Minister Mduduzi Manana for what he himself publicly called the “unfortunate incident”, i.e. beating up women. Ultimately Manana resigned, taking a R900,000 pay-cut from the just over R1.9-million deputy ministerial income to remain on as ANC parliamentary backbencher.

While the voluntariness of Manana’s resignation from the executive depends on what faction of the ANC is listened to, the DA hasn’t booted out its sex pest. Its MP Archibald Figlan remains in office after a party disciplinary process found him guilty of sexually harassing a DA woman – and was ordered to pay R12,000 to the National Institute for Crime Prevention and Rehabilitation of Offenders (Nicro), payable in R1,000 monthly instalments. Apparently Figlan showed remorse in the party disciplinary proceedings.

The only thing that now remains to be seen is if the ANC, which has thrown the disciplinary rulebook at those for a vote of conscience rather than toeing the party line to defeat the no confidence motion in Zuma, will also discipline Manana. Section 25.17.7 of the ANC constitution includes a disciplinary charge for “engaging in sexual or physical abuse of women or children or abuse of office to obtain sexual or any other undue advantage from members or others”.

It’s all in the action plan

No less tricky are matters economic. South Africa is in technical recession and has been downgraded as economic growth for 2017 is expected to fall short of the predicted 1.3%.

Against this comes Gigaba’s 14-Point Action Plan, which maintains government’s policy course amid mounting proof that what’s been pursued – from the 9-Point Plan, National Development Plan to the Industrial Policy Action Plan – isn’t actually turning anything around.

But it’s a nice tabulation of sub-plot plans and deadlines for legislation and decisions on tightening up on SOE governance compliance and financial propriety. Gigaba has seven days to meet the plan’s August 2017 deadline for the “recapitalisation of SAA and the South African Post Office”. On Wednesday it emerged Cabinet had that day discussed the option of selling off government’s Telkom shares to raise R10-billion for the indebted national airline that doesn’t have the working capital to pay its suppliers. There’s been no news on the Post Office, or the request for financial assistance from the SABC, which is looking at incurring a R1.1-billion debt.

Poverty is increasing, as this weeks’ Statistics South Africa poverty trends report shows. Three million more South Africans than in 2011 were poor in 2015, or 30.4-million with poverty defined as survival on R992 per person per month. A quarter of South Africa’s 55-million population survives, if that’s what it can be called, on R441 a month.

Unemployment increased in June 2016 to 36.4% on the broad definition including those who could work but are too despondent to look for work, or 27.7% on the narrow definition. The Statistics South Africa poverty trend report also indicates an increase on the number of long-term employed.

In these days of overheated spin of bullshit on the political freeway, accidents are inevitable. The question is: Who cleans up the mess? DM