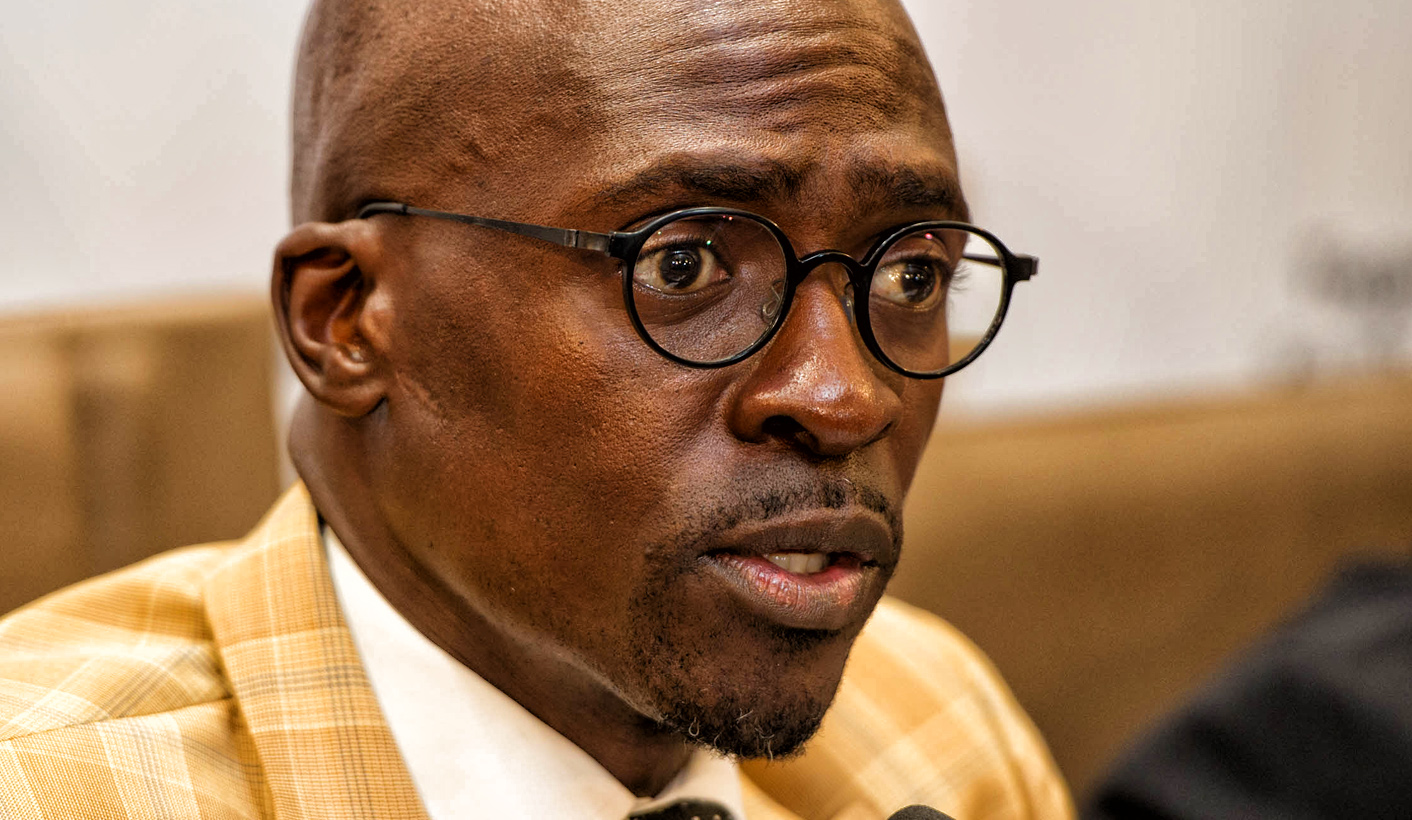 Government plans to sell its shares in profitable Telkom to raise R10-billion to bail out debt-ridden SAA emerged in Parliament on Wednesday, just hours after public spending watchdog committee Scopa was told by the national airline that it was broke. DA MP Alf Lees told the House he had “in my possession a document, marked secret, saying Finance Minister Malusi Gigaba is planning to give SAA a R10-billion bailout, primarily by selling government’s shares in Telkom.” It’s the latest twist in the SAA saga of financial and governance turmoil. By MARIANNE MERTEN.

Deputy President Cyril Ramaphosa, who earlier in his Q&A in the House deftly sidestepped questions on State Capture and other prickly matters, clearly was flummoxed by the quietly spoken DA MP’s question as to whether he approved of a bailout deal for SAA.

“If he has a document marked secret and you are not a member of the executive, you could be charged and go to prison,” was Ramaphosa’s initial response, possibly unaware of parliamentary privilege, but it was quickly back to deflection mode. “The issue that the Honourable Member is talking about is a matter we continue to discuss, issues of state-owned enterprises (SOEs) and assets that are owned by the government…” said Ramaphosa. “Issues like that are always discussed by Cabinet. The Honourable Member should wait. If that proposition comes, Parliament will deal with it. It’s a matter that may come, that may not come.”

By law, sales of government assets for a bailout must be approved by Parliament in a Special Appropriations Bill. This happened in the second half of 2015 when government sold its stake in Vodacom to raise R23-billion for Eskom.

At the end of June this year, the National Treasury paid R2.2-billion from the national coffers so SAA could meet its debt servicing obligations. These became due after the national airline failed to renegotiate settlement of loans. Another R6.8-billion debt repayment is due at the end of September. If that is not paid, or successfully renegotiated, all debt could be called in, there and then. So far, SAA has raised money against government guarantees totalling R19.1-billion.

And so the pressure is on. The weak economic environment, which has seen growth expectations cut from the already modest 1.3% prediction earlier this year, means that cost-cutting across government departments to realise the bailout billions is unrealistic. The dire state of finances at SAA is on public record. On Wednesday SAA board member for audit and risk, Akhter Moosa, told Scopa MPs SAA had “negative equity” of R12.2-billion as of March 2017. “So it (SAA) has no funds to operate. So it has to go for some support from the shareholder (government).”

Documentation, headlined “Cabinet Memorandum N 17 of 2017”, seen by Daily Maverick and indicating an advance stage of planning within the finance ministry, was prepared for discussion at Wednesday’s Cabinet meeting that unfolded as Parliament’s Standing Committee on Public Accounts (Scopa) was briefed by SAA board chairperson Dudu Myeni and top managers, hours before the deputy presidential question slot in the House in the afternoon.

The documentation was drafted to “inform Cabinet of the need to urgently recapitalise SAA as a result of its dire financial position”. While it requests Cabinet to direct Economic Development Minister Ebrahim Patel, Telecommunication and Postal Services Minister Siyabonga Cwele and National Treasury to explore options to dispose of assets to capitalise the national airline, it also describes as “the most viable option” the disposal of government’s 39.76% shareholding in Telkom, currently valued at around R14.4-billion.

“However, Cabinet must note that the fiscus would not receive the approximately R800-million in annual Telkom dividends,” the document goes on to say, proposing that various options to recapitalise SAA and other financially distressed entities should be considered.

“It’s unfortunate in the manner this (SAA issue) was raised”, adding it dated back to February’s Budget where SAA financing was raised and that Patel, Cwele and Public Enterprises Minister Lynne Brown were asked to investigate options. “There’s no selling of shares that has happened,” he said, confirming that the document raised in the House was a Cabinet memo.

“The SAA bailout is a real bailout to cover the R2.2-billion already paid, the R6.8-billion due in September and to provide working cash,” he said. “It’s like using a credit card for food and petrol and eventually it gets maxed out. The bank says pay up and you go into your savings.”

There was deep concern that the loans against government guarantees were now being called in, not just by the financial institutions, but also suppliers such as fuel companies, which a forensic report already indicates are limiting service to SAA.

“SAA is unable to roll over (debt repayment obligations) because there is now significant concern over the ability to pay, not only by SAA, but government,” Lees said.

However, no such concerns appeared to worry SAA before Scopa on Wednesday morning. The airline’s Chief Financial Officer, Phumeza Nhantsi, had told MPs there were liquidity challenges – “The shareholder (government) we have requested working capital. We are hoping to get funding” – said ongoing debt renegotiations were anticipated to be successful, as one of the lenders’ conditions, the appointment of a permanent CEO, was met.

But as it turned out, the prospective CEO was still on holiday, and Myeni later admitted it was “an assumption” that he’d start on September 1. “I don’t have an agreement letter.” She later added: “We are hoping he’ll start on the first of September.”

Gigaba two months ago announced Vuyani Jarana as the new permanent CEO of the national airline. He would be at least the seventh CEO (permanent or acting) since 2010.

Government’s commitment to SAA remains unshaken. “National Treasury will never allow the airline to go under… We also said we do not want to privatise SAA,” Deputy Finance Minister Sfiso Buthelezi told Scopa, adding that the shareholder (government) must recapitalise the national airline:

“There are many things that must happen. There’s commitment from National Treasury.” DM

Photo: Minister of Defence and Military Veterans, Nosiviwe Mapisa-Nqakula supported by Minister of Home Affairs Malusi Gigaba and Minister of State Secuty, David Mahlobo chairing the Justice, Crime Prevention and Security (JCPS) cluster about the implementation of the cluster programme of action for the year, following the 2017 State of the Nation Address at a briefing held at Tshedimosetso House in Pretoria. 05/03/2017. (Ntswe Mokoena / GCIS)