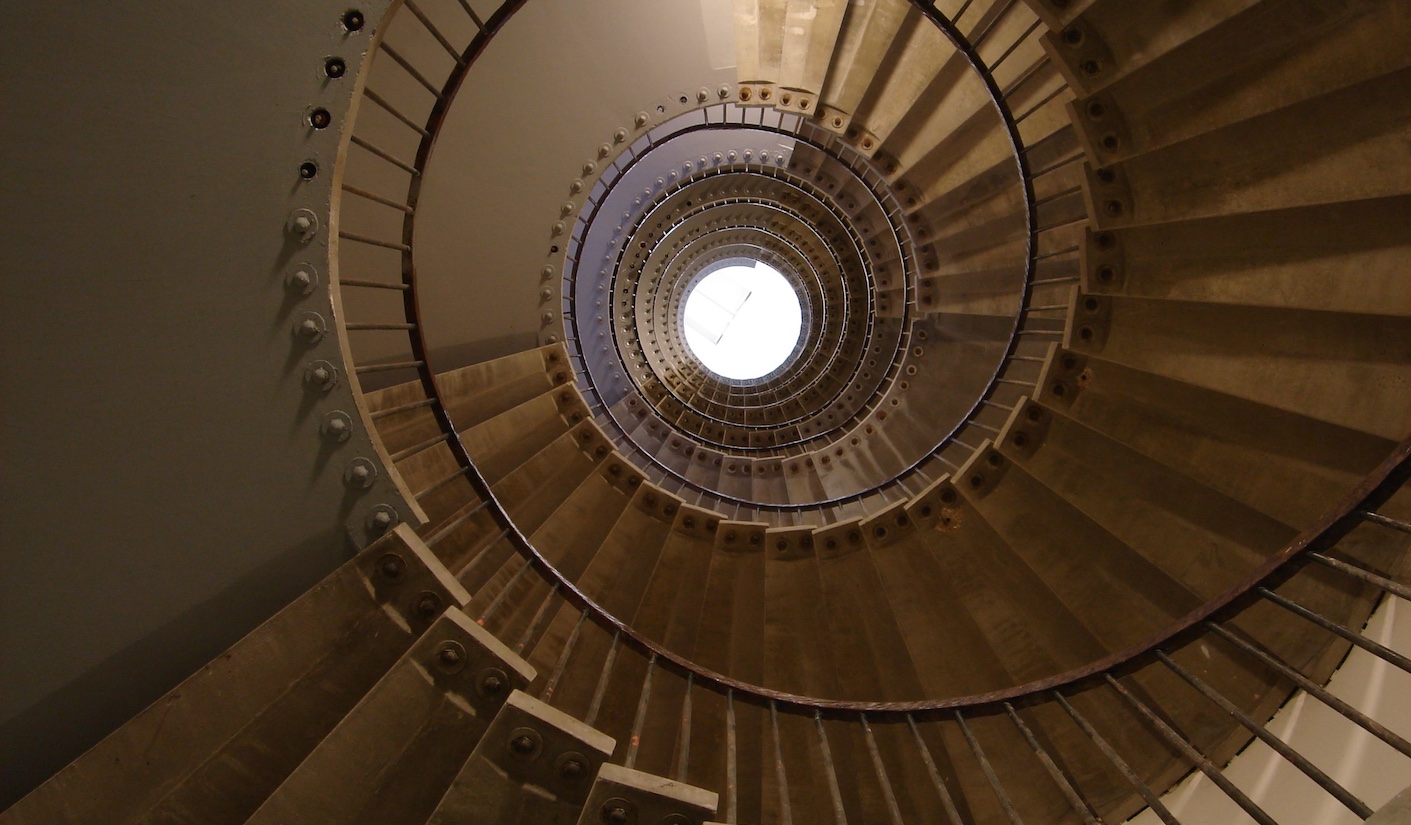 It has been widely reported that at school level, children with disabilities face serious barriers to accessing education. But at tertiary level the picture isn’t much better, with 80% of potential students with disabilities not attending a tertiary institution. It may be time to get a lot more creative in promoting inclusivity. By MARELISE VAN DER MERWE.

If tertiary education is to become more accessible to students with disabilities, it’s time to go back to the drawing board, say activists and innovators. It’s a familiar story – the policy is in place, but the execution has a long way to go.

The first problem: barriers to entry. The second problem: upon entry, individual needs are misunderstood.

“Inclusive education is a right for people with disabilities, particularly in South Africa, because of the Convention on the Rights of Persons with Disabilities,” says Silomo Khumalo, disability activist, former legal researcher at Section27, and current clerk at the Constitutional Court. “Regardless of the disability, those notions that there are people who cannot learn must go away. Every person is entitled to learning, so that they can have a sense of worth and meaningful participation in society.”

Khumalo, one of Mail & Guardian’s top 200 Young South Africans, has been blind since the age of nine. He was on the team of Section27 activists who visited 22 of South Africa’s schools for visually impaired learners, which resulted in a damning report on the country’s facilities for children with disabilities.

South Africa signed and ratified the Convention on the Rights of Persons with Disabilities in 2007. It is one of few countries to have done so. But 10 years later, inclusive tertiary education remains out of reach for many.

According to Stats SA, 80% of disabled people aged 20-24 are not attending tertiary education. Put another way, around 7,5% of South Africans have a disability. Yet the number of disabled students at tertiary institutions is far from representative: just 1%.

Many face multiple barriers. Stats SA has revealed clear divides across population groups, with attendance being highest among white respondents and lowest among black respondents. Almost four times as many white respondents achieved higher levels of education than other groups. Female students, too, are disadvantaged.

Daily Maverick previously reported that half-a-million children with disabilities were shut out of the education system. Exclusion, however, extends beyond childhood, with disproportionately few people with disabilities graduating, and low absorption into the labour market.

Among people with “severe difficulties”, just 5.3% attained higher education and nearly 24% had no education at all.

There are no higher education special education facilities in South Africa, and academic content is seldom prepared with accessibility for disabled students in mind.

“There is no legislation that specifically looks at disability issues in South African higher education, and data on disabled students is thin,” reasons scholar Oliver Mutanga, whose research on inclusivity at tertiary institutions found that despite attempts at transformation at some universities, disabled students often still felt excluded and disadvantaged – and, moreover, that the concept of “inclusion” was often simply misunderstood.

A further problem, adds Mutanga, is that students with disabilities “are lumped together as a homogeneous group”.

Khumalo cites a frequent gap between theory and practice, noting “very wonderful” policies on supporting students with disabilities that may disintegrate on the ground due to lack of resources or a poor understanding of what is really needed.

For Khumalo, the biggest challenge at university was access to learning materials. He recalls long waiting periods for adapted learning materials, which meant lagging behind on projects or essays, as well as challenges in getting around the physical environment. “These challenges impact your academic record,” says Khumalo.

In Khumalo’s case, he had access to a Disability Unit, but limited resources meant that in practice, this was not as effective as intended. “Universities are institutions of higher learning, so they do understand the issues of inclusive learning,” Khumalo observes. “The question is how effective, resourced and well-supported [they are] in supporting students.” Many universities have such units and support systems, he says, which may assist with, for example, scanning materials or editing. Although Disability Units themselves may be trying their best, says Khumalo, budgetary constraints or a shortage of staff may mean that the assistants are flooded with requests at one time, meaning they simply cannot get to everybody’s requests fast enough. “You may only receive your materials that you needed at the start of the year in April or May,” explains Khumalo, “so you may just be going to lectures and listening, without any material.”

“I would like to see a smoother transition for learners from school to tertiary level,” Khumalo told Daily Maverick. “The biggest problem is that often the student was at special school. You have your teachers, just a few in the class, receive individual attention, and then you get to university and there are hundreds of you and nobody cares about you. If you don’t have the necessary survival skills it is very hard. You are in a residence, you have never cooked, ironed, made your bed by yourself, and you must do these things on top of the struggles with your academic work, all without the necessary support. You feel useless, like you want to quit.” Depression, drug abuse and dropping out are all risks, he added.

Lynette Barkhuysen, Programme Manager at Senecio – which supports people with disabilities – says it’s necessary to reduce stigma, and to build on supportive technologies, whether in teaching materials or building design. “For example, a blind student would focus on other senses and would therefore require other teaching methods and different technologies,” says Barkhuysen.

In this area, students may soon see movement: learning management system developers Blackboard have brought Ally to South Africa, which makes its appearance at the Eiffel Corp Innovation Summit this week. Ally is an electronic tool for making digital course content accessible for students with disabilities, making blended learning easier and cutting out the need for manual scanning and conversion, says Eiffel Corp’s Commercial Director, Stefan Du Plessis. The aim, he told Daily Maverick, is to make learning materials instantly accessible for students, who can use it to convert digital materials into accessible formats.

“Legally, students with various forms of physical or mental challenges have certain protection under the Constitution, but many institutions are unaware if they meet these legal requirements,” he says.

“Globally there is a lack of awareness on what and how instructors are expected to make their course material accessible. There’s also a perceived lack of guidance on how they can improve the accessibility of their course content. While most institutions will do things like organise accessibility training, dedicate sections of the website to how to create more accessible course content, those things tend to be very disconnected from the instructor’s existing workflows and the systems they use to create and share their content,” he added.

Dr Anlia Pretorius, Head of the Disability Rights Unit at Wits and Chairperson of the Higher and Further Education Services Association (HEDSA), says there are also amendments to legislation under way. She argues that South Africa has made significant strides already, although there is still work to be done. “The post-school education system in South Africa has come a long way in eliminating barriers that kept people apart, and it is with great appreciation that we can say that in most instances, students with disabilities are no longer excluded from the mainstream post-school life and are given the opportunity to showcase their academic potential,” she said earlier this year. “This does, however, not mean that we have arrived in Nirvana. There are still many mountains to climb and obstacles to clear.” Particularly, the TVET sector needed work, she added.

Wits was one of the first universities in the country to establish a Disability Rights unit and the number of students with disabilities at the university is increasing every year, Pretorius told Daily Maverick.

Pretorius agrees that understanding students’ needs better is paramount. To achieve this at Wits, the university conducts surveys to see where services could be improved.

There are also policy improvements under way, she stresses. “On national level we have the SA Constitution, the UN Convention, and closer to home the White Paper for Post School Education and Training (2013) where Chapter 6 deals with disability,” she explains. “The White Paper mentioned the need to develop a Strategic Policy Framework. There was a Ministerial Task Team who worked on this, and as I understood it, [this] is in its final stages of being rolled out by the DHET.” Pretorius was the chairperson of the Ministerial Committee, which handed over its report in 2016 for the DHET to develop fully into a policy framework. “This will go a long way to set standard and norms and ensure that students with disabilities are fully supported and integrated into the post-school sector,” she added.

It’s important to realise that change will not happen overnight, adds Khumalo, and that this is no reason to give up on fighting for it. “It is a societal issue, and we must ask whether policies are actually being implemented. But we cannot expect society to change overnight,” he says. “People with disabilities have been excluded for years. It is only recent, the notion of inclusivity. We cannot expect communities to change immediately, even though we recognise that of course there has to be change.” DM