Silent exclusion: Half-a-million children with disabilities are shut out of the education system 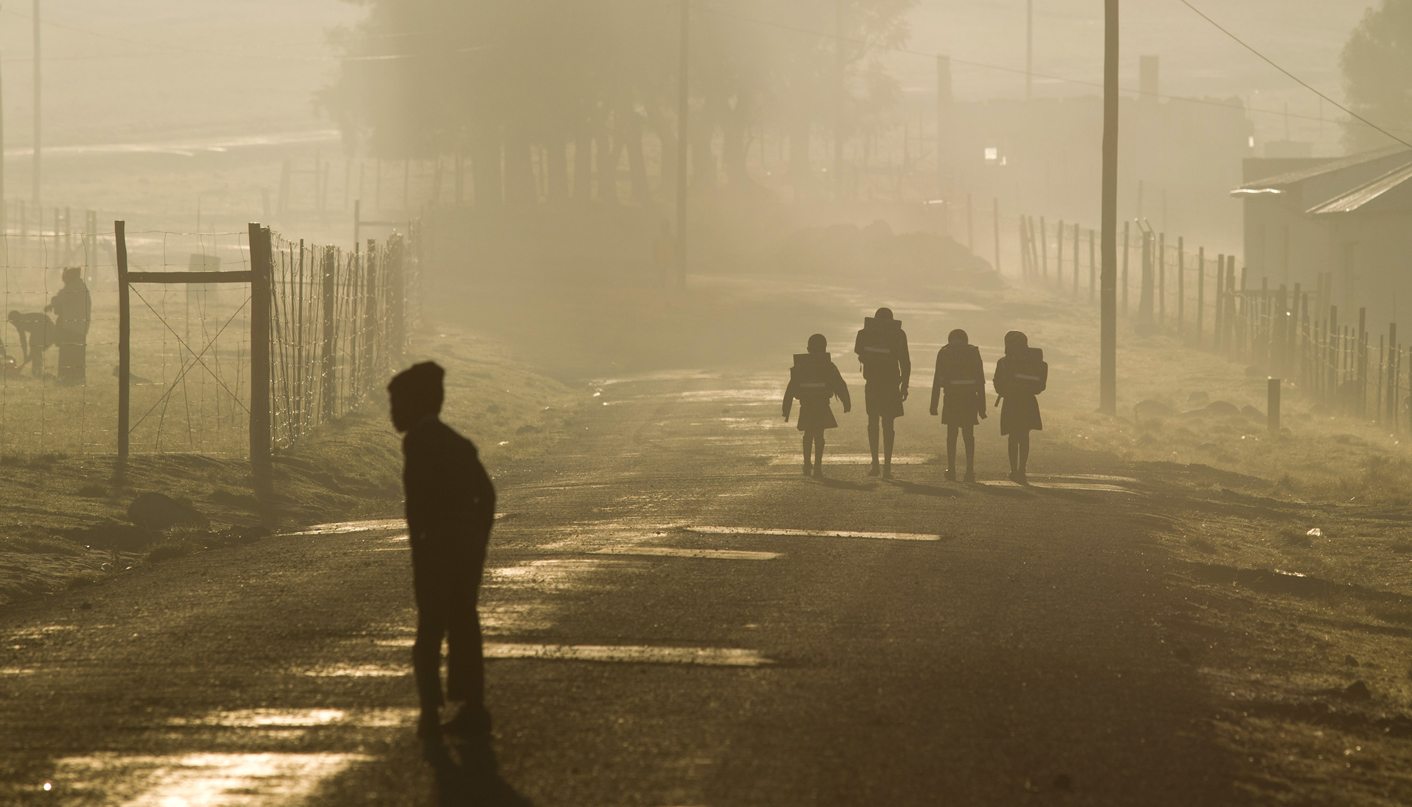 Some half-a-million children living with disabilities have been shut out of South Africa’s education system, Human Rights Watch says in a report released today. Although the government claims it has achieved success in the United Nations Millennium Development Goal of providing all children with access to primary schools by 2015, the reality is a far cry from that. By MARELISE VAN DER MERWE.

A 94-page Human Rights Watch (HRW) report, Complicit in Exclusion: South Africa’s Failure to Guarantee Inclusive Education for Children with Disabilities, has found South Africa is failing to guarantee the right to education for a vast number of the country’s children and youth. Launched at a joint event with the Human Rights Commission on Tuesday August 18, the report uncovered widespread discrimination.

Research in five provinces – the Western Cape, Northern Cape, Gauteng, KwaZulu-Natal and Limpopo – showed children with disabilities face significant discriminatory barriers, physically and in terms of attitude, often from early on in their lives, when government officials classify them according to their disabilities.

There are massive, systemic gaps, Elin Martinez – one of the researchers at HRW and author of the report – told Daily Maverick. Although a United Nations Children’s Fund report does indicate that South Africa has a particularly high rate of childhood disability, Martinez does not believe this is the core problem. “What is more significant is that around half-a-million children with disabilities could be out of school,” she says. “That is disproportionately high. Having that in a country is very problematic and frankly shocking. In that respect, South Africa does very badly in comparison to other countries.”

According to Martinez, there are around 900,000 children in South Africa, aged five to 18, living with disabilities. Up to 600,000 of these children are not in school. South Africa has a large child population in general – around 36% – and the education system is taking strain overall. However, says Martinez, children living with disabilities are particularly at risk of receiving little or no education.

“The South African government needs to admit that it is not providing quality education to all of its children – in fact, no schooling at all to many who have disabilities,” she says. “The job is not done until all children count just the same in the education system.”

HRW’s discoveries are sobering, given what South Africa has committed to on paper. In 2007, South Africa was one of the first countries to ratify the United Nations Disability Rights Treaty, which requires the government to promote an inclusive education system. This system was intended to ensure that all children learn together and acquire the same skills on an equal basis, that barriers to learning be removed, and that children with disabilities receive adequate support to prevent them from falling behind.

Sadly, the very opposite has come to pass. “Nationally, it’s not a good picture,” Martinez tells Daily Maverick. “Often, when children with disabilities are ready to enter school just like any other child, they are turned down because they have a disability. During our research, parents shared with us stories where principals would say they could not cater for a certain child’s behaviours; they needed a special school. Often it comes down to schools not knowing their obligations in this regard.

“Then, if children with disabilities do manage to enter schools, they often end up dropping out because teachers do not have the necessary skills to manage them. In the case of special schools, a lot of parents in the rural areas of Limpopo, KwaZulu-Natal and the Northern Cape will first see a doctor and are then referred to a special school – but without any consideration for access, or the fact that special schools are often limited to certain kinds of disabilities and some children, even if they do have disabilities, are better suited to mainstream schooling.”

Many children with Down’s syndrome, for instance, are perfectly capable of passing through mainstream schooling in an inclusive classroom, says Martinez. “Many of them are being passed into the wrong classroom without real consideration of their learning needs.”

An additional problem, says Martinez, is that “special schools” are so broadly classified that children with myriad different needs may end up in the same classroom – but there is a vast difference, for example, between a child requiring wheelchair access and a child on the autism spectrum.

A further barrier, she adds, is that special schools are often expensive, and because they may be further away than the local mainstream school, transport costs can add up. In some cases, if there is no access to a special school, parents have to hire a full-time assistant to help their child cope at a mainstream school if there are not enough staff to look out for the child. “Many of the children we spoke to qualified for no-fee schools, but no special schools are on the no-fee list,” says Martinez. “This is blatantly discriminatory. For that reason also, a lot of children with disabilities don’t go to school.” This causes compound problems, where parents are unable to work, because they have to stay home to look after the child – which in turn means the parent cannot earn an income, is dependent on grants, and loses their financial independence. The child, meanwhile, does not get an education and loses their chance to one day gaining financial independence.

A key issue, points out Martinez, is that if the mainstream education system were in better shape, children with disabilities would benefit too. Put bluntly, if a significant proportion of schools are still fighting to get toilets, what are the chances of safe wheelchair access? If overcrowding remains a significant problem, what are the chances that children with learning disabilities will get the individual support they need?

Not that this is only a problem in mainstream schools. “We were fairly shocked at the standard of education in special schools,” says Martinez. “Many students finished special schools not having learnt much. A 21-year-old man in a township outside Kimberley could barely write his name down. He had been through his entire special school career and finished without any qualification. The quality of education is not good enough to say that learners with disabilities are getting access, when they are not getting a sufficient education to live in their community.”

And pushing more children from mainstream schools into special schools will only worsen the problem, she believes. “Government policy is very detailed – about waiting policy, and how many teachers should be in a particular classroom,” says Martinez. “If this were properly applied in mainstream schools, it would mean that children of various disabilities would be in the same classroom and learn according to their needs, with the right support, and they would do so adequately. In this case, it would not be necessary to overcrowd special schools.”

An important part of the solution, she says, is enrolling more children – living with disabilities or not – in Early Childhood Development (ECD) centres. This, whatever their abilities, will maximise their development and minimise their chances of dropping out of school later. “There are enormous benefits,” she says. “A lot of children should be entering ECD centres.”

HRW believes the South African government has not put into place fundamental aspects of its 2001 policy for ending the exclusion of children with disabilities from the country’s schools, and providing education for all in inclusive schools. Basic Education Minister Angie Motshekga’s claim that the Millennium Development Goal of access has been realised is far from attained, it adds.

According to HRW’s report, the school referrals system needlessly forces numerous children to wait for up to four years at care centres or at home for placement in a special school, when they are learning-enabled and capable of attending mainstream schools.

A lack of understanding and inadequate teacher training often means school staff do not know how to work with children with disabilities in classrooms, HRW found. Additionally, children often suffer physical violence and/or neglect in schools.

One mother, Maria*, told researchers she had applied at nine different special primary schools and been unable to find a placement for her son, Lesi, who is in a wheelchair. She had initially applied at Orange Farm’s mainstream school, near their home. “If the right standards and policies were in place, he should have been able to attend a mainstream school,” Martinez points out.

Another mother, Quinisela*, whose eight-year-old son has Down’s syndrome, told HRW she had been turned down by a mainstream school, but been unable to find a placement in a special school either. “We tried to put him in a (mainstream) school but they said they couldn’t put him in that school because he has disabilities … because of Down’s syndrome he isn’t like other children so they (said they) can’t teach him. At the therapy they promised to phone if there’s a space in a special school. I’ve been waiting since last year,” said Qinisela.

The first step, says HRW, is for the government to collect accurate data on the extent of the problem – and then to take steps to implement its inclusion policies urgently. “With various government agencies disagreeing on the scope of the problem, the government should start by collecting accurate figures on how many children with disabilities remain out of school,” it said in a statement.