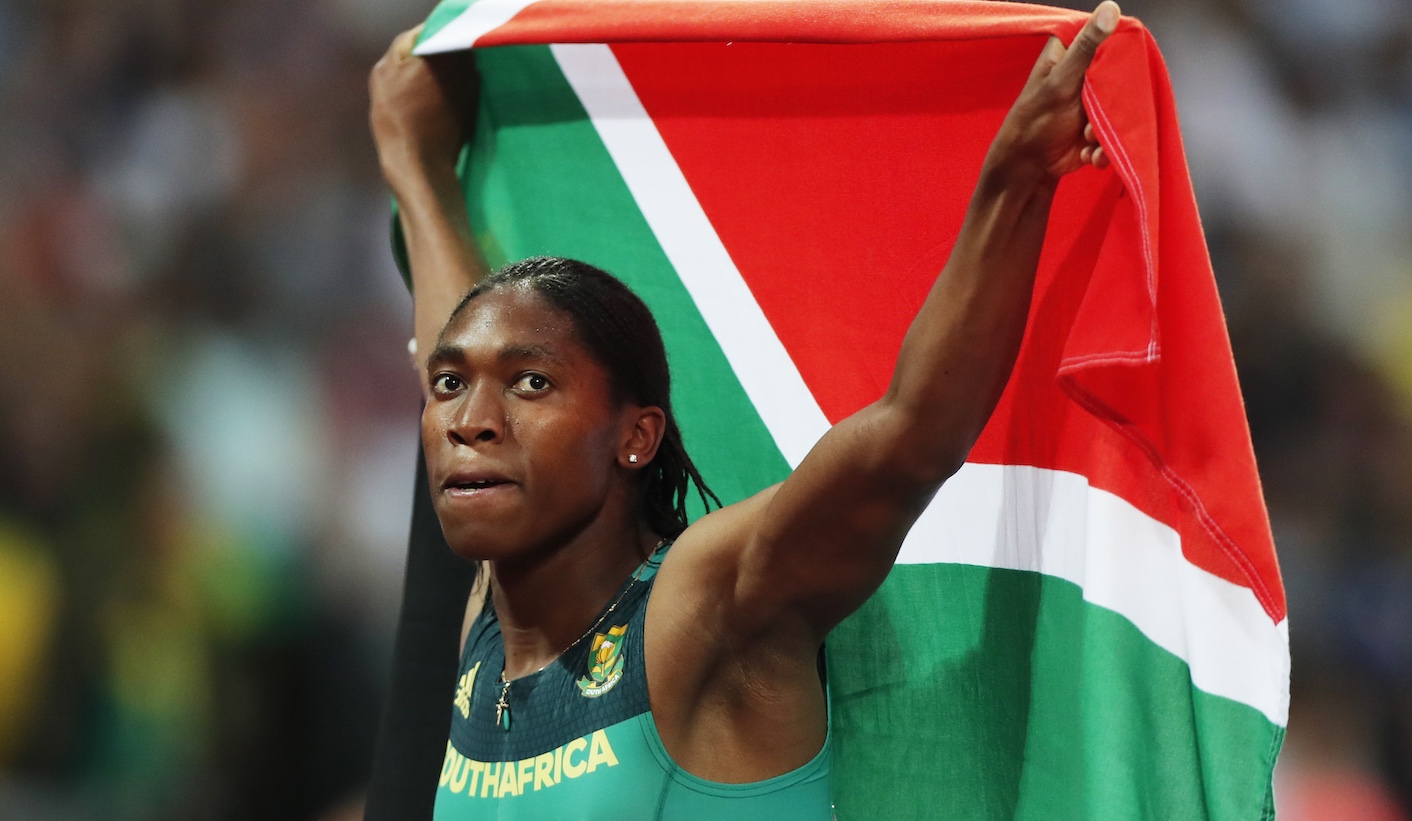 South Africa’s medal haul at the IAAF World Championship was their best ever. But the six medals tell just half the success story. There’s so much more talent lying in wait, if only the sporting administrators would do their bit. By ANTOINETTE MULLER.

The World Championships reaffirmed what South Africa’s athletes have been telling everyone: The sport is in rude health.

Six medals (the country’s best ever haul at the World Championships) came from just four athletes. Many will doubtless try to claim the glory for this impressive feat, but make no mistake: these results came in spite of South Africa’s sporting administrators, not because of them.

The medals also only tell half of the South African success story. In the field events, almost every athlete – barring two disqualifications – made it into the semi-final of their events. The women’s track teams were particularly impressive. While gold and bronze medal winner, Caster Semenya, was the only athlete to make it to the final and win a medal; all the other female runners made it to the semi-finals of their events.

Wenda Nel, (400m hurdles)‚ Justine Palframan (200m)‚ Carina Horn (100m) and Gena Lofstrand (800m) all advanced with two of them – Lofstrand and Palframan – having not made Athletics South Africa (ASA’s) qualifying criteria. Both received invitations from the IAAF in order to fill lanes in London.

On the track, the men put in a decent effort, too. Barring two disqualifications (Thando Roto and Clarence Munyai) and Pieter Conradie (400m runner), all the men advanced out of their heats, too. The field events were tougher with only the two long jump medallists, Luvo Manyonga and Ruswahl Samaai, advancing to their respective finals.

There might not be any prizes for making it to the semis or coming in fourth, but these achievements will leave many wondering what could have been if ASA had allowed all their athletes who met IAAF qualifying standards to compete and travel to the championships.

Of the 14 athletes omitted, and based on their season performances, six had the chance of progressing. Considering that ASA does not spend any money on getting the athletes to compete, surely this was an opportunity missed?

Because being part of an event like the World Championships – especially in a place like London – is about far more than just winning medals. It’s about the experience and testing yourself against the best in the world. It’s about getting a taste of what those big crowds are like and responding to that euphoria. It’s about access to opportunities.

And yet, a report in the Sunday Times over the weekend suggested that administrators might consider making their qualifying criteria even tougher. A fine example of cutting your nose to spite your own face.

Because if the reward of events like the World Championship falls away, how many young athletes will continue to work tirelessly – largely without the support of these very same administrators – to represent their country?

Sporting success is largely cultivated by fostering participation from an early age. Chances are, no matter how much you hated it, your first memory of sport at school is probably being sorted into a “house” and made to compete under red, yellow or blue – or some fancy house name for the posher schools.

It also ties into the theory that hours of “meaningful” practice at a young age will later translate into being very good at what you do. Almost all sports people who have gone on to achieve great success starting taking part in their chosen discipline at primary level. From AB de Villiers in mini-cricket to the Williams Sisters in tennis. The younger that athletes begin practising, the more likely they are of becoming world beaters.

This is where athletics has a massive advantage over many other sports in the country.

According to the Department of Sport and Recreation, athletics is the third biggest sport in terms of mass participation – with only netball and football doing better. At primary school level, only netball has more schools participating.

The impact of track and field is tremendous because it is so accessible. While facilities remain the biggest barrier to entry for almost all school sports, athletics in some shape or form can take place almost anywhere and the access to facilities trumps that of say, cricket.

You get the picture. Unlike rugby and cricket where the top performers come from a handful of schools “known” for producing players, athletics has a widespread talent pool. The school coaches here deserve immense credit, as do the various departments. The step up from blossoming talent to high performance athletes could be better, but it should be up to the administrators to create this pathway.

South Africa has already shown that it can punch well above its weight with a fraction of the budget of countries like Great Britain and the United States of America.

With the mass-participation boxes ticked, the country could be an athletics powerhouse, if only those in suits would do their bit. DM