ASA: SA athletes speaking out will be the downfall of shady administrators 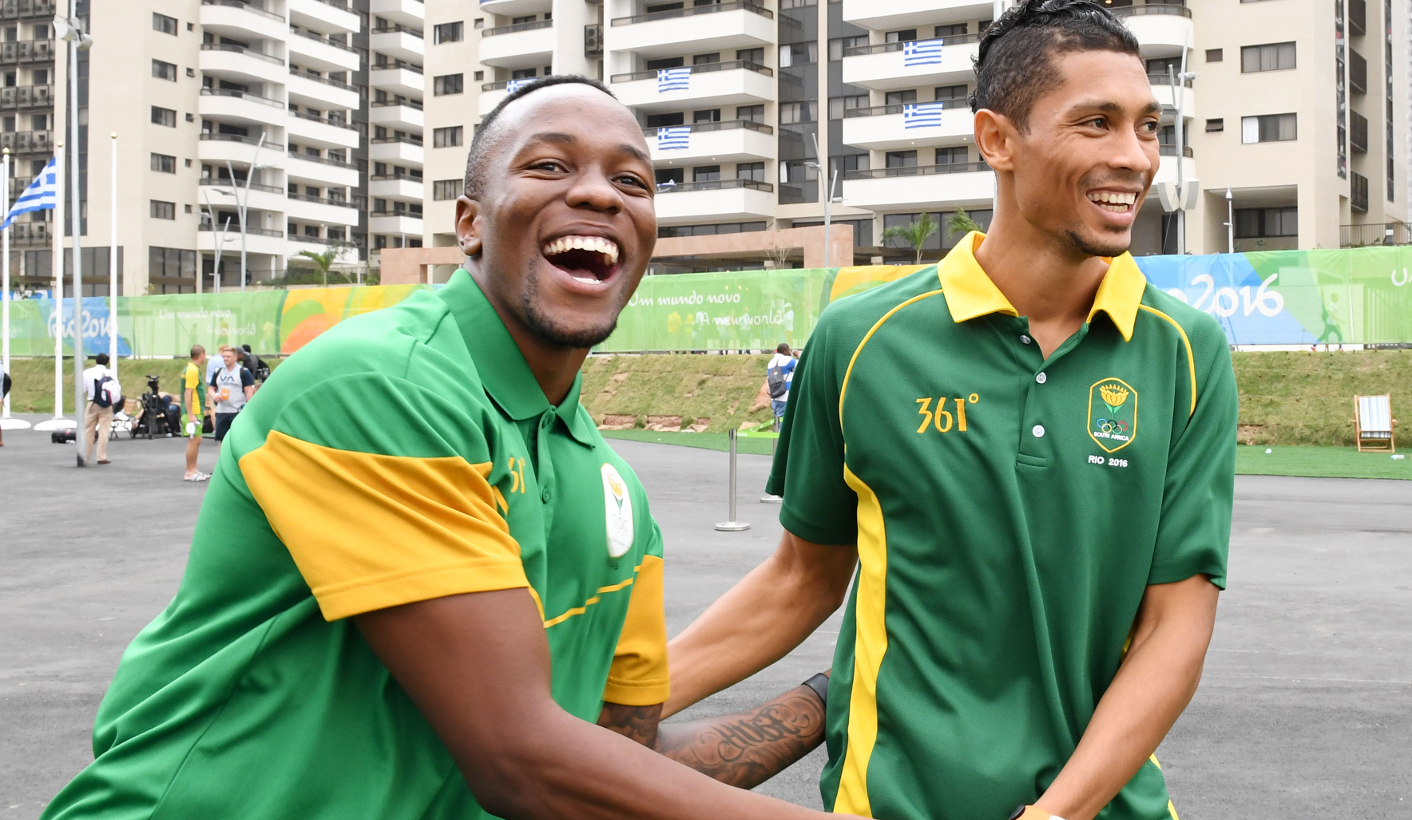 Wayde van Niekerk and Akani Simbine’s camaraderie with their omitted team-mates sends a strong message to South Africa’s sporting admin: stop your nonsense, we’re sick of the way you treat us. And South African sport sure could do with more of it. By ANTOINETTE MULLER.

In the modern sporting era, where media training is part and parcel of procedure, journalists and fans don’t really expect much more than platitudes from sportspeople. For varying reasons, pros rarely speak out against their federations or governing bodies. So, when they do, we all take notice.

Following the announcement of a 24-person team for the World Championships in London, with 13 athletes omitted because Athletics South Africa (ASA) has qualification criteria that is stricter than that of the International Association of Athletics Federations (IAAF), both took to Twitter to stand-up for their teammates.

“It’s all good and well when you want to groom talent but when there’s an opportunity to help the talent grow you shut the door on them‚” tweeted Simbine.

Van Niekerk re-tweeted, and added: “Too much talent bro selection should be our last worry. Guys work (too) hard for this type of rejection.”

ASA announced the team on Friday and gave athletes until Sunday to appeal. While that appeal window is enough to raise ire in itself, Van Niekerk and Simbine deserve heavy pats on the back for calling the federation to book.

Van Niekerk is no stranger to speaking out against nonsense rules either.  At last year’s Olympics, when now-suspended Sascoc boss Tubby Reddy was reportedly “upset” over a picture of Van Niekerk wearing his sponsor’s branded kit instead of the team kit, the 400m World Record holder quipped on Twitter: “1stly Day 1 we only received kit the night. And 2ndly it’s Sonny bill who wouldn’t take a pic?” (sic).

The tweet was accompanied by the “laughing with tears” emoji.

Thanks to social media, athletes have never been more accessible and better positioned to give insights into what their lives are like. While most social media is filled with inanities, it provides a great platform to call shady administrators to book.

That the bulk of the omitted athletes are Olympians is a damn shame. And the excuse cannot be lack of funds. The host city of the World Champions carry the costs of travel and accommodation for those competing.  These athletes met the global qualifying standard, yet ASA is denying them their chance to compete, it’s cruel.

ASA defends its position by claiming those who did not make their cut off aren’t ranking in the top times for the year. While that is true, it is beside the point. The aim of the World Championship is only in part to win titles. It offers invaluable experiences for the country’s athletes.

Van Niekerk himself went to the World Championships in Moscow only ranked just inside the top-20 world best times. At the event, he did not make it out of the heats.  Not long after, he smashed the 15-year old South African 400m record.

Sport at elite level is as much about exposure to greatness and opportunity to compete as it is about winning titles.

And it is encouraging that those who have been through these processes are speaking up.

Since Rio 2016 and all the events that followed, there has been a clear camaraderie between the country’s top competitors. Whether this is something that they decided to take on or happened organically from the time spent together doesn’t really matter.

The camaraderie from Van Niekerk, Simbine and their fellow athletes might just be what South African sport needs to bring those who might be crooked to book. Because the federations need their stars more than what the stars need their federations. If the big names do not speak out for those who are sucking on the hind teat, nobody will.

It might just be a few tweets, but it sends a strong message: if you mistreat and mismanage those who compete under the rainbow flag, we will call you out. And don’t even dare try claim any of our successes as yours when you have done so little to help us achieve them.

All hail Van Niekerk and Simbine, long may their voices echo loud and clear through our social media feeds.  DM