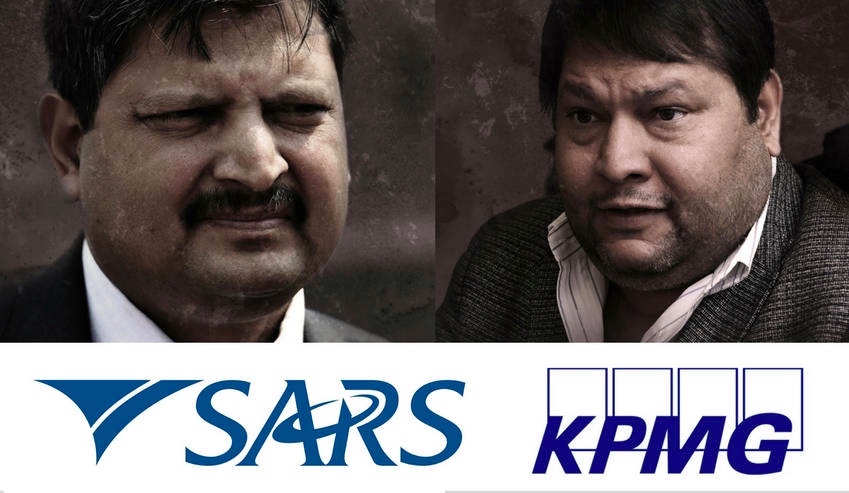 Mistakes have been made, KPMG acknowledged on Friday – 42 days after Scorpio and amaBhungane revealed how the audit firm saw no evil in client Gupta Inc. In reaction to extreme public pressure, KPMG has announced action against three partners pending a review into the firm’s work for the Guptas. But as yet, the firm has not taken public accountability for any concrete wrongdoing other than its partners’ attendance of the 2013 Gupta wedding, and a failure to cut ties with the Guptas earlier than it did. By SCORPIO

In updating the South African public on the steps taken by KPMG to address the firm’s ongoing Gupta problem, CEO Trevor Hoole stated on Friday: “From the outset we have taken these allegations extremely seriously”.

But that wasn’t clear from the tone of a statement released by Hoole on 1 July. At that stage, KPMG’s stance was one of digging in its heels. On the matter of Linkway Trading: “We stand by our audit opinion issued.” On the matter of four KPMG partners attending the Gupta wedding: “We are satisfied that our independence was not impaired at any stage.”

That statement concluded: “Consistent with our values, we have acted with integrity in our dealings with the Oakbay Group.”

Clearly, a lot can change in just over a month. “Mistakes have been made and painful lessons learnt,” Hoole’s most recent statement read – though the only “mistakes” it acknowledges publicly at this stage are that KPMG should have cut ties with the Guptas earlier than March 2016, and that “partners should not have attended this [2013 Gupta] wedding”.

One of the factors that may have influenced KPMG’s change of tack on the issue was the firm’s recent high-profile firing by asset management firm Sygnia. The latter demanded a meeting with KPMG to hear the firm’s explanation for failing to detect evidence of the Guptas’ money-laundering operations, after which Sygnia CEO Magda Wierzycka told the Mail & Guardian: “The meeting didn’t dispel, in my mind, the perception that adequate oversight was not exercised.”

KPMG CEO Hoole’s claims that the audit firm immediately took the claims seriously is also worth comparing with the response of software giant SAP to being implicated in the leaked Gupta emails. It took just two days, in SAP’s case, for four senior SAP managers in South Africa to be suspended and a full investigation put into place.

The #GuptaLeaks emails provide evidence of a possibly improperly close relationship between former KPMG executive Moses Kgosana and the Guptas, as manifested in Kgosana’s gushing compliments to the Guptas about their niece’s wedding and subsequent request for advice on dealing with media. The emails also show that KPMG failed to recognise related party transactions between linked Gupta companies, and facilitated the Guptas’ avoidance of paying income tax on state money from the Free State by permitting these funds to be offset against wedding-related business expenses – against the misgivings of a junior auditor.

Questions have also been asked about Gupta-owned company Oakbay Resources and Energy’s listing on the JSE, with the suggestion that the company’s share price may have been fixed. “Oakbay’s shares have a history of large price jumps on low volumes – most notably on May 15 2015 when it jumped to R50 from R11.15 with just 10 shares trading,” Business Day subsequently reported. Oakbay’s auditors – KPMG – would have played an integral role in the determination of a share price.

Muddying the picture for KPMG is the fact that this is not the first time in recent years that the firm’s ethics have been questioned. In 2015, KPMG was paid R23-million in public funds to produce a highly contested report into whether a “rogue unit” existed at SARS. The draft report was severely compromised, to the extent that KPMG copied and pasted – complete with spelling mistakes and typos – text derived from a mail sent by SARS’ lawyers into their recommendations and findings.

Former Finance Minister Pravin Gordhan said at the time that the draft report contained allegations without foundation, and added: “I thought forensic people are supposed to come up with facts. What does that say about the reputation of KPMG?”

As Daily Maverick’s Marianne Thamm pointed out, KPMG also had an obvious conflict of interests within the SARS saga: British American Tobacco, implicated throughout the “rogue unit” story, was also a client of KPMG. Former SARS executives provided evidence implicating British American Tobacco in corruption and money-laundering which KPMG omitted from its draft report, despite naming other companies.

KPMG’s Hoole said in Friday’s statement that the investigation being undertaken by KPMG International will extend its scrutiny to the SARS project, but he added: “It is important to note that the engagement partner for the SARS project resigned from KPMG in March 2017.”

The audit firm’s approach thus seems to be to want to pin blame on individual employees as much as possible, as evidenced also by its suspension of three partners linked to the Gupta account. Hoole explicitly said as much in his statement: “Where any problems or issues are found, those KPMG individuals responsible will be held accountable.”

But hanging a few individuals out to dry may not assuage public anger over these issues – or instil trust again in the audit firm. Auditors canvassed by Scorpio agree that the incidents suggest a wider failure of controls within KPMG at multiple levels which should have been in place to curtail the actions of a small number of rogue agents.

Elsewhere in the world, disciplining specific employees has not been considered sufficient remedy for audit firms which maintained inappropriately cosy relationships with clients.

Deloitte faced the possibility of losing its licence in Spain after accusations that it did not display sufficient auditor independence over one of its clients, Bankia – the biggest bank in Spain, which collapsed in 2012. In that case, Deloitte was eventually slapped with a fine of €12.3-million (almost R200-million). As of 2016, Deloitte also has been barred from practising in Saudi Arabia for two years by the kingdom’s market regulator as a result of its auditing of a firm which suffered major debt problems and criminally misrepresented its own value.

In 2016, Ernst & Young in New York was fined $9.3-million (around R125-million) for inappropriate client relationships, with one partner in particular having been found to maintain “an improperly close friendship” with the chief financial officer of a company he was auditing.

The most famous case of an accounting firm facing repercussions was that of Arthur Andersen, one of the “Big Five” audit firms, which voluntarily gave up its licence to practise after being accused of criminal complicity with energy giant Enron. Arthur Andersen’s collapse left the Big Five as the Big Four – an elite group which includes KPMG.

KPMG South Africa now faces not just the scrutiny of its international company but also a review by the Independent Auditors’ Regulatory Board. KPMG has committed itself to “help restore the public trust we have earned over more than a century of commitment to the highest professional and ethical standards”. But for that to happen, South Africa may need to see more than lip service paid to the notion of accountability. DM