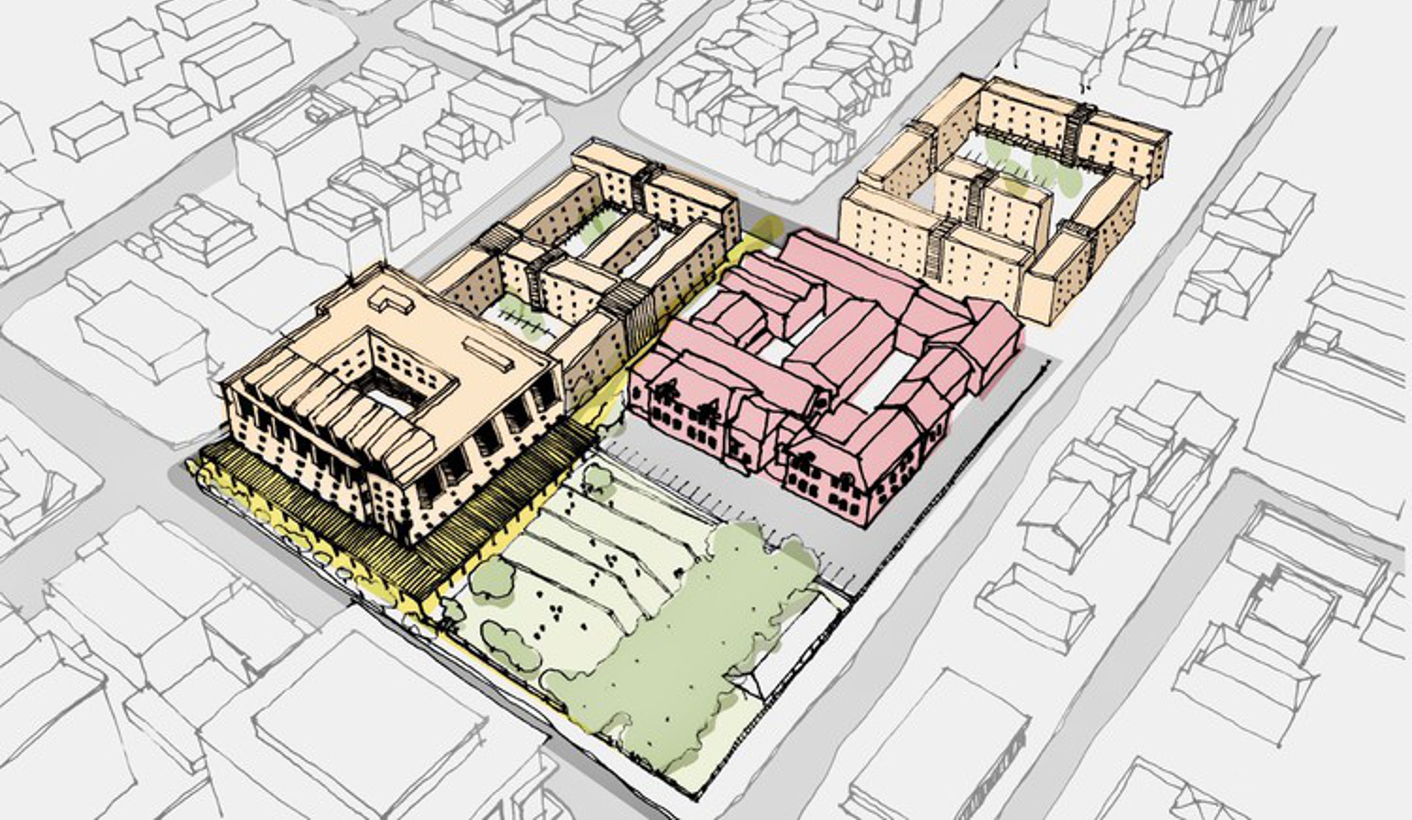 Claims of anti-semitism in affordable housing campaign are “totally baseless and silly”, says activist. By Moira Levy for GROUNDUP.

A rooftop view of the Atlantic seaboard was the setting for a meeting between a group from the Jewish community of Cape Town and housing activists from Ndifuna Ukwazi (NU) and Reclaim the City. The subject was the controversial sale of Tafelberg, a substantial parcel of prime province-owned land, to the Phyllis Jowell Trust for the development of a private Jewish day school. Activists want at least some of the land to be used for social housing.

The Tafelberg development programme was promoted as an opportunity to redress the race divisions in Sea Point caused by apartheid, by building affordable housing in a suburb near the city centre, for the first time since democracy.

State housing is still being built on the periphery, far from jobs, transport and business hubs, and does not address the problems inherited from apartheid.

Elizabeth Adonis, who lives and works as a domestic worker in Sea Point, described the room she shares with her teenage daughter: “It is too small to fit a double bed. My daughter and I must share a single bed.”

She shares the bathroom, which she describes as “bad, very ugly”, with eight other domestic workers. For this Adonis says she pays rent of R2,000 a month.

In April Premier Helen Zille suggested the campaign for affordable housing in Tafelberg was anti-semitic, writing: “At least part of the explanation (for opposition to the sale of Tafelberg) may lie in the fact that the successful bidder for Tafelberg was the Phyllis Jowell Trust, which intends to develop the property as a Jewish Day School. (Reclaim the City) has vehemently opposed this, using a string of pejorative epithets, including race.”

In response, former MP Andrew Feinstein wrote: “Smears like Zille’s undermine the real fight against anti-Semitism and fail to recognise the bridge-building that organisations like Reclaim the City achieve.”

The rooftop meeting hoped to show that Jewish people in Sea Point supported affordable housing. The residents met, listened and discussed with representatives from Ndifuna Ukwazi and Reclaim the City to learn more about the urgent need for affordable housing.

Organisers said the Jewish community had been caught up in what is really an argument between housing activists and the provincial government. They were at pains to point out that the identity of the buyer was not the issue.

At the same time they expressed regret that people associated with the Phyllis Jowell Trust had used the Jewish community to try to drum up support for the sale.

In response, about 200 Jewish Capetonians signed a petition supporting the use of Tafelberg for affordable housing.

Former Ndifuna Ukwazi trustee and local activist Doron Isaacs described claims of anti-semitism as “totally baseless and silly”. He said it was no more than a “twist of fate” that the Tafelberg plot had been sold to a Jewish school.

“On the one hand it was irrelevant who the buyer was but on the other hand the dynamic was created in the public mind that this is between poor black people and the Jewish community,” he said. He was particularly concerned that Zille “without any factual base” had claimed that there was anti-semitism involved.

Julian Sendin, a researcher and urban policy specialist from Ndifuna Ukwazi, told the meeting that the province had released a tender for four plots, without any conditions attached, and Tafelberg was simply sold to the highest bidder for its exclusive use.

Ndifuna Ukwazi believes all housing development needs to incorporate an element of social housing. Sendin described a “mixed use” and “mixed income” model that could be applied to sites like Tafelberg. State-subsidised rental housing would be built alongside prestigious apartments sold at market rates. Highly profitable commercial developments would be included in the mix. Tafelberg is so vast that there is enough space for a school, Sendin said, and possibly the Jewish school that was initially proposed. “If the state was smart it would cross-subsidise. Some money from the market-related property could be used to help subsidise the social housing,” Sendin said.

He singled out Tafelberg, one of the last pieces of conveniently located publicly owned land, as the obvious place to build affordable housing. “Once sold it is gone. The state will never be able to afford to buy back land in an area like Sea Point.”

By the time of publication, the province had not responded to a request for comment. DM

Image: Urban designer Azraa Rawoot’s impression of what he Tafelberg site could have been as a mixed-use and social housing development