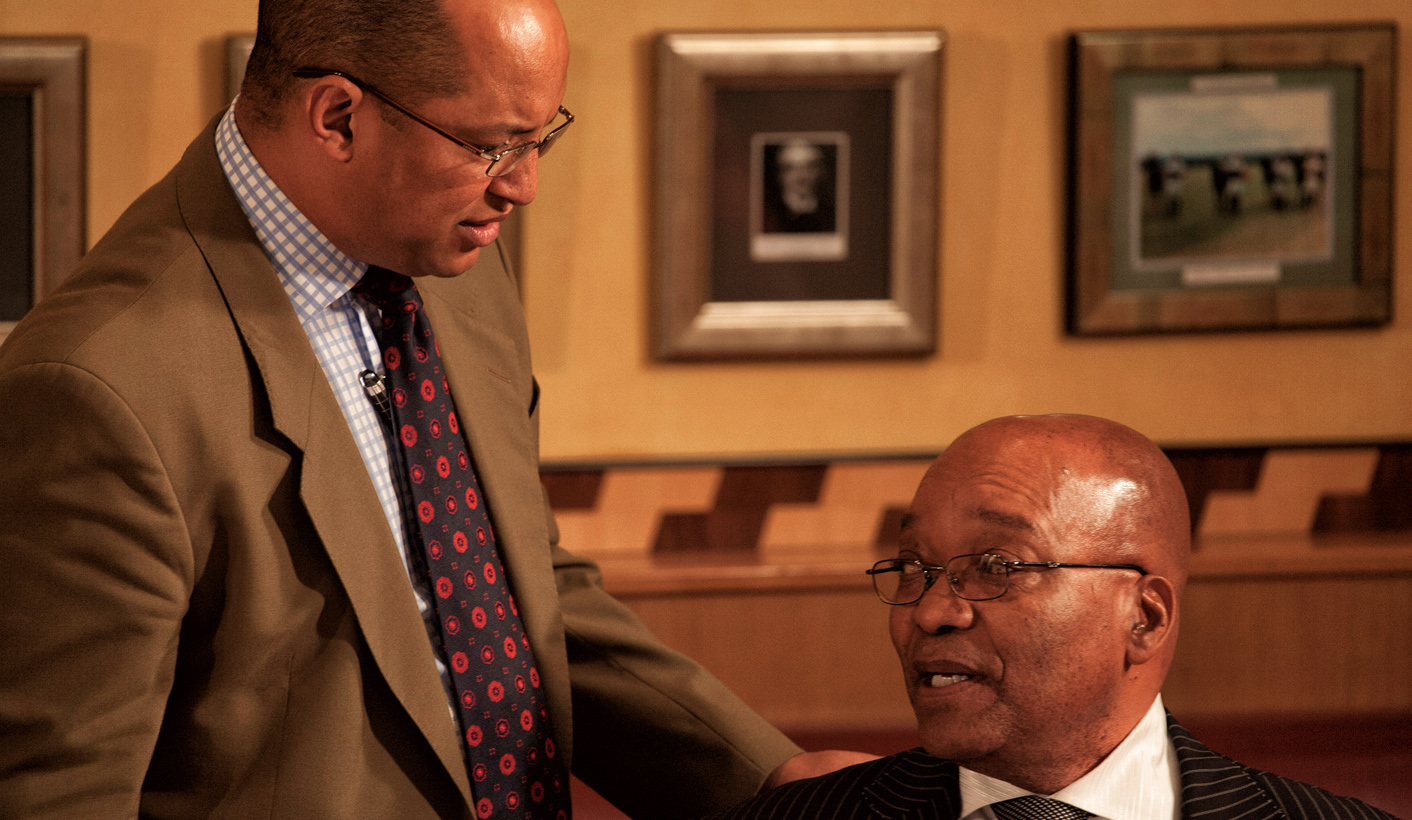 In April this year, ousted National Director of Public Prosecutions, Mxolisi Nxasana, deposed a damning affidavit accusing President Jacob Zuma’s legal adviser, Michael Hulley, of attempting to induce him to lie – under oath – that the President had not pressured him into leaving office. The capturing of the NPA by President Zuma is a matter of national public interest, as is the allegation that the President’s legal adviser might be guilty of defeating the ends of justice. The KZN Law Society, however, doesn’t think it’s worth investigating. By MARIANNNE THAMM.

If there is a crucial issue that has been highlighted in the series of #GuptaLeaks exposés into State Capture, it is the role of auditing and consulting firms as well as lawyers who have acted in a professional capacity and who have now been implicated in alleged corruption.

It is imperative then that those regulatory bodies that oversee and monitor the ethical conduct and standards of these professions act as a bulwark against unscrupulous members. Which is why, shortly after Mxolisi Nxasana deposed his damning affidavit in April, Advocate Paul Hoffman SC, of Accountability Now, wrote to the KZN Law Society and lodged a complaint against the President’s legal adviser, Michael Hulley.

Nxasana had deposed his affidavit in a Corruption Watch and Freedom Under Law application in a civil case to review a R17-million payout to Nxasana. In it Nxasana alleges that President Jacob Zuma committed perjury and had lied when he stated under oath that Nxasana had willingly left the office in 2015 and had not been forced to do so.

Corruption Watch and FUL are seeking to have Nxasana’s departure and the payout declared unlawful. Nxasana has publicly expressed his desire to return to the crucial post as well as to pay back the R17-million he received as a golden handshake.

Nxasana has claimed he was hounded out of the position by allies of President Jacob Zuma when they suspected that he might reinstate the 783 charges of fraud and corruption against the president.

In the affidavit, Nxasana said that it was evident that Hulley had wanted him [Nxasana] to lie under oath that he had asked to vacate the office.

“I advised Mr Hulley that I was not prepared to make that statement since that was not what had occurred factually. I reminded him that I was an officer of this court and that I would not mislead the court,” said Nxasana.

Nxasana, who was appointed National Director of Public Prosecutions in August 2013, instituted charges of perjury against Zuma ally, deputy head of the NPA Advocate Nomgcobo Jiba as well as NPA director of special prosecutions Lawrence Mwrebi which ultimately led to the North Gauteng High Court ruling in September 2016 that both be struck off the roll of advocates.

For this independence of mind Nxasana had to be removed.

Hulley is an attorney of the High Court who practices at La Lucia. Writing to the KZN Law Society in April, Hoffman attached a copy of Nxasana’s affidavit. Nxasana also happens to be a former president of the KZN Law Society “and accordingly a person whose oath should be taken seriously”, said Hoffman.

Hoffman wrote that Nxasana’s allegations amount to an attempt on the part of Hulley to defeat the ends of justice.

“As the pertinent body having disciplinary jurisdiction over Mr Hulley, it
is accordingly incumbent upon the disciplinary structures of the KZN law
society to investigate the misconduct alleged in the Nxasana affidavit and
to take the steps necessary to apply to have his name struck from the roll
of attorneys if the affidavit is as well founded and credible as it appears
to be on a prima facie basis.”

Then Hoffman adds for good measure:

“While you are about it with your investigations you may wish to consider how it could legally and ethically have come about that Mr Hulley was able to provide the NPA with covert tape recordings made by the NIA of discussions between former NDPP Bulelani Ngcuka and Leonard McCarthy, then head of the DSO, concerning the fate of then private citizen (now President) Jacob Zuma. At the time he relied, without any foundation for doing so, on professional privilege to avoid disclosing how he came to be in possession of the secret tapes.”

Hoffman concludes that while Accountability Now had no direct knowledge of either matters referred to, “Willie Hofmeyr of the NPA will be in a position
to enlighten you on the secret tapes if you decide to investigate that matter; Mr Nxasana’s affidavit is all you need in respect of the alleged attempt to defeat the ends of justice, the more serious matter by far in our
respectful submission.”

Three months later, on 13 July, Ms N Harripersad, on behalf of the Acting Director of the KwaZulu-Natal Law Society, replied to Advocate Hoffman.

“I regret that the Society cannot assist you because it has been difficult to establish what the nature of your interest is in the matter reported by yourself against attorney Hulley & Associates, as you appear not to have been personally affected by the alleged conduct of the attorney.”

Harripersad requests that Hoffman “produce written confirmation from the affected party on whose behalf you are lodging the complaint, authorising you to do so”.

To which Hoffman replied on Tuesday:

“We are not acting of behalf of any individual complainant in this matter. We are acting in the public interest as we are entitled to do as an NGO which concentrates on accountability. As you know, corruption has been a human rights issue since the Glenister II case was decided by the Constitutional Court on 17 March 2011.”

Public interest litigation, said Hoffman, was contemplated by the Constitution whenever human rights are threatened or infringed.

“As a former president of your society and as a person suitable for high public office, Mr Nxasana is surely worthy of credence in your investigation of the matter, which should follow as a matter of course and without any complaint by any individual complainant.

Hoffman requested the society to “proceed with the matter in the public interest. It is quite intolerable that two of your members should be at odds with each other in the manner we have described. An attorney’s word is meant to be his bond. If Nxasana is being mischievous, his stance needs to be exposed as a perjured affidavit; if Hulley is the one lying on oath, then it is not a time for your society to sit on its hands.”

Daily Maverick’s questions to the KZN Law Society asking for a response to Hoffman’s request for an investigation and the society’s initial reply that it could not investigate Hulley had not been replied to at the time of writing. DM