Forgiven? Bell Pottinger must first reveal it all

Forgiven? Bell Pottinger must first reveal it all 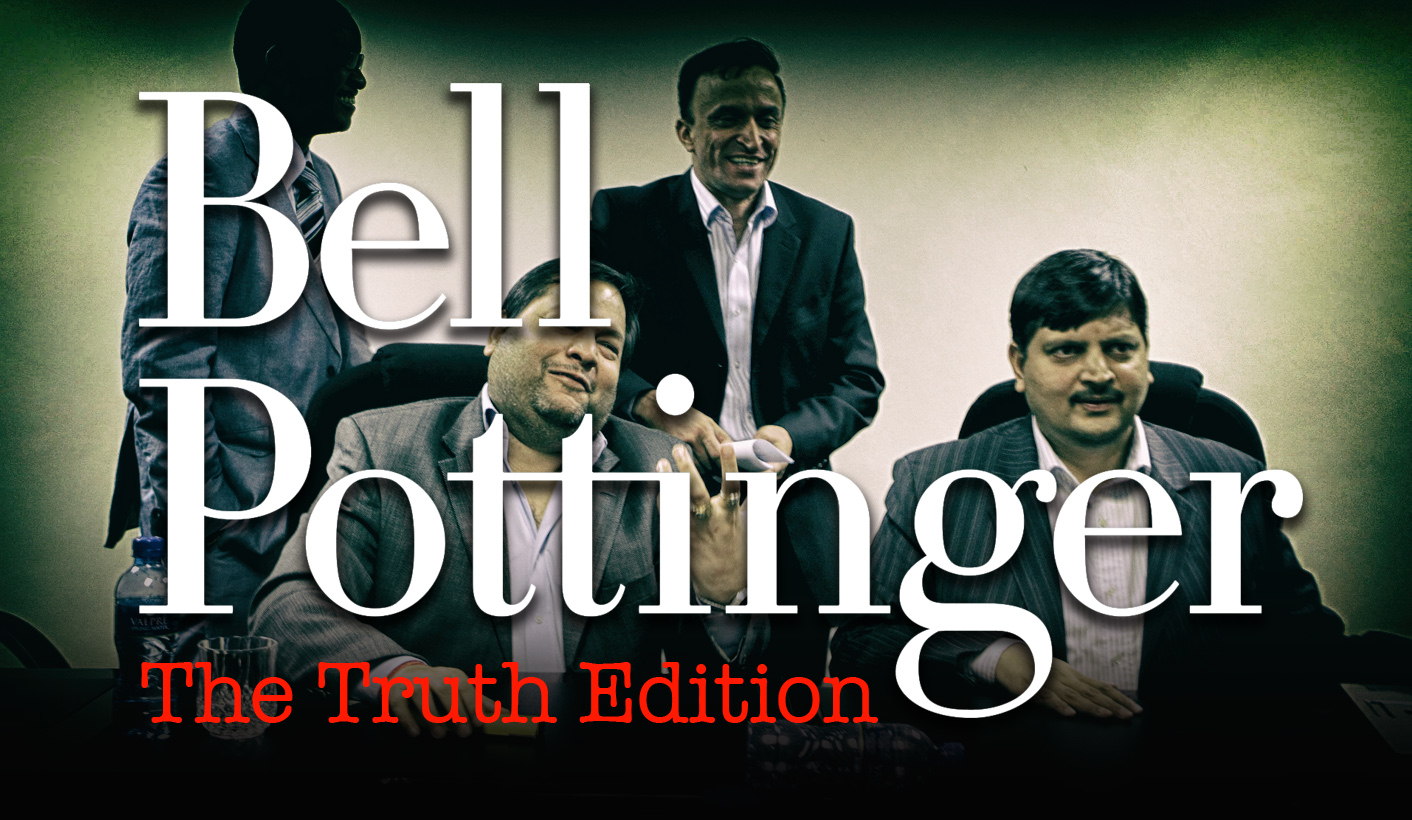 On Thursday night last week Bell Pottinger, the public relations firm, put out a statement apologising for some of the actions done by its employees in South Africa. It is well-known by now that it was the British firm, acting in a colonial fashion, that had come up with the narrative about “white monopoly capital”. So angry were South Africans over this that they embarked on a social media campaign against the company, which led to the appointment of a law firm to conduct an “independent” investigation. The interim data “shocked” the UK’s premium spin doctors enough to respond by sacking one partner and suspending two other employees. However unexpected, or welcome, it is obvious that this will be not enough for Bell Pottinger to atone for its sins. There is still a myriad ways for the company to make good the damage it has done to all of us. Being essentially a group of cold-blooded spin-mercenaries for hire, the odds are they will not go far enough. By STEPHEN GROOTES.

For many South Africans it is going to be difficult to be objective about the actions of Bell Pottinger. To try to expertly unstitch the reconciliation project that we have embarked upon (some more than others) in South Africa is surely one of the most evil things one can do. Ever. Essentially, Bell Pottinger were working hard to unpick the work of Nelson Mandela.

This is not something that can be undone by well-crafted statements and claims that they were misled.

For this journalist, for example, there is strong evidence, proof actually, from the #GuptaLeaks, that Andile Mngxitama and the Black First Land First movement got their ‘inspiration’ from Bell Pottinger. Which means I would have to ask if the threats made against the lives of my colleagues, and myself, are the direct result of the actions of Bell Pottinger.

But, at the same time, we must be aware of the temptation to claim that all, or even a significant part, of the current debate in our country around race, class, economic apartheid and the past (economic apartheid is a term that long precedes Bell Pottinger’s intervention) are only the result of the actions of this company. They did not create the situation. What the firm did was to add oil to the fire that was threatening to spread all over an already difficult and sometimes highly combustible situation. The economy had been slowing for some time, people who were poor under apartheid were realising that there was very little hope for them to improve their situations, and so they were looking for the usual suspects.

And that’s before we consider the various incidents that have come to play a particular role in the public mind. Penny Sparrow’s Facebook rant was racist, the Spur incident was racist too; these were big issues even without the help of a group of people from a former colonial power.

So, it is probably going to be impossible to understand exactly how much damage was done by Bell Pottinger, deliberately, and how much was the natural result of the economic (and thus the political…and vice versa) situation that we are in.

But there is a way that we could make a start. One of most significant aspects of the statement from this company is that it is already apologising before the investigation is finished. Which means that this pre-apology was necessitated by what has been uncovered so far and that it must be really, really bad. It must be a proper smoking gun to wrongdoing. And it must be undeniable – the person was fired before even being given a hearing to defend herself.

In the days after the apology, many South Africans took to their platforms to demand Bell Pottinger “pay back the money”. But such “punishment” would come nowhere near to repaying the damage that was caused. In the greater scheme of things, the company was paid peanuts comparing to the harm they actually inflicted on South African society. Paying back the money would be seen as washing away the sins after which the firm may emerge clean and continue with its business – only in another country.

To be truly forgiven, Bell Pottinger must actively help South Africans understand what actually happened, and why.

If Bell Pottinger were serious about undoing the damage that they have admitted to doing, they should tell us about absolutely everything that happened. They should make public every email, every recollection of every phone conversation, every meeting, every single detail that can tell us more about the Gupta family, how they operate, and what the spin-doctors did for them.

Anything less than absolute and full disclosure is not going to be enough. Because if they do release all of this information, it would do two things. It would tell us more about how the Guptas operate and what they’re doing. And it would give us more proof (though we don’t really need it) that the #GuptaLeaks are authentic.

And along the way it would help Bell Pottinger both to explain what it did – and crucially, what it didn’t do – in all of this. It would be messy and difficult for them, but they would emerge in a much better position. And perhaps could then claim to be an “ethical” PR firm.

But in the real world, what is really going to happen is that in about a year’s time, this company will announce the results of the investigation and then embark on a rebranding process. It will change its name, relaunch its website, come up with another fairy-tale vision and mission statements. Most of the firm (sans a few designated scapegoats) will escape any kind of ultimate sanction. It will probably be forced to do this because South Africans, having absolutely no chill, are now going to go for the brands, the businesses, that do business with Bell Pottinger. They will be the next targets. And they will have to rush for the exit as quickly as possible (no doubt with the strong encouragement of people like Johann Rupert and Investec who pulled their business months ago).

To get around this, it is now important for us to know who the individuals were who were involved. Who did what, who came up with the narrative, who implemented it, who pushed it, who made contact with whom? All of these things matter. And once we have those names we will be able to make sure that they do not escape accountability. They will never go to jail, or face any kind of criminal punishment (it would be impossible to prove criminality, merely unethical conduct). But surely it would be possible to make sure they don’t apply their dark arts in the field for some time (although there is always someone who will hire a spin-doctor, no matter what their track record… ask Carl Niehaus).

Unfortunately, the people who run Bell Pottinger, James Henderson as CEO among them, will not be focusing on any of the things that should be done. If they were people of upstanding moral fibre they would not have been working there in the first place. Instead, they are going to focus on one of two things. Either saving the company, or making sure they’re not the last to leave. Which means that those who wish to make sure they are made to pay for what they have done will have to keep up the pressure.

One thing, though, they should always keep in mind: South Africa will not forget this newest form of colonialism any time soon. DM