ISS Today: ANC invokes the ghosts of a party past 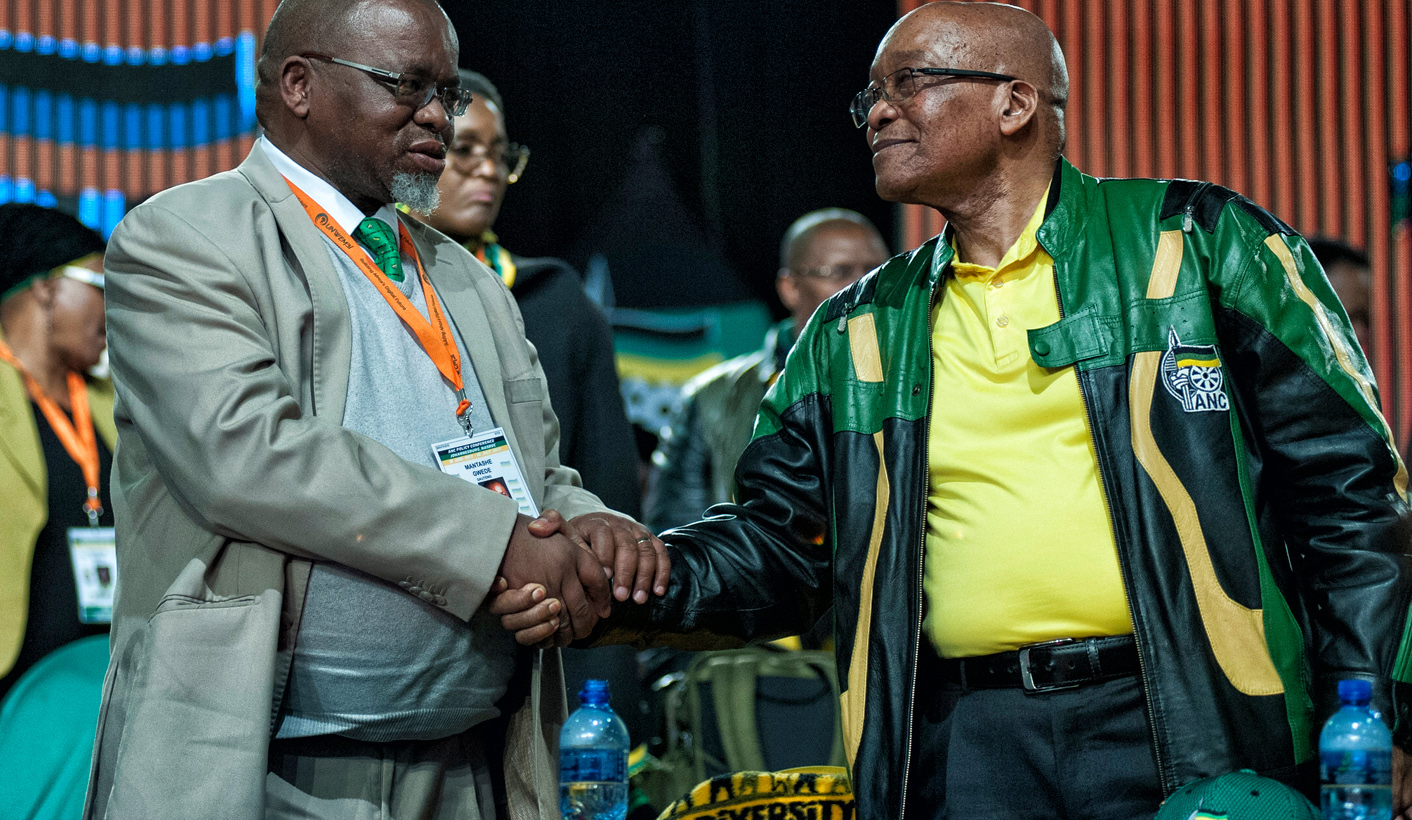 The future of South Africa’s transformation is being decided by an organisation torn apart. By Peter Fabricius for ISS TODAY.

Though his statue stood in the grounds, alongside those of other former ANC leaders, the warm and embracing spirit of Nelson Mandela was evidently not dwelling in the chilly halls of Nasrec, the large exhibition complex south of Johannesburg’s CBD. Or if it was, it must have been restless.

President Jacob Zuma didn’t mention him once in his opening speech to the ruling African National Congress’s (ANC) national policy conference, though he did pay tribute to several other leaders. Notably Mandela’s predecessor Oliver Tambo. “This is the year of Tambo!” (marking the centenary of his birth) someone said, to explain the marked absence of Mandela references.

But are the two great leaders mutually exclusive? It now seems so. The wider world still regards Mandela as the ANC incarnate. But many in the contemporary ANC regard him as having been a “sell-out”.

It’s been 23 years since Mandela became South Africa’s first democratic president and millions of black people feel they have not reaped the democratic harvest; that poverty largely still wears a black face. They say Mandela made too many compromises with what some now call “white minority capital” and with international neoliberalism.

They have forgotten – if they ever knew – that he did so to reconcile the bitter enemies of apartheid and ensure a peaceful transition to democracy. They also conveniently ignore that much of today’s poverty and inequality is due to incompetence, bad policies or rampant corruption in their government.

Their discontent has instead fuelled a rising and increasingly strident demand for “radical economic transformation”.

The agenda includes a range of drastic state interventions in the economy. These include expropriating land without compensation, breaking up white minority capital with much tougher black economic empowerment measures, and effectively nationalising the Reserve Bank by transferring its ownership from private shareholders to the state. This was agreed.

Some had even wanted to scrap the Public Finances Management Act – which, as its name suggests, regulates public spending; and the Financial Intelligence Centre Act – which obliges banks to close accounts of dodgy politicians, among others.

Zuma’s faction has expropriated the discontent and the radical agenda for its own narrow, self-interested purposes, to cloak its “state capture”. This is the conspiracy by the president to allow his business cronies, the Gupta family, to effectively take over large parts of the government – including state-owned enterprises which dispense lucrative contracts, and even the Treasury.

And so Deputy President Cyril Ramaphosa’s opposing camp – and most of the business community and non-ANC-supporting citizens – understandably suspect the real purpose of this radical agenda is to facilitate further looting of the fiscus.

The battle between these two factions at the conference was bitter, descending at times to racist insults and threats of internal disciplinary action. On day one last Friday, Zuma’s faction tried hard to prevent a damning “diagnostic operational report” being presented by ANC Secretary-General Gwede Mantashe.

The report bluntly blamed state capture – and particularly that by the Guptas – as one of the main reasons the ANC lost nearly 10% of its support, and three key metros, in last August’s local government elections; and why it was in danger of losing control of the country in the 2019 national elections.

Mantashe’s report also frankly warned that when revolutionary movements were in decline and sought to regain their support by “populism and adventurism”, they risked being “totally derailed” – as happened in Zimbabwe. He also reminded delegates – and here the ghost of Mandela must have smiled – that the ANC “never had a programme of replacing white domination with black domination”.

Party-political debates over policy are always proxies for power struggles, but the state capture scandal made the debates here even more so.

A flood of emails leaked to the media has revealed not only the extent of the Zuma-Gupta faction’s attempts to capture the state, but also how the whole radical economic transformation agenda was devised by the UK public relations firm Bell Pottinger to radically transform the state capture narrative into a more palatable one.

So the debate at the policy conference was largely about economic policy – which was, in turn, largely about the ANC’s factions. But to maintain the illusion of unity, it was often close hand-to-hand combat over single words, which looked rather semantic but actually represented something much bigger. “It’s raw politics, expressed in battles over the use of words,” said one delegate.

Should the enemy of the ANC’s “national democratic revolution” be characterised still as “monopoly capital” (the Ramaphosa position), or should that change to “white monopoly capital” to reflect the resentment that many blacks feel that whites still largely control the economy (the Zuma position)?

Joel Netshitenzhe, head of the strategy and tactics commission, emerged to announce that nine out of 11 commissions had decided to leave out the word “white” from this characterisation, as monopoly capital was a universal phenomenon. But this precipitated a bitter battle in the economic transformation commission, where many accused Netshitenzhe of distorting the monopoly capital position.

But then in his closing remarks, Zuma insisted that the ‘white monopoly capital’ narrative had prevailed – which the Ramaphosa camp said was a distortion of the agreement. They also felt Zuma had abused his position to announce that the conference had agreed to land expropriation without compensation- though only within the law and the constitution.

In reality the contest here was largely a curtain-raiser to the bigger contest in December at the ANC’s elective conference to decide who will succeed Zuma as ANC president – and who will be the party’s candidate in the 2019 general election.

Will it be Nkosazana Dlamini-Zuma, who would be considered more likely to indulge her ex-husband’s corruption, disguised as radical economic transformation? Or will it be Ramaphosa, who would be expected to clean up the state and ensure that radical economic transformation served its real purpose of uplifting the black majority? And that it was implemented in a responsible manner that didn’t scare off the domestic and foreign investments so vital to a stalling economy already in recession?

Or would the ANC make drastic compromises to retain unity and thus risk further aggravating the real problem that dogs the ruling party – its extraordinary ability to spend huge amounts of effort in debating policy and then not implementing it?

Cynically, one could imagine why OR Tambo has replaced Mandela as the new ANC icon. He died the year before the ANC came to power in 1994. Invoking him takes the ANC back to a golden moment when it stood on the threshold of power – but before it became contaminated by corruption and incompetence.

As commentator Karima Brown noted listening to the ANC debating policy without taking responsibility for its past performance, you might think they were talking about a party that had never been in power. DM

Peter Fabricius is in ISS consultant.