Zimbabwe: Students out in the cold while Grace Mugabe tends to her children’s ‘emergency’ 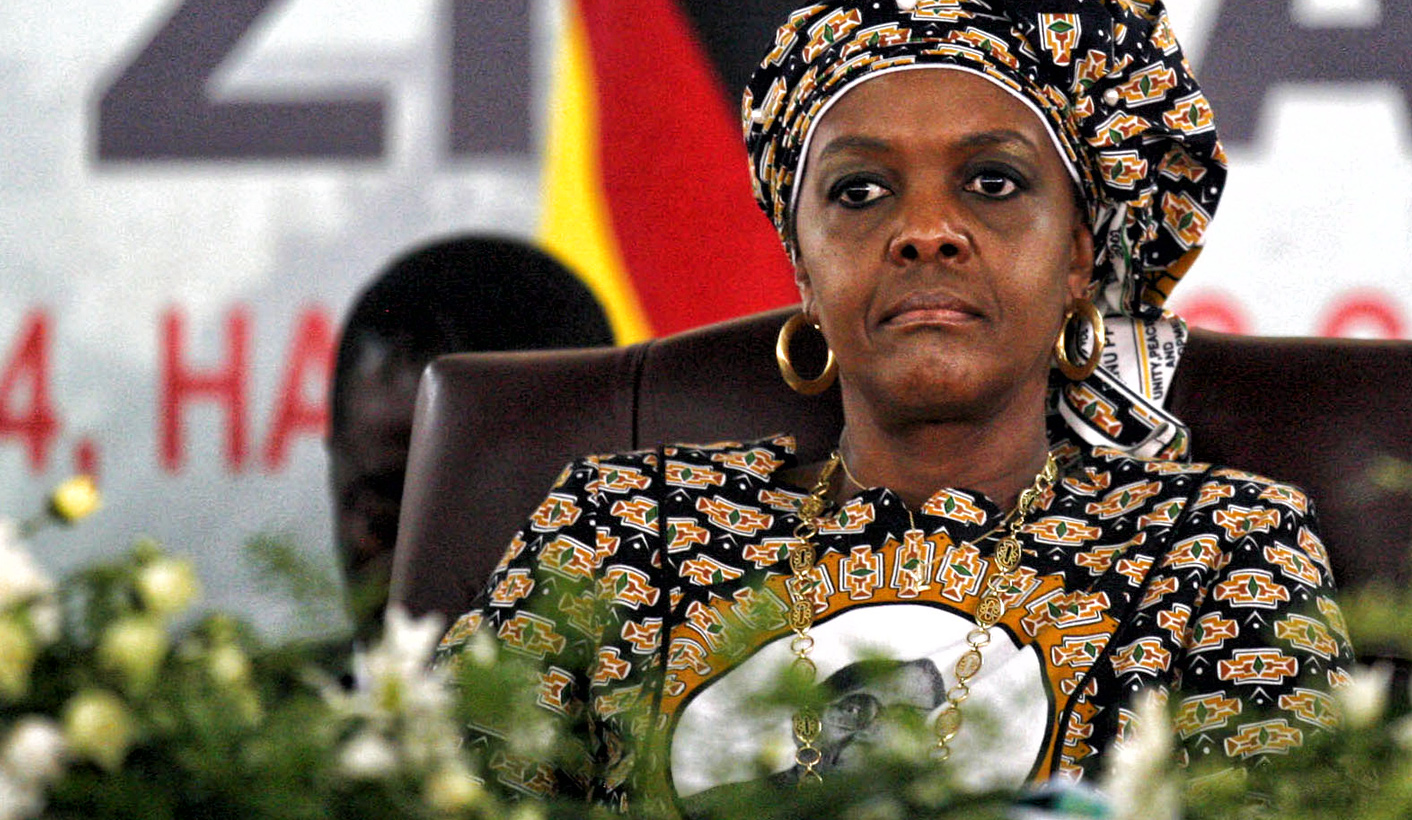 While embattled Zimbabwean students had to sleep on the streets when they would have preferred to be studying, the spoilt Mugabe offspring were being helped by mummy Grace to get over their ‘accommodation emergency’ in Johannesburg. By KRISTEN VAN SCHIE.

Around the same time that Grace Mugabe was in South Africa to handle a mysterious accommodation “emergency” for her two sons with President Robert Mugabe, hundreds of Zimbabwean students were returning to their university for the first time in days after being expelled from their residences following a fees protest.

“Come on, it’s pathetic,” activist and secretary-general of the Zimbabwe National Students Union (Zinasu), Makomborero Haruzivishe, told Daily Maverick. “She goes to South Africa when there are hundreds of other students sleeping out in the cold, to go and help her sons who are already living off the tax that we pay?”

Between 600 and 800 students slept rough after the University of Zimbabwe’s vice-chancellor Levi Nyagura ordered them off campus after students and security guards clashed last Monday.

The medical students – other faculties were on vacation – had earlier that day gathered to protest against a planned $450 (R6,000) hike, an increase that Haruzivishe said was “not justifiable” in Zimbabwe’s current economic climate and ongoing cash crunch.

“Increasing the fees like that is like revoking your right to an education,” he said. “It’s too much. That’s why we decided to organise a protest.”

Forced from their residences, Haruzivishe said hundreds of students – many of them not from the capital – slept on the streets on Monday night, while the student representatives worked to provide accommodation through NGOs, churches and Harare locals as the week progressed.

“They are medical students – they are the bright lights in our country, but then they are being forced to sleep like street kids,” he said.

Across the border and over 1,000 kilometres away, Grace Mugabe was in Johannesburg handling an “accommodation emergency” of a different kind.

In a message relayed by her husband to a Zanu-PF rally at the weekend, the First Lady reportedly said, “I wanted to be there with you at this meeting but the emergency in South Africa could not allow me to return on time since I have to make sure my children have secure accommodation.”

According to reports, Robert Jr and Bellarmine Chatunga have been living in South Africa since early this year.

As the Zimbabwe Independent puts it: “The First Family, like other well-to-do families in Zimbabwe, are shunning local education and health facilities for better foreign amenities.”

Before relocating to Johannesburg, Robert Jr was living it up in a $42,000 (R556,000) a month 10-bedroom Dubai pad – a juicy detail revealed in court documents after a deal gone bad between Grace and a Lebanese diamond trader, the paper reported.

“They’re understood to now be studying in Johannesburg, although it’s not clear where,” reported News24. “One thing is certain: whatever lodgings their mother does find for them won’t be humble.”

A court order brought by Zimbabwe Lawyers for Human Rights last Wednesday overturned the university-ordered eviction – the same day the medical students were set to start writing their exams.

But it would take another two days and the threat of contempt of court charges before vice-chancellor Nyagura allowed the students to return.

For Haruzivishe, whose on-campus activism cost him two years suspended from his psychology degree, the juxtaposition of the students’ struggle with that of the Mugabe boys is unacceptable.

“They are so much more privileged than most here in Zimbabwe,” he said. “Their lifestyles are enough to sponsor the education of so many.” DM