Op-Ed: Mugabe’s guns are in line, and his trusted cadres are first in the firing line 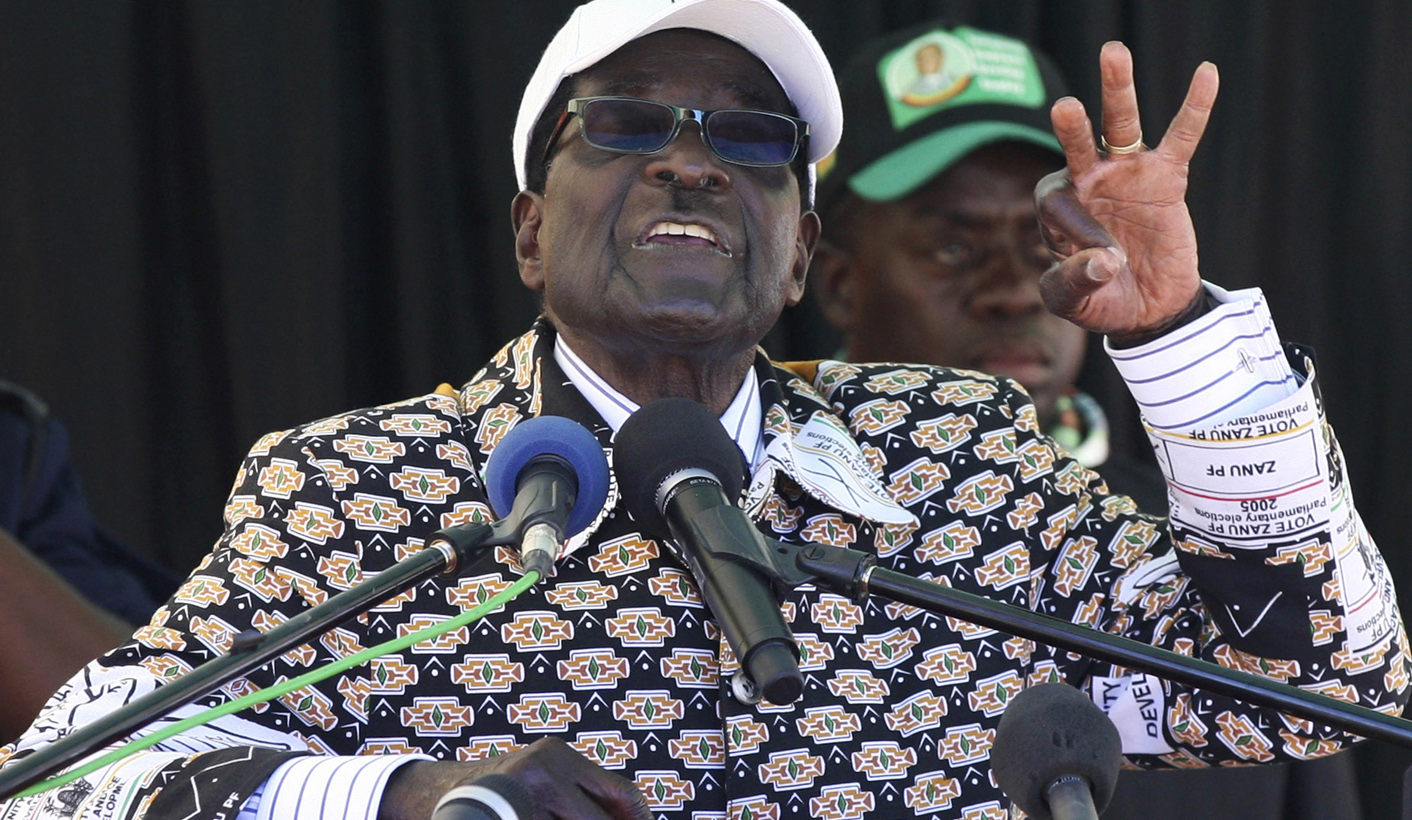 Zimbabwe’s President Robert Mugabe has set “his boys” on each other, managing all the while to keep his trusted choice for successor hidden. By MAYNARD MANYOWA.

For as long as many people can remember, Robert Mugabe has played his ambitious cadres in a “stakes elevated” game of Fool’s Gold.

One by one, his most senior partners have been flattered and deceived, tempted to take the bait of anointed successor, only to be scorned, kicked out, and at times even killed.

It has been the same story for all over 37 years.

From Edgar Tekere, Edison Zvobgo, Moven Mahachi, Joice Mujuru, Jonathan Moyo, and Emmerson Mnangagwa; Mugabe has set “his boys” on each other, managing all the while to keep his trusted choice for successor hidden.

But times have changed. Mugabe is nearing a century of unfortunate existence. His body is giving in. He has lost his charisma, his energy, his touch. He sleeps throughout the day, and his wife runs the country by proxy.

He often suffers from memory loss, his manhood has been desecrated by prostate cancer, and he shits his pants, frequently too.

He appreciates that sooner or later, he is set for a date with his creator, his maker.

A smart autocrat, he has been preparing for this day for most of his life.

His plan A was to have his wayward wife take over. His most powerful pawns, the bishops, the rooks and the knights rejected that choice. He resorted to plan B.

On Thursday June 1, 2017, with the obvious blessing of Mugabe himself, the Minister of Higher and Tertiary Education, and the self-appointed soldier against the genocide of the ‘80s proclaimed that the Minister of Defence, Sydney Sekeramayi, was the most suitable choice to replace Mugabe.

It was telling and instructive.

Moyo has often accused anyone who spoke of Mugabe’s successor as a treasonous “successionist”.

“I am still here, shall I punch you so that you feel I am here”, and “there is no vacancy”, uttered Moyo’s principal, Mugabe.

Moyo himself weighed in, deeming those that had ambition as “power hungry people on a mission to grab power for power’s sake”.

Having faced corruption charges, and nearly spending a few nights in jail, Moyo’s decision to step on treasonous ground would have only happened with Mugabe’s blessing.

His death and the aftermath are a territory many have paid for with their lives.

But this is not the first move in Mugabe’s final sequence.

Last week, Khuluma Afrika, a centre for political analysis and investigative journalism, broke the news that Mugabe’s daughter, Bona, had been appointed to the Censorship Board, so that she controls anti-first-family rhetoric.

In days, it was revealed that Bona would sit on the lucrative Empowerment Board as well.

Mugabe’s other children have been moved from Dubai and Harare. They are now resident in South Africa, and attending business school in the leafy suburbs of Sandton.

They are going through rapid and intensive courses in business management and administration.

According to Khuluma Afrika sources, the children will all be rewarded with top level jobs.

Mugabe’s son-in-law already controls the national airline. It is not a dynasty in the making. The dynasty has already been constructed. It is now in motion.

Moyo’s pronouncement, followed by Mugabe’s own tribally hostile comments that members of his own tribe, “The Zezuru” have the leadership qualities at the launch of his 2018 election rallies held in Marondera, are proof that Mugabe has chosen his successor, at the 11th hour, and with all his pieces in place.

For months now, the Vice President, Emmerson Mnangagwa, has demonstrated a reformist agenda. His command agriculture has been a success, despite its overall value being a matter of debate. (Zimbabwe has produced maize in excess, but the price its Grain Marketing Board purchases it from farmers makes the maize at least five times more expensive than all its regional partners – with that in mind, the country will have excess maize which it cannot export, a needless positive which will not bring immediate value, but nonetheless portrays the ability of the “reformists” to actually lead the country to renaissance.)

But now it is clear that all attacks the VP has faced from his juniors, Messrs. Minister Moyo, Kasukuwere and Zhuwao, have been with the blessing of the principal Mugabe.

Moyo for example has always said Mnangagwa must not take over because he had a hand in the forgotten Genocide of the Ndebele people in the 1980s. But of course, he “forgot” that Mnangagwa, the Minister of State Security at the time, was divorced from proceedings.

Sekeramayi, the chosen one, was the Minister of Defence, and therefore, together with Mugabe, the two men who were responsible for the state orchestrated genocide.

Yet that may not be a disadvantage.

No one has clean hands in Zanu-PF. Grace Mugabe was often rejected by hardliners in Mugabe’s party who felt she had no liberation credentials, and was junior to Mnangagwa by miles.

But Sekeramayi is not too far off. He has the credentials, and doubles up as a “relative” of the Mugabes, while hailing from the same tribe. He is the perfect miniature Bob.

Mugabe’s guns are in order. His children are set to control the state-owned enterprises (parastatals), and therefore control the money, and it is common cause that in a failing state, the rich control the powerful.

As for the powerful, well, Mugabe has his own replica of his Vice President. He has his clone in Sekeramayi, and will eat into his VPs backyard.

For such a long time the world wondered who Mugabe’s successor was. He has answered that question; his wife, his nephew, and his tribal boys.

His guns are set. His game is in motion, and the Vice President Emmerson Mnangagwa and the Zimbabwe Opposition will do well to devise a way to fight it.

Caught napping, Zimbabwe may well be a dynasty, well before the elections in 2018. DM

Maynard Manyowa is a contributing Editor of Khuluma Afrika, a centre for analysis and investigative journalism.