ANC PolCon Reporter’s Notebook: Lots of views but not a solution in sight 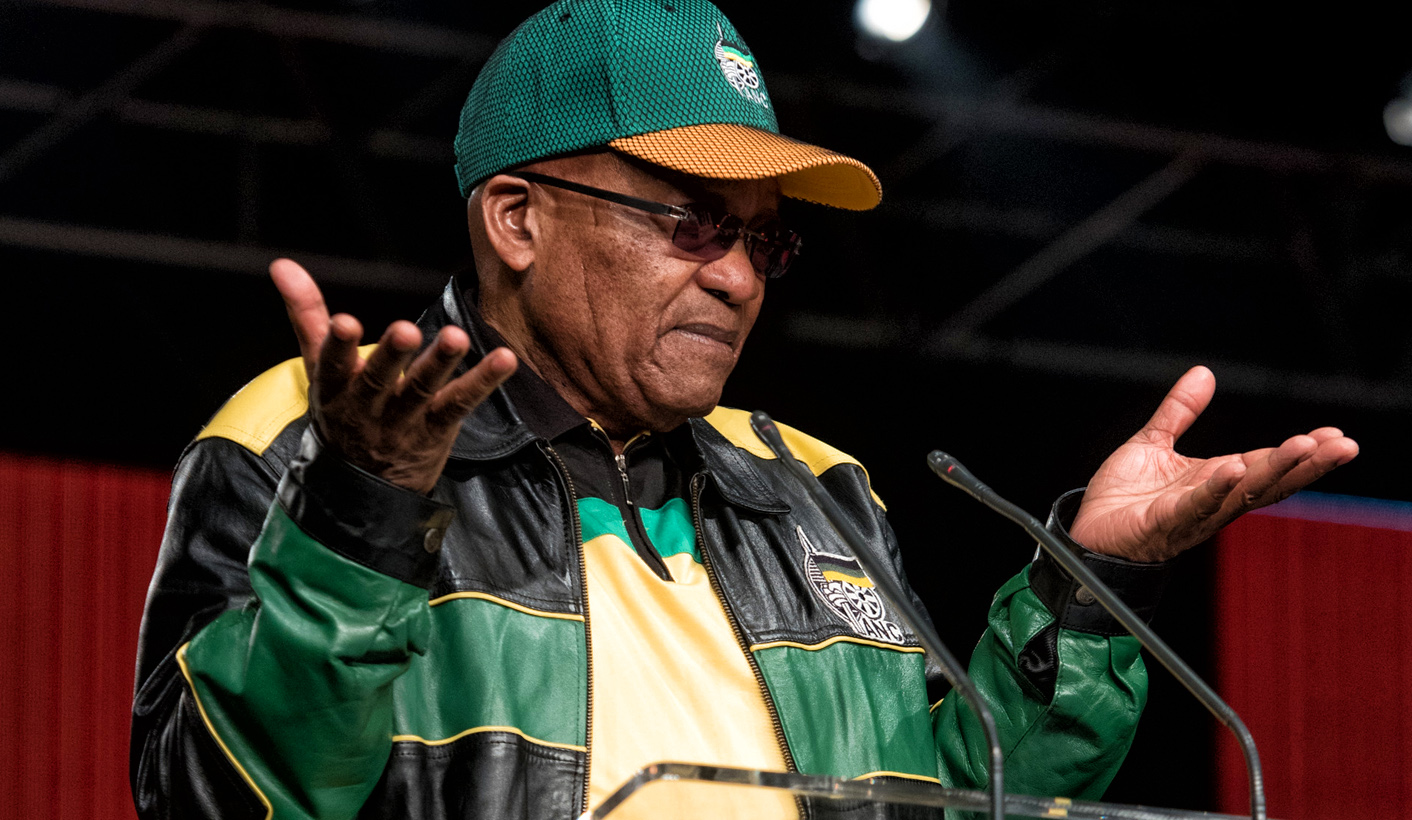 The thing that is missing from this policy conference –it’s been critique after critique, criticism after criticism of the present intelligent analysis of why our “now” is so horrific – is the solutions, the ideas, and suggestions that will actually lead to change. By STEPHEN GROOTES.

Day Four. Really, day four? Normally these things are pretty much over already. After about day three of a big conference anywhere, people start to get grumpy. You’ve met who you want to meet, won or lost whatever you were going to win or lose, and then you leave. To make a conference over six whole days pretty much turns it into a test of strength – can you stay awake for long enough to win?

At least, I thought, as I traipsed into the main conference area dark and early in the morning, we were getting a clearer picture of things. The ANC in KZN, North West and probably the Free State were sharing their views on radical economic transformation, the desire for Nkosazana Dlamini-Zuma etc. And people from Limpopo and Gauteng were disagreeing with them. To throw it all together and try to come up with a political equation appears to make the ANC’s leadership race look like this:

In the Zuma camp, almost for definite, we have the Free State, North West and KwaZulu-Natal. KZN, of course, is split. But for the moment Sihle Zikalala is giving a good impression that he has things under his thumb. We’ll know much later in the year how true that is. Then in the Ramaphosa camp we have Gauteng (apart from, say, Mzwandile Masina and a few of his fellow-travellers), the Western Cape and the Northern Cape (which are tiny), and then the Eastern Cape. The Eastern Cape is not necessarily unified either, but it’s looking like it will go predominantly for Ramaphosa. At some point in the morning a copy of one of the special editions of the Mail & Guardian landed on a desk near me. It wasn’t my desk, but I expropriated it (without compensation). It suggested that Mpumalanga Premier David Mabuza had now rejected a call for the expropriation of land without compensation. Huh? As the leader of a rural province you would think that it’s obvious he would go the other way.

It does make you wonder if this entire contest is going to boil down to Mabuza. The one thing he seems to have in his pocket is a unified province. And if that is the case, then it will be quite easy for him to pick a side, and thus pick a winner. And if he is in that position, then the price he can extract will be very high indeed. In other words, he can hold out for the position of Deputy President.

You can imagine the dilemma for Ramaphosa. Mabuza does not have a great track record. He is, so far, the only premier in this country to have managed to have a journalist arrested. And some of the politics in his province, which he has led for years, is brutal. He appeared to be incredibly unwell for months, and was not seen in public. The SACP in his province, often a good yardstick of the level of corruption in a rural area, simply cannot stand him. It has decided to give up and push for the SACP to contest power on its own in the next elections.

Mabuza, as possible Deputy President, is unlikely to win votes in the hotly contested urban areas. Particularly in Gauteng, which is going to be the hot battleground of #2019. And Mpumalanga itself has seen the share of vote won by the ANC starting to drop (but it’s a relative drop, it’s still above 70%).

Key to this has been discipline. On all sides. But it only takes one small thing for it all to slip. And this could start to come during the actual commissions. If you look at the chairs of the commissions, you can see that almost all of them have been there for several years. In other words, the chair of the Economic Transformation Commission is still the ever-establishment Enoch Godongwana. He is not someone who will be on the radical economic transformation or white monopoly capital side of the arguments here.

This is important. In 2015, during the party’s National General Council, at the briefing on his commission, he had to announce that “consideration shall be given to instituting a wealth tax”. His teeth could have not have been more gritted. He obviously thinks it’s a bad idea. So, what’s to stop him doing exactly the same thing when he has to announce to the world what the decisions are this time around.

In other words, as always with the ANC, one of the problems on that final evening of the conference may well turn out to be that while people are coming out and telling us what delegates have decided, we still actually won’t know what, well, delegates have decided. That’s how complex, difficult and just downright strange things are in the ANC at the moment, so much smoke is there in the air, that actually, everything has simply taken on an odd haze. It’s wonderful, at the moment, to have so many people coming out and talking. But all they’re doing is giving their view. We can do the maths and work out the provinces and examine Mabuza’s situation, but that’s all we can do. It is still not the complete picture.

Gwede Mantashe was in good form on Monday morning. He still manages the human touch that is so important in the complex and contested and collegial relationship between politicians and hacks. He referred to an unfortunate situation that I have found myself in over the last few days and found a way to be human, caring and political all at once. He’s always been against both violence and racism in all their forms, and it showed.

As I was leaving the conference on Nasrec Road I saw an old cardboard placard still tied to a dustbin. “Coca-Cola must fall”, it read. It appeared to reference a situation where people who used to work as drivers for the company were outsourced, and lost a huge amount of money as a result.

And then it struck me. The thing that is missing from this policy conference –it’s been critique after critique, criticism after criticism of the present, intelligent analysis of why our “now” is so horrific – is where are the solutions, the ideas, the suggestions that will actually lead to change?

Changing the Reserve Bank mandate is not a solution, it’s a shortcut to a spending splurge and then disaster (I repeat, ask any Zimbabwean). A referendum on land expropriation will achieve nothing without a proper plan on what to do with land, where is the discussion about what is the actual aim, whether it be to give everyone who was dispossessed a piece of land, or money, or a symbolic restitution or a stake in the middle class? And in the end, where are the proposals to restructure our economy that do not just involving taking. Where is the generation of wealth? Where is the creation of businesses and jobs?

In short, what is on the table at this conference that will increase the sum of the happiness of all South Africans? DM