Op-Ed: Elite struggle over Zuma is making weapons against the poor 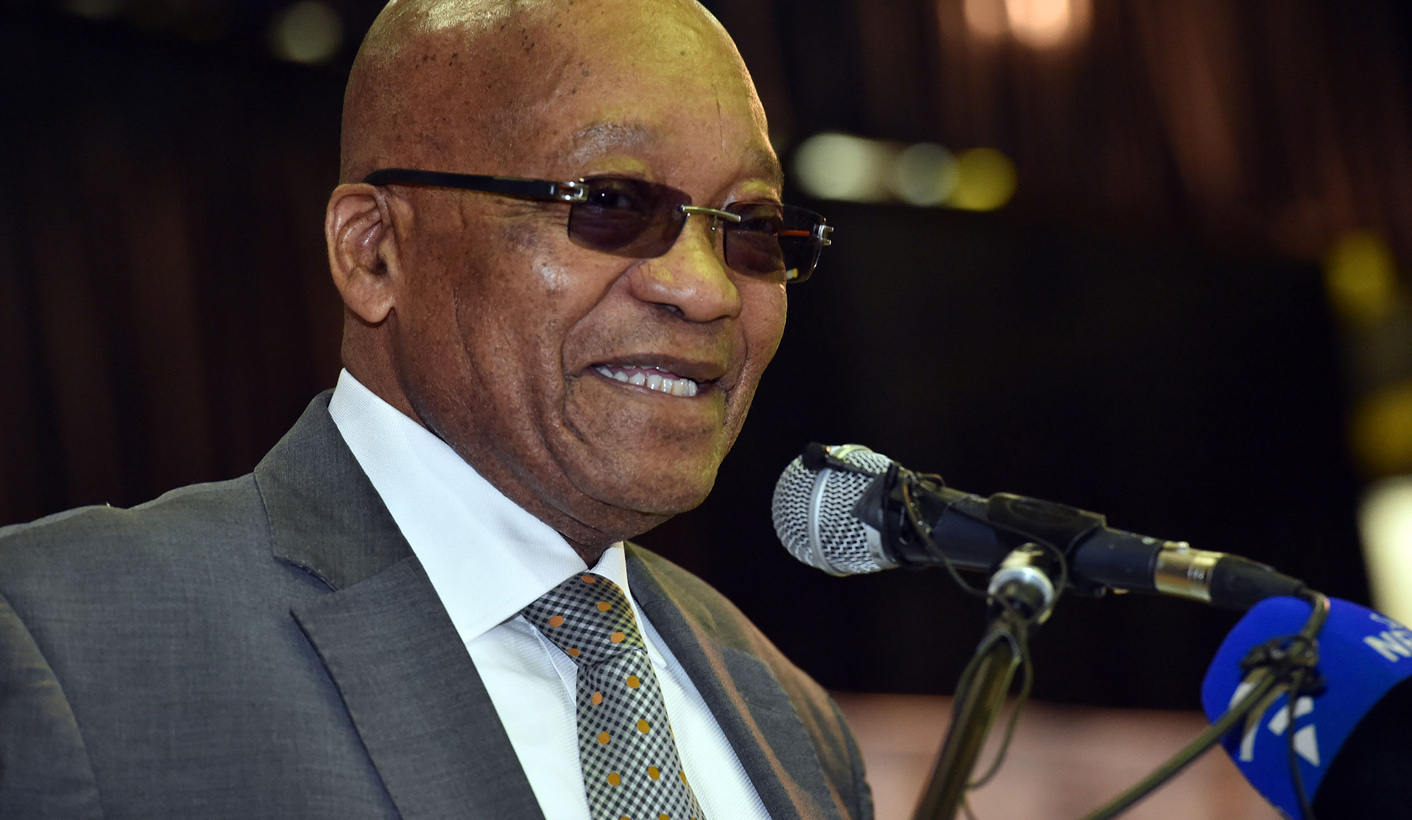 Anti-corruption politics in South Africa are now decisively focused on Jacob Zuma’s removal. It is not our intention to legitimise him. Governing requires a measure of disinterest in oneself and distance in balancing the interests of others. Zuma’s indiscretion in giving ample circumstance to claims that he is acutely self-interested and heinously partial means that he is incapable of governing. By RYAN BRUNETTE, PATRONELLA NQABA, JOEL PEARSON AND MOSA PHADI.

Yet, as the historian Livy famously suggested that amid the corruption of the Roman Empire, it may be that we can endure neither our vices nor their remedies.

Sociologist Manuel Castells asserts that “scandal politics is the weapon of choice for struggle and competition” in the information age. It is a weapon that has been used against the progressive values that underpin post-1994 South Africa. It has been a factor in toppling the moderate socialist governments of Gonzalez in Spain and Rousseff in Brazil, among others. It played its part in giving the world extreme cases of regression, such as Brazil’s anti-social Temer and India’s far-right Hindutva, Narendra Modi.

Anti-corruption politics serve such regressive goals when it personalises systemic corruption. It does so when it constructs the relevant people as deviants, criminals and outlaws, thereby removing them from legitimate public participation. To achieve this, it relies on the partisan politicisation of what should be credible sources of information in the news media and the academic profession. And anti-poor political tendencies benefit most, since they have more resources to set this weapon in motion.

South Africa presents clear signs that this weapon has been mobilised. The anti-corruption agenda is personalised around Zuma and his close associates. The Zumaist political programme, expressed as radical economic transformation, is predominantly viewed as mere opportunism and placed beyond legitimate public debate. Rather ineffectively, the Zumaists have attempted to turn this weapon in the opposite direction, for instance through the politicisation of the Public Protector, now concerned with investigating and exposing corruption in the National Treasury. From all sides, news media and academia have increasingly taken on partisan orientations, largely failing to offer information that enlightens from wide angles.

In fact, Zuma is at the head of a mass political tendency. He expresses a radical, right-wing or capitalist Africanism, one that emerges from prominent black business and professional associations and parts of the African National Congress party machine. Instead of debating and analysing this tendency’s merits, anti-corruption politics shifts discussion to whether it is legitimate at all. Our contention is that this is an illegitimate, disenfranchising move.

Anti-corruption politics is also increasingly the vehicle for another political tendency. Given its need to build a broad coalition, this tendency expresses a moderate non-racialism or a social liberal Mandelaism. But for many, especially younger South Africans, these expressions can barely be connected to their realities. This political tendency, instead, is rooted firmly with an elite, comprising the businesses and professionals that have been the primary beneficiaries of the post-apartheid regime.

Both anti-Zuma moderates and Zumaist radicals have co-ordinated sophisticated media campaigns to keep their narratives alive. These have been premised on “public spectacles”: rallies, marches and counter-marches, court cases, press conferences, seminars, pickets, sleep-outs, occupations, church services and funerals. More worrying is the crescendo of tactical leaks, revelations and political statements, often overwrought in their coverage, and transparently collaborative efforts of politicians, activists, editors and journalists. The polarised discourse around Zumaist ideas has limited alternative visions for the country.

Of course, Gupta news is not founded on journalistic integrity. However, as Stefaans Brümmer, Sam Sole and Branko Brkic noted with the initial #GuptaLeaks, the moderates equally push the boundaries of journalistic ethics.

The unfolding story across newspaper pages, satellite news stations, talk radio, panels of experts, online streams, memes, tweets and Facebook posts generates nervous excitement, anxiety and red-misted public outrage. Our conceptual universe is populated with unhelpful hyperbole. Zumaists insist that institutions like the National Treasury and the South African Reserve Bank have long protected the interests of “white monopoly capital”. Their alternative is a “radical economic transformation” that offers nothing but patronage-bound “business opportunities” to the mass of the country’s poor.

Among moderates, the terms white monopoly capital and radical economic transformation are rejected as ideological hokum. In the same breath, we are bluntly introduced to the “mafia state”, the product of a “silent coup”, the result of “state capture”, leading to “state failure”. Many of these odious soliloquies are delivered with thinly veiled racism, using long-expired terminology once applied to post-colonial African states. Others only intend to sanitise opportunists with their own pasts, no doubt positioning for the next round of primary accumulation. They strongly protect the National Treasury and move it beyond reproach, outside of politics – the demonstrably anti-poor effects of its business-friendly economic approach remain uncritically ignored.

In this context, public intellectuals and academics have been preoccupied with the discourse of newspaper headlines. They reproduce this terminology. They reinforce conceptual subversion, labelling the previously corrupt as manifestly incorruptible. Increasingly, they are hitched to the political agendas of the competing elites. Mahmood Mamdani warned of this eventuality in his recent Africa Day lecture. Certainly, the current climate forces us to be part of these ongoing struggles. Yet to participate fully is not to do so unconditionally. It is also to do so ethically and critically.

It is the case, for instance, that both elite groups claim to be for the poor, but neither is concerned about giving power to the poor. Instead, they are making weapons to use against poor people should they come into power. DM

The authors, Ryan Brunette, Patronella Nqaba, Joel Pearson and Mosa Phadi, are researchers at the Public Affairs Research Institute (PARI). They write here in their personal capacities. The positioning of their names in alphabetical order indicates that this statement has been equally the work of all of them. However, as a collective work, compromises have been made, so neither does this fully reflect the views of any of them.