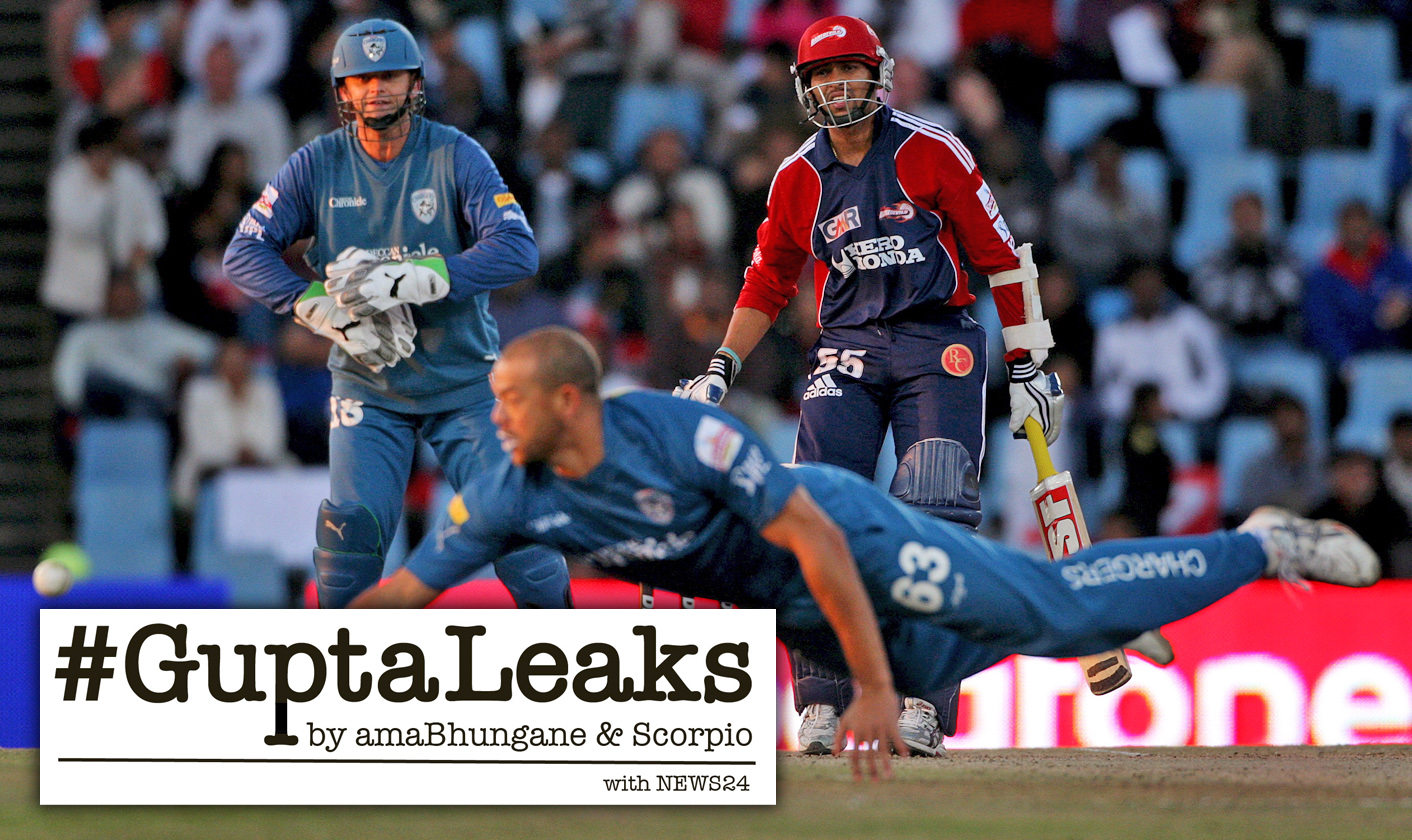 Leaked emails show that a visa application for somebody connected to the Delhi Daredevils cricket team was expedited when the side made it to the semi-finals of the Champions League T20 in South Africa in 2012. But only after he contacted Ajay Gupta directly. By SCORPIO and AMABHUNGANE.

Much has been written about Malusi Gigaba’s time as Home Affairs Minister. Particularly how a senior Gupta employee, Ashu Chawla, repeatedly asked officials to fast-track visas to benefit Gupta businesses. Now further leaks show that these officials were pulling even before he took up the post.

The Gupta family’s love for cricket is well known. Their company, Sahara, had key sponsorships at a number of South Africa’s most loved cricket grounds. More details of their relationships with cricket officials will be revealed at a later stage.

But this particular incident is about more than cricket. It once again asks serious questions about the influence the family has been able to yield at a number of South Africa’s government institutions – and under whose watch it happened.

This story is a senior official with an Indian Premier League (IPL) team who contacted Ajay Gupta directly when South Africa hosted the now defunct Champions League T20 in 2012.

The tournament that shifted from India to South Africa took place in May that year and the qualified teams knew months beforehand that they would need to follow due process. Yet, it appears a gentleman by the name of Amrit Mathur, using a private email with a Delhi Daredevils signature, saw no need for such protocol – having friends in high places.

The only Amrit Mathur linked to the Delhi team is the COO. On 17 October 2012, seven days before the Delhi Daredevils were due to play the Highveld Lions in the semi-finals of the tournament, he sent an email to Ajay saying: “Need your help to get a visa quickly for SA for the CLT 20. Can I get in touch with some official in the High Commission in Delhi ?” [sic]

The next day, Mathur also emailed Ronica , who at the time was Oakbay’s financial director, saying:

“Appreciate your help to expedite grant of .”

“I would ideally like to travel to South Africa night of Saturday 20th October. Let me know the way forward, if I have to contact someone in Delhi after you have put in a word. [sic]”

Chawla requested a few documents and within a couple of days Mathur’s visa was granted, with a note that it was ready for collection from “security at not VFS”. VFS is the intermediary for visa applications.

After his return from the Champions League, Mathur again emailed Ajay, thanking him for his assistance.

It is not clear from the email correspondence how the two know each other. However, the family did play a key role in bringing the IPL to South Africa in 2009. It seems Mathur knew that the Guptas had friends in high places.

These timelines paint a curious picture. The request was made just a few weeks after Nkosazana Dlamini-Zuma abandoned her post as Minister of Home Affairs to take up the African Union job. Naledi Pandor was running the department at the time.  It seems as if though this particular visa was processed at the South African High Commission in Delhi, though. That in itself raises a whole different question.

• Scorpio is the Daily Maverick’s new investigative unit. If you’d like to support its work, click here.

• The amaBhungane Centre for Investigative Journalism is an independent non-profit. Be an amaB supporter to help it do more. Sign up for its newsletter to get more.