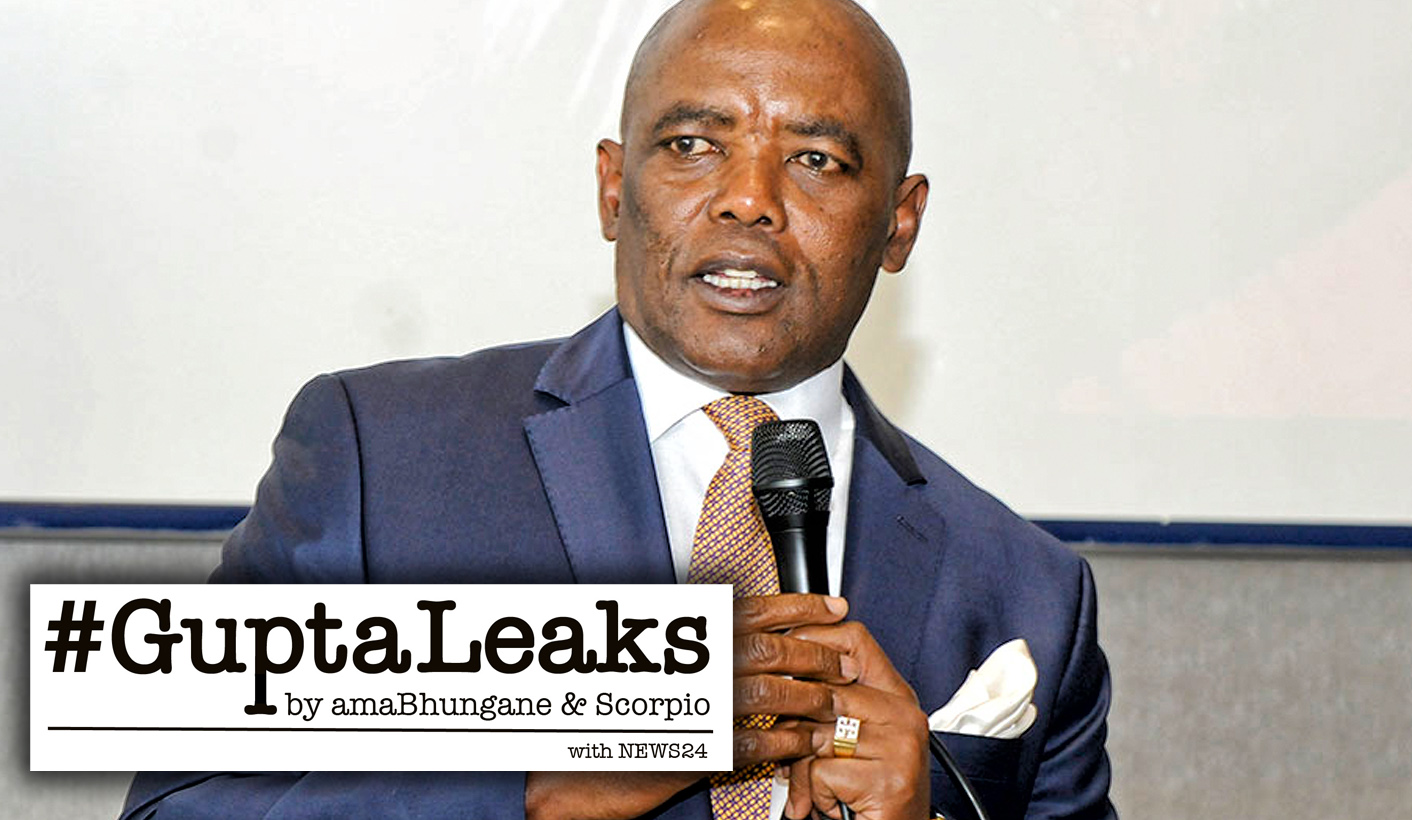 The government official who helped the Guptas obtain permission to land a private jet at Air Force Base Waterkloof has been using his position as South Africa’s ambassador to the Netherlands to negotiate business deals on behalf of the controversial family. By NEWS24.

New information from #GuptaLeaks indicates that Bruce Koloane, who got his diplomat job after being suspended as chief of state protocol at the department of international relations and cooperation (Dirco), also forwarded information on the base directly to Gupta lieutenant Ashu Chawla around the time of the 2013 Waterkloof debacle.

The #GuptaLeaks also show that:

Correspondence between Koloane, the owners of Dutch company KPG Greenhouses and Rajesh “Tony” Gupta suggests Koloane used his position as ambassador to help the Guptas clinch business deals in the Netherlands.

In July 2015, KPG Greenhouses’ Marco van ’t Hart sent an email to Koloane’s official embassy email address and CCed Herman van der Kroef, the department of trade and industry’s representative to the Netherlands, in the email.

“Thank you for visiting our company in Maasland. In the meeting you asked if we would consider to sell our company for at least 50% and if we would be interested to start a production site in South Africa,” he wrote.

It is clear from the email that Koloane and Van der Kroef were representing someone else’s interests during their visit to the company, situated a 30-minute drive away from the South African embassy in The Hague’s city centre.

“…for this your investor can better talk too Mr Koppert himself (sic),” wrote Van der Kroef, referring to KPG Greenhouses’ owner, André Koppert.

A day later, Koloane forwarded the email to Tony, the youngest Gupta brother, saying, “As promised”.

Koloane’s bidding set in motion protracted negotiations between Tony Gupta and Koppert, although it is not clear from the emails whether a deal was clinched.

Later in July 2015, Koppert emailed Tony Gupta to enquire about the family’s intentions and Gupta replied: “Dear Mr Andre, thx for your mail. Our group is very diversely invested eg OAKBAY resources, Sahara computers, JIC mining services, The new age newspaper etc. we are looking to invest in agriculture sector (hydroponic) so we are looking to takeover or invest in your company also… (sic).”

But Koppert apparently was not keen to sell such a large stake in his company.

He did, however, suggest that KPG Greenhouses and the Guptas explore opportunities together to invest in a greenhouse manufacturing facility in South Africa.

Tony Gupta, though, was not overly excited by this offer, responding in late July 2015:

“Honorable Mr. Koppert, thx for your mail and sorry to delay my reply. I will not be keen for your below mention idea… Once again thanks (sic).”

Tony Gupta and Koppert kept in touch throughout August and September to try to set up a meeting, but it is not clear from the emails whether they ever did.

A month after Koppert and Gupta had exchanged emails, Koloane again made contact with a member of the Gupta business network, this time to help two of his friends score a weekend stay at the Guptas’ luxury Clifftop Lodge in the Welgevonden private game reserve in Limpopo.

“Please find forwarded an email confirming arrival dates for my friends from the USA. Brother Tony has asked that I forward you the info so that you can make arrangements at the Lodge for a game visit. (One couple) Please check with him on this matter and confirm reservation with me by email and please copy Chelsea Jennings as well (sic),” Koloane wrote to Chawla in August 2015, using his Yahoo email account.

A few days later, Chawla responded to Koloane with an email that included a PDF document for the booking at the lodge, saying:

“Dear sir. As discussed here is the booking attached for your reference (sic).”

The document indicates that Jennings and her partner stayed at Clifftop for two nights in September 2015. Their stay included three meals and two safaris and from the booking it appears that they were not charged.

Koloane’s relation to Jennings is unclear from the emails.

News24 sent queries via WhatsApp to a cellphone number she included in an earlier email to Koloane. The messages appear to have been read, but Jennings did not respond.

In October 2013, barely six months after Koloane helped the Guptas secure the Waterkloof landing, he received documents from one Funokwakhe Cedric Xulu detailing a study done on a prospective coal mining site near Empangeni, KwaZulu-Natal.

The study was conducted at Xulu’s request by Pietermaritzburg scientist Chris Whyte, and details the viability of coal mining in the Mpisi prospecting area.

Koloane subsequently forwarded the study and other documents on the Mpisi coal reserve to Chawla.

The #GuptaLeaks trove shows that Chawla eventually forwarded the documents to Tony Gupta in March 2014.

Whyte confirmed he had compiled the study and was commissioned by Xulu. He said he had no idea the report would end up with the Guptas.

Xulu did not respond to an SMS and did not answer his cellphone.

The #GuptaLeaks contain further details about Koloane’s direct communication with Chawla during the planning of the Waterkloof landing of the chartered Jet Airways plane carrying guests to the Sun City wedding of the Gupta brothers’ niece, Vega.

In February 2013, Chawla emailed Koloane, then chief of state protocol:

“AFB Waterkloof ILS/VOR (WKV) is out of service form 4 March 2013 until the end of April 2013 for a new system. In bad weather aircraft must plan to divert. SID/STARs will not be able to perform when ILVS/VOR is unserviceable (sic).”

Koloane then forwarded her message to Chawla.

According to the string of emails, a “flight information manual” for Air Force Base Waterkloof was also sent to Chawla by a Sahara Computers employee called Sandeep. But this exchange only occurred in June of that year, after Vega Gupta’s wedding, and it is not clear whether this document originated from Koloane.

A spreadsheet containing the names of about 260 guests for Vega Gupta’s wedding at Sun City also suggests that Koloane attended the lavish affair, and spent three nights at one of the resort’s hotels with an unknown guest.

According to the document, which appears to reflect invitees who had RSVPed by April 22, “Vusi B Koloane” was marked as “attending”. The spreadsheet indicates he and a partner were to stay at Sun City for three nights.

News24 made numerous attempts to obtain comment from Koloane and from Dirco spokesperson Clayson Monyela, but no responses were forthcoming. DM