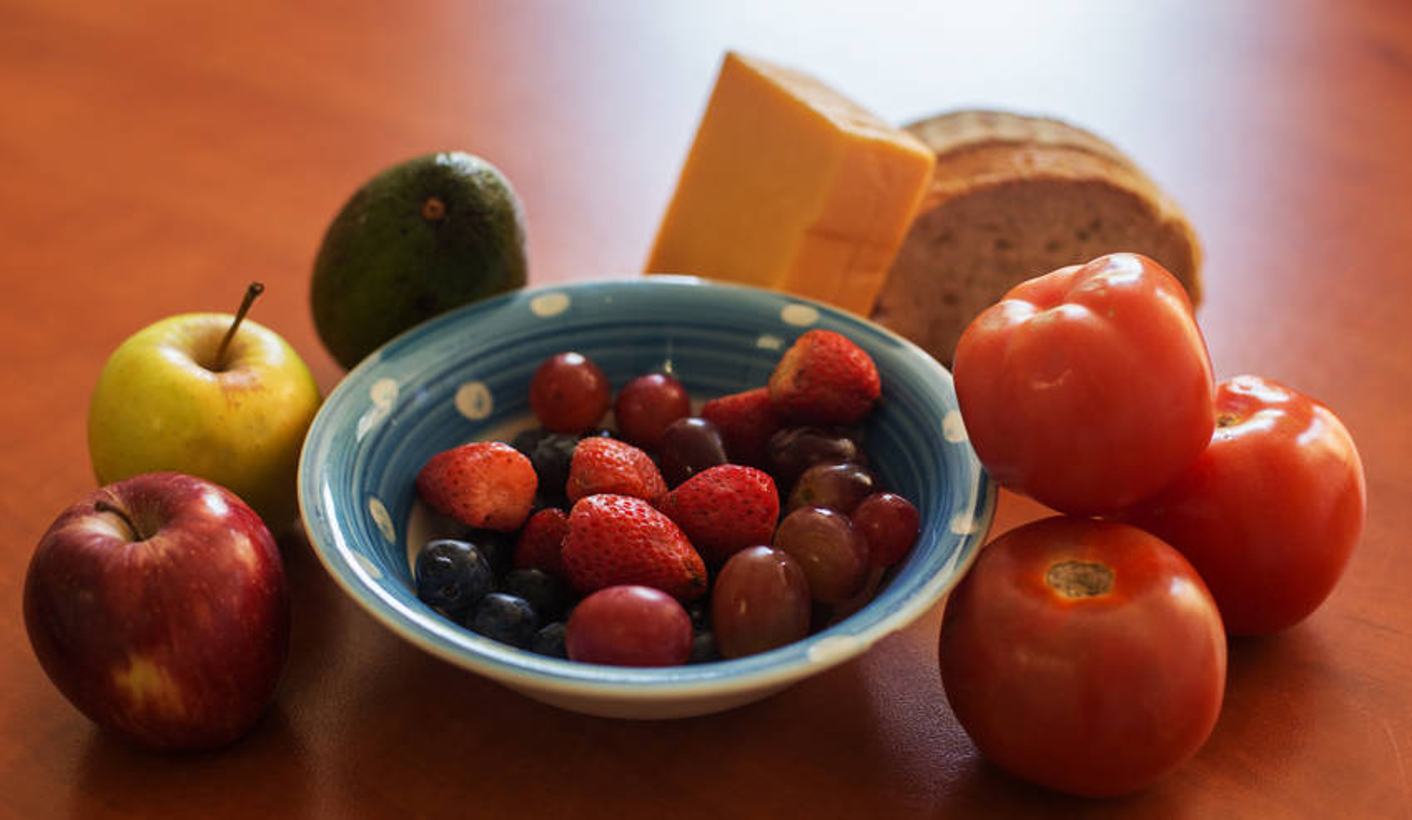 The latest major health survey from Stats SA reveals that only 23% of South African toddlers are fed a diet considered to be adequate in terms of child nutrition. This is a figure which should concern us all: its implications for the future development of this demographic cohort are frightening. As a new book by agricultural economist Dr Tracy Ledger makes clear, at the heart of the country’s hunger crisis is the government’s failure to rein in the rampant profiteering of big food retailers. By REBECCA DAVIS.

The South African Health and Development Survey, released on Monday, puts it starkly. “In total, only 23% of children age 6-23 months have met the criteria for a minimum acceptable diet.”

The consequences of having the majority of a generation not receiving adequate nutrition in early childhood are almost certain to be dire. Poor nutrition leads to stunting, which a recent Daily Maverick article points out is an endemic problem in South Africa.

Stunting is associated with irreversible damage: slow cognitive development and higher risks of illness and early death, because being stunted as a child increases the likelihood of being obese later in life.

In her new book An Empty Plate, agricultural economist Dr Tracy Ledger sums up the situation as follows: “The inability to access sufficient quantities of nutritious food is the best guarantee that the most marginalised children in this country – those who are poor and who are black – will graduate into a bleak future: struggling to learn in school and thus unlikely to receive a good education, burdened by disease that will make it more difficult to earn a living, and an early death.”

An Empty Plate is not just a meticulously researched account of South Africa’s hunger problem, but also a call to arms: an invitation to South Africans to revolt against a food system which has seen supermarkets retail food products at skyrocketing prices with little consumer resistance.

When the Farmworkers’ Revolt happened in 2012, Ledger notes, the Bureau for Food and Agricultural Policy commissioned nutritionists to produce a report which found that “a fairly modest, but still nutritionally balanced, diverse and calorie-sufficient basket of food” would cost just over R7,000 a month for a family of two adults and two children. This price tag is laughably unachievable on a farmworker’s salary of R105 a day, which was the sectoral determination that government arrived at after the protests.

“But the really puzzling thing was that no one asked this seemingly obvious question,” Ledger writes. “Why is it that farmers cannot afford to pay a decent wage because they get such a low price for their produce, but farmworkers go hungry because food is so expensive?”

The answer to that is the mark-up by huge retailers: in 2013, farmers were getting R2.50 per kilogram of potatoes, which were being sold in shops for about R9.60. The profits of huge supermarkets, Ledger says, have been growing based on “a steady increase in the difference between what farmers get paid and what consumers pay for food”.

Understanding how government has stood by and allowed this to happen requires a brief foray into history.

White farmers were particularly cosseted under apartheid, for two reasons. “The way in which electoral areas had been demarcated meant that a relatively small group of farmers had significant voting power,” writes Ledger, so it was in government’s best interests to keep them happy. In addition, international isolation as a result of sanctions meant that food self-sufficiency was a key focus for the government. White farmers were thus given enormous support, with agricultural prices fixed by the government for decades.

Deregulation had many negative consequences, however: increasing imports, lowering profitability and making it more difficult for small emerging farmers to enter the market. Without the old agricultural boards setting retail margins and carrying out regular inspections, the price of basic foodstuffs began to rise, in tandem with a drop in health and safety standards.

Ledger notes that she is not suggesting that the old system of subsidies and marketing control be maintained, because it was unaffordable and prioritised farmers too heavily. “But its wholesale dismantling and replacement with essentially nothing has not been in our (society’s) best interests,” she writes.

Food security, she suggests, is not a priority for the government and rarely features as one of the key issues in political debate. One of the reasons may be that deaths resulting directly from starvation in South Africa are rare; but that does not mean that hunger is not real. Ledger notes that government does not provide any official definition of food insecurity – or hunger – in South Africa, so it is very difficult to know how many hungry people exist here. A Food Security Bill received mentions in Parliament in 2002, but mysteriously vanished.

Living in rural areas no longer guarantees you access to food; in fact, the opposite is often true. “It is money and not proximity to agricultural output that largely determines who eats and who does not eat,” she writes.

Cheap ready-made food is often favoured by families because it is more affordable than the relative costs of cooking a meal. Fried chips, a loaf of bread and a litre of soft drink costs around R50 and feeds four or five people. “It is certainly not a nutritious meal, but it makes your stomach feel full and the sugar and carbohydrates provide a chunk of the day’s energy requirements”, Ledger notes. That people would opt for such an unhealthy meal is not out of ignorance, as previous surveys have shown. It is simply because price has to be the main criterion one uses to plan a meal, ahead of nutritional concerns.

Without government regulation, those prices have been spiralling, with the proceeds going into a very small number of coffers. It’s estimated that 97% of formal retail food sales in South Africa go through the so-called Big Four of supermarkets: in descending order of market share, Shoprite, Pick n Pay, Spar and Woolworths.

“In the absence of state-mandated producer prices, regulated retail margins and retail process (or any real resistance from consumers), the food companies have simply taken this food-pricing authority for themselves; and they have used this power to extremely good effect to benefit themselves,” Ledger writes.

The discrepancy between what farmers are paid for food, and the price that retailers sell it at, is now so absurd that Ledger recounts meeting maize farmers who were ready to give up “because the money that they earned from farming and selling maize was not enough to pay for the community’s annual maize-meal consumption”.

Government is increasing the power of big retailers in ways other than stepping away from regulation of the food system. Spatial development in modern areas, Ledger points out, prioritises “the kinds of [retail] places that have big supermarkets as their tenants”. Farmers’ markets are generally private initiatives which often cater for the wealthy; small traders are being driven out of cities.

A prime example of what Ledger is talking about is the ongoing battle over the Philippi Horticultural Area, which would see high-value agricultural land transformed by the City of Cape Town into a mixed-use development “anchored by a couple of big supermarkets”.

A lack of public transport investment by government also plays its role in the dominance of supermarkets: small farmers have no means of transporting food from nearby farms to consumers without using private bakkies or the like.

The government’s attempts at addressing the problem of unaffordable food have focused on the wrong elements, Ledger suggests: for instance, instead of making food more affordable, it has sought to increase people’s incomes to match food prices. There is also an assumption that producing more food will automatically address hunger: in fact, that hungry people should be responsible for producing their own food.

Ledger says she often confronts the attitude, generally from people who have never experienced hunger, that food security problems would be solved if more people grew their own vegetables. Nonsense, she says. “It is impossible to meet a family’s dietary requirements from what can be grown in a small back yard, which is the most common available option (when there is any land at all available,” she writes.

In addition, most households have limited supplies of water; some provinces have very limited growing seasons; theft from gardens is a constant problem, and “vegetable gardening is hard work, which requires calories”.

Why is there no large-scale citizen resistance to the food system? The exception to the norm was the march organised by the Food Sovereignty Campaign in Johannesburg in 2016 in protest against the increasing price of bread, and corporate collusion in that industry. These instances of food activism are rare, in a country with no shortage of protests.

Again, Ledger suggests that part of the problem is that South Africans see their low incomes as the problem rather than high food prices. But a certain fatalism also seems to prevail: “The lack of direct resistance and protest around our food system seems to suggest that the vast majority of South Africans do not believe that anything can be done to change it, that the system we have is somehow inevitable or that there is no real alternative.”

This may be because many South Africans imagine that the alternative to the current system is “Soviet-style state control”, which Ledger dismisses as nonsense. The real alternative is an agri-food system built on human morality rather than economic morality. A start, Ledger suggests, could be the establishment of an Agri-Food Policy Council to provide a coherence to work on food security which currently does not exist. Such a council would need to review the Marketing of Agricultural Products Act: the legislation which currently prevents government from intervening in agricultural markets.

Small-scale farmers require government support in the form of guaranteed water access, small amounts of capital, and technical support to get their products to the market. Existing competition legislation should also be addressed with respect to food. Ledger cites the example of a binned Australian bill which would have required retailers to display alongside each other the producer price and the retail price of fruit and vegetables.

“Food is not just central to whether we live or die; it is also central to our personhood, our place in society and our fundamental notions of who we are,” Ledger writes.