Analysis: How South Africa’s violent notion of masculinity harms us all 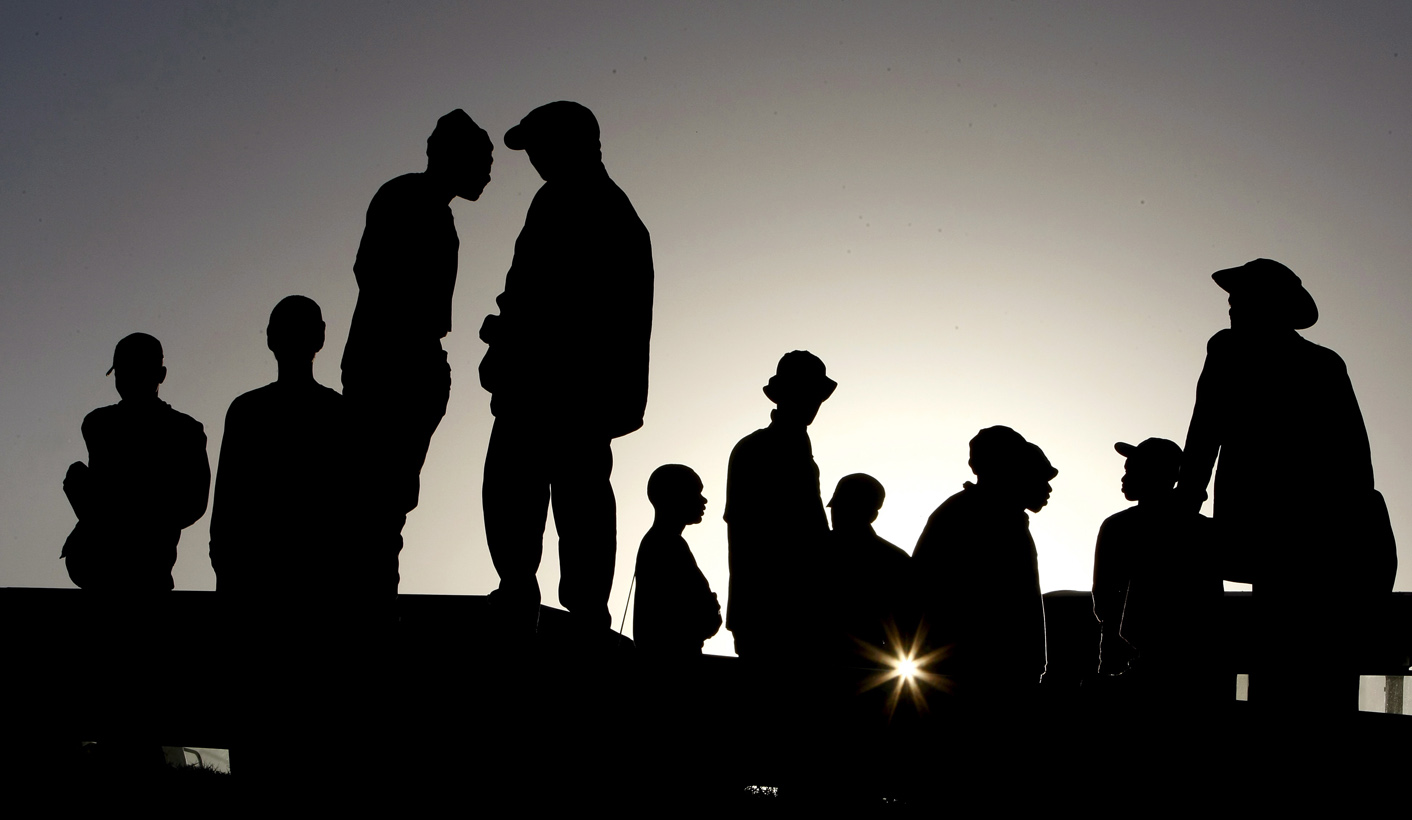 A glance at the court roll for Wednesday, May 10, 2017 reveals – for the thousandth time – that something is very, very wrong in South Africa. Across the country, across race, age, and class groups, an epidemic of male-perpetrated violence is taking place daily. Its victims include women and children, but they are predominantly other men. The time for a national conversation about how to disentangle masculinity from violence is long overdue. By REBECCA DAVIS.

On that day, a 22-year-old man made his first appearance in the Johannesburg Magistrate’s Court. Until recently, he was an assistant boarding master at Parktown Boys High School, and also a water polo coach. He is described as a former “star water polo player” at the school, and a “popular staff member”. After surveillance footage emerged of the man allegedly fondling the genitals of a Grade 10 pupil, other pupils have come forward with damning accusations against him.

He now faces charges of having sexually assaulted at least 20 male pupils and raped one.

Just down the road on the same day, in the Johannesburg High Court, the murder trial of George Barkhuizen was set to begin. In June 2015, Barkhuizen’s wife Odette was killed after being shot twice outside her office, in the head and chest. The crime was initially considered to be a hijacking, but suspicion subsequently fell on Barkhuizen after it emerged that he had allegedly taken out life insurance on his wife worth R7.5-million a few weeks prior to the attack, together with allegedly emailing the insurer to confirm that they would pay out in the event of her death during a hijacking.

One of Barkhuizen’s sons told journalists that his mother had suffered lengthy abuse at the hands of his father. “He has thrown screwdrivers at her, and hit her on the head while she was pregnant and even while he was driving,” he was quoted as saying. “My mom said she was scared to leave him because she was afraid he would kill someone or her.”

In Cape Town, another murder trial was continuing on the same day. In the dock was 22-year-old Henri van Breda, accused of having slain with an axe his parents and brother, and seriously injuring his sister, in January 2015. Police have no other suspects, and there was no sign of forced intrusion to the family home, though Van Breda’s defence team has thus far sought to suggest that an external invasion was possible.

At the Mitchell’s Plain Magistrate’s Court that same Wednesday, the bail application of 31-year-old Randy Tango was set to resume. Tango is accused of having raped and killed 11-year-old Stasha Arendse in late March. Tango was the child’s neighbour, and allegedly used accomplices to lure her from a friend’s house where she had been watching movies. Arendse’s naked body was subsequently found dumped on a nearby soccer field.

At the time of the crime, Tango was out on parole after serving time in prison as a convicted rapist. Police have described the case against him as “watertight”.

Howard Oliver was expected in the dock at the Cape Town High Court on the same morning. Oliver, 28, is charged with the rape and murder of 16-year-old Franziska Blochliger, attacked while she was jogging in Tokai Forest in March 2016. Oliver has admitted attacking and robbing Blochliger but denies raping and killing her. According to News24, he told the court on Wednesday that on the day of the crime, he “finished work and decided to rob someone”.

At the Khayelitsha Magistrate’s Court that same Wednesday, two men – Thabo Titus and Thabiso Mshanguta – were in the dock, charged with the murder of four-year-old Iyapha Yamile. The child’s body was found in a plastic bag close to her home last week.

Some distance away, the Riversdale Magistrate’s Court on Wednesday continued to hear the case against 22-year-old Pieter le Roux. Le Roux is accused of having beaten to death his mother, 55-year-old Fransiena van der Merwe, with a blunt object last year. It is alleged that the 22-year-old had an argument with his mother before the murder.

It was an average Wednesday.

What do these cases have in common? Most obviously, at the heart of them all are South African men said to have committed brutal acts of violence. Violence towards boys, girls, wives, fathers, sisters, brothers, mothers. In many countries, just one of these cases would be enough to inspire national soul-searching. In South Africa, the avalanche of such violence is so continuous and overwhelming that some of these cases will fail to even make national news.

As Wednesday’s snapshot of the courts makes clear, this male violence spans race, age and class. It is hard not to look at that court diary and think: What can be done about the problem of South African men?

Part of the issue is that we need a different conversation around male violence, suggests gender researcher Lisa Vetten. Male violence against women often tends to win more attention and arouse more public outrage, but that is only one aspect of the full picture of South African violence. “The ratio of men murdering each other, versus men murdering women, is about 5 to 1,” Vetten says. She suggests, in fact, that the emphasis in public discourse on violence towards women may unintentionally serve to reinforce destructive gender stereotypes: the notion that “real men” should “man up” and “protect our women”.

Instead, Vetten suggests that society needs to provide space for men to be considered vulnerable and victims, too. “We need to break the association between femininity and vulnerability,” she says. Government policy documents, Vetten points out, classify just about everyone who isn’t an adult male as “vulnerable”: women, children, the disabled. “But if men are the ones being murdered at five times the rate of women, surely they are the vulnerable group?” Vetten asks.

In many male-dominated institutions, Vetten points out, it is considered “unmanly” to express any weakness, or to snitch on another male – which can give rise to a culture in which violence becomes both normalised and hidden.

Though the crimes outlined above differ, some similarities can be perceived. In the case of the water polo coach accused of extensive abuse, for instance, the school was said to be perplexed by why pupils had kept the coach’s alleged crimes a secret from authorities. Called in to investigate, Johannesburg Child Advocacy Forum convenor Luke Lamprecht told the Sunday Times that the overall sentiment was: “We don’t talk out of our ranks.”

Lamprecht explained: “It’s this culture of ‘big boys don’t cry’ that is prevalent in boys’ schools.”

In the case of George Barkhuizen, accused of murdering his wife, Barkhuizen’s sons had also been victims of their father’s violence, and one has turned state witness. He told The Star that “since his mother died on June 11, Barkhuizen had been calling him ‘Judas’, intimidating him and even said: ‘Do you know that in Ireland if young boys betray their fathers, they get a knife to the chest?’”

Howard Oliver, meanwhile, accused of the rape and murder of Franziska Blochliger, is said to be a gang member bound by a vow of silence.

To prove your worth as man, it appears, means silently accepting – or perpetrating – violence.

“How do we reconstitute the idea of what is ‘masculine’?” asks Vetten. “We need to promote the idea that there are a lot of different ways to be a man, not all of which are violent. Look at someone like Desmond Tutu.”

Government, schools, religious bodies and NGOs all have a role to play, Vetten suggests, in shifting South African perspectives of what it means to be a man.

“We need to give alternative models of masculinity as much value as ‘being a hard man’,” Vetten says.

Lives are – quite literally – at stake. DM