Parliament: Police commissioner Phahlane asserts his authority over ‘independent’ Hawks as its acting head looks on 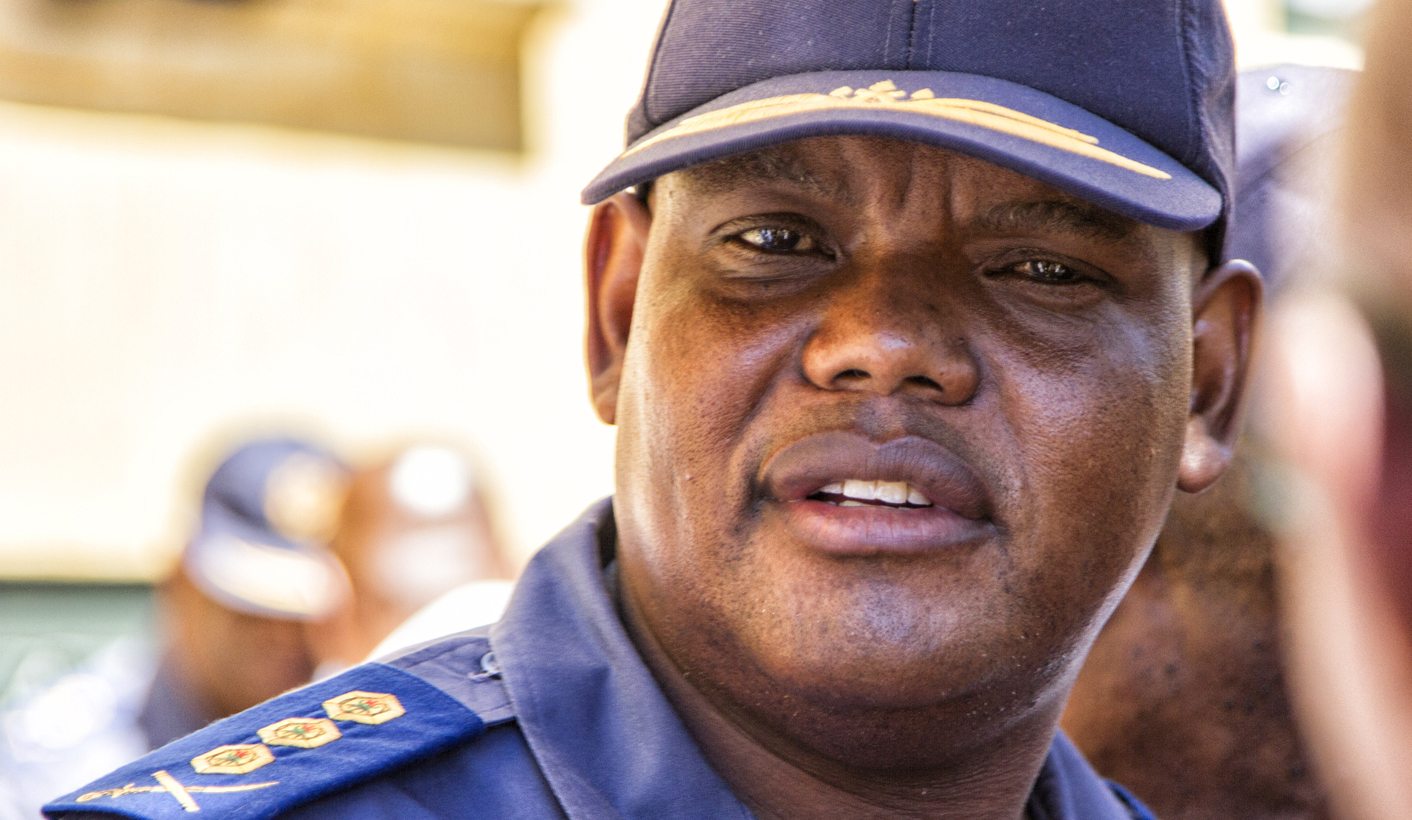 The Hawks, officially the Directorate for Priority Crime Investigations (DPCI), is limping along on a R351-million operational budget. That’s because 77% of its R1.5-billion allocation is spent on salaries, and the Hawks did not ask National Treasury for extra money for the current financial year. This emerged during Thursday’s briefing to MPs by newly appointed acting Hawks boss Lieutenant-General Yolisa Matakata, who repeatedly deferred to acting national police commissioner Lieutenant-General Khomotso Phahlane as he took the lead to talk on the budget, cases, efficiency, reorganisation and other issues of the statutorily independent directorate. By MARIANNE MERTEN.

According to the law the DPCI, or Hawks, is an independent directorate in the SAPS focused on investigating, preventing and combatting priority offences including serious organised crime, serious commercial crime and serious corruption. It was a hard fight for independence, all the way to the Constitutional Court. The legislation states clearly that the national Hawks head “shall manage and control all members of the directorate”. The Hawks are neither part of the SAPS annual report, nor its annual performance and strategic plans currently under parliamentary scrutiny.

But Phahlane, accompanied by several of his senior management team, made it quite clear: he was the accounting officer of all of the SAPS, and that included the Hawks, which was “not a foreign entity (but) located within the SAPS Act”. And while he let Matakata answer MPs’ questions, including those on the debacle over the so-called Shoshanguve coup plotter, Phahlane soon stepped in.

Yes, the Hawks failed to make a submission motivating for additional allocations for the current financial year, confirmed Phahlane. Instead the Hawks’ anti-drug and illegal firearms bureaus announced by President Jacob Zuma in his 2016 State of the Nation Address (SONA) would be staffed by existing employees. But the reorganisation to achieve this remained outstanding. It should have been completed earlier this year so the police minister could give the final sign-off, but it wasn’t. “I have yet to see the final version,” the acting national police commissioner told MPs.

Yes, the Hawks still are investigating cases that should actually be investigated by detectives, but those cases would be relocated to the SAPS as “we now have established that capacity in the detective service”. Phahlane said he’s instructed the acting Hawks head and senior SAPS managers to “expedite” this. Once the cases that are with the Hawks but that should actually be investigated by detectives were relocated, it would allow for “better management”. Spending 77% of the budget spent on staff salaries was normal, according to Phahlane: “What takes the biggest chunk in any government department is compensation of employees.”

Matakata listened and added nothing. At one stage police committee chairperson Francois Beukes indicated: “Let’s hear from the Hawks.”

When Matakata did address MPs it wasn’t quite clear if she wasn’t doing herself a disservice. Perhaps it’s the 15 years spent in crime intelligence before the former Western Cape Hawks head was appointed as the national deputy in December 2015, before being named in mid-April as the acting Hawks head. And the spectre of Lieutenant-General Mthandazo Ntlemeza, who is challenging his removal as Hawks head, loomed large in Parliament’s committee room V454.

Given the circumstances of her appointment, there was no handover, Matakata said: “I didn’t have any handover. I’m just working in the environment with what is there.”

Did Ntlemeza hand over his equipment? And was there truth in claims that case information was kept on his cellphone, which had now been wiped clean, asked MPs. “I would not think so. There can’t be cases on the cellphone,” she replied.

And again Phahlane stepped in when MPs had follow-up questions about Ntlemeza keeping files in the boot of his car. “There is a process called the handing over process. It is not overnight because stock-taking of the entire environment is undertaken,” he said. “We are pleased what had to come back came back.”

What came back included “a car with protectors”, the official cellphone, laptop and iPad, but none of it has been scrutinised. “It’s early days,” Phahlane said, adding that Ntlemeza’s court challenge to interdict Police Minister Fikile Mbalula from removing him as Hawks head was set down for next week.

There was much furore from MPs over last week’s arrest on charges of conspiracy to commit murder and others, according to a Hawks media statement, of Elvis Ramosebudi, from Shoshanguve, Pretoria. Since October 2016, under the name of respectively Anti-State Capture Death Squad Alliance and Anti-White Monopoly Capitalists Regiment he allegedly played both sides to solicit money to kill various people. When he appeared in court the charges were changed to a lesser “incitement to murder”.

MPs from across the political divide asked why resources were spent on a dubious investigation coming hot on the heels of last year’s abandoned pursuit of then finance minister Pravin Gordhan for approving a retirement package for a senior tax official after the Hawks failed to discover a South African Revenue Service in-house legal opinion giving the green light for this.

“There is no such allegation of a coup plot… When there’s an explanation from the outset the investigators will get a prosecutor… DPCI does not decide what you must be charged with. The National Prosecuting Authority decides,” Matakata said. And she stayed on message – the Hawks did not charge anyone, that was the National Prosecuting Authority – even if it didn’t quite explain why, if there is a prosecutor involved from the start, the charges against Ramosebudi were reduced from conspiracy to incitement.

Again Phahlane stepped in, saying the matter was before the courts and should be allowed to unfold. “One lesson we must learn out of this unfortunate matters, we must refrain from conducting investigations through the media,” he added.

It was a curious intervention as the official Hawks statement on the case was made after the arrest on April 26. But perhaps it was simply a case of taking the chance to take a dig when it presented itself.

Matakata persevered, mostly in silence, through the five-hour meeting on the Hawks budget hearing before MPs. However, the acting Hawks head was quite clear when it came to her reply to MPs’ questions on addressing the perception that the Hawks were a political instrument, politically influenced to pursue or not certain investigations.

“For us to have been perceived as this political instrument, it is for us to change that by delivering on our work,” Matakata said, again staying on message as the issue was put to her in different ways: “It is for us to show we are working and addressing cases mandated to us in terms of the legislation…”

And that, given the dynamics of Phahlane’s attitudes on show at Thursday’s police committee meeting, may yet prove to be an uphill battle. DM