A cry from the wilderness: Marius Fransman comes out to...

A cry from the wilderness: Marius Fransman comes out to bat for Andile Lungisa 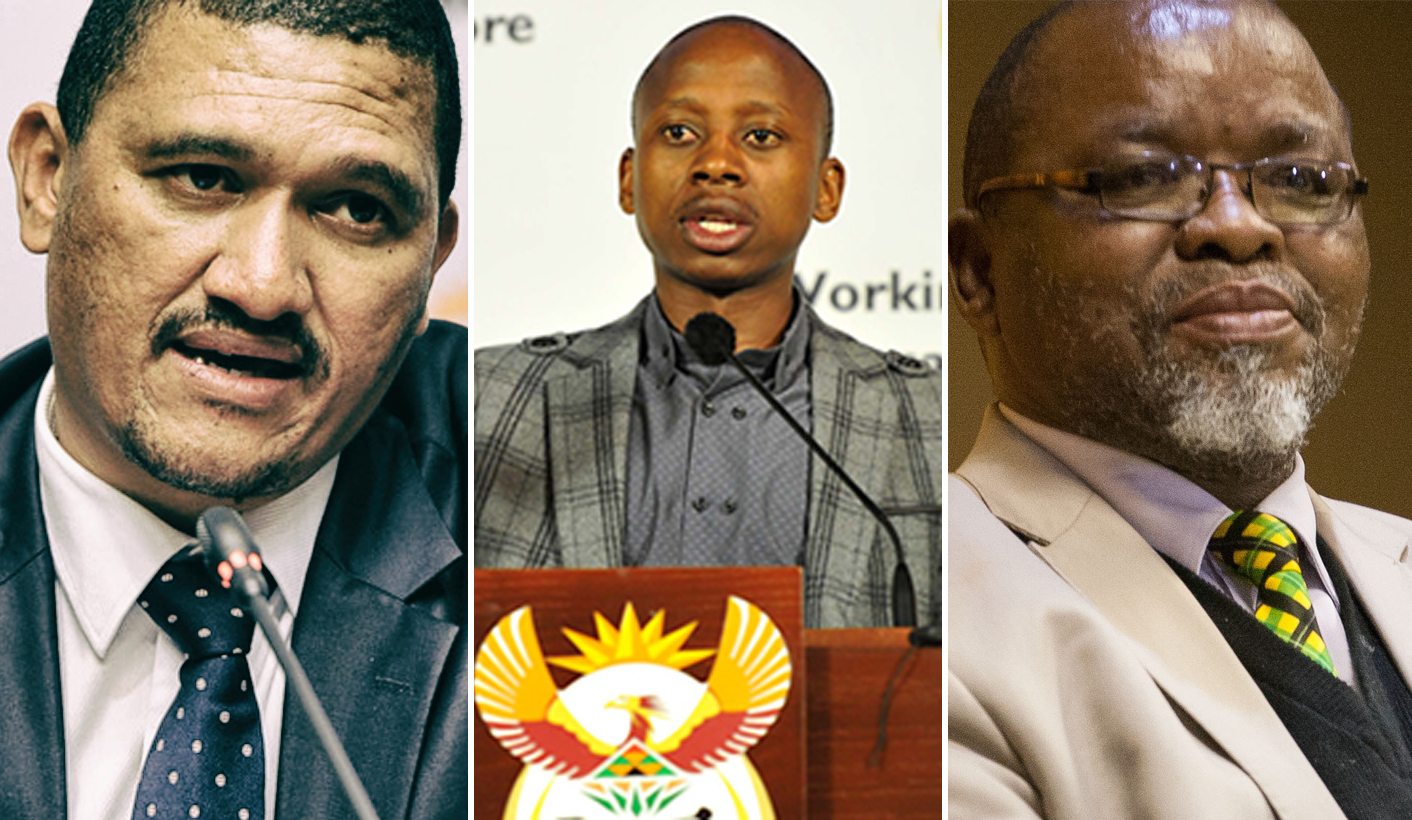 As Thursday’s deadline for the ANC’s newly elected Nelson Mandela Bay chair Andile Lungisa to step down came and went, suspended Western Cape ANC Chair, Marius Fransman, emerged from the political wilderness to bat for President Jacob Zuma’s anointed one. There is no love lost between Fransman and ANC Secretary-General Gwede Mantashe. On Thursday Fransman lashed out at Mantashe, accusing him of threatening Lungisa and abusing the ANC’s constitution. Lungisa, said Fransman, is a “visionary”. By MARIANNE THAMM.

Under Fransman’s divisive watch the ANC was never able to reclaim Cape Town from the DA. In this sense then, Fransman has set an example for Lungisa in the now DA-run Nelson Mandela Bay Metro.

Since his five-year suspension from the ANC in November 2016, on two counts of misconduct for “abusing his office for the purpose of attempting to obtain a sexual favour from Louisa Wynand and for making public statements which brought the ANC into disrepute”, Marius Fransman and his supporters have been mobilising for a political comeback.

Fransman was a key Zuma ally in the province, so much so that he defied his own suspension in July 2016 and shamelessly came out to stump for the President in the run-up to the local elections. The party, under Fransman’s watch, had become so dysfunctional that a team of NEC “big guns” had to be parachuted in, in a “caretaker” capacity, and in a vain attempt to “restore stability”.

Fransman’s campaigning with Zuma was a high-visibility up-yours to ANC members in a province where the party has been rendered almost irrelevant due to factional divisions and rampant patronage.

On Thursday Fransman, no doubt feeling emboldened by President Zuma’s explicit support of Lungisa, and still smarting from his own slapdown by Mantashe late last year, emerged from the wilderness and posted a long Facebook testimonial in support of Lungisa.

“Today my status go to a very young highly intelligent, very pragmatic, very grounded, analytical and visionary young man that held very senior positions at a young age including Deputy President of the YL, President of the Pan African Youth, and now Chairperson of a region – comrade Andile Lungisa.”

Fransman bemoaned the fact that in the past the ANC used to “groom” bright young stars – like himself, obviously – and “give one enough room to make mistakes but still guide in their stylish yet firm way”. But all of this has fallen sadly by the wayside thanks to Mr Nasty Gwede Mantashe who Fransman accused of “threatening the very being” of Lungisa.

He charged that Mantashe was “destroying” Lungisa and that the threat of a DC (Disciplinary Commission) had “become a mechanism that when you lose a conference, you must get rid of the popular elected leaders through such a process”.

Fransman is referring to his own Disciplinary Commission after Wynand charged the leader with sexually assaulting her in January 2016. Wynand’s statement to police and the Disciplinary Commission paints a sordid account of a senior leader offering a job to a woman young enough to be his daughter and then allegedly groping her during a car journey and later in a hotel room.

The ANC’s National Disciplinary Committee later found that Fransman had shown “no political understanding of one of our fundamental objectives of the ANC… the support for and advancement of women’s emancipation” and that he had also “showed no remorse for his conduct”.

Fransman has consistently maintained that he is innocent, that the charges lodged by Wynand had all been part of an “orchestrated” campaign by his “political enemies”. He is determined to have his suspension over-ruled. But for now he is, politically, dead meat.

The suspended leader has also never challenged the veracity of a series of inappropriate WhatsApps he sent to Wynand, and which read on their own are evidence of a man, a senior politician, who has overstepped decency.

Fransman has since been busying himself working for the rights of the Khoi, San and Bushman communities and as recently as January 17, 2017 issued a statement as “ANC Western Cape Chairperson” even though he is no longer in the position.

On Thursday Fransman supported Lungisa’s assertion that Rule 17.4 of the ANC constitution – that a member of a higher structure may not contest a lower one – had been incorrectly interpreted and that only the NEC is able to order him to step down. ANC provincial secretary in the region, Oscar Mabuyane, had asked Lungisa to step down by Thursday or face disciplinary action. Lungisa has opted to hold off on making a decision until after the NEC meeting on Friday.

Mantashe had earlier requested Lungisa to back off from standing for the position and had later reported him to the national disciplinary committee after Lungisa had rejected the SG’s request.

Fransman on Thursday did not waste the opportunity to lash out publicly at Mantashe, saying, “I call on the NEC to take note of the serious transgressions by the SG Mantashe in the name of the office of the SG.”

Fransman added, “I call on Cde Andile not to despair. I call on Andile to recognise that important offices that suppose to be the custodian of good values can also be infiltrated to create havoc and create a sense of disillusionment – but I call on you, young man, not to blame the organisation but to realise that individuals being entrusted with critical responsibility can indeed fail the values and esteem of the very offices they hold!”

As an elder steeped in the contemporary ethos of Jacob Zuma’s ANC, Fransman finally offered, “As a cadre and as a leader, I do apologise to you comrade Andile Lungisa for the humiliation and adversary [sic] you face. Matla!”

Fransman’s support – clearly offered in the slipstream of President Zuma’s public support of Lungisa, particularly in relation to defying Mantashe – is an indication of serious divisions in the ANC’s top structure. Whether Fransman’s emotional missive will hinder or hamper Lungisa’s position remains to be seen. Perhaps it will have no effect at all as Fransman has been rendered all but irrelevant in Western Cape political life – apart from on Facebook, that is. DM