House of Cards: General Ntlemeza fights to remain the Hawks head, Minister Nhleko supporting him all the way 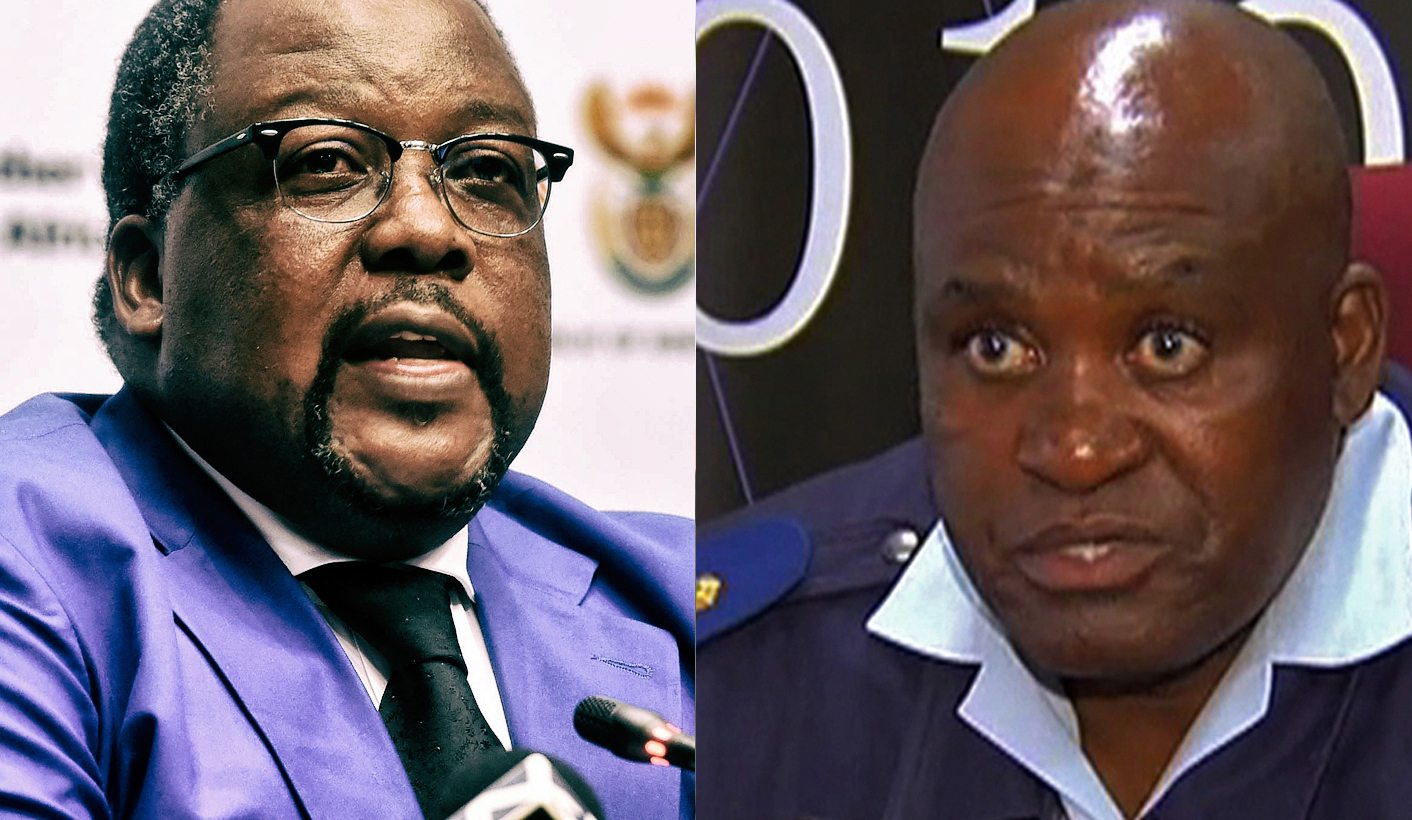 On Wednesday, Hawks head Lieutenant-General Mthandazo Ntlemeza filed an application for leave to appeal a judgment handed down by the Pretoria High Court, setting aside his appointment as head of the country’s top crime fighting unit. Ntlemeza is being supported by Minister of Police Nathi Nhleko who has also appealed the ruling by Judge Peter Mabuse. Both Ntlemeza and Nhleko argue that Friday’s order was made based on “pronouncements” by Judge Elias Matojane in the Shadrack Sibiya suspension matter that Ntlemeza is dishonest and lacks integrity and that he had not been provided with an opportunity to defend himself. By MARIANNE THAMM.

Lieutenant-General Mthandazo Ntlemeza’s lawyers are optimistic that the controversial Hawks head has a “reasonable prospect of success” in seeking to appeal Friday’s ruling by a full bench of the High Court in Pretoria that Minister Nathi Nhleko’s decision to appoint Ntlemeza in September 2015 had been irrational and that the Hawks head lacked the honesty, integrity and conscientiousness to hold public office.

The central argument in Ntlemeza’s notice of application to appeal, filed with the High Court in Pretoria on Wednesday, is that there was no evidence to support Judge Elias Matojane’s scathing findings on Ntlemeza in the Sibiya matter and that these had been made without giving the top cop an opportunity to defend himself.

“With respect, the learned judge erred in making the pronouncements without first giving the Second Respondent [Ntlemeza] an opportunity to deal therewith,” reads Ntlemeza’s application.

Ntlemeza claims in his notice that his written responses to Judge Matojane’s finding on his character were indeed “furnished to the interview panel and latter dealt therewith”.

During the hearing, Judge Selby Baqwa suggested that Nhleko’s failure to present the Matojane judgments to the panel rendered the entire selection process “a sham”.

However, Ntlemeza is now counting on the fact that “profoundly, another court could come to the conclusion that the Second Respondent [Ntlemeza] dealt fully with the pronouncements by the learned judge in the memorandum accompanying the application for the official post in question”.

Judge Peter Mabuse’s finding on Friday with regard to Nhleko’s appointment of Ntlemeza Friday was scathing:

It is a peculiar word, “lapidary” – taken from the latin lapis or stone. In this case Judge Mabuse appears to be referring to the Matojane judgments as being “engraved” on Ntlemeza, whose appointment appears to have been born in sin.

In March 2016 Daily Maverick revealed that Nhleko and the selection panel did not share any reservations with regard to Ntlemeza’s appointment in the Ministry of Police’s Cabinet memorandum on their preferred candidate.

Judge Matojane’s comments should at least have been flagged in the memorandum, said insiders, as this might have alerted some Cabinet members as to Ntlemeza’s unsuitability for the job. The memorandum dated August 24, 2015, was marked “secret” and had been signed off by Nhleko. It outlined also how there were no further areas for development identified in Ntlemeza’s case and that his performance in his interview had demonstrated “an in-depth knowledge of the area of work, and a high level of proficiency to function at this level”.

Ntlemeza was subsequently appointed at an unusually generous R1.6-million a year, which also came with a seven-year contract.

Ntlemeza’s trail of destruction, it appears, has criss-crossed the country.

“On Christmas eve, 2014 Dramat had written to Police Minister Nathi Nhleko, ‘No doubt you are aware that I have recently called for certain case dockets involving very influential persons to be brought or alternatively centralised under one investigating arm and this has clearly caused massive resentment towards me’.”

Dramat soon found himself without a job.

Booysen too was later suspended – in September 2015 – shortly after Ntlemeza’s appointment by Nhleko. It was a suspension that was later overturned by Judge Anton van Zyl in the Durban High Court. Van Zyl censured Ntlemeza’s conduct in the Booysen case.

The Independent Police Investigative Directorate, headed by Robert McBride, whose suspension by Nhleko was also overturned, is currently investigating Ntlemeza on charges of perjury related to the Booysen case.

Ntlemeza is also facing another investigation dating back to his tenure as deputy commissioner in Limpopo. In this matter, a report by Lieutenant Boitumelo Ramahlaha, who was stationed in Limpopo, to Ntlemeza about a fellow officer who was making false travel claims was allegedly ignored. The implicated officer was, at the time, understood to be dating Ntlemeza’s daughter.

Ramahlaha had reported the case to IPID, still headed then by McBride before his suspension. After this Ramahlaha learned that HE was being targeted by the Hawks and in 2016 filed charges of corruption and defeating the ends of justice against Ntlemeza after the police docket from the original case had “gone missing”.

So, while Ntlemeza, Nhleko and their legal teams might be optimistic that the Hawks head will be granted leave to appeal Friday’s damning judgment, Nhleko will still have to face Parliament’s portfolio committee on police on April 7. A special meeting has been called by chair Francois Beukman “to discuss the matter in detail”.

Meanwhile Ntlemeza still occupies the top job, albeit with an eternal lapidary against his name. DM