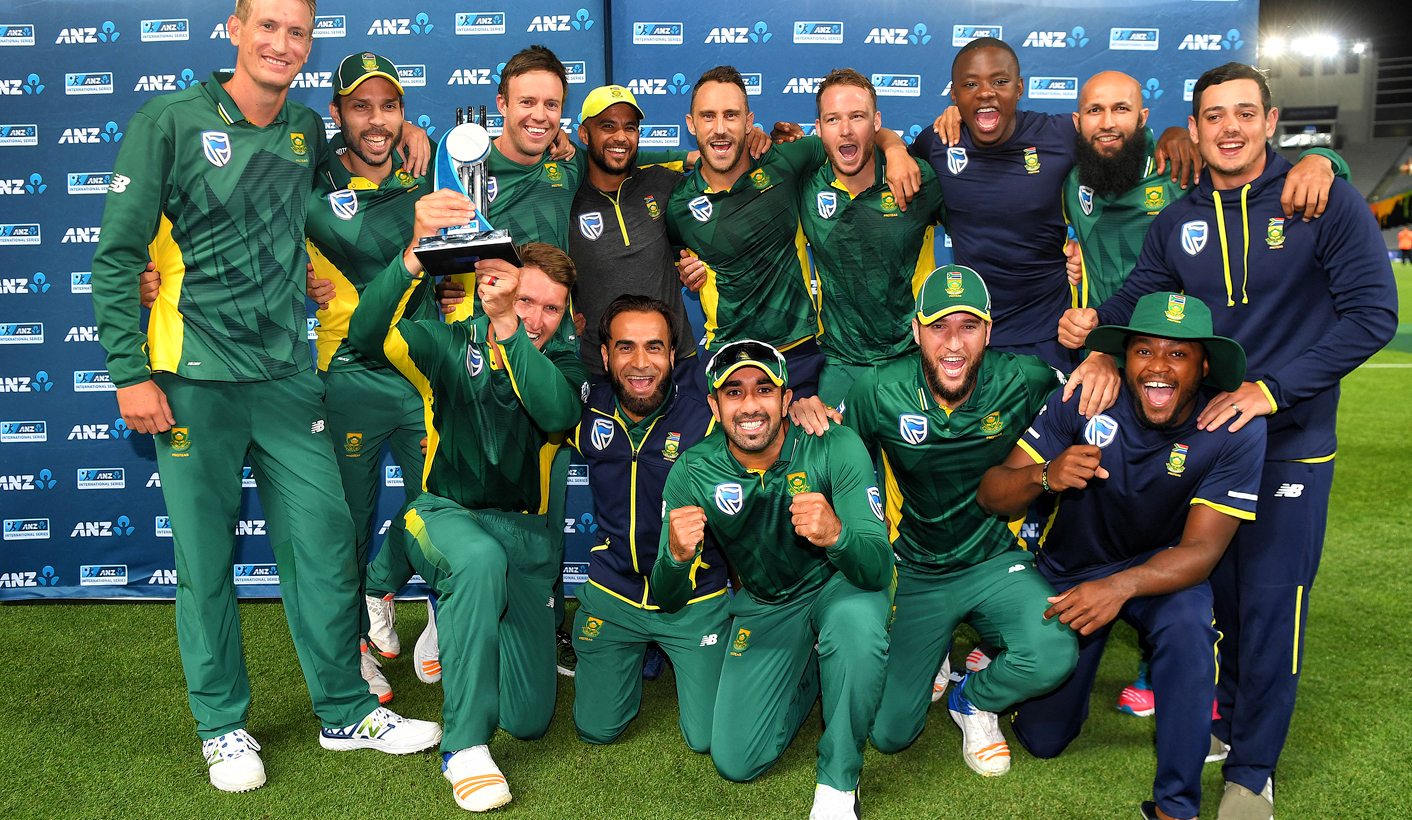 Fewer no balls, bowling teams out and a batting line-up that more often than not delivers in crunch situations – these are all the boxes South Africa are ticking ahead of the Champions Trophy. It’s no wonder captain AB de Villiers believes in his heart that the team can go on and win it – not that he’d make a silly statement like that, of course. By ANTOINETTE MULLER.

Played 38, won 25, lost 12. That is South Africa’s record in one-day cricket since they lost the 2015 World Cup semi-final. No other team has a better win-loss ration than them in that time period.

It’s a pretty good effort considering the side has had to contend with all sorts of disturbances, from one of their key bowlers Kolpaking off to their coach being told he’ll have to reapply for his job at the end of their tour to England.

It’s no surprise, then, that captain AB de Villiers is feeling pretty chipper as the Champion’s Trophy looms.

“I felt ready for the Champions Trophy before this tour but this was a really good test for us. I truly believe we are ready,” De Villiers said after South Africa sealed a 2-3 series victory over New Zealand at Eden Park at the weekend.

South Africa still have three one-day internationals against England to make the final tweaks to their preparations before the tournament begins, but De Villiers is brimming with confidence.

“It will be silly for me to say ‘yes we are going to win it’ even though I believe that in my heart,” De Villiers said, while quickly adding, “No one is going to make silly statements like that.” Having just made said silly statement.

“We are going there to win and I think we are ready, so if all things go well I think we will be there at the end of the tournament.”

Despite a few challenges, the one-day team has excelled over the last few months. They completed two 5-0 series wins on home soil and engineered victories out of crunch situations over in New Zealand.

The batsmen have played their part – they’ve managed totals of 350 or more on five occasions and whenever a target has seemed out of their reach or as if a collapse was imminent, somebody has put in a special effort. In the last 16 ODIs, Faf du Plessis has been particularly impressive, having scored 860 runs at an average of 61.42 – including three 100s and four 50s. He has never performed better in a season. But it’s South Africa’s bowlers who have been central to their success.

Despite some mild panic that they’d have to rethink their strategy with Kyle Abbott out of the picture, South Africa find themselves in the enviable position of boasting bowlers who can be adaptable – not just to conditions, but to the roles assigned to them.

The opening pair have played a bit of musical chairs, but that’s not necessarily a bad thing. Wayne Parnell has taken the most wickets in the first 10 overs (eight) of those who have opened the bowling in the last 10 ODIs, but settling on an opening partnership is not something South Africa are too fussed about.

And why would they need to settle when they have bowlers who can take 10 wickets almost every time? In their last 16 matches, the bowlers managed to bowl the opposition out 10 times. They came close (eight or nine wickets) on a further two occasions. This, the captain believes, is at least in part down to the variety the bowling attack offers.

“We’ve bowled teams out consistently. Even though we don’t have four or five seamers all around 145kph, we have a variety of seamers who can bowl really well together with Imran Tahir, who is a strike bowler in his own right. There’s a very nice mix of control, pace, aggression and a bit of calmness, which makes it very nice for me to captain the side.”

While there are still a few nerves towards the latter part of the bowling innings, it’s not nearly disastrous. The bowlers have also been incredibly consistent. In those 16 games, there has been just a single no ball bowled. The only team with a better record in that time period is Bangladesh, who have played almost half the number of matches. Compare that to the 14 matches leading up to the previous Champions Trophy in 2013 (when Alan Donald was still in charge), where they conceded 14, and it’s easy to see why De Villiers is feeling so upbeat.

For now, though, the box-ticking will have to wait until May. Those who straddle the formats will turn their attention to the three-match Test series beginning later this week as they continue their quest to wrestle their way to the top of the rankings. DM