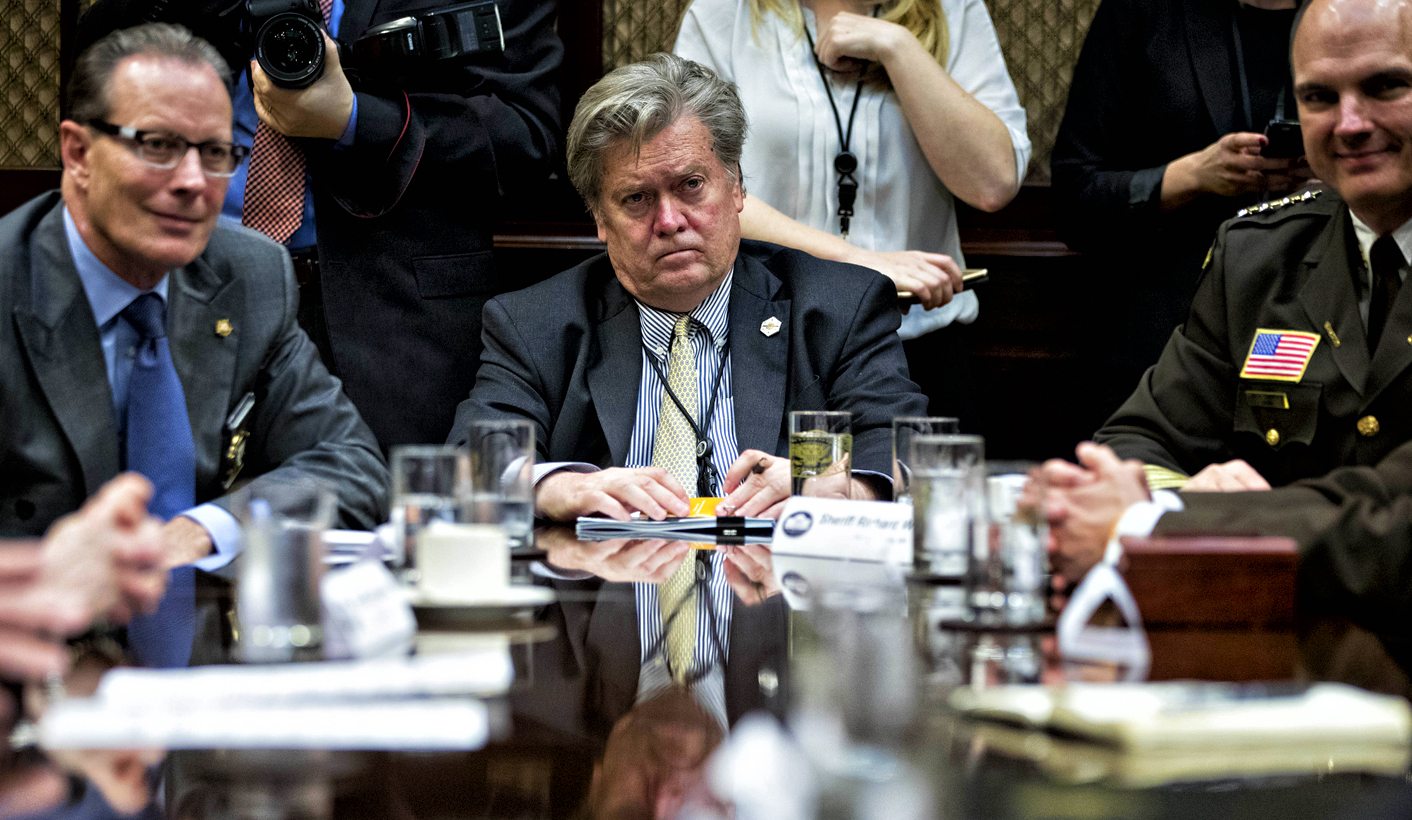 Beware of alarmist warnings of an imminent risk from Islamic State in South Africa in context of Donald Trump’s rise to power in the US. By JASMINE OPPERMAN, director, Terrorism Research & Analysis Consortium.

Several commentators have asserted that South Africa is presently at a greater risk than ever before of an Islamic State attack. Very little evidence is forwarded for these alarmist warnings, apart from references to the election of US President Donald Trump.

The causal link between Trump, South Africa and IS is hard to follow. Yes, Trump’s policies, exactly like those of his predecessor, will probably serve as a catalyst for ongoing IS targeting of US and Western interests worldwide – including SA – should the opportunity arise and if the cost-benefit calculation makes sense from an IS perspective.

However, to simplistically jump from Trump’s election to an imminent IS attack in SA is perhaps a little naive, distinctly ideologically coloured and frighteningly alarmist. Moreover, such arguments completely ignore two very important variables:

In this respect, the following may be considered:

Is the Islamic State present in South Africa?

Yes, the Islamic State is present. Their presence currently is one of seeking an expanding and organised footprint from where the access point of IS propaganda and supporters could be eased. The most recent de-radicalisation process had a clear instruction to the targeted person: “the need for an organised presence is much needed than lone individuals stating their support”.

Has the Islamic State, be it via propaganda messages or instructions, communicated an instruction to execute an attack?

In the monitoring of Islamic State social network accounts, South Africa has not featured in prominent propaganda publications, such as Dabiq, now titled Rumiyah.

Screenshot of the Islamic State Propaganda Magazine, Rumiyah, being announced on IS Telegram channels.

Caution must however be applied in that the Islamic State will not expose planning to formalise an organised presence in using specific states as examples. It is only when an organised presence is gained that the propaganda voice will exploit the presence to announce its so-called ever expanding presence. Instructions to execute an attack are also well secured via encrypted messages and closed chat rooms that change on a daily basis.

For now the Terrorism Research & Analysis Consortium (TRAC), be it via monitoring and direct engagements, have not determined any specific intent to execute an attack on South African soil.

Does the Islamic State have the capacity to execute an attack?

Capacity (referring to numbers) is not a reliable indicator to determine the probability of an attack. The Islamic State uses various means to execute attacks, means that only need a small number of supporters.

There are generally three types of attacks South Africa should be prepared for:

The Islamic State relies on individuals, guided by their propaganda messages, to execute attacks on their own initiative. These attacks are often reliant on the individual’s state of commitment and knowledge on use of weapons to secure high impact attacks (casualties). For South Africa, currently this remains an ever present reality that cannot be ignored, with the presence as prelude for such an attack already confirmed.

The Islamic State plays a more active role in these types of attacks, where an individual, be it from the Caliphate or other areas of presence, guide an another individual on what will be required to execute attacks. The individual is thus not left to his/her own devices, but is convinced of the need of the attack, and assisted in the types of attacks and targets and weapons required. The actual planning and execution of such attacks are left with the executioner. Confirmation of such interactions remains aloof.

(Exposed by Rukmini Callimachi, correspondent for The New York Times, focusing on al-Qaeda and ISIS).

The Islamic State is not a conglomerate of madmen executing attacks in an ad hoc manner. Attacks serve a purpose, be it propaganda value or expanding its presence in an organised manner. It is planned to precision, be it tactical or strategic. An attack in South Africa will not be the exception – a directed and enabled attack will only be executed once IS has measured the timing and value that can be derived from such an attack. Assessing the current status of the Islamic State in South Africa, an attack will be premature, draw law and order forces’ attention and therewith negate the opportunity to expand its footprint, which will come in handy as the Caliphate itself is losing ground.

Does South Africa provide the opportunity for attacks?

As with all other countries, the opportunity is ever present, be it shopping malls, airports, hotels or places of entertainment. An important factor is that the Islamic State prefers execution of attacks where there is a gathering of people from various destinations whereby attacks are not only geared towards South Africans, but there are foreigners present at such places. This leads to the question of what is being done to limit the scale of opportunity? Sadly, the public is left blind on this matter, with security company deployments at public places not trained in responding to a terror attack, a public ill-informed on how to respond should such an attack occur, and questions regarding the ability of the South African Police to respond and deal with such an incident.

Is the Presidency of Donald Trump an accelerator for attacks in South Africa?

Here, reference is made to the previous article published: What a friend extremists have in fundamentalist democracy. President Trump has not featured prominently in Islamic State propaganda, thereby not indicating an absence of interest, but most probably an indication that policy recommendations perceived to be seen as targeting Muslim Nations are enabling an environment of ever growing divides, the exact environment the Islamic State has successfully exploited in Iraq/Syria, Sinai and Libya to expand its footprint. With the current presidency focused on domestic promises made during electioneering and countering the Islamic State in the Middle East, the implications thereof for South Africa remains limited. For now, the consequences of the Trump administration would rather facilitate an expanding footprint in South Africa that acts as accelerator for attacks.

Answering these basic questions takes us back to the question: So are we to face a terror attack in South Africa from the Islamic State? The question is irrelevant in the context of the evolutionary nature of the Islamic State. Indicators do tell a story of an Islamic State footprint expanding, that normally serves as prelude to attacks. Still, it all remains at best speculative and it would do South Africa well to focus on what can be done to counter any increased probability of an attack. DM

Photo: Steve Bannon (C), chief strategist for US President Donald Trump, listens during a session with US President Donald J. Trump meeting with county sheriffs during a listening session in the Roosevelt Room of the White House in Washington, DC, USA, 07 February 2017. EPA/ANDREW HARRER / POOL