Another South African Horror Story: When the state fails its people 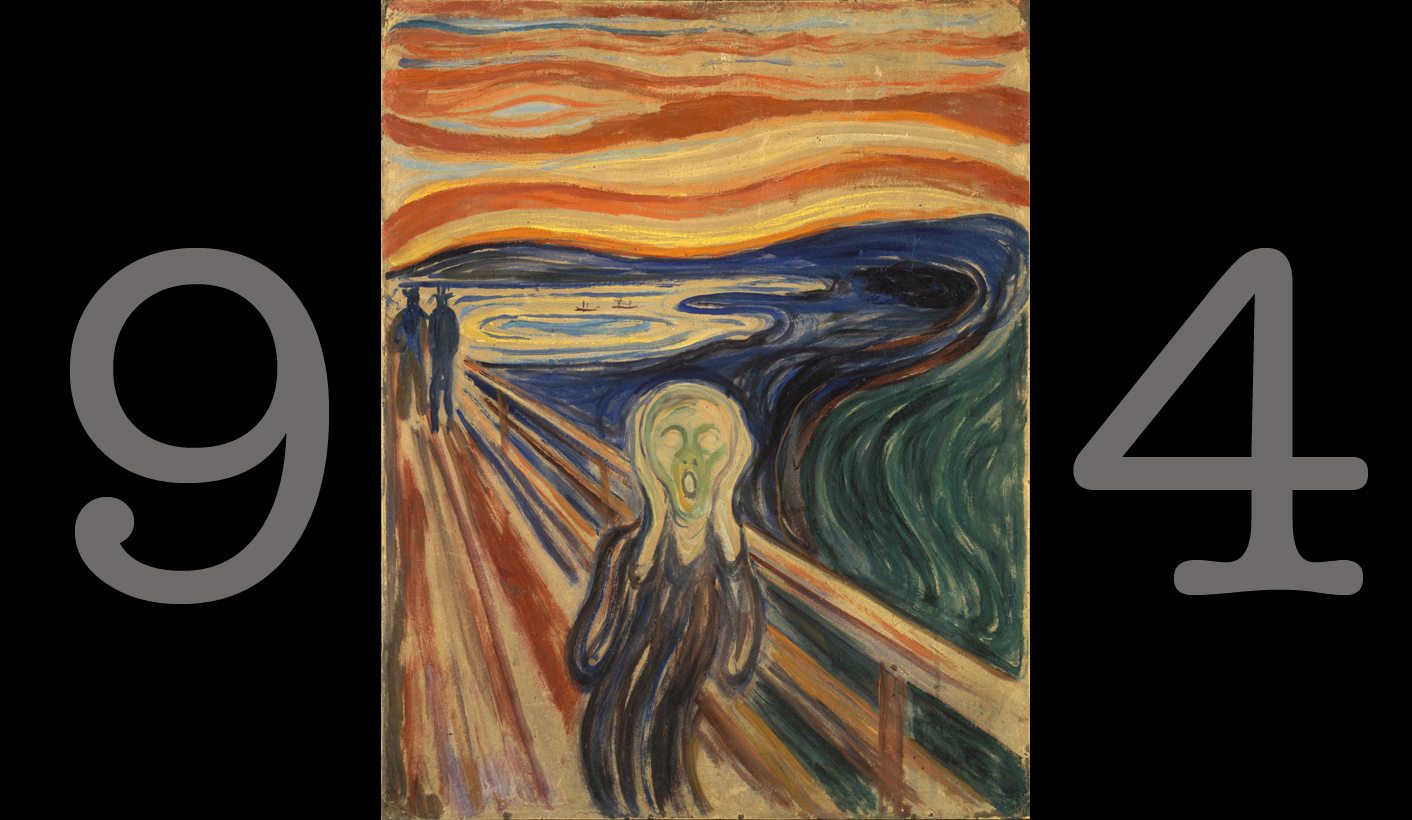 “There must be better performance of government and its responsiveness enhanced. The trust deficit between government and citizens must be closed.” These are the words of Gauteng Premier David Makhura in 2015 when he initiated what he called an “activist government”. Now there are questions about whether he was aware that mentally ill patients were dying as a result of the negligence of his government. Makhura is seen as one of the “good guys” but his administration is part of a government system that also puts the livelihood of 17-million grant recipients at risk. How many more people have to die at the hands of an uncaring state before the incompetence is confronted? By RANJENI MUNUSAMY.

The words used by Health Ombudsman Professor Malegapuru Makgoba in his report into the deaths of at least 94 mentally ill people from the Life Esidimeni facilities are chilling. He said the decision taken by the Gauteng Department of Health to move the patients to unlicensed NGOS was “fundamentally flawed, irrational, unwise and inhumane”.

There is no way to dress up or justify this wilful and gross negligence. It was not an oversight or something that occurred by accident. It was a decision taken because the Gauteng Department of Health felt that government was paying too much for the care of Life Esidimeni patients and believed shunting them off to ill equipped NGOs would cut costs. MEC Qedani Mahlangu and her officials were not bothered about the welfare of the patients or whether the facilities were competent and properly licensed. Their primary concern was the budget implications. They would not listen to concerns of lower-level staff and did not care about the complaints from families.

Let us not pretend that this incident is a rare occurrence in our country.

If people had not died, South Africa would probably not have paid attention as the abuse and neglect of the most vulnerable in our society is not uncommon. The 1,371 patients who were moved from Life Esidimeni were unable to look after themselves and unable to call for help when they were placed in facilities that were ill-prepared to care for them. They could not protest or raise public awareness of their plight.

They did what many South Africans do when there is no alternative: live and die under inhumane conditions.

Without medication and proper care, some of the patients became sick. The most common cause of death was pneumonia, followed by uncontrolled seizures. Some were dehydrated and starved to death.

It is a horror story the mind cannot fully comprehend. The human suffering that preceded the deaths is unimaginable. The pain of the families having to make peace with the manner in which their loved ones perished is immeasurable.

As a result of Makgoba’s report, a government task team has been appointed to relocate the other patients still at the unregulated NGOs. They will identify public health institutions that are properly equipped to care for mentally ill people.

Gauteng Premier David Makhura said he would urgently implement the Health Ombudsman’s recommendations “without any reservation or delay”. On the eve of the release of Makgoba’s report, Mahlangu resigned. In some quarters, she is being congratulated for falling on her sword – taking responsibility for failures is rare in the South African government.

But Mahlangu’s resignation does not correct what happened, nor does it exonerate her from responsibility for the deaths. In July last year, Mahlangu’s department issued the following statement:

“The Gauteng Department of Health wishes to inform the public that the process to move patients from Life Esidimeni to NGOs and psychiatric hospitals is now complete. According to information at our disposal, all NGOs are capable of taking care of patients. MEC Mahlangu visited two NGOs and was satisfied with the conditions as well as the level of care and she plans to visit other NGOs in future.

“Gauteng Health MEC, Ms Qedani Mahlangu said: ‘We wish to assure the public that all minor issues of concern are currently being attended to and should be resolved in due course. We call upon family members who might have concerns about patient transfer to interact directly with the department’.”

Mahlangu cannot therefore plead ignorance about anything that happened as she gave an undertaking to the South African public that the NGOs were “capable of taking care of patients”. She called all the complaints received “minor issues of concern”.

The question now is where does the buck stop. The ANC Youth League and Economic Freedom Fighters have laid criminal charges against Mahlangu and Makhura and there are calls for the premier to step down.

According to evidence given to Makgoba, Makhura was unaware of what was going on until the Democratic Alliance (DA) asked Mahlangu about the Life Esidimeni issue in the provincial legislature in September last year. It is strange that he had no knowledge as the matter had been in the public domain for some time prior to that.

However this goes against how Makhura himself pronounced that his government would operate. In an interview with Daily Maverick in June 2015, Makhura said he had initiated “an activist government that takes politicians to the coalface of state services”.

He established a “service delivery war room” with officials from all municipalities and government departments in the province. This was because government’s response time was “too slow and too lethargic”.

“If a problem is reported, we know who is responsible and can report progress to the affected citizen,” Makhura said at the time. “No issue should be in the public domain for 24 hours and government is not seen to be dealing with it. The MECs must go to the ground and take the heat. If there is government failure, go to our people and say when we are going to fix this.”

Something of pride for Makhura at the time was the unannounced visits that he and his MECs were conducting at schools, hospitals and police stations. “We need to establish the reality on the ground. That’s why we don’t tell them when we are going and find them the way they are.”

Makhura and some of his MECs took the pledge of an activist government seriously. Gauteng Education Panyaza Lesufi is as hands-on as they come, even announcing his cellular phone number in radio interviews for people to call him with problems they experience. There are still plenty of problems in the education system in Gauteng – as was evident in the online school registration – but Lesufi is responsive to complaints and takes responsibility for what happens in his department.

If Makhura can take credit for Lesufi’s successes, how can he not take responsibility for Mahlangu’s failures? He had set up his government to be a model for how national government should be operating. He wanted his administration to be a well-oiled machine, an island of excellence far removed from the chaos and incompetence nationally.

How then did his “war room” not pick up the Life Esidimeni disaster as it was unfolding? Why did the complaints of the public, civil society organisations and the DA not set off alarm bells? Why was there no reporting mechanism on the Life Esidimeni issue? If Mahlangu hid the issue from the provincial cabinet, why was she not fired in September when the DA raised it in the legislature?

Makhura’s government was the ANC’s last hope to retain control of Gauteng. In the interview in 2015, he said: “The trust deficit between government and citizens must be closed.” If his government could not be trusted to take care of the most vulnerable in society, what about the rest?

There is no doubt that Makhura and many others in the Gauteng government are dedicated to their jobs. It is the weakest links that make them fail – on this issue Mahlangu certainly was a weak and deadly link.

There are far too many people in government who dabble with people’s lives with no consequences and no accountability. The country is on the brink of a major catastrophe if 17-million people are unable to receive social grants in April. Yet there is no alarm from the Presidency and Cabinet. Millions of households around the country are entirely dependent on social grants for survival and the consequences of payments being held up are cataclysmic.

Social Development Minister Bathabile Dlamini should be held accountable for her department’s failure to appoint an agency to replace Cash Paymaster Services, but she is arrogantly dismissive, knowing she will face no repercussions.

It is a common phenomenon for political leaders to betray their commitment to serve the public without any consequences. Too many people use the state as a feeding trough and view the people they are meant to serve with disdain. They have no compassion for the suffering of others, whether it is mineworkers asking for a living wage, poor people needing grants in order to live, or mentally ill people who cannot even perceive the full horror of their ill-treatment.

A brief statement from President Jacob Zuma’s office on Thursday afternoon gave no indication that the deaths of 94 people was a national tragedy or that negligence and incompetence prevalent throughout the government system would stop. This means that the tendency of the South African state to fail its people will continue. DM